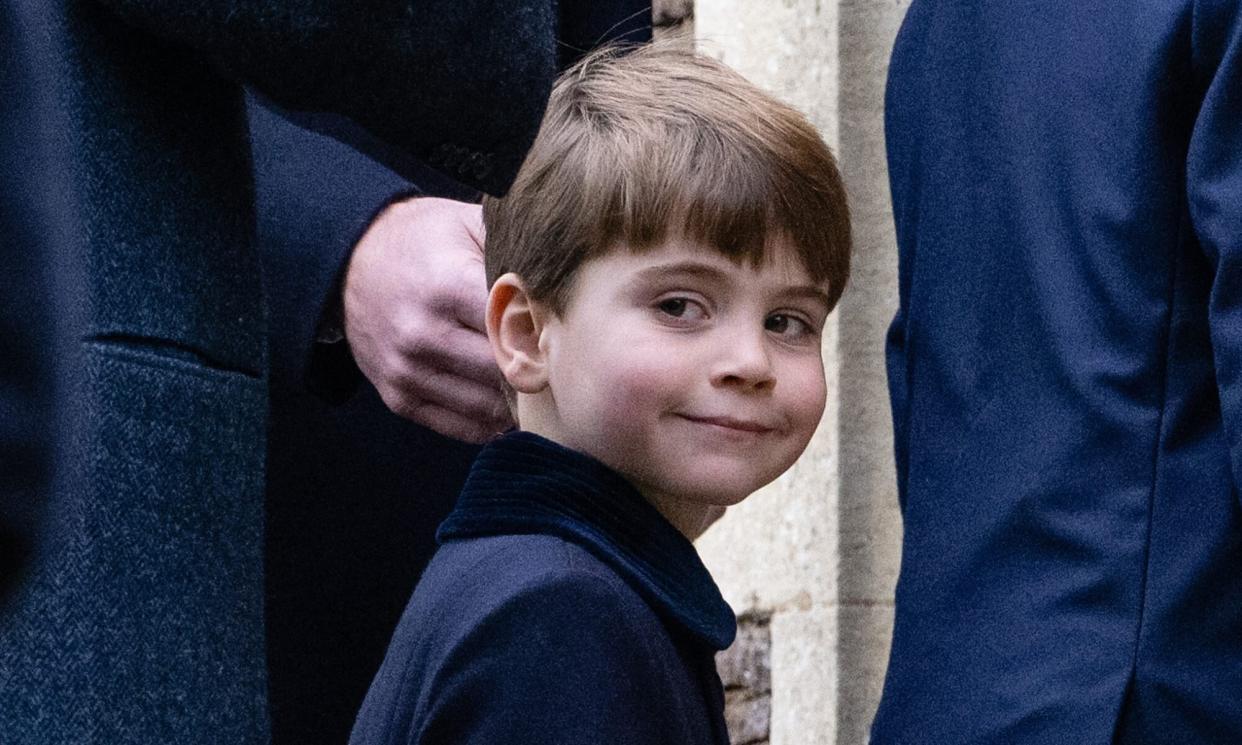 Kate Middleton and Prince William’s youngest child joined his parents and siblings — Prince George and Princess Charlotte — at the royal family’s holiday church outing on Sunday, marking his official debut at the annual event. Although Louis, 4, appeared to attend the church service at St. Mary Magdalene last year, COVID-19 precautions prevented the royals from doing their traditional walk to the service as well as meeting with members of the public.

Prince Louis held his mom’s hand as the family made their walk, lagging slightly behind his parents and siblings.

The young royal sported a long navy jacket over shorts with knee socks — a traditional look for British royal boys that Prince George also routinely wore until he was a little older and started wearing pants.

RELATED: See the Royals’ Holiday Cards Through the Years 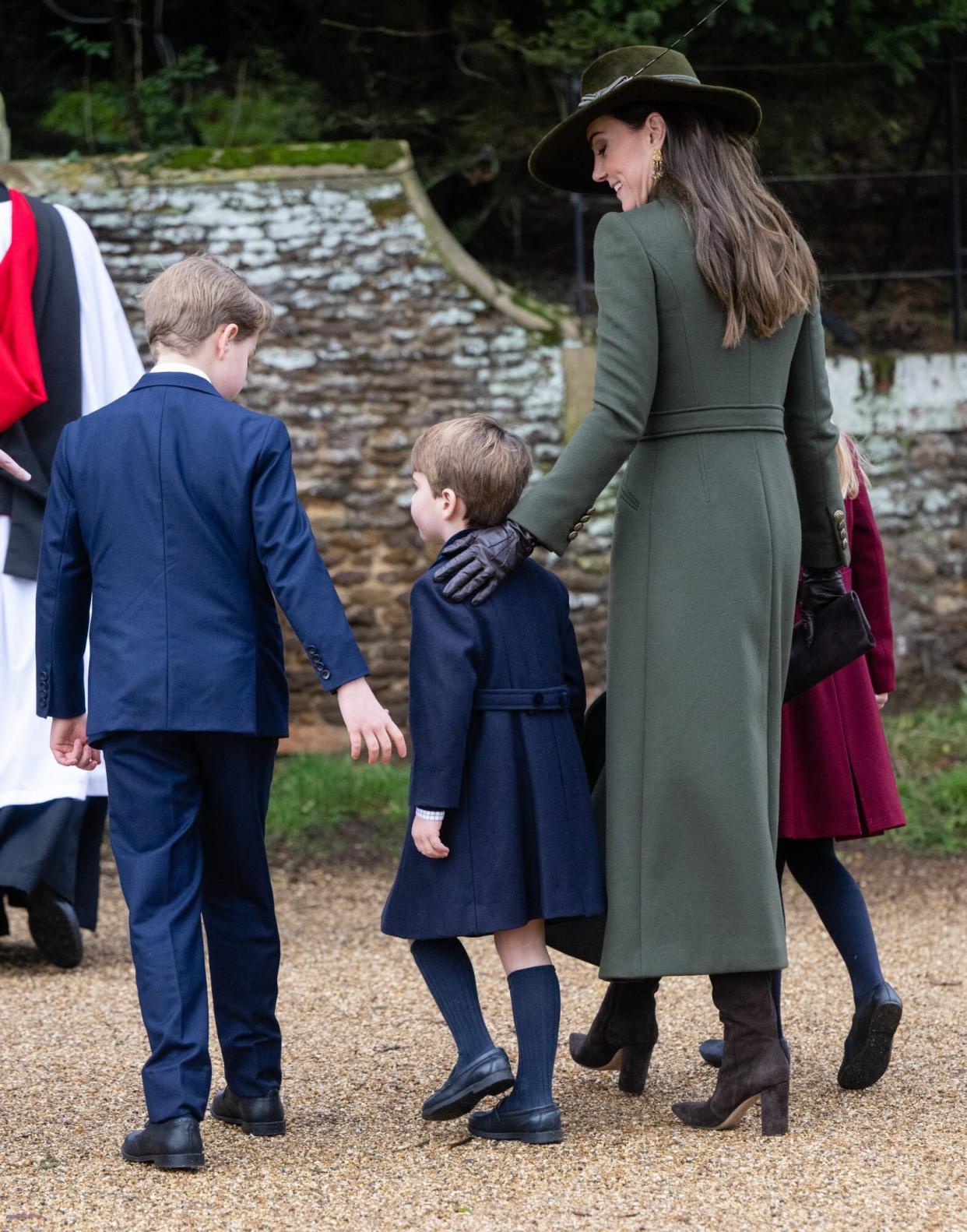 Following the church service, Prince Louis joined his family in greeting members of the public — although he seemed eager to get home, pulling Kate’s arm to hurry along at one point!

Prince Louis wasn’t the only young royal to make his first Christmas walk on Sunday. Zara and Mike Tindall brought along their daughters — Mia and Lena — for their holiday debut, although their 1-year-old son Lucas stayed home. 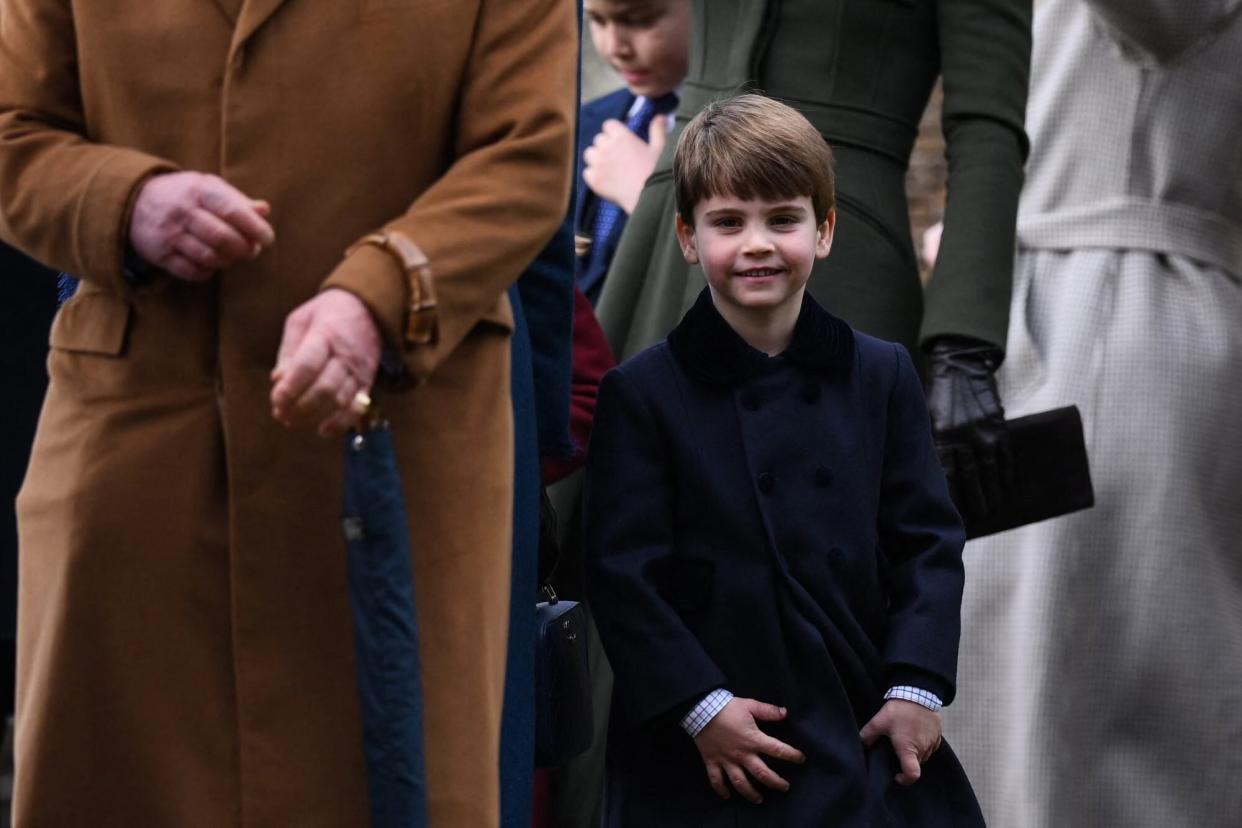 In addition to this being their first royal Christmas outing as a family of five, this year marks William and Kate’s debut at the event as the Prince and Princess of Wales. King Charles officially gave the titles to his eldest son and daughter-in-law after Queen Elizabeth II died in September.

Prince George, 9, and Princess Charlotte, 7, made their Christmas debut with the royals in 2019. The two eldest Wales kids are now old enough to join the family at events, including a memorial service for their great-grandfather Prince Philip in March and the funeral for their great-grandmother Queen Elizabeth in September. 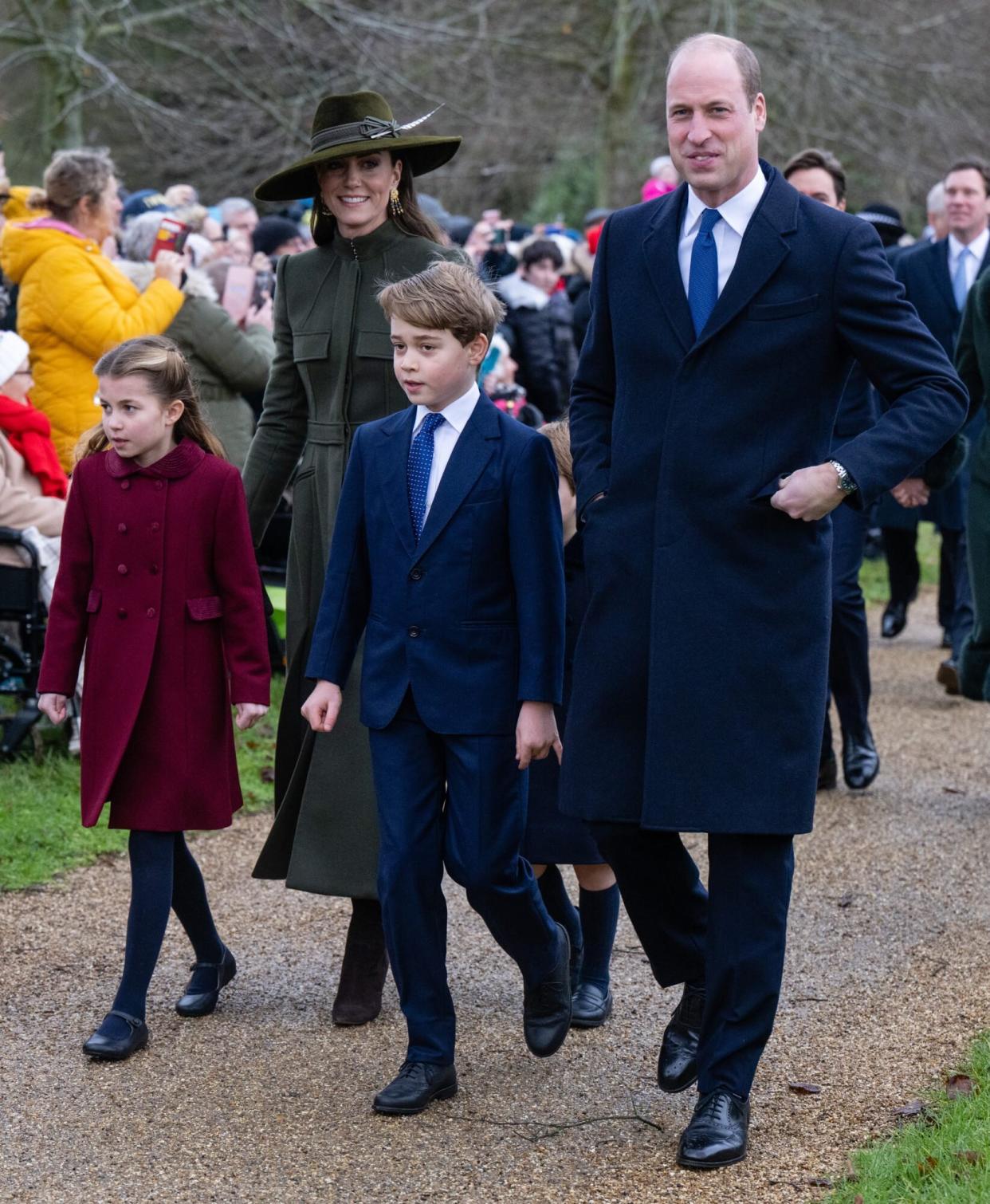 But Prince Louis made a splash when he joined his family at events to celebrate Queen Elizabeth’s Platinum Jubilee, marking her historic 70 years on the throne, in June. All three children rode together in their first public horse-drawn carriage ride for Trooping the Colour, enthusiastically waving to the crowds lining the street before heading up to the Buckingham Palace balcony to watch a flypast.

Prince Louis also attended the Platinum Jubilee Pageant, going viral for his adorable antics (from sitting on Grandpa Charles’ lap to making faces at mom!). Following the event, Prince William and Kate even joked on social media, “We all had an incredible time, especially Louis…”

Prince George, Princess Charlotte and Prince Louis were the new kids at school in September, starting at Lambrook School after the family relocated from Kensington Palace in London to Adelaide Cottage in Windsor. Throughout December, Lambrook had plenty of Christmas activities to keep the royal children busy. 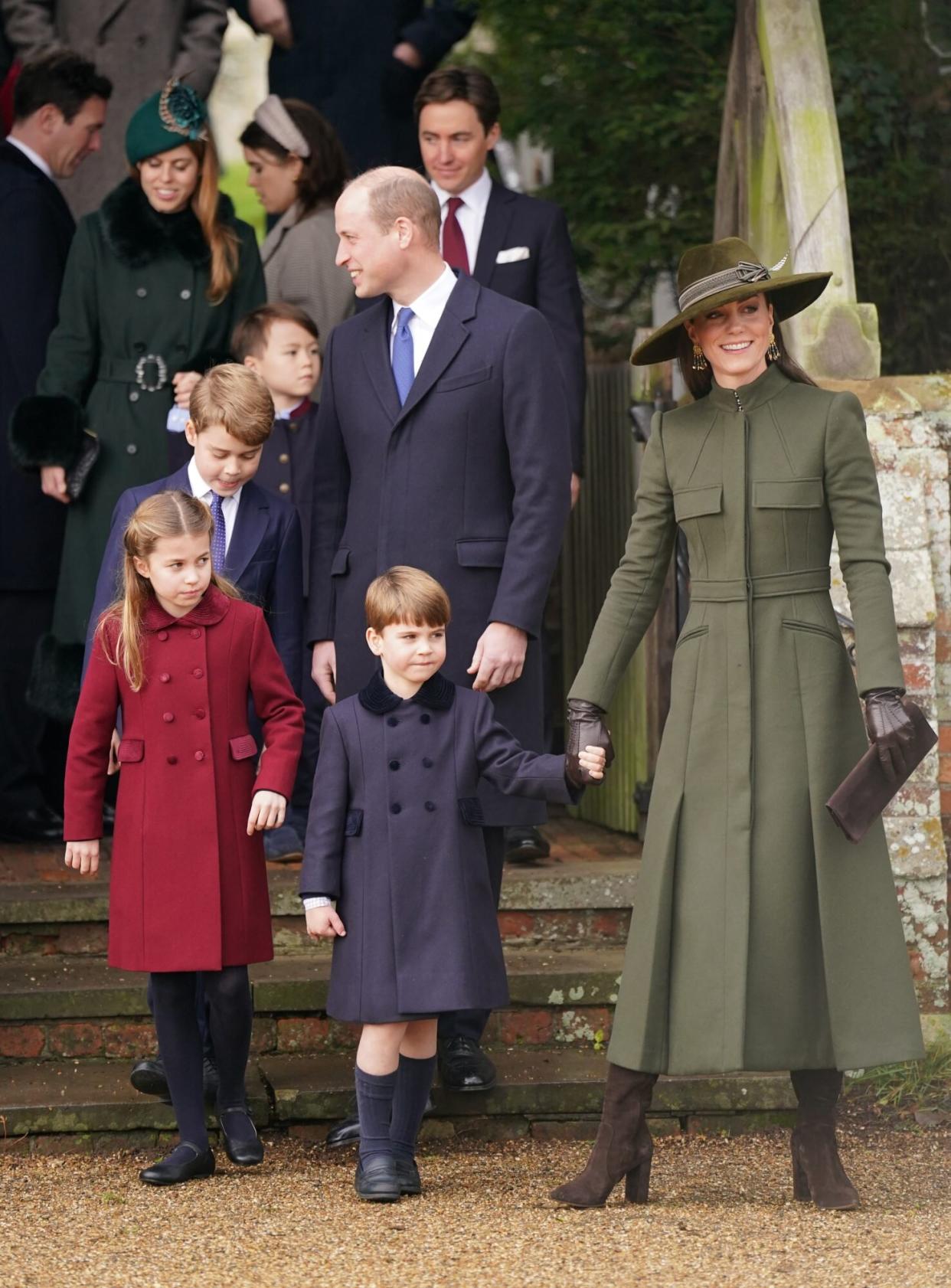 According to the school’s website, “Christmas festivities and opportunities make it even more special for our pupils, with every single child performing in a Christmas event, including Christingles, Nativities, Pre Prep House singing competitions and of course, our end of term Carol Service.”

Can’t get enough of PEOPLE‘s Royals coverage? Sign up for our free Royals newsletter to get the latest updates on Kate Middleton, Meghan Markle and more!

As they prepare their children for their own future royal roles, Prince William and Princess Kate are also making sure their kids have a “normal” childhood. 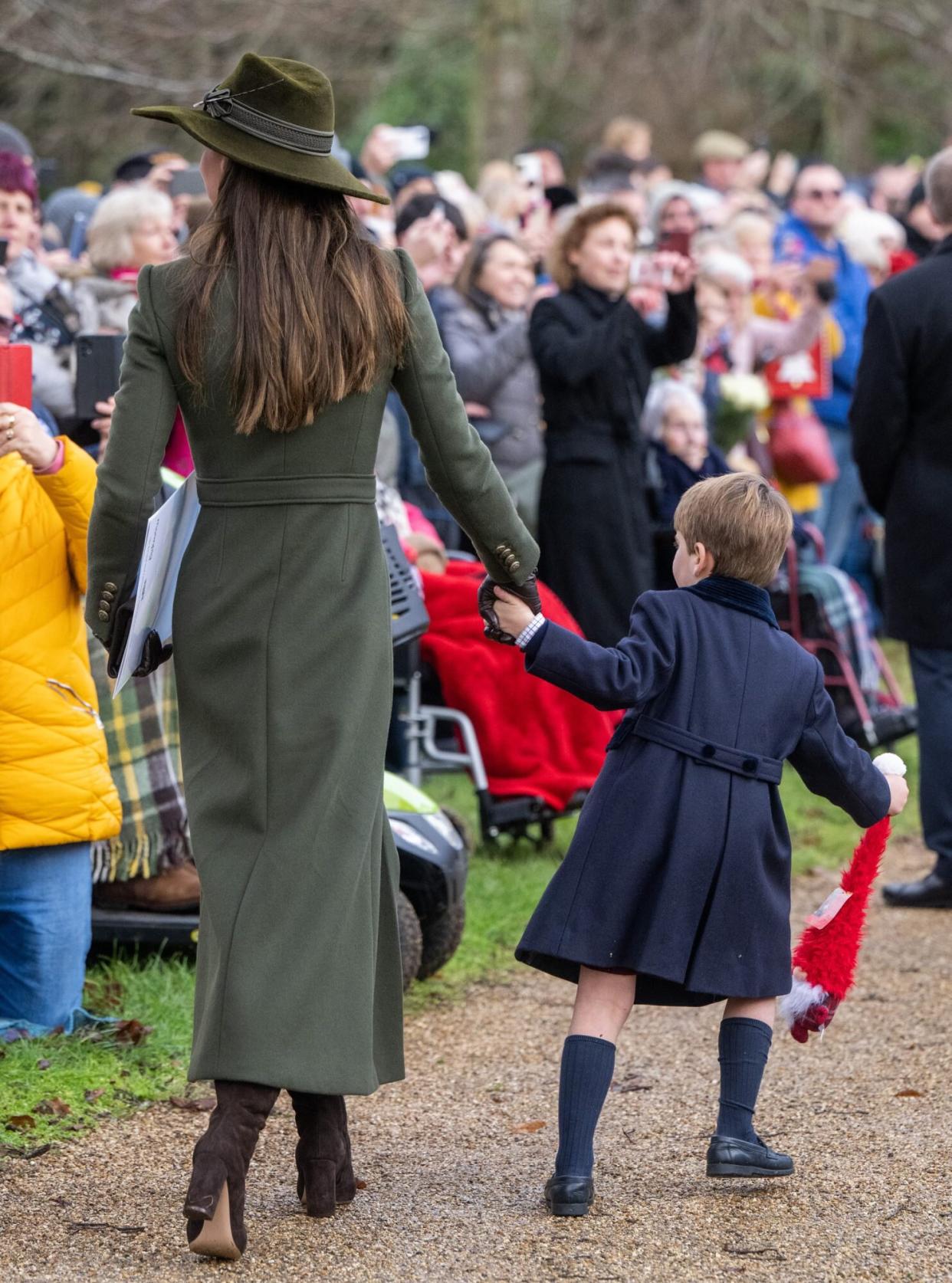 “They know what’s coming [as they near the throne] and want to give their kids as normal a start as possible,” an aide previously told PEOPLE.