THE Queen's car has been seen leaving Windsor Castle a day after Prince Philip's funeral – as the Royal Family continues to mourn.

Guards were seen standing to attention as it moved down the driveway just before 3pm, 24 hours after a poignant minute's silence was held. 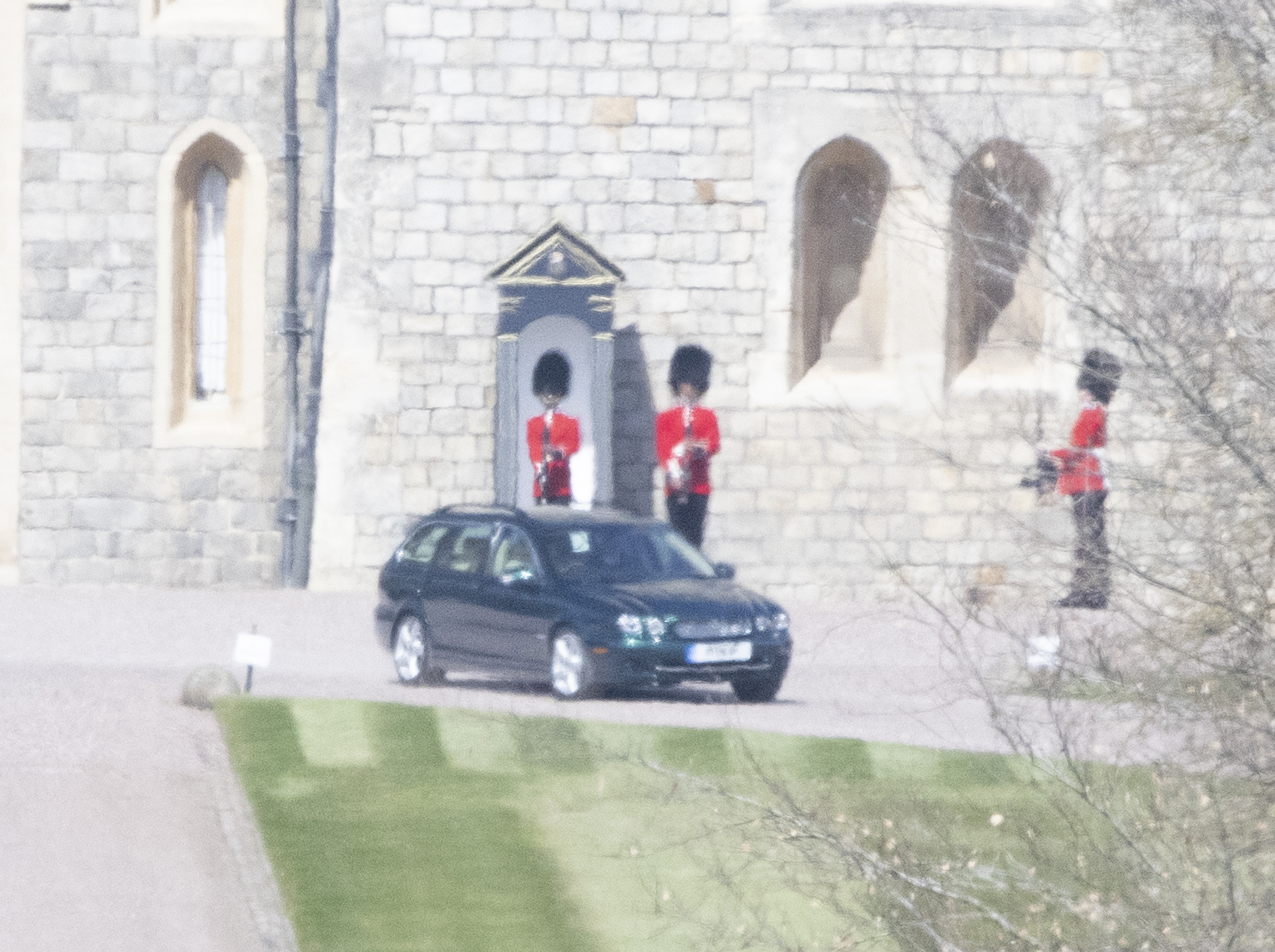 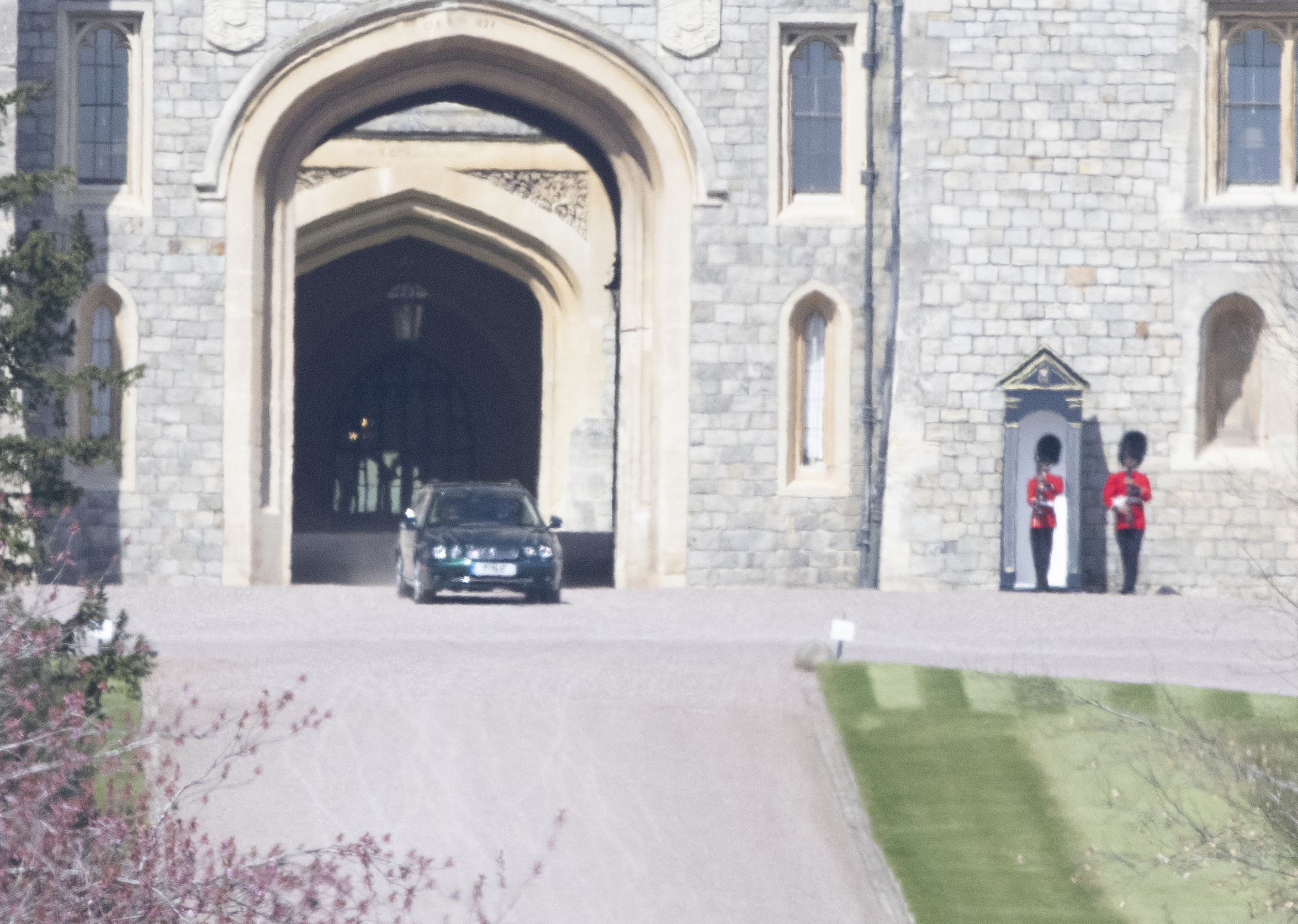 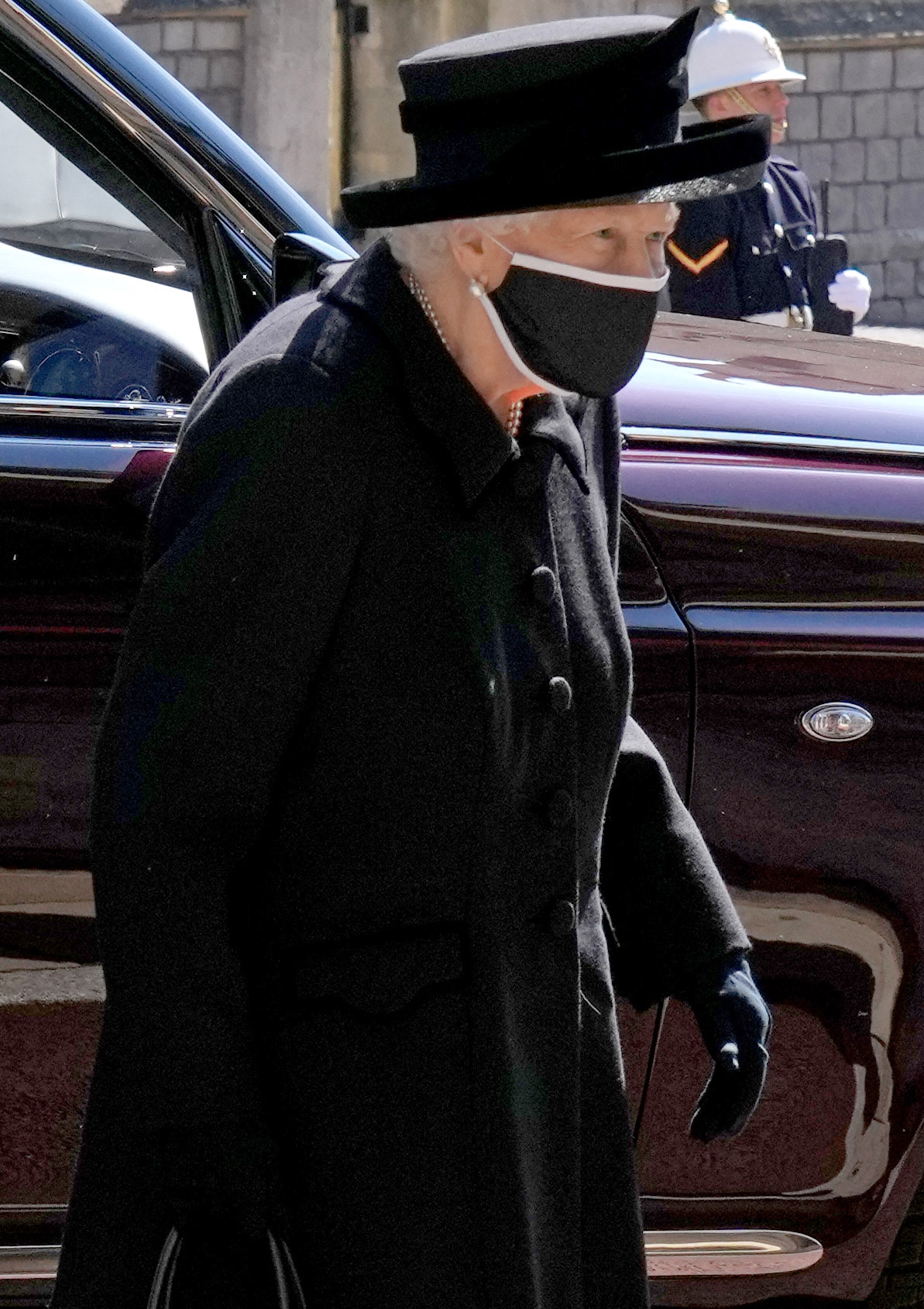 It came just after Princess Eugenie and her husband Jack Brooksbank were also seen driving out of the grounds a day on from the emotional service.

Yesterday they joined the Queen and 27 mourners to say goodbye to the Duke of Edinburgh – who died on April 9 aged 99.

It was a deeply personal service, with details decided by the Duke before his death, and watched by millions across the globe.

Due to Covid restrictions mourners were forced to grieve separately, with the Queen sitting alone in St George's Chapel gazing at Philip's coffin.

The Royal Family will continue to grieve this week, although the period of national mourning has ended.

After almost 70 years as head of state, the Queen will reign without her husband by her side, as she sat on her own during the funeral service that bore Philip's touch and celebrated his life and legacy.

The ceremony in St George's Chapel at Windsor Castle reflected Philip's lifelong support of the armed forces, having had a close connection with the Navy for more than 80 years.

His coffin, draped with his personal standard, featured his Admiral of the Fleet naval cap and sword next to a wreath of white flowers chosen by the Queen with a handwritten card from his wife of 73 years.

Before the funeral the Queen was seen driving the same car, reportedly to take her puppies for a sombre walk.

She was thought to be heading to Frogmore Gardens, where her mother is buried and where she and Philip will eventually be laid to rest.

Earlier this week we told how Eugenie is the perfect peacekeeper for Princes Harry and William, due to her close bond with the Duke and Duchess of Sussex.

Eugenie has long been close with her first cousin and is said to have played a key role in Harry meeting Meghan.

She is believed to be the only member of the Royal Family to have maintained a special relationship with the Sussexes since they moved to LA.

Last week the princess posted two touching photos in memory of her "dearest Grandpa" Prince Philip as she vowed to look after "granny".

The royal shared the poignant images on her Instagram today as she paid tribute to the Duke of Edinburgh's 70-plus years of service.

Eugenie, who named her first child August Philip Hawke Brooksbank in a touching nod to her grandad, said "we all miss you".

She added: "I remember learning how to cook, how to paint, what to read. I remember laughing at your jokes and asking about your spectacular life and service in the navy. ⁣

"I remember incinerating the sausages and you swooping in to save the day." 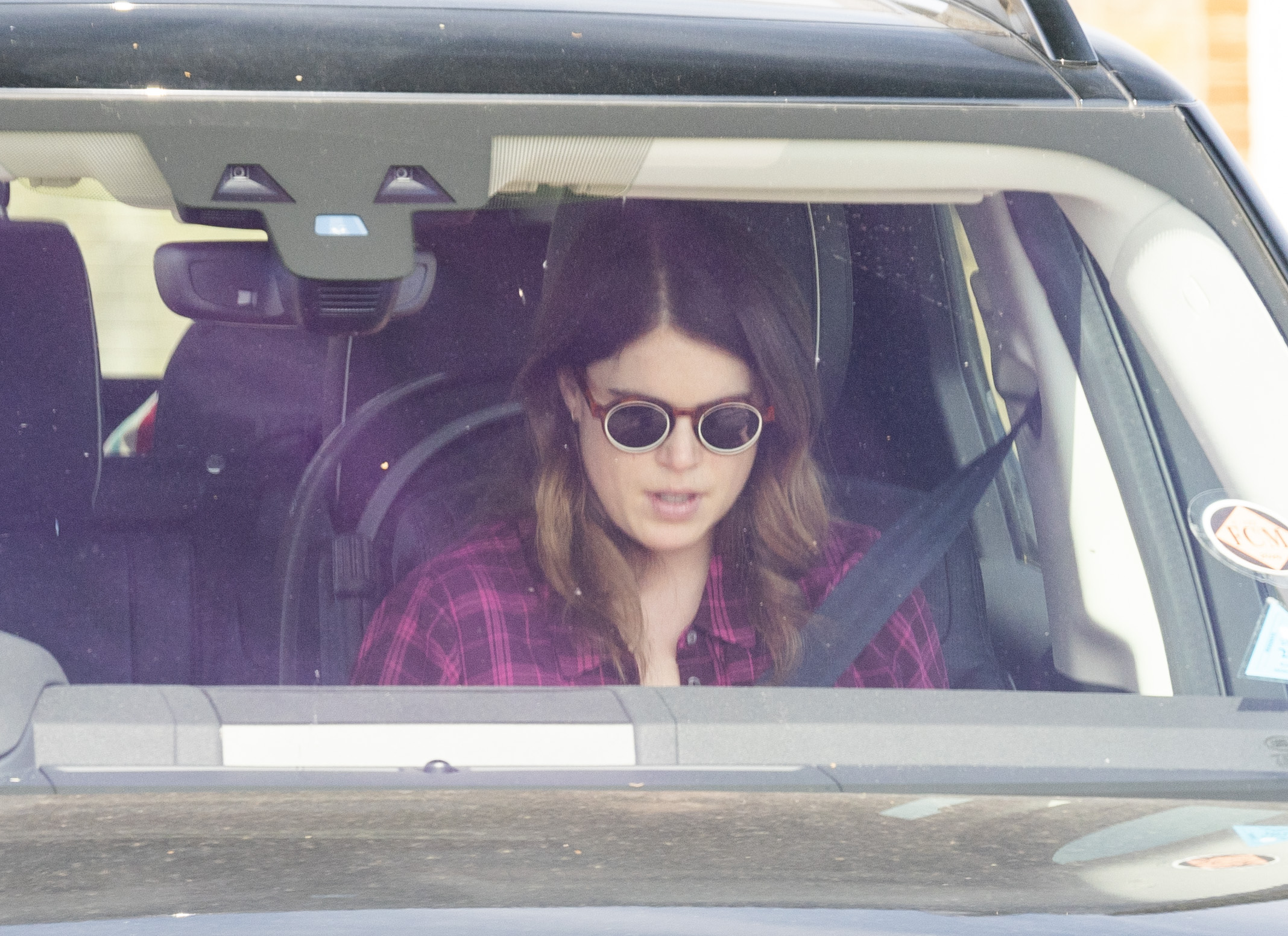 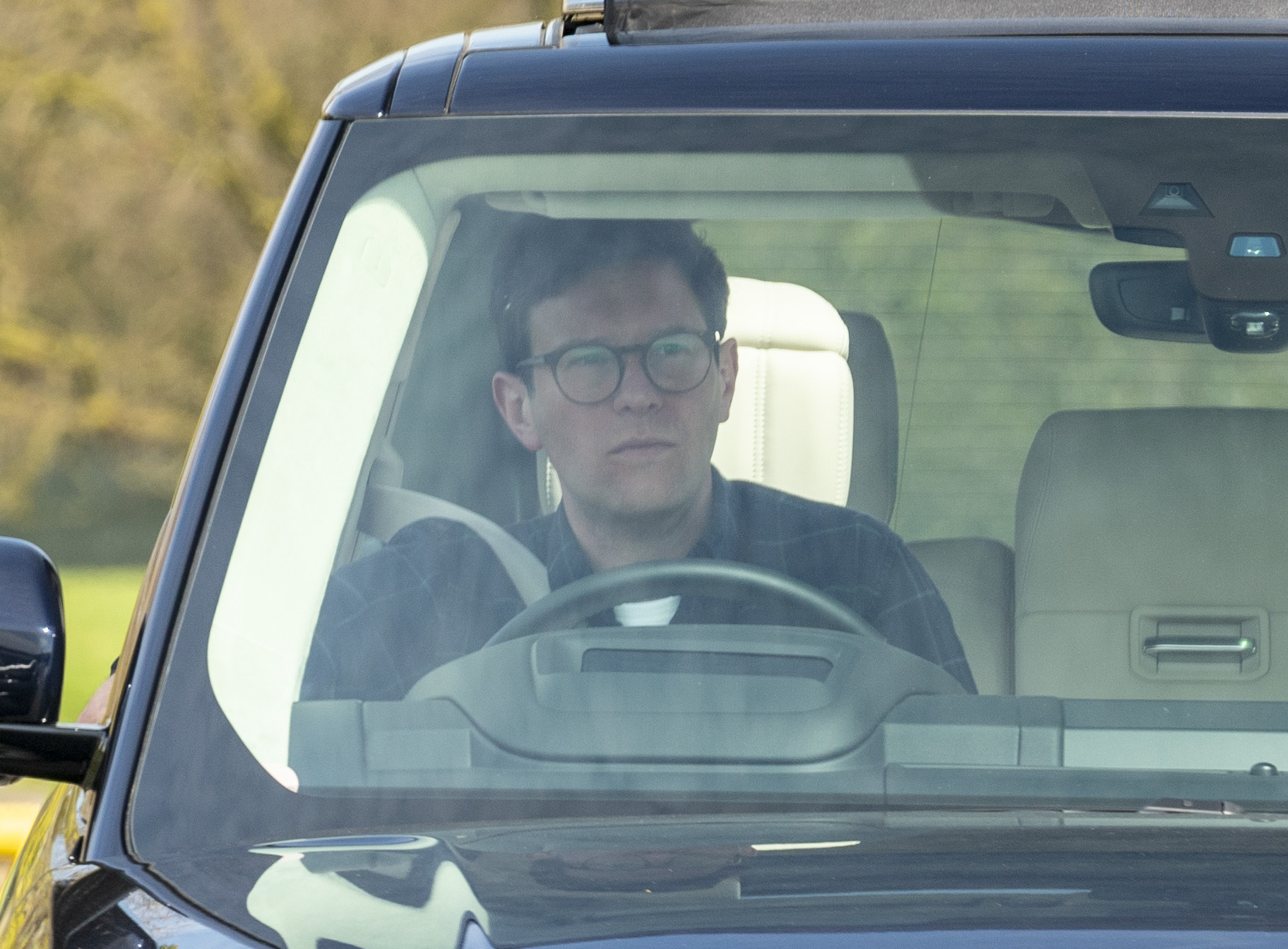 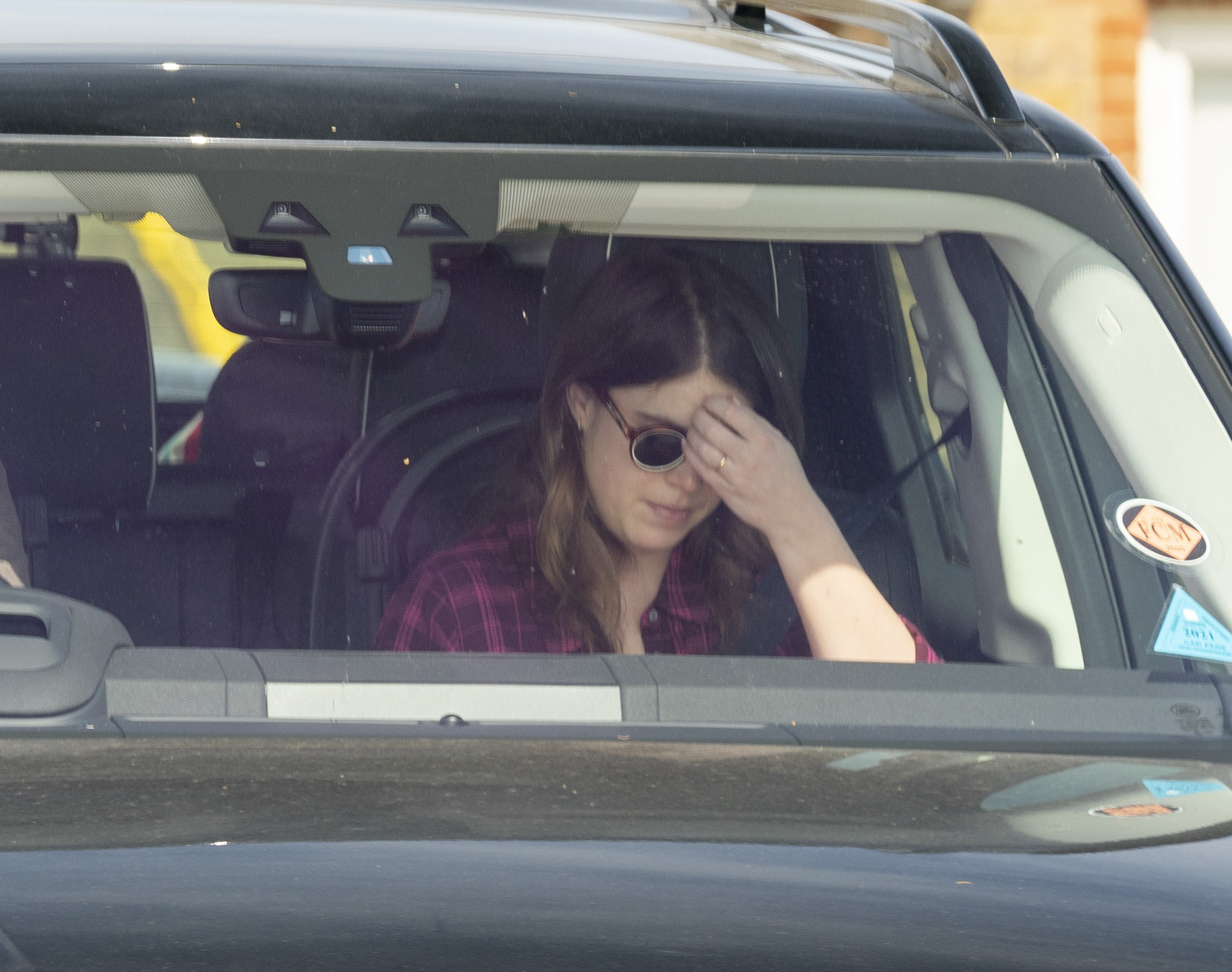 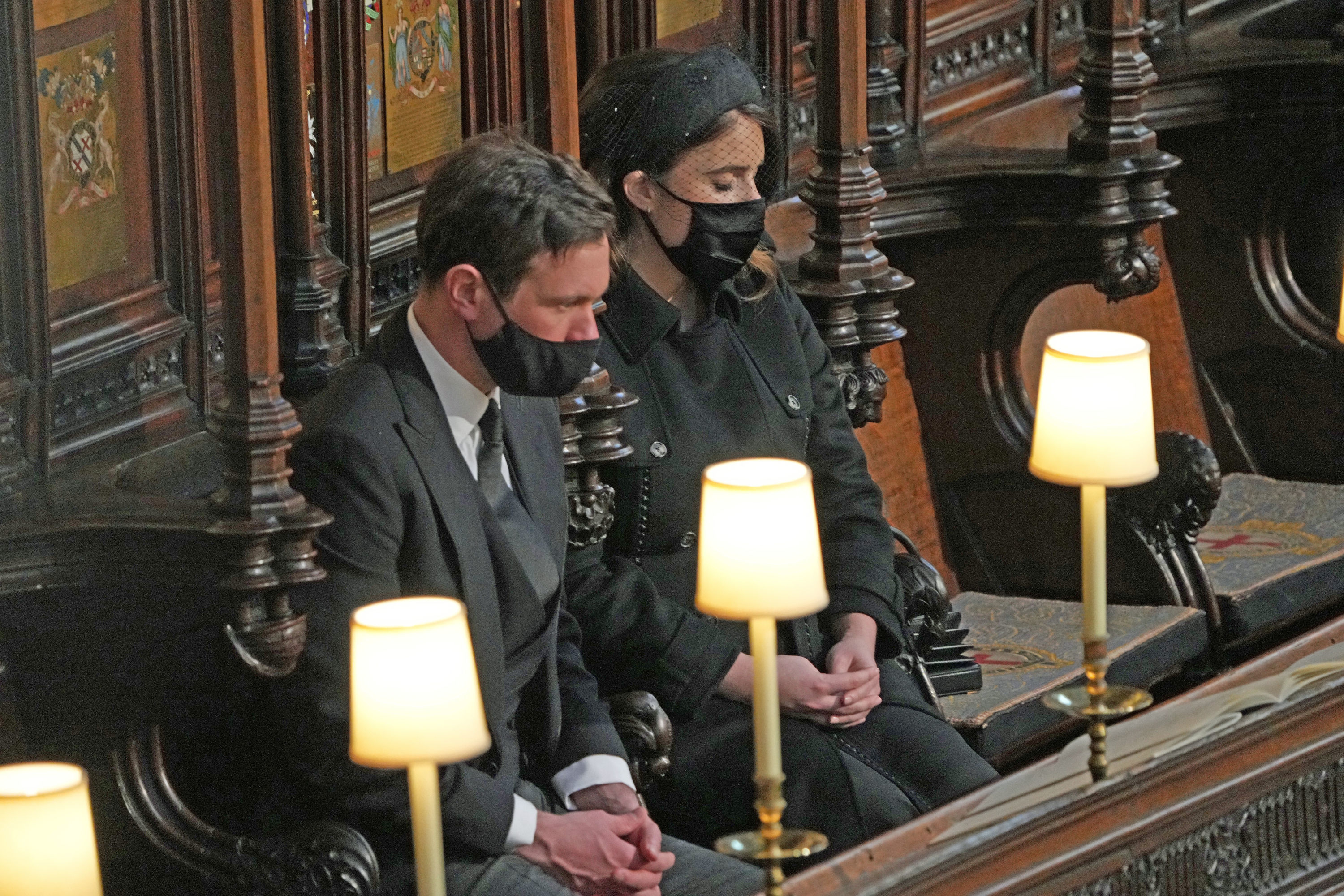 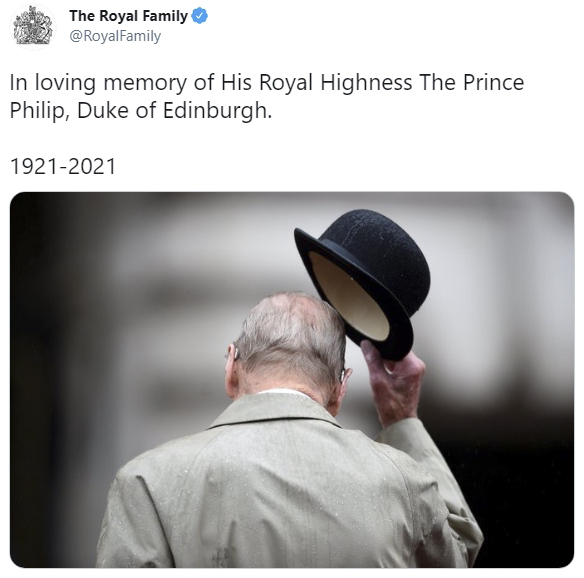 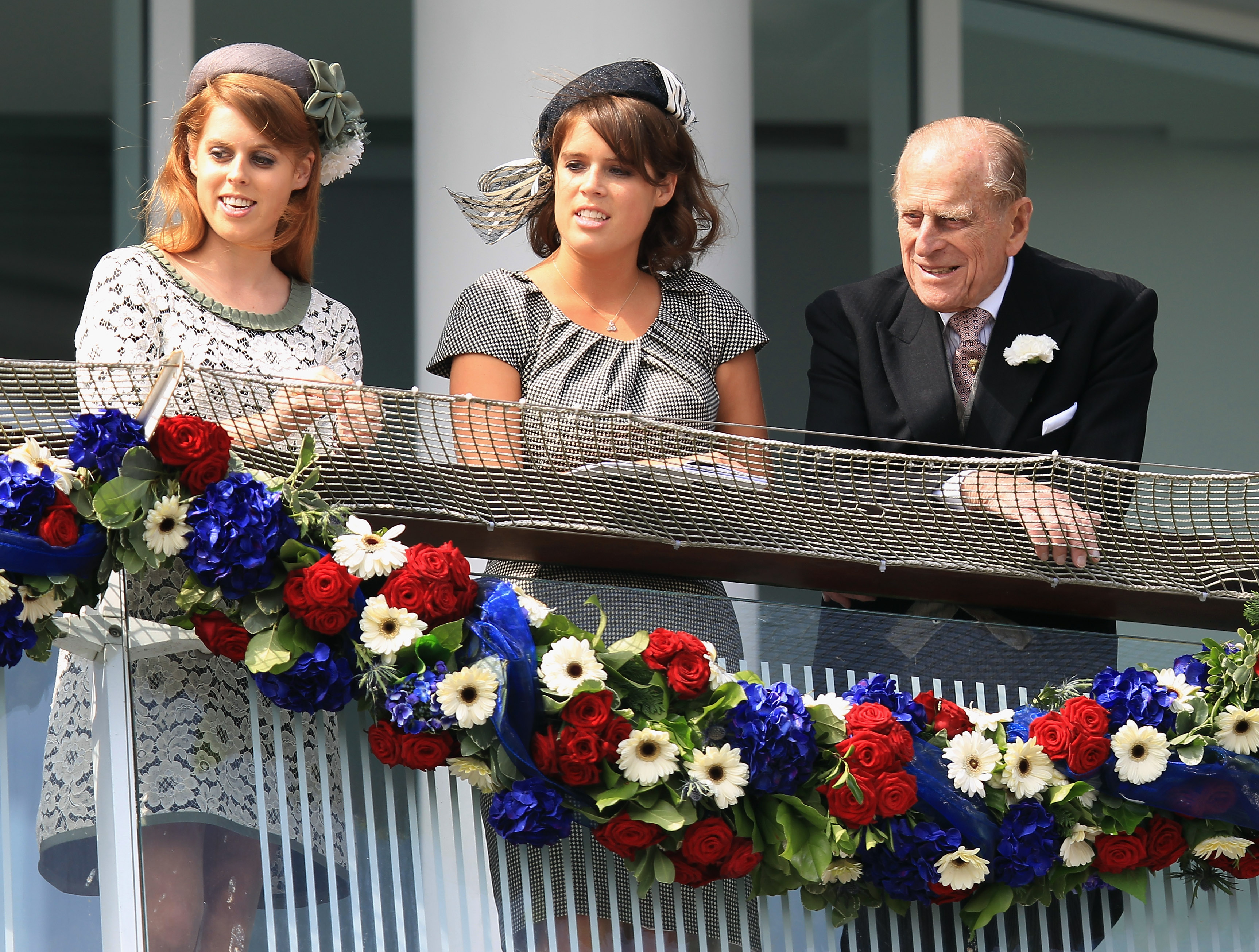 Judi James, author and body language expert, said the royals appeared "surprised at how hard Philip's death had hit them" during the service.

She described the Queen as looking "very vulnerable and frail", while her son the Prince of Wales became "isolated in his own grief" as the funeral continued.

Family plans for Sunday have not been made public and it is not known how long Harry intends to stay in the UK before heading back to his pregnant wife in the US.

At 3pm on Saturday the nation came to a halt to observe a minute's silence in memory of the duke who died a few months short of his 100th birthday.

The country was in national mourning from Philip's death on April 9 until and including the day of the funeral.

Union flags were flown at half-mast on royal residences, government buildings, armed forces establishments and at UK posts overseas during the week.

In a moment never seen before on television, the duke's coffin was slowly lowered into the royal vault as his titles were read out at the end of the service.

Buglers from the Royal Marines sounded the Last Post and a few moments later the Reveille was played by the State Trumpeters of the Household Cavalry.

Philip served as Captain General of the Royal Marines for more than six decades and at the end of the service the buglers sounded Action Stations, a tune which is played on a warship to signal all hands should go to battle stations and is sometimes featured at funerals of naval men. 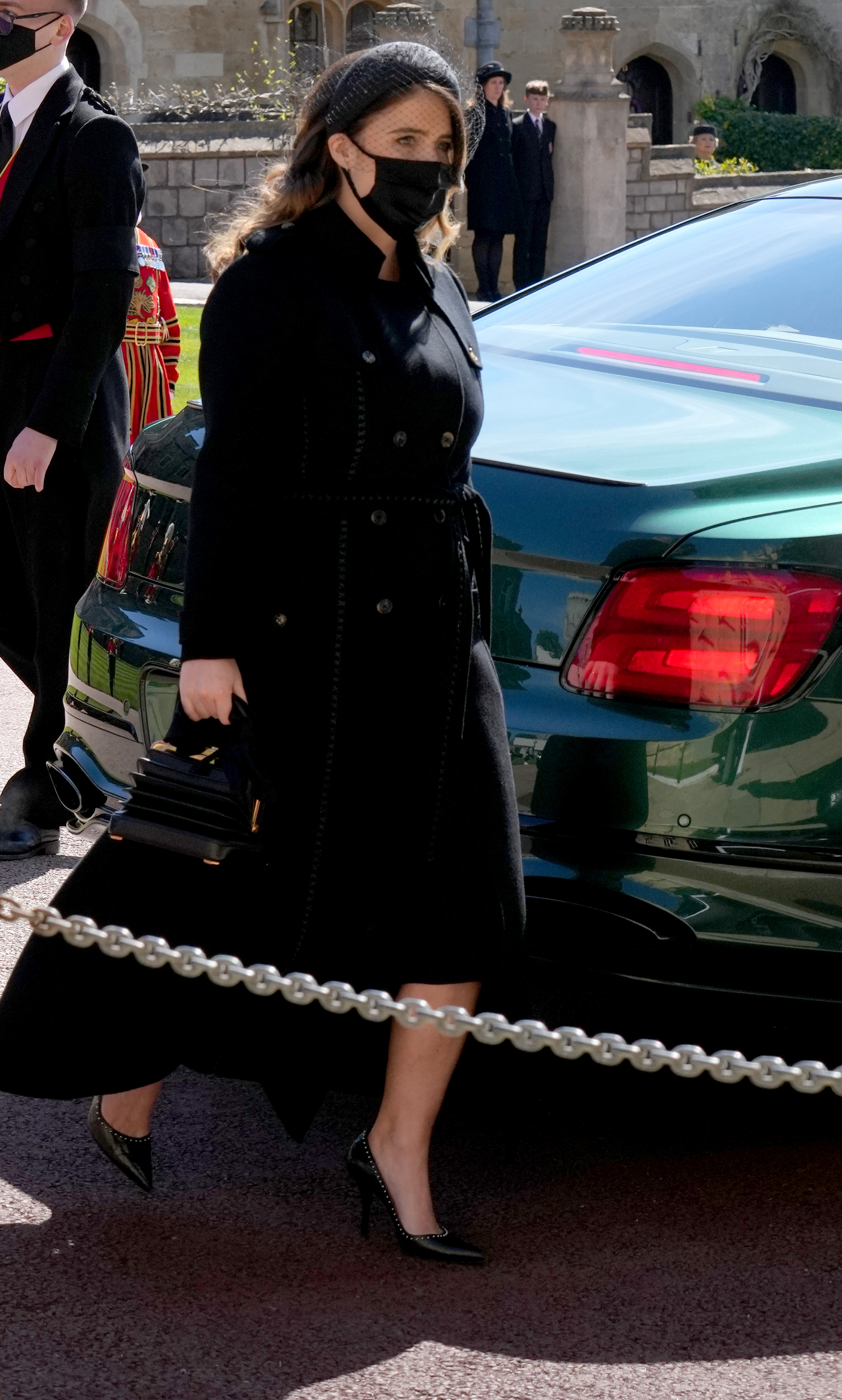 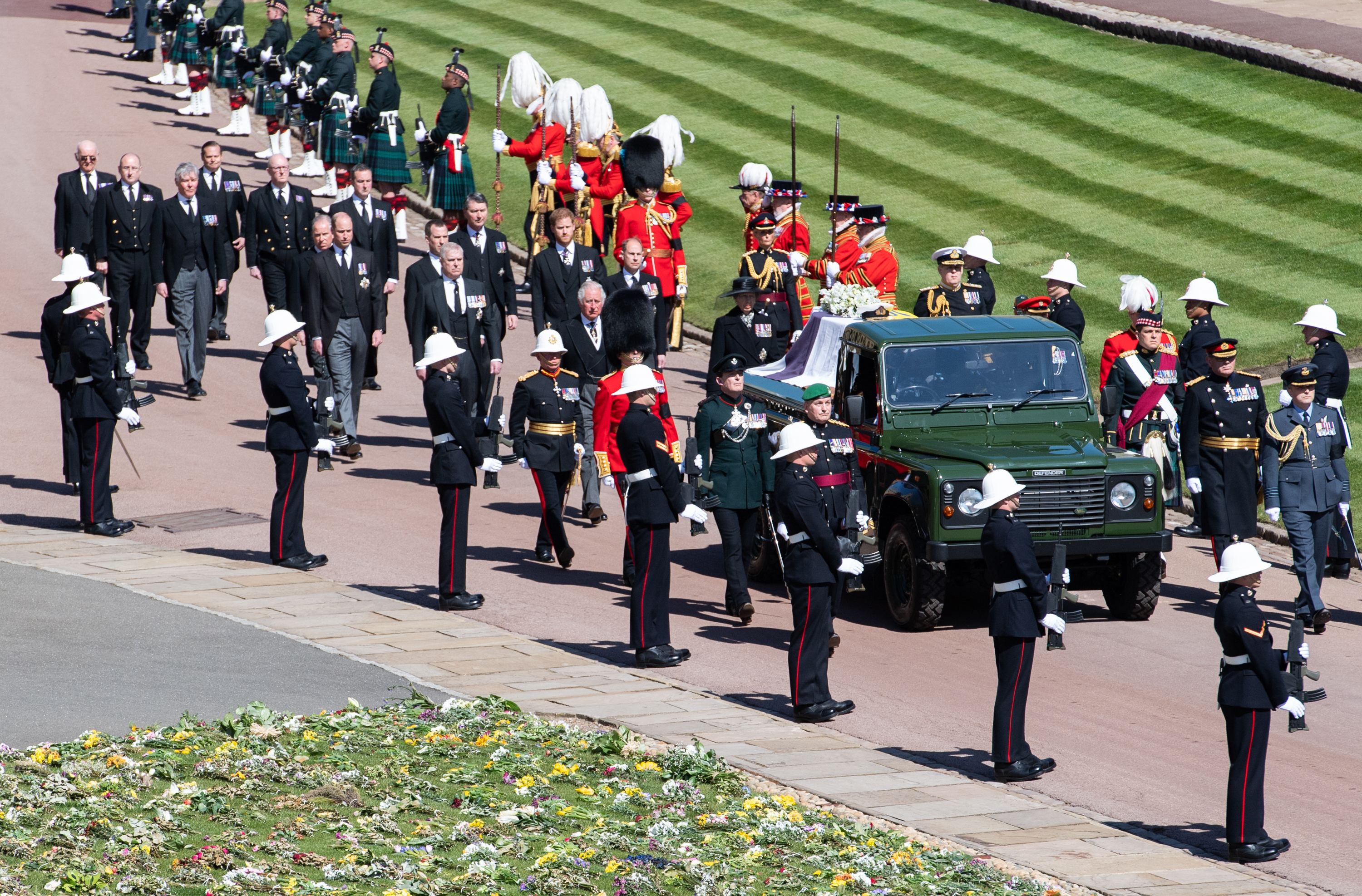