An RAF pilot narrowly avoided ploughing his £263m transport jet into a bus carrying Afghans evacuees around Kabul airport after the vehicle took a wrong turn and ending up on the live runway.

Wing Commander Kev Latchman was hurtling along the runway when he saw three vehicles cross in front of him on the main runway.

At the time, he was travelling too quickly to stop before colliding with the convoy so decided to press ahead with the take off – even though he was not going fast enough to reach his planned take off speed. 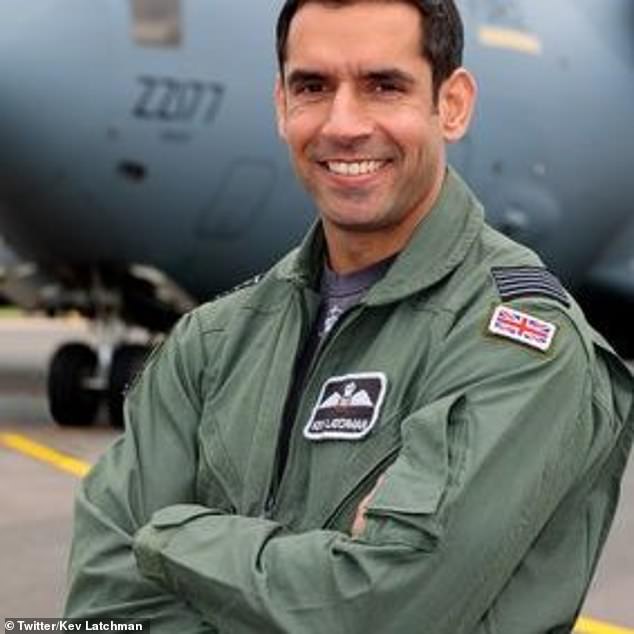 Wing Commander Kev Latchman, pictured, told Sky News that his C-17 transport jet was taking off from Kabul on August 26 when a bus pulled onto the runway 1,000 feet from his speeding aircraft 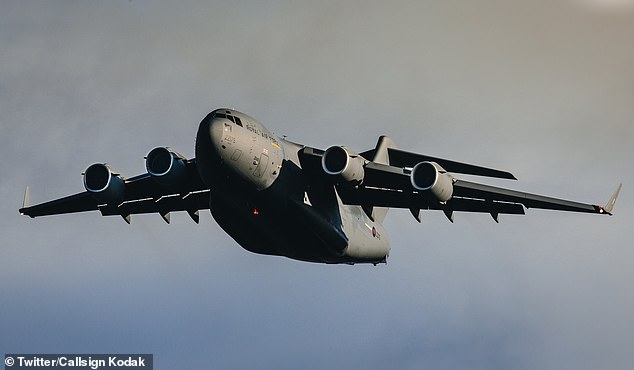 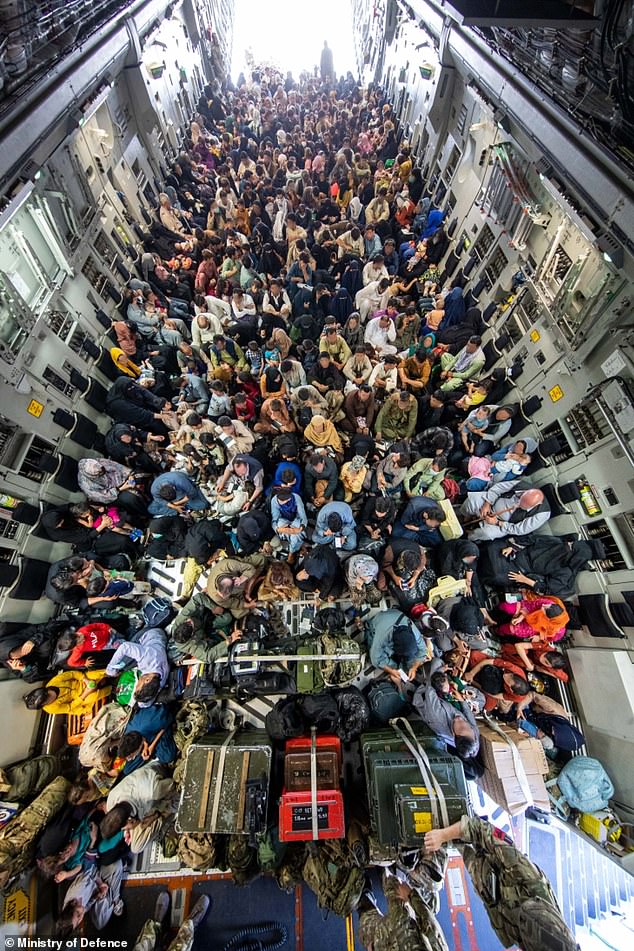 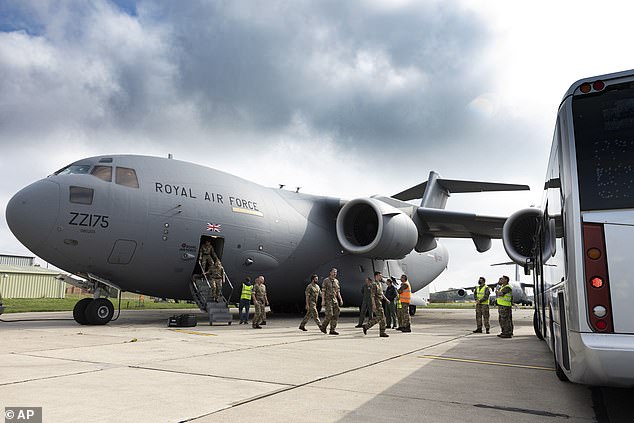 More than 15,000 people were evacuated by the RAF as part of Operation Pitting

Wing Commander Latchman and his crew believe the transport jet – which has a maximum take off weight of 265 tonnes, cleared the convoy by just ten feet.

In an interview with Sky News, Wing Commander Latchman said: ‘At this point, we were doing about 95 knots and they were about a thousand feet ahead of us.

‘We realised that we wouldn’t have been able to reject [abort] the take-off, because if I tried to reject then I would have basically… taken out the bus and that doesn’t really bear thinking about.’

With seconds left before a potential disaster, Wing Commander Latchman spoke with his co pilot about trying to take off at a slower speed than normal as stopping safely was no longer an option.

The commanding officer of 99 Squadron continued: ‘So I said, I think we’re going to need to rotate early. And the other pilot agreed. We started to rotate the aircraft about 20 knots earlier than rotate speed. We got airborne and we just missed the bus by probably about 10, 15ft.’

The incident took place on August 26, hours after a suicide bomb attack on the airport’s perimeter.

The airport’s runway lights had failed as there was no power. Military air traffic controllers later told Wing Commander Latchman that they did not think he would have been able to take off in the space available.

Hours before the near-miss, at least 169 Afghans, 13 US service personnel, two Britons and the child of a British national died in a bombing carried out by Isis-K.

Despite the threat posed by terrorists, the RAF was able to evacuate more than 15,000 people from Kabul as part of Operation Pitting.

More than 8,000 former Afghan staff and their family members eligible under the Afghan relocations and assistance policy (Arap) were among the 15,000-plus people evacuated by the UK since August 13.

But thousands of Afghans who helped British efforts in the nation and their relatives, as well as other vulnerable civilians, are feared to have been left behind.