RAF Typhoons jets have today rushed to intercept an unidentified aircraft that is flying into an ‘area of interest’ in the UK.

Quickly racing to speeds of 985 kilometers per hour, Phantom 11 and Phantom 12 were tasked with intercepting an ‘unidentified aircraft’ near an ‘area of interest’. 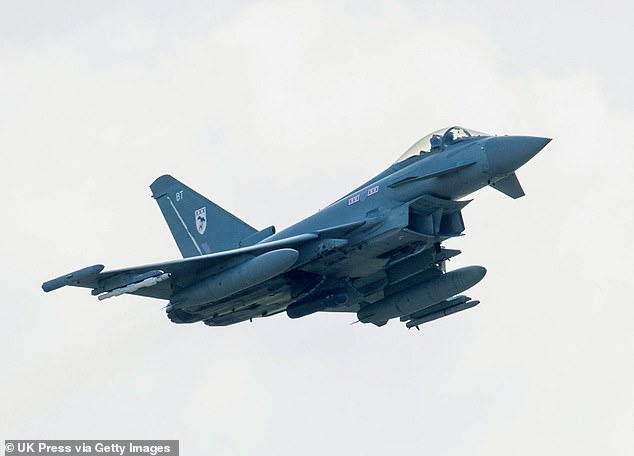 ‘We will not be offering additional detail until the mission is complete.’

Earlier today, RAF fighter jets based in Romania were on ‘Quick Reaction Alert’ and launched to meet Russian aircraft flying over the Black Sea.

The Typhoon jets scrambled after NATO radars detected Russian aircraft in international airspace over the southern Black Sea and heading towards Romanian territory. 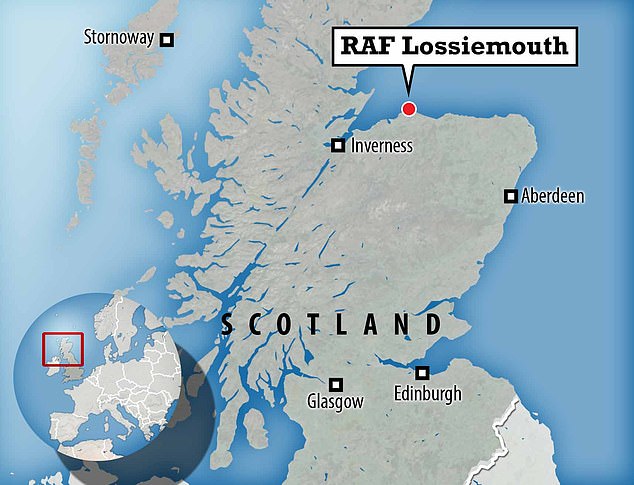 Flight Lieutenant Charlie, one of the RAF Pilots from IX (Bomber) Squadron, said: ‘When the Russian aircraft entered the Romanian Flight Information Region, we were scrambled to conduct a Combat Air Patrol in the area.

‘As the suspect aircraft turned into Romanian airspace we were then instructed to visually identify the track.

‘As we approached our Combat Air Patrol area, the Russian aircraft turned, headed away from us and left the FIR, at which point we resumed our air patrolling mission and practiced some air combat manoeuvres before returning to base.’

In April 2021, four Typhoons departed from RAF Lossiemouth and arrived at Mihail Kogălniceanu air base in the Black Sea as part of Operation BILOXI, the UK’s contribution to NATO’s ‘air policing’ operation in the eastern bloc.

Earlier this year, Defence Secretary Ben Wallace set out radical £3billion plans to shake-up the future of the British military under the latest national defence review.

The scheme includes plans to ground 24 Typhoon fighters among 114 RAF manned aircraft in the coming years, to be replaced by drones.

They will be replaced by the next generation of unmanned fighting platforms, including long-range Protector aircraft and ‘swarming drones’ that work alongside conventional attack aircraft.

Those pilots that do remain will be expected to spend more time in simulators as opposed to more conventional training in the cockpit under new RAF plans.

Under current training rules, RAF pilots spend 70 per cent of their time in the air with 30 per cent in simulators.

Air Chief Marshal Sir Mike Wigston said he wants this ratio reversed, with the majority of training to take place on the ground in advanced simulations – saving flight hours for fighting wars or demonstrations of power.