The Australian Republic Movement will unveil by the end of this year its preferred constitutional changes to sever ties with the royal family.

The shift in stance by the ARM, which since the failed 1999 referendum has advocated for a republic without specifying what the model should be, is intended to sharpen public focus over whether an Australian should replace the British monarch as head of state. 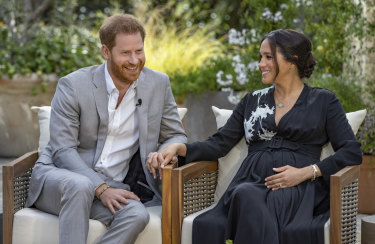 Prince Harry and the Duchess of Sussex have revealed the depth of familial dysfunction in the House of Windsor. Credit:AP

It will also reopen the wounds of 20 years ago, when republicans cruelled their own cause by splitting over whether an Australian president should be directly elected by voters or appointed by Parliament.

Republicans have seized on the latest travails of the Windsors, exposed by Prince Harry and Meghan, the Duchess of Sussex, in an interview with Oprah Winfrey where the couple claimed an unnamed member of the royal family had expressed concerns about the skin colour of their unborn, mixed-race son.

“The royal family has always been presented as the Rock of Gibraltar for all constitutional monarchies,” ARM chairman Peter Fitzsimons said. “What we in fact see is extreme dysfunction and possible racism.”

Before the interview went to air, a meeting of the ARM national committee unanimously decided the time had come for republicans to publicly re-engage with the thorniest issue within their cause and adopt a preferred model for constitutional change.

“We have come to the view that the time is right to put forward the preferred model, after consulting widely,” FitzSimons said. “The chances it will please everyone are zero. But our view is this is the best chance we have to achieve the majority we need.”

FitzSimons, a columnist with The Sydney Morning Herald who has led the republican movement since 2015, said the model would be developed with input from constitutional experts, parliamentarians on all sides of politics and broad public consultation. 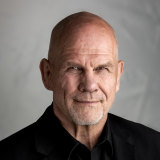 He said the ARM would hold a national convention or congress, inspired by the Australasian federal conventions of the late 1890s, to finalise the model.

Phil Cleary, a prominent, direct election republican who opposed the minimalist model adopted for the 1999 referendum, said any future referendum would be doomed to fail unless republicans gave people the model they wanted.

In the last referendum, voters were asked whether they supported changing the constitution to replace the Queen and the governor-general with a president appointed by two-thirds of parliamentarians. The question was rejected by a majority of voters in all states and territories apart from the ACT.

Mr Cleary said public faith in the Parliament had diminished since then. He cited the fracturing along party lines of the Parliament’s response towards allegations of harassment and sexual violence against women as the most recent example.

“The people do not have sufficient respect for the Parliament to accept that Parliament to appoint the president,” said Mr Cleary, a former independent MP.

“Wouldn’t it be a beautiful thing to have an independent thinking person to step forward and discuss major questions instead of them being driven by tribal politics? They [the ARM] have to accept this is what the people want. If they don’t, they are not worth bothering with.” 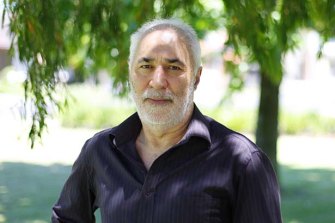 Phil Cleary says any republican model that denies voters a direct say in who is Australia’s head of state is doomed to fail. Credit:Michael Copp

Former prime minister Malcolm Turnbull, the public face of the republican movement at the time of the 1999 referendum, responded to the Harry and Megan interview by reiterating his call for a fresh vote on constitutional arrangements once the Queen’s reign ends.

FitzSimons said it was “absurd” to think the next in line to the throne, Prince Charles, was no longer on speaking terms with his own son. He said every royal scandal served to remind Australians, particularly younger voters, that our head of state is a foreigner.

Australians for Constitutional Monarchy spokesman Bryan Stertern-Gill said earlier this week that, although the Oprah Winfrey interview was a “shame”, it would not diminish support for the monarchy in Australia.

At the time of the 1999 referendum, the popularity of the royal family was at a low ebb.

Princess Diana had died two years earlier and Prince Charles had publicly stepped out with his then mistress and now wife, Camilla Parker Bowles.

Mr Cleary said problems inside the House of Windsor were a weak argument for a republic.

“If we think it is just about getting rid of the royal family, we are back where we started.”