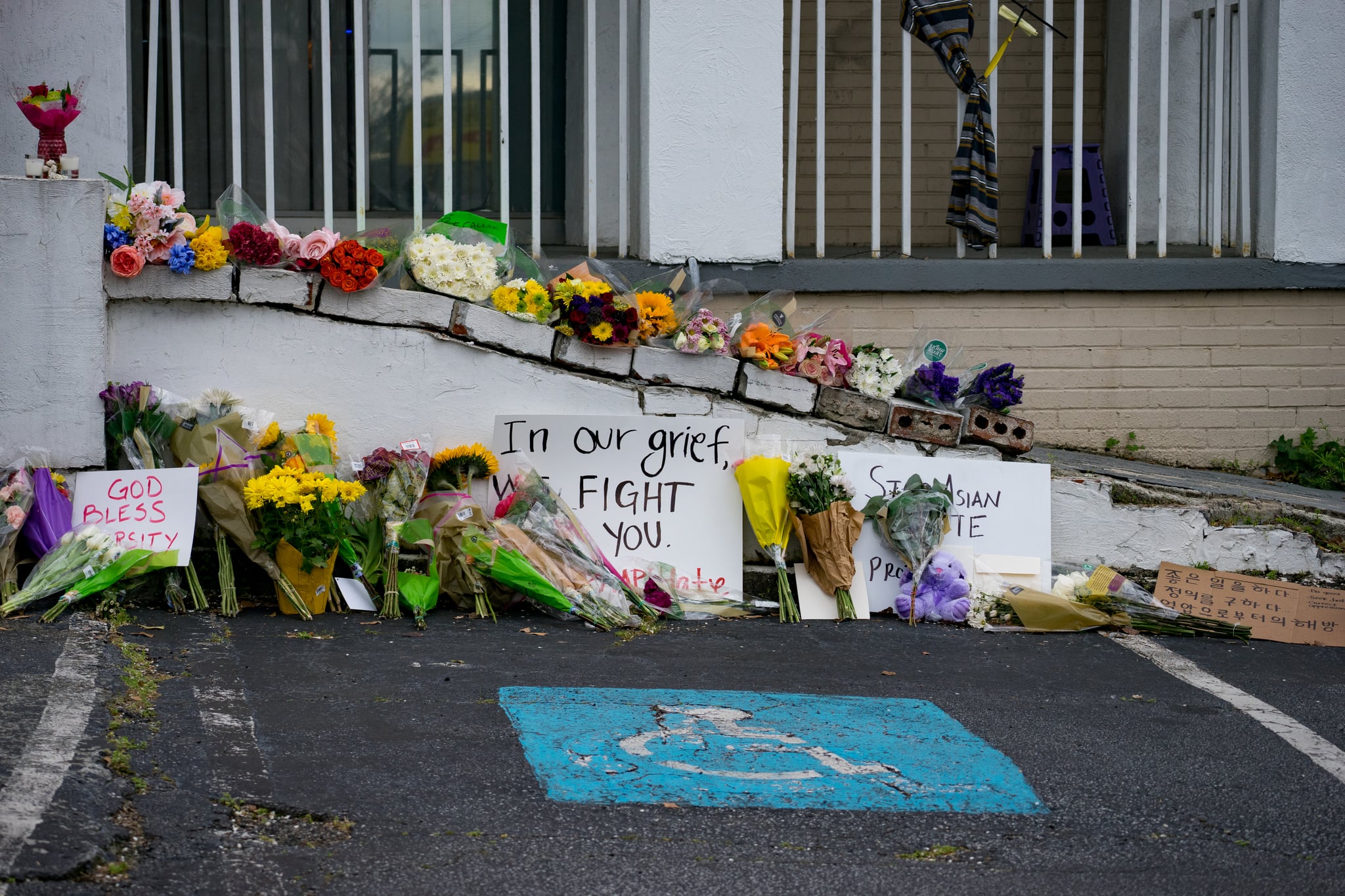 Last Tuesday, on March 16, a gunman shot and killed eight people, six of whom were Asian women, at three different spa locations across Atlanta. Though the shooter may claim his attacks weren’t racially motivated, his actions clearly demonstrate that he was targeting a specific race and gender: Asian women. While there’s been a serious uptick in violent incidents against Asian Americans since the start of the COVID-19 pandemic, for Asian American women, this particular series of attacks hit close to home.

It’s been difficult to process these horrific killings: grieving the lives of these mostly Asian women who look like our own mothers and grandmothers, reflecting on our own distressing experiences with hypersexualization and fetishization, and fearing the very real possibility of becoming victims in the next hate crimes. But this grief and fear is also coupled with anger at the way both law enforcement and established news outlets have treated these murders, disrespecting the victims and their lives, families, and identities. The narrative that the attacker’s “addiction” somehow absolves him of committing a heinous hate crime and diving into his “troubled” past is made worse by the consistent misspellings and mispronunciations of the victims’ names, specifically those with Chinese-language and Korean-language names.

While numerous articles have investigated and centered on the gunman’s upbringing, motives, and countless humanizing details, the victims of these horrific attacks have had their names misreported, misspelled, and mispronounced in coverage across respected media outlets. These outlets were desperate to urgently and publicly share the victims’ names, without extra attention to detail and care for honoring their families’ wishes and needs. These mistakes could have been avoided with a simple Google search or a quick skim of the AP Stylebook. Yet the errors were so incessant that the Asian American Journalists Association (AAJA) released a pronunciation guide for the Asian victims of the shootings, and urged journalists to “center their stories and those within the community.” Their names deserve to be identified accurately; their lives deserve to be honored with dignity.

Some may write off these mistakes as a harmless journalistic oversight. But as activist Michelle Kim wrote in a now-viral Twitter thread, for Asian Americans, the repeated errors are triggering and perpetuate the common assumption that members of our community, like our names, are foreign and not American enough. It’s personal. Like many who related to Kim’s tweets, the careless errors also reminded me of the shame and discomfort I once associated with my own Korean name, Yerin.

I’ve always dreaded the first day of school or at a new job, anticipating the awkward pauses before attempts to read my name on a class list, the questions about whether I had another (anglicized) name that I would prefer to go by, and the humiliation I felt for both correcting and not correcting someone for mispronouncing or misspelling my name. And that was just the first day. Behind the scenes, I’d also think about how my foreign-sounding name would affect my chances when I applied to colleges and later, jobs. I considered how my name would impact people’s perceptions of me without knowing anything about my background, whether it was someone I met at a networking event or the random guy at a bar. These swirling assumptions are just some of the many reasons many Asian Americans anglicize their names or go by white-sounding names, a practice that’s also often met with confusion or an incorrect impression that they’re not in touch with their own culture.

This mix of pain and confusion we’ve attached to our names, and the gaslighting that often follows, is parallel to the “othering” we’ve experienced as Asian Americans in America. At the root of anti-Asian racism is the idea that we don’t belong in this country; we’re made to feel like foreigners in our own homes. And there’s nothing like being asked if you have another “white” name or told your ethnic name is too difficult to pronounce to make you feel you don’t belong. It’s no different from facing constant questions about where we’re actually from or fielding misguided compliments for speaking English “so well.”