This is the comical moment a reveller attempted to jump over a nightclub barrier before falling into the street.

Dannii Rawson, 18, had been enjoying a night out at Secret in Barnsley, South Yorkshire, when she decided hop over the railing outside the nightclub’s entrance on August 22.

Footage shows the retail assistant perform a run up towards the metal railing and leap into the air before her leg catches onto the barrier and she falls to the ground. 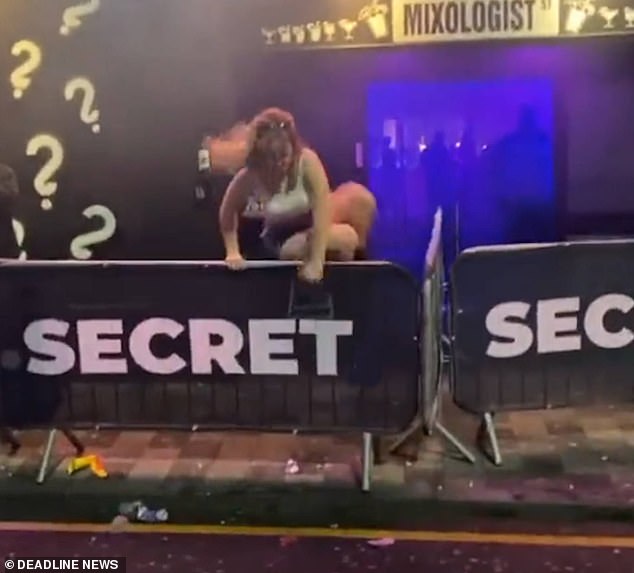 Dannii Rawson, 18, tries to jump over the metal barrier outside the nightclub in Barnsley, South Yorkshire 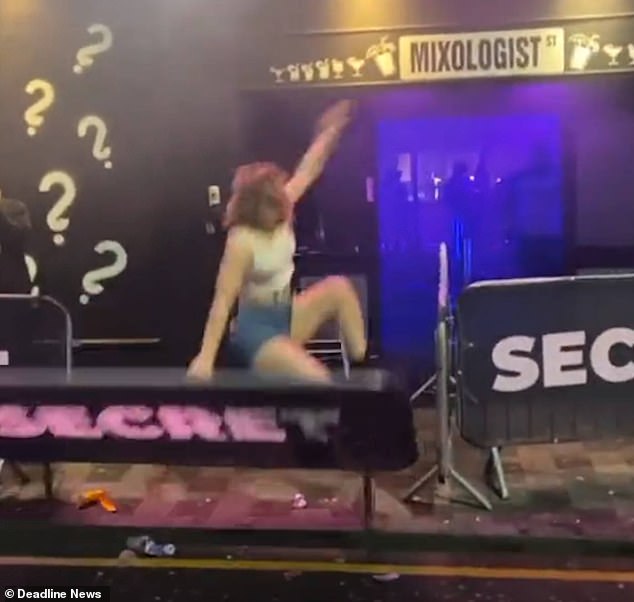 During the clip, Ms Rawson runs towards the barrier and plants her hands on top of the railing before launching herself off the ground.

She fails to clear the barrier and catches her foot on the top of the rail, pulling it out from underneath her onto the road.

The 18-year-old then falls into the street as her friends are heard laughing in the background.

Ms Rawson said she had hopped over the barrier successfully earlier on during the night but she was not so lucky the second time around.

Speaking about the incident, Ms Rawson said: ‘I know everyone says it but I literally went out for one drink on Sunday with a few of my friends in our town centre.

‘I don’t even know how it came about, all I remember was waking up bruised, being told I’d jumped the barrier and fell. 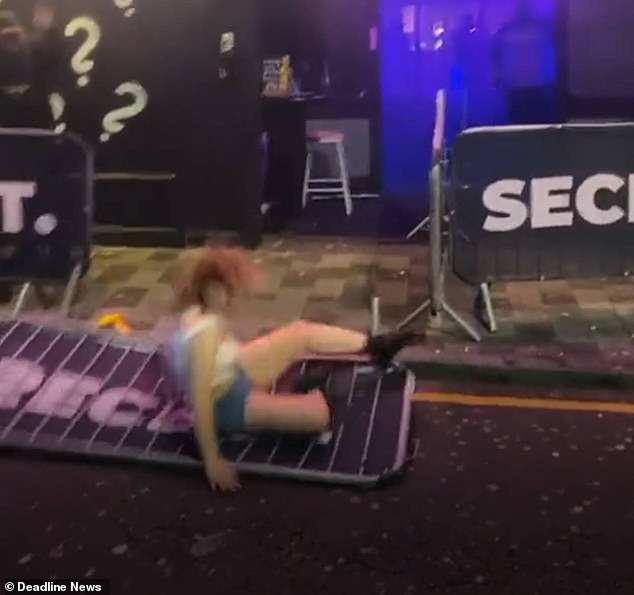 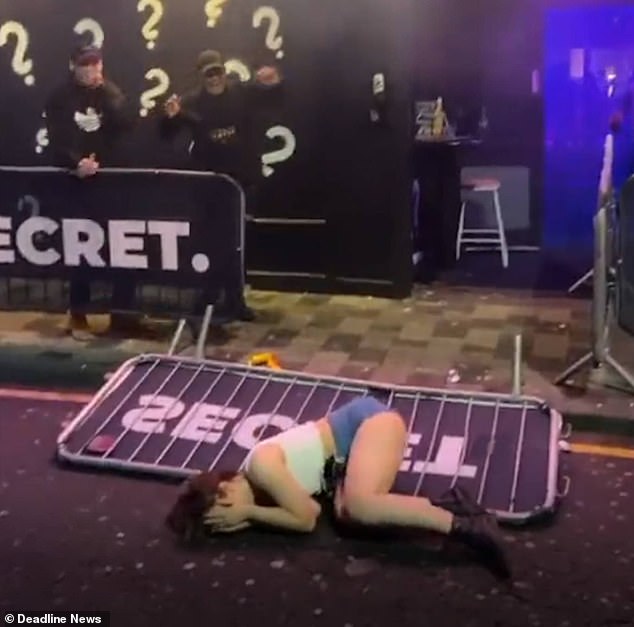 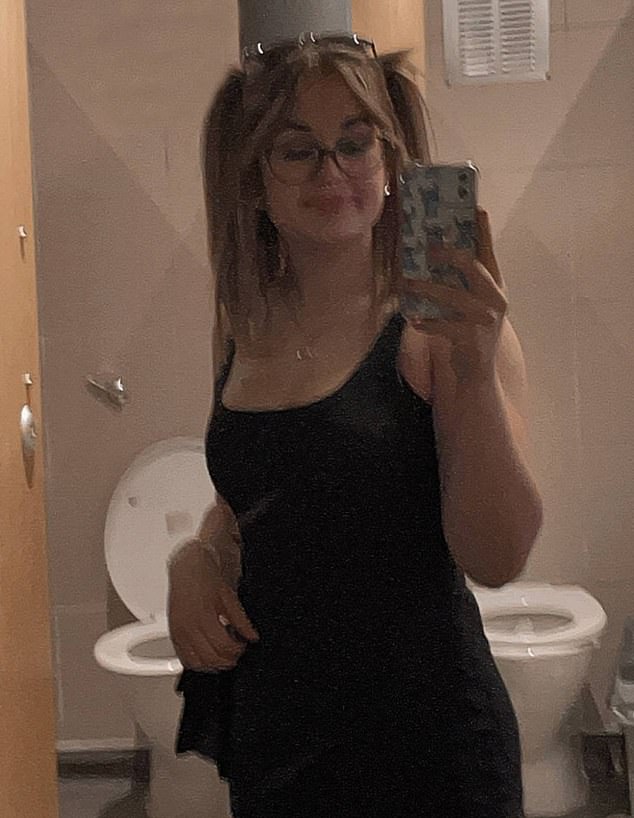 ‘It wasn’t until Monday night I found out I’d done it twice and fell completely on my face the second time.

‘I honestly thought it was hilarious. My mum and dad were absolutely horrified though.’

After sharing the footage on her Twitter page, Ms Rawson has received more than 280,000 views from amused social media users.

One user wrote: ‘What’s the matter? Never taken a short cut before?’

While another commented: ‘Ouch! It can happen to the best of us.’

And one viewer added: ‘We have all been there Dannii.’