The Portsmouth-based Type 23 frigate will follow the Chinese destroyer Xian as it goes through the English Channel. Commander John Cromie, the Commanding Officer of HMS St Albans, said this was a routine operation. He said: “Today HMS St Albans, conducting routine maritime security operations, is monitoring the progress of the Xian as she transits close to the UK coastline.

“This is normal business for the Royal Navy, keeping watch over UK waters at all times.

“HMS St Albans is one of several warships standing ready to respond at short notice to help keep Britain safe.”

This comes after the Grace 1 tanker was seized last week in an operation involving British Royal Marines.

It was suspected of taking crude oil to Syrian president Bashar al Assad’s regime, which was in breach of EU sanctions. 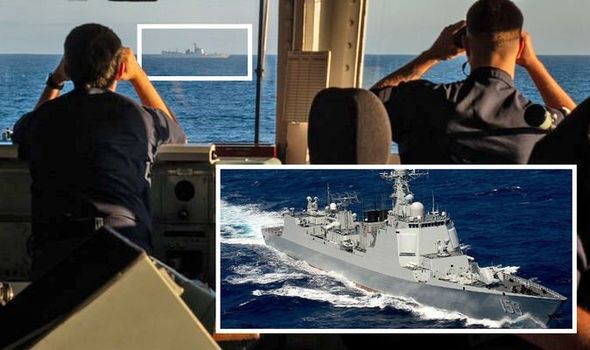 Royal Gibraltar Police arrested the captain and his deputy on Thursday and two second officers of the Grace 1 tanker were held on Friday.

The arrest of the four men, who are Indian nationals, also came after a Royal Navy warship drove away Iranian patrol boats attempting to impede the progress of a British tanker through the Strait of Hormuz.

Iran called for the release of its oil tanker captured off the coast of Gibraltar.

It warning the UK: “This is a dangerous game and has consequences.” 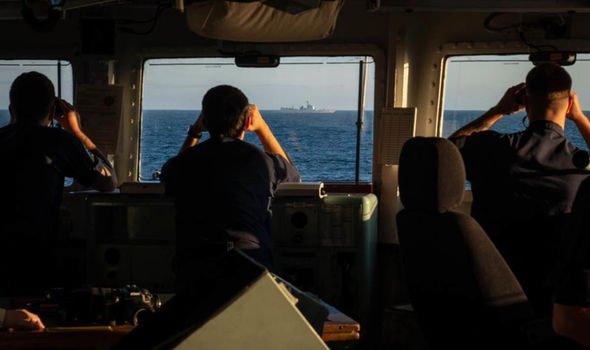 A senior Iranian cleric, Kazem Sedighi, also said the UK would soon be “slapped in the face” for “daring” to capture the Iranian supertanker Grace 1.

The UK later responded it would increase its military presence in the Gulf by sending a second warship to the region.

But today the UK’s Foreign Secretary Jeremy Hunt and Iranian foreign minister Javad Zarif spoke on the phone about the crisis in the Gulf.

Mr Hunt told Sky News: I made it clear that we want to resolve the situation with the Grace 1 tanker in Gibraltar. Our concern has always been the destination of the tanker and the fact that it was taking oil to Syria – not the origin of the oil.

“And I said that if we could receive sufficient guarantees that that tanker was not headed for Syria then we would be able to resolve the situation, following of course due process in the Gibraltar courts.