Home » Russia stands up to Putin: Thousands ignore threats and protest in support of Navalny

Putin: Expert on Britain’s ‘point of weakness’ to Russia

Protests erupted across the country today in support of Putin’s jailed political rival, Alexei Navalny. Up to 400 people were arrested across the state as they were rounded up by police after protesting against the treatment of Mr Navalny who is on hunger strike in custody, according to OVD-Info, a group that monitors detentions and protests. Mr Navalny’s doctors have warned he may die at any minute while officials from his campaign revealed aides were arrested in St Petersburg today.

Gathered in Moscow, protestors chanted “freedom to Navalny!” and “let the doctors in!” although authorities said the activist had been given the same treatment as any other inmates.

Ilya, a 19-year-old student, said: “Everyone realises the current authorities have nothing new to propose for the country.

“We need a new generation of politicians.

“I see Navalny as one of them.” 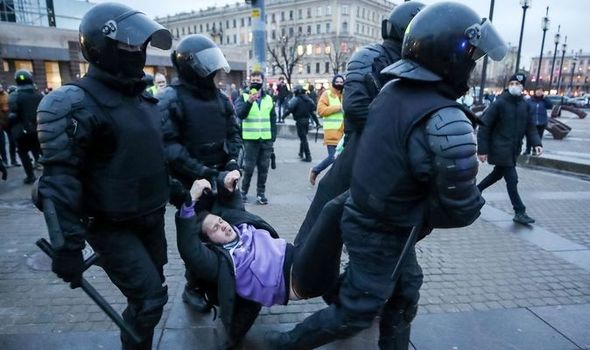 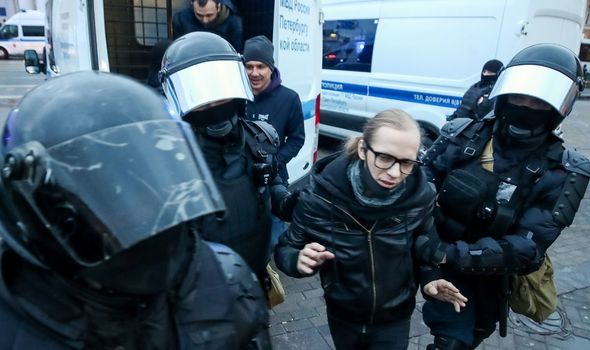 Police in Moscow reported 6,000 arrests in the capital, while 20 people were also detained by security forces in the city of Krasnodar.

The protests come as Putin warned the West not to cross Russia’s red lines or the US will face consequences during his annual speech to the country.

Mr Putin said: “Whomever organizes any provocations that threaten our core security will regret this like they’ve never regretted anything before.

“We behave with the utmost restraint and modesty, often do not respond at all not only to unfriendly actions, but even to outright rudeness. 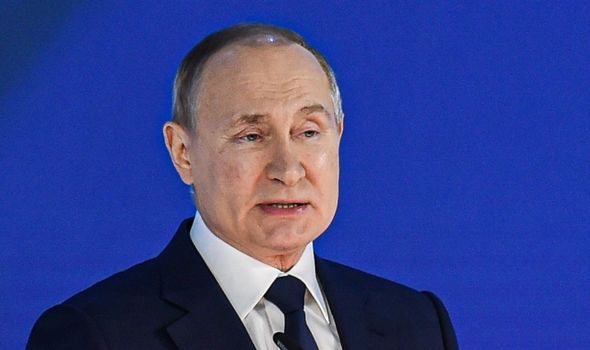 “We want to have good relations with everyone, but we see what is happening.

“But if someone perceives our intentions as indifference or weakness and is ready to burn or even blow up bridges, then Russia’s response will be asymmetrical, swift and harsh.”

Protestors also descended on the Russian embassy in London today to call for the release of Navalny from jail. 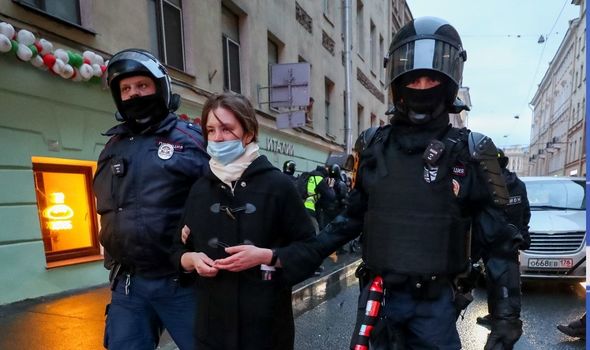 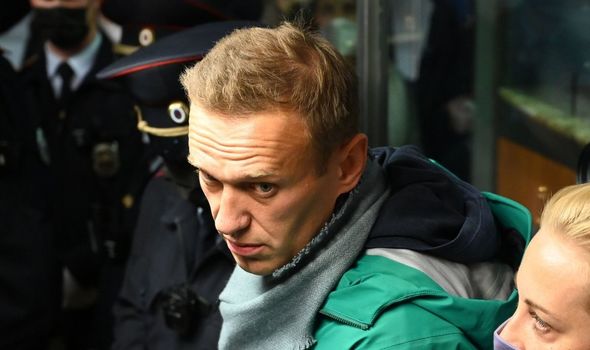 Mr Navalny was jailed in February after returning to Russia from Germany where he recovered from a near-fatal nerve agent attack last year.

He began a hunger strike after claiming he was being poorly treated by guards in the jail.

The EU has also joined the calls condemning the treatment of Navalny and the detention of his supporters today.

EU Parliament chief Charles Michel said: “The detention of supporters of Alexey Navalny in advance of planned protests in Russia today are deplorable.

“Authorities must respect the right to assembly. 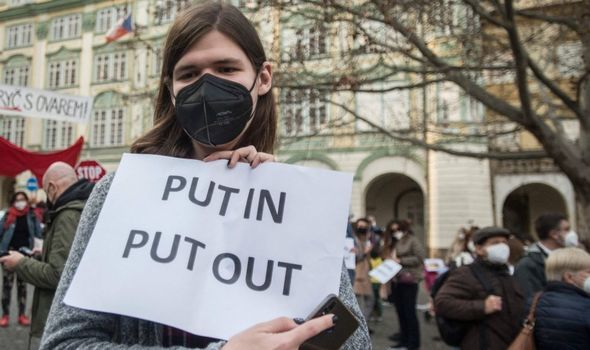 “I urge that the necessary and quality medical care be granted to Alexey Navalny and that he be released from prison.”

Earlier this week, Mr Navalny was moved to a prison hospital as his health continues to deteriorate.