A diamond-dealing Russian multimillionaire and his model wife have began a divorce fight in the British courts over their multi-million pound family fortune.

Russian businessman Dmitry Tsvetkov, 40, and his wife Elsina Khayrova, 33, set up home in a lavish £22million mega-mansion in Surrey with their two young children.

But they have now ‘fallen out’ and are battling over family property worth millions of pounds including ‘expensive Cartier jewellery, works of art by famous painters and expensive motor cars,’ London’s High Court heard.

In addition to their mansion, the couple are thought to have five apartments in London worth a total of £18million, lavish properties in Cyprus and a £2million penthouse in Dubai – in a portfolio worth around £42million in total.

This week, the estranged couple both bid to sue each other in the High Court for ‘delivery up of property’ they insist is theirs whilst gearing up for a divorce battle. 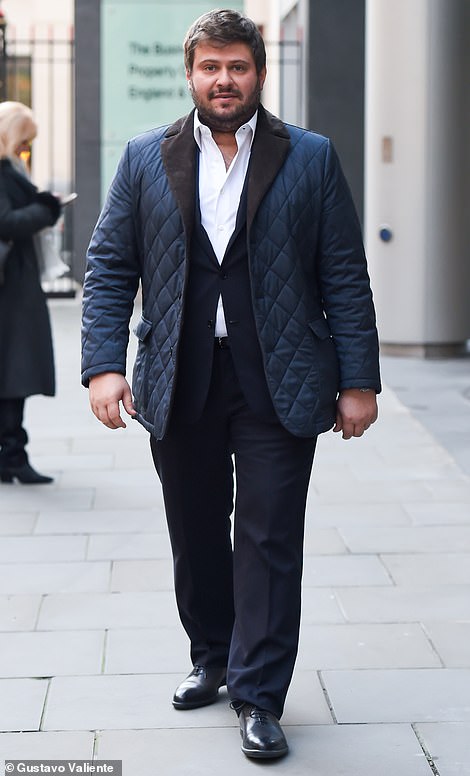 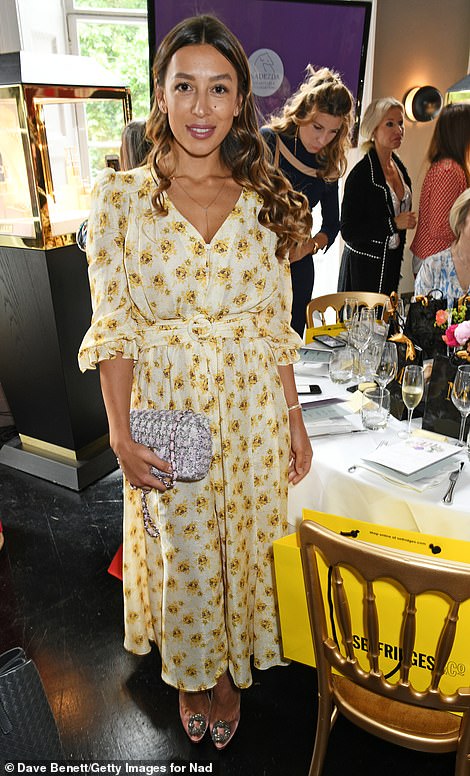 Russian businessman Dmitry Tsvetkov (left, outside the High Court in January 2010), 40, and his wife Elsina Khayrova (right, at Morton’s Club London in June 2018), 33, set up home in a mansion in Surrey with their two young children 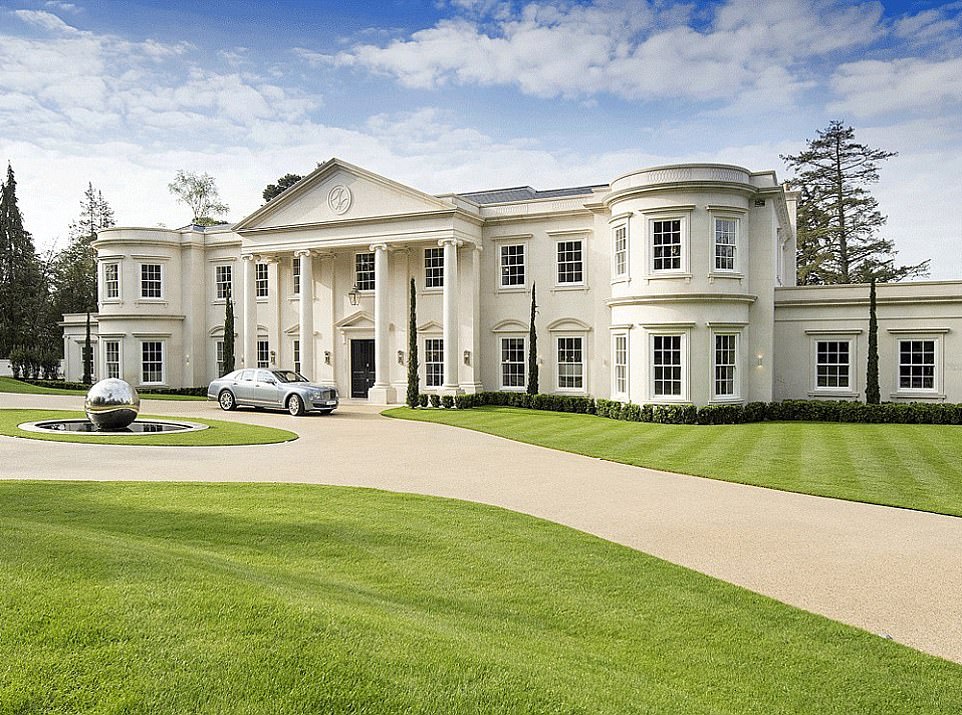 The mansion in Surrey boasts its own pool, spa, wine cellar and cinema and underground car park with space for ten cars 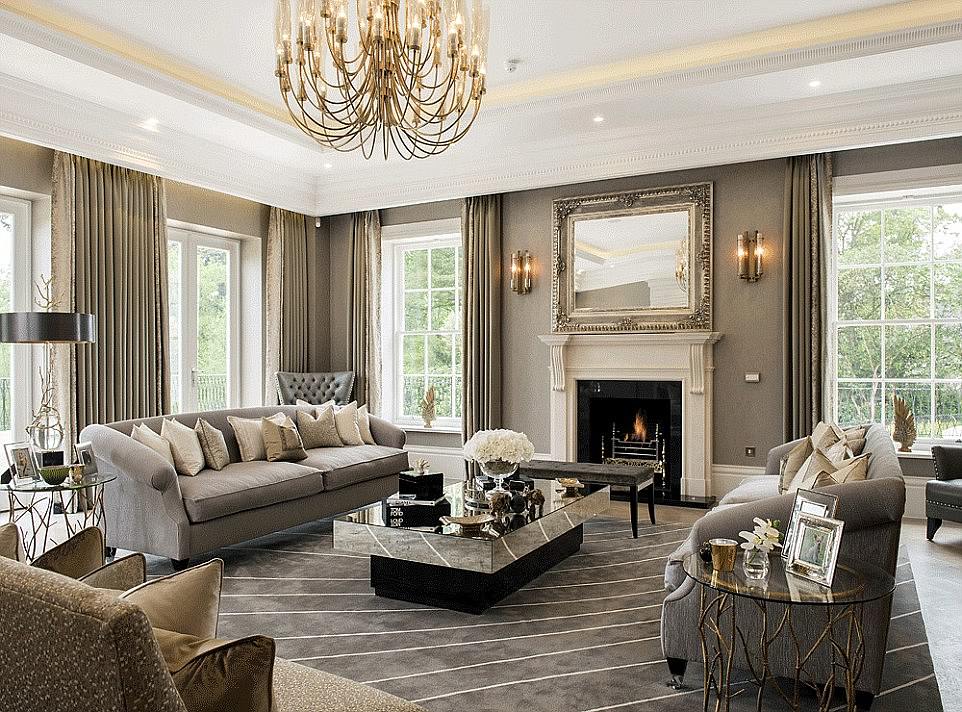 Mr Tsvetkov, who came to the UK from Russia and became a British citizen in 2010, hit the headlines in January in a court row over a £15million diamond with then-business partner Rustem Magdeev in a Graff boutique in Cyprus.

His wife Ms Khayrova is the daughter of Russian politician Rinat Khayrov, who is thought to earn £105,000-a-year as a member of President Putin’s party.

Their family mansion boasts its own pool, spa, wine cellar and cinema and underground car park with enough space for ten cars. 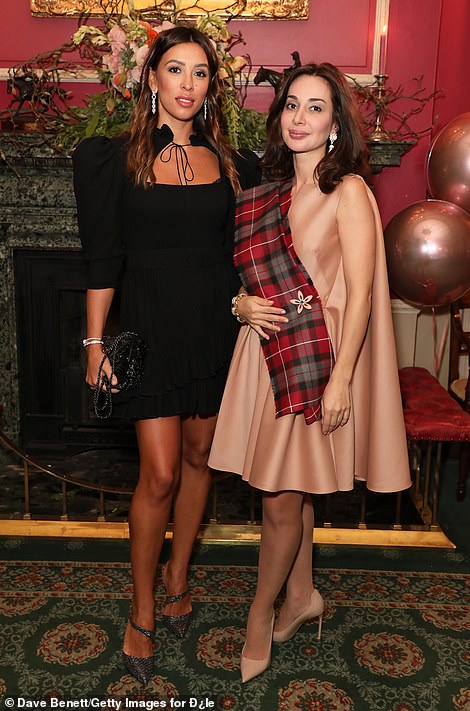 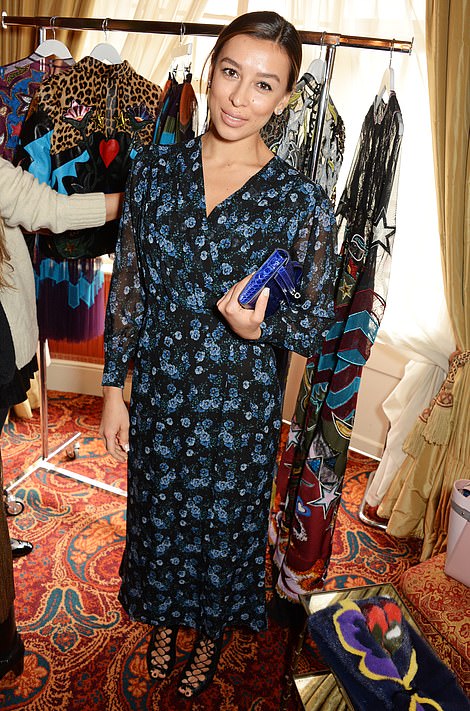 Elsina Khayrova (left) with Blaire Fraser at Blaire’s Birthday Soiree at The Caledonian Club in London on January 9, 2020 [left] and at the Mary Katrantzou London Fashion Week lunch at Mark’s Club in London on February 23, 2016 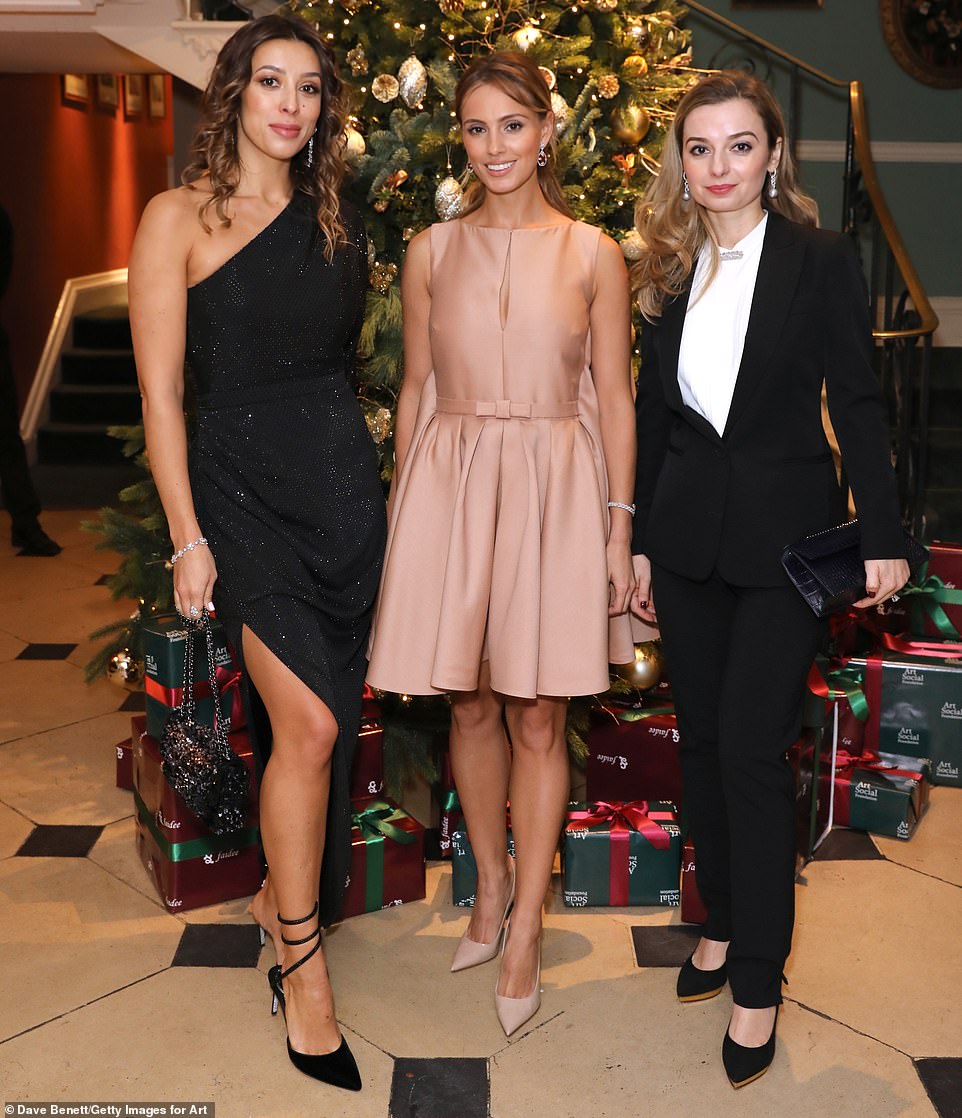 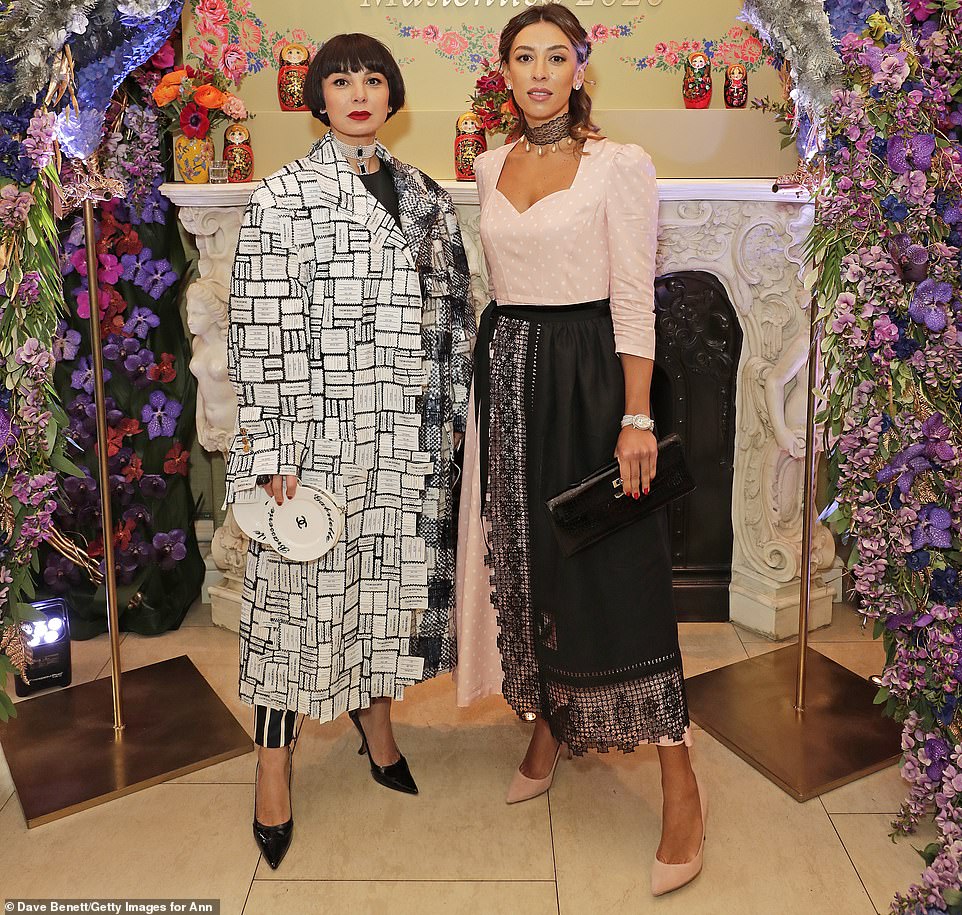 But the couple have now turned on each other and Mr Tsvetkov has left the family home, the court heard.

Mr Tsvetkov’s lawyer Ashley Cukier is accusing Ms Khayrova of taking her husband’s passport after he departed and refusing to give him it back.

Paul Mitchell QC, for the wife, denied she has her husband’s passport and asked for ‘delivery up’ of millions of pounds worth of the valuable possessions the couple enjoyed, including cars, jewellery and works of art.

He told Judge Nigel Lickley QC that Ms Khayrova has invoices proving she paid for the items and that they belong to her alone, something her husband denies.

Judge Lickley, delivering his ruling after a short High Court hearing, dismissed both the husband and the wife’s applications for delivery up of the contested property, telling them they must sort their differences out in the divorce courts. 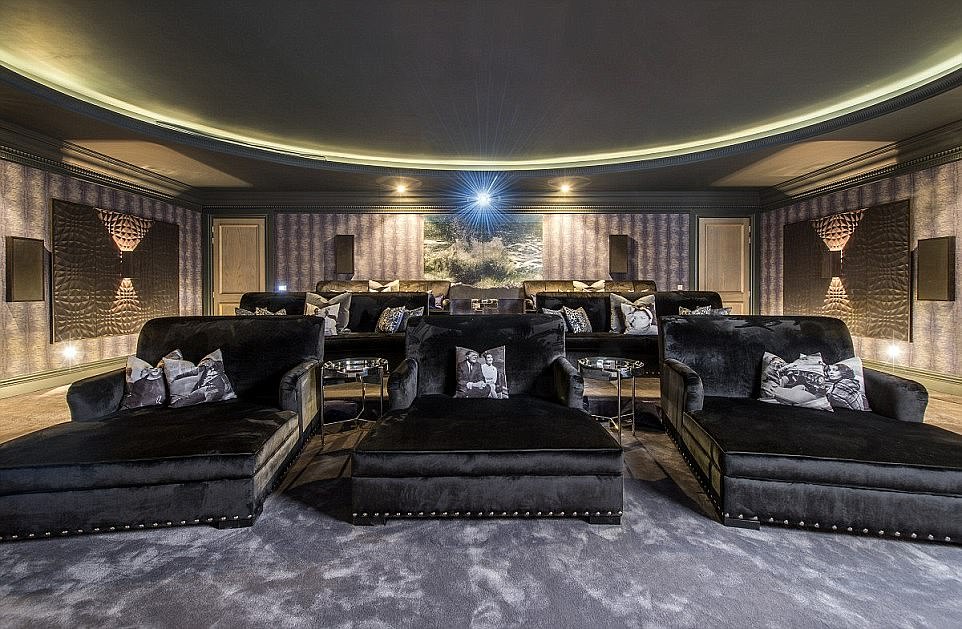 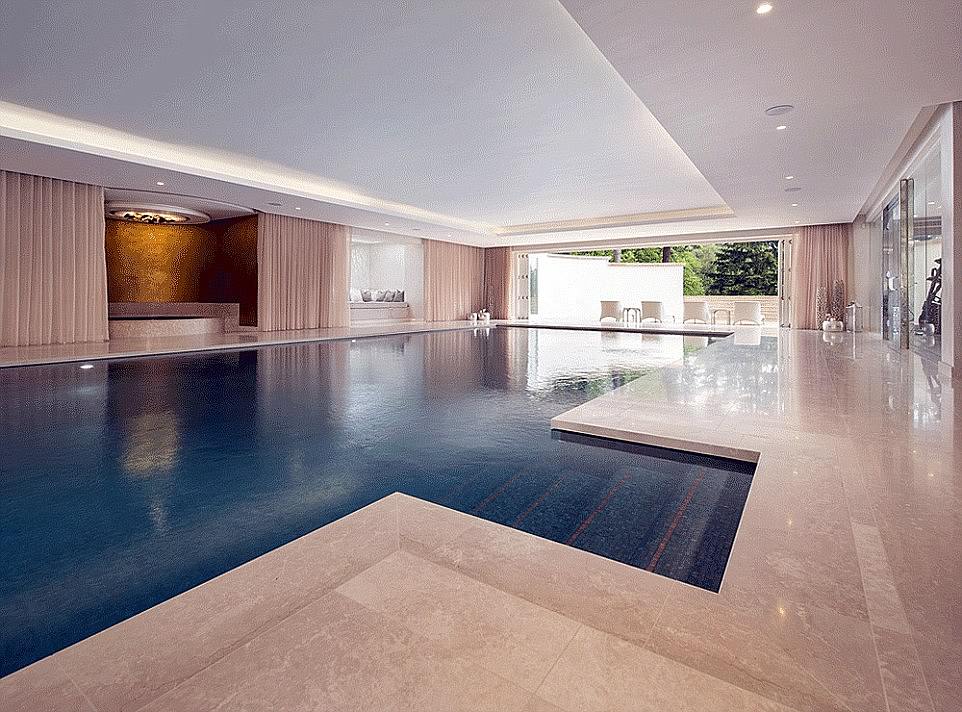 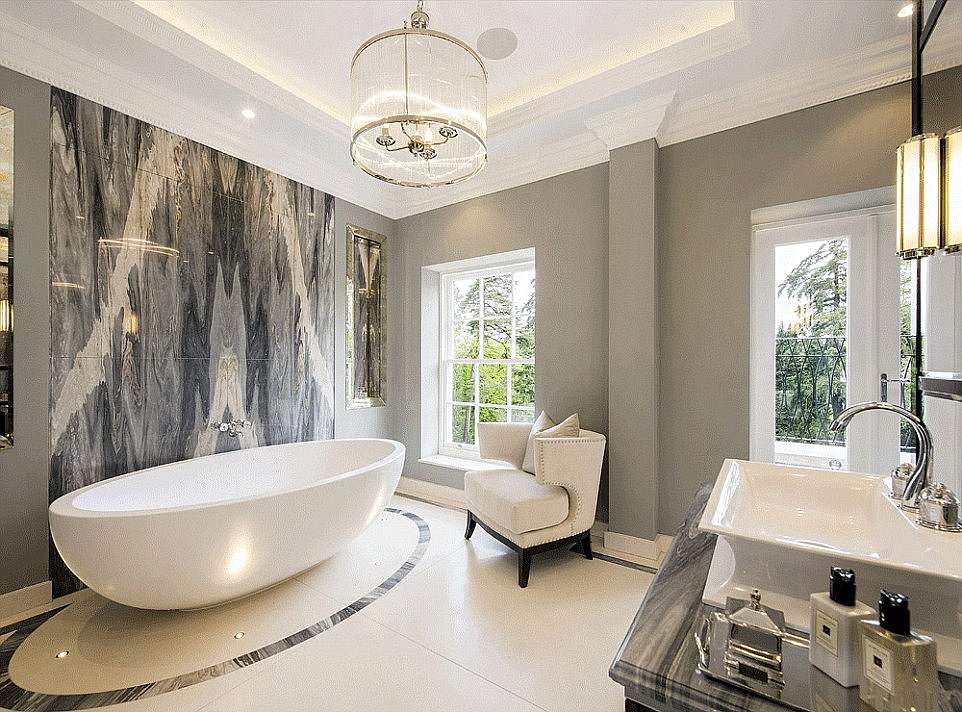 ‘The parties are married, but in the process of divorcing,’ he said.

‘The husband seeks recovery of passports in his name that he says were delivered to the family home after he left and were retained by Ms Khayrova and he needs his passports back.

‘Ms Khayrova cross-applies for delivery up of assets which total many millions of pounds, including expensive Cartier jewellery, works of art by famous painters and expensive motor cars.

‘The purchase documents for the property are in her name and she in entitled to at least assert that the property is hers. 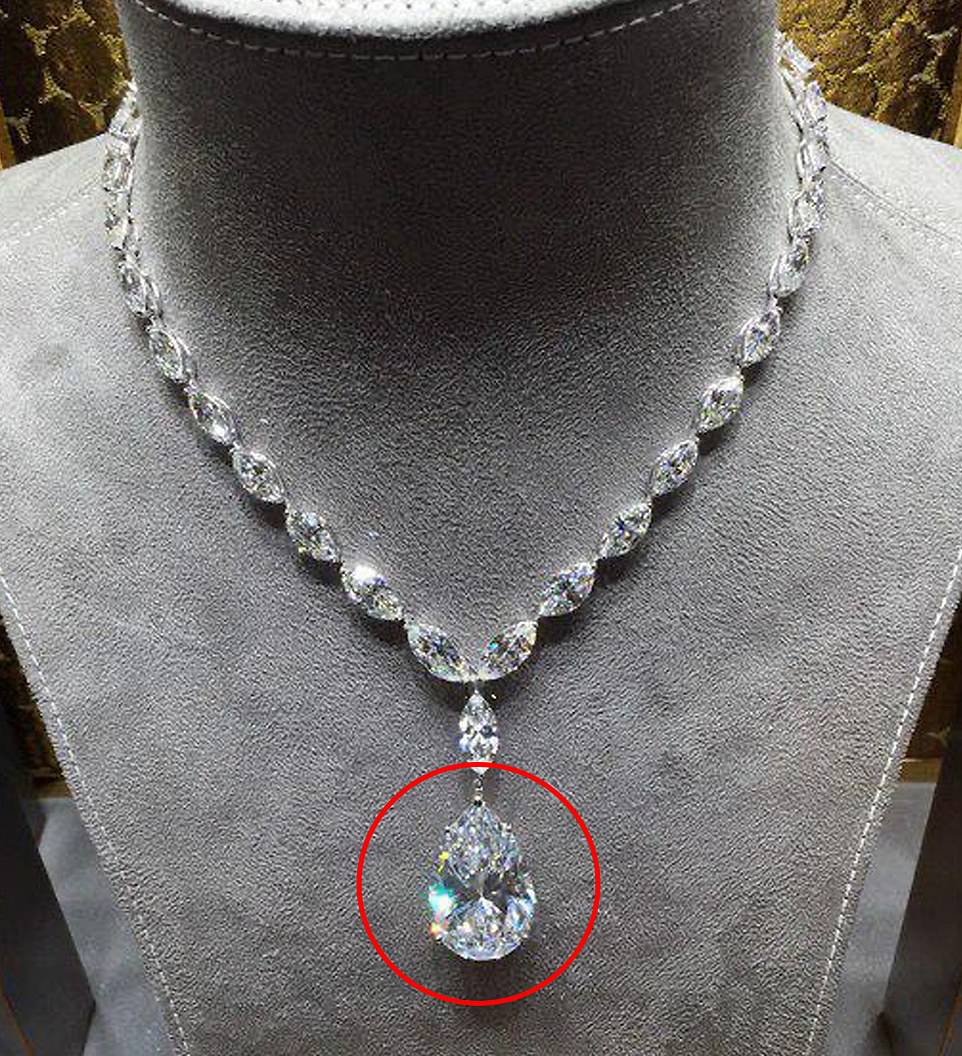 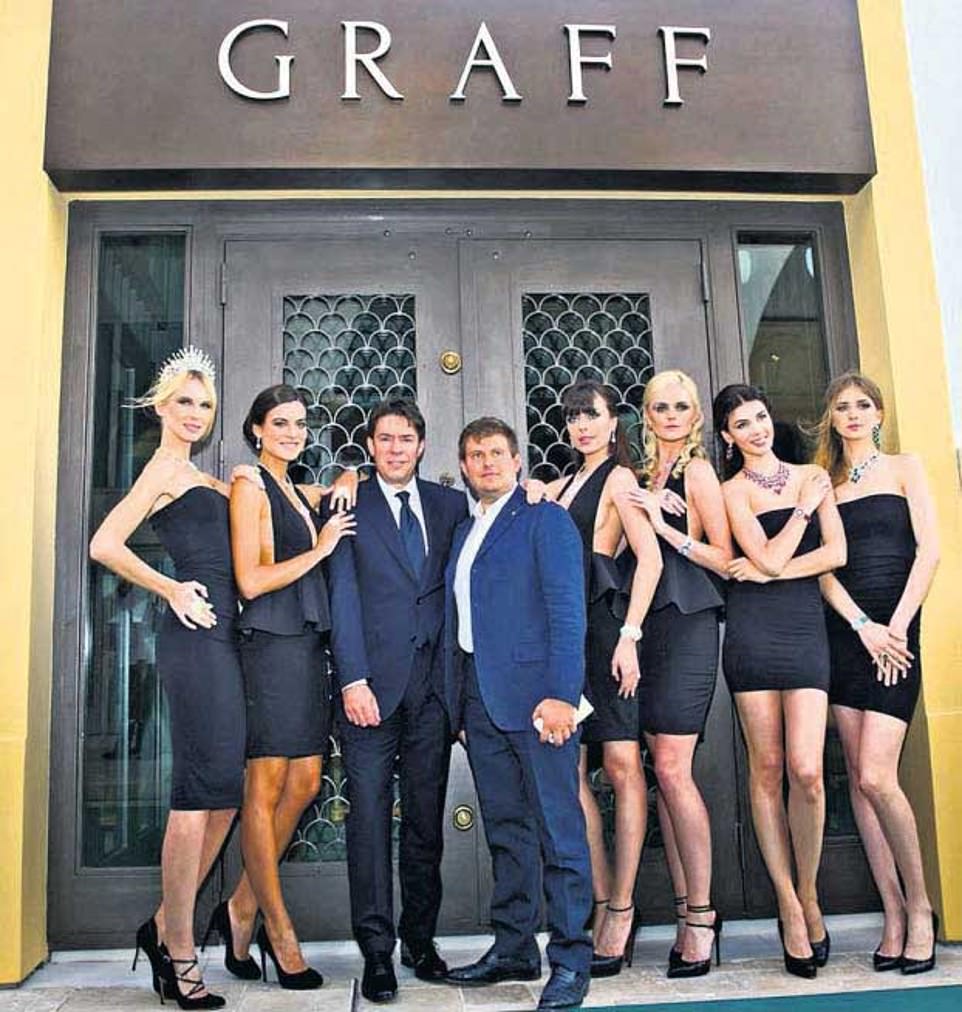 Mr Tsvetkov (pictured in the light blue suit on the right), next to Francois Graff, at the opening of a Graff store in May 2015

‘I am told by counsel for the husband that it is not as simple as that. There are divorce proceedings that will decide how the family property is distributed.’

The judge went on to dismiss both the husband and the wife’s applications, saying: ‘This is not the appropriate forum to resolve the matters here today.’

He told the couple: ‘Evidence would be necessary, I would need to hear from you both.’

‘You will be advised by your lawyers what the appropriate steps are in due course,’ he concluded, telling them they could both afford to pay their own court costs and adding ‘these are people of considerable means and assets.’

Their battle will now be carried on in the divorce courts at a later date.