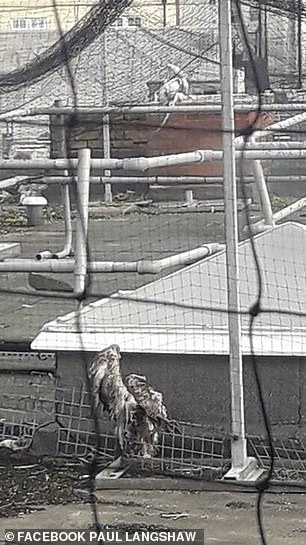 Bird lovers have slammed Sainsbury’s after two dead seagulls were seen trapped in netting above one of their stores.

The distressing image, which shows the decomposing remains of two birds caught in nets above the store in Mostyn Street, Llandudno, North Wales, was posted online, prompting outrage among locals.

More than 160 people have commented on the picture since it was uploaded to the Facebook group ‘You know you are from Llandudno if you…’, with many hitting out at Sainsbury’s.

One comment said: ‘What a horrible way for them to die.’

Another said: ‘This is so disgusting, those seagulls must have really suffered… disgusting.’

But some defended the use of netting, with one commenter saying: ‘Seagulls are vermin… worse than rats in my opinion… there wouldn’t be nets on the roof if there wasn’t too many of them.’

Another said: ‘How can anyone seriously expect a member of staff employed to work in store to go up on a roof and remove dead seagulls?

‘I totally agree it’s not right, but just because a member of staff hasn’t personally gone up and done it, that doesn’t suggest they aren’t arranging something? I know I’m not allowed on the roof of my shop, so maybe it’s the same case for them!’

The RSPCA said trapped birds ‘can sometimes suffer a long and painful death’ if they are not spotted in time to rescue them from netting.

A spokeswoman for the RSPCA said: ‘It is upsetting to see an animal in distress or that has been trapped. 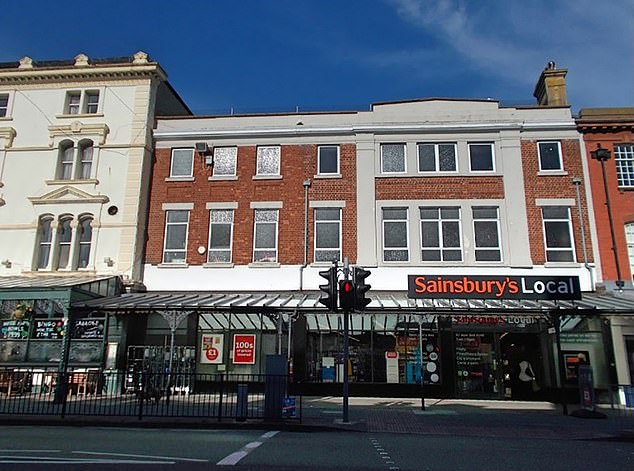 A spokeswoman for the RSPCA said She said problems with netting occur when they are put up incorrectly or the netting itself is damaged (pictured: The Sainsbury’s store)

‘We recommend that anyone with netting installed on their property sets up a system to check regularly for trapped birds and to ensure any netting is in good repair.’

She said problems with netting occur when they are put up incorrectly or the netting itself is damaged.

She added: ‘These birds become exhausted and are often badly injured by the netting and can sadly sometimes suffer a long and painful death from injury or starvation if they are not spotted in time.

‘If you have seen dead birds in netting, or you are aware of a regular issue of birds becoming trapped in netting, the RSPCA would be grateful if you could forward the address, property owner (if known) and date of the incident to [email protected]’

Sainsbury’s said: ‘We’re aware of this issue and are working to fix the netting to prevent this from happening again.’