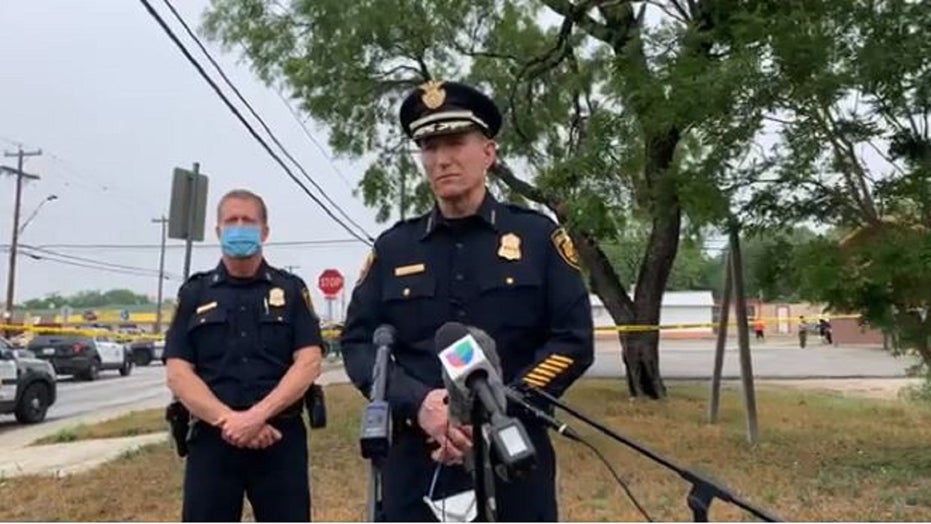 A San Antonio, Texas, police officer was shot in the hand Friday before he killed two suspects and injured a third during a gunfire exchange, authorities said.

Police Chief William McManus said the officer’s body camera footage showed him pulling over a truck with three people inside around 11:30 a.m. for an unknown reason.

As he was having a “casual” conversation with the male driver, the driver pulled out a gun and began firing, he said.

The officer was struck in the hand and returned fire as he was backing up. The driver and a male passenger were hit and pronounced dead at the scene.

A female passenger was shot in the chest and taken to a hospital. Her condition was not immediately known.