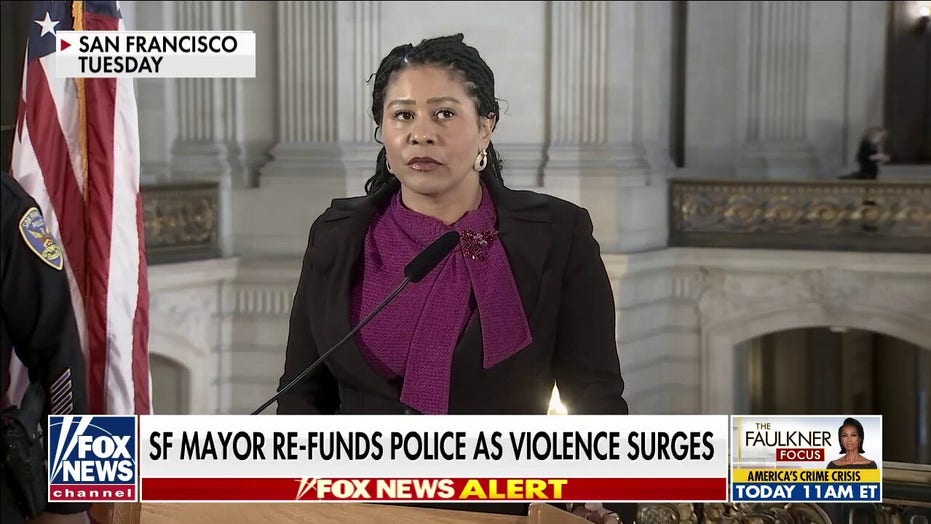 A series of initiatives announced by San Francisco’s mayor to address the spike in crime and open-air drug dealing and substance abuse was met with praise by the city’s police union and cautious optimism from others after years of broken promises from elected officials.

In the midst of a wave of brazen retail thefts by organized groups of thieves coupled with property and gun crimes in some of the city’s most underserved neighborhoods like the Tenderloin, Mayor London Breed on Tuesday called for the deployment of more police officers to strengthen public safety.

“Rampant retail theft and violent smash and grab robberies plaguing San Francisco have increased the demand from local and national retail businesses for protection from this epidemic. Unfortunately, there are simply not enough San Francisco police officers to keep all of these stores and shoppers safe,” Tony Montoya, president of the San Francisco Police Officers Association, said in a statement. 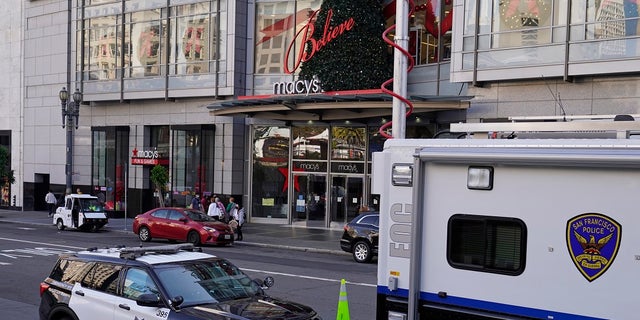 “Mayor Breed’s announcement yesterday to deploy more police officers to address the unacceptable level of crime in portions of our city, namely the Tenderloin, is an acknowledgment that the push to defund the SFPD was a mistake,” he added.

During a City Hall address on Tuesday, Breed, a Democrat, said the city needed to get aggressive about holding criminals accountable. Included in her crime-fighting initiatives is a crackdown on illegal vending, which authorities say incentivizes the smash-and-grab robberies, as well as amending an ordinance to allow the police to monitor surveillance cameras in real-time in an effort to combat the wave of retail thefts.

“It’s time the reign of criminals who are destroying our city, it is time for it to come to an end,” she said. “And it comes to an end when we take the steps to be more aggressive with law enforcement. More aggressive with the changes in our policies and less tolerate of all the bull— that has destroyed our city.”

She specifically cited the Tenderloin, one of the city’s poorest neighborhoods that has been plagued by rampant drug dealing and other social issues for years. Her plan calls for emergency intervention to improve safety in the area. She said she will ask county supervisors in January for money to pay for more police overtime and to increase the department’s budget.

Randy Shaw, the executive director of the Tenderloin Housing Clinic, which provides legal and housing services to low-income people, told Fox News he will take a wait-and-see approach but welcomes a larger police presence in the neighborhood. 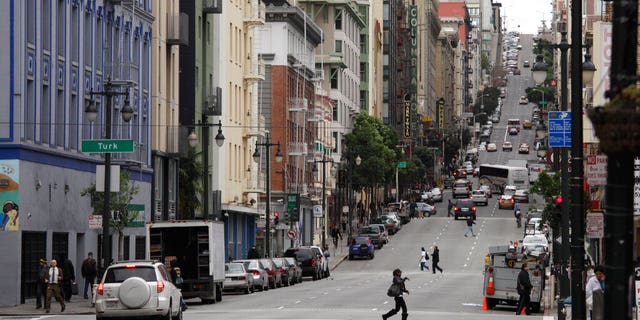 “When you don’t arrest drug dealers and you don’t have visible police, more drug dealers say ‘Hey, this is a great place to do business,’” said Shaw, who has been working in the Tenderloin for four decades. “It’s just been completely out of control for two years now. I don’t think there’s any place in the United States that matches what we have in the Tenderloin.”

Breed has directed the city’s Department of Emergency Management to coordinate with other agencies, including law enforcement, to clean up the streets – she cited some areas are full of urine and human feces – and disrupt drug dealing.

Shaw said of the intervention that people “want to see the results on the street before they claim victory.”

Criminal justice advocates have long argued that increased law enforcement winds up incarcerating the most vulnerable like the homeless and drug addicts.

John Hamasaki, a San Francisco police commissioner and defense attorney, told Fox News the city can’t arrest its way out of the problem. He said arresting street-level drug dealers won’t do anything to reduce the demand.

A witness captured a group of women running out of a San Francisco CVS Pharmacy with bags allegedly stuffed full of stolen items as a spree of retail thefts continues to plague the city.
(KTVU)

“It doesn’t address the underlying problems of addiction and overdosing,” he said. “What happens whenever we do these surges, which we’ve done multiple times over the years, is it just ends up pushing dealers into different neighborhoods.”

“Just saying the police are the solution without addressing the underlying conditions that lead to these problems, then it feels a bit shortsighted to me,” he said.

During her address, Breed said she met with Tenderloin families last week who complained of drug dealing and nasty streets. Last week, the San Francisco Police Department’s Tenderloin station arrested 17 drug dealers, 14 of whom had previous arrests. Six of the suspects had outstanding warrants.

The mayor said the criminal justice system needs to do its part in keeping the community safe.

“When the police make an arrest, the residents of the Tenderloin should not see that same person back on the streets the next day dealing drugs right in front of their neighborhood,” the mayor said.

She said she plans to ask supervisors to support her initiatives that require legislative changes in January.