This young boy found himself in a jam that required firefighters, a car jack and a screwdriver to get out of.

A video taken at the Jinguang Elementary School in Datong City, China shows a pupil with his head stuck in between two concrete pillars.

When looking closely at the space between the pillars, it appears the space could be no wider than a handful of inches. 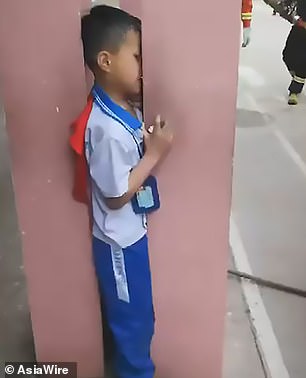 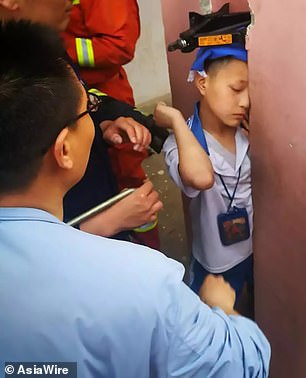 A school pupil in Datong City, China became stuck in between concrete pillars at his school

It is unclear how exactly the child was able to fit into the tiny space in the first place.

However, what is clear is that the small school pupil is in a state of emotional distress.

His crying can be heard amidst conversations between the firefighters.

In the video, he is helped by firefighters that are using a car jack to increase the space between the two pillars. 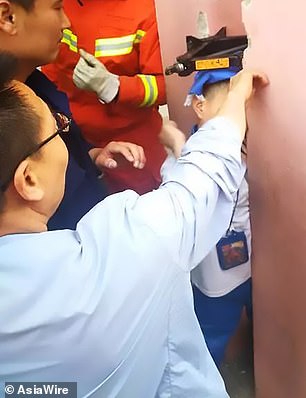 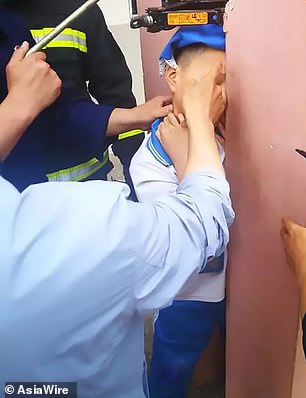 The jack is being slowly opened by one of the firefighters, while another man tries to chip away some of the concrete from one side.

After a final push from the firefighters, the boy’s head comes loose and he is dusted off by the men at the scene. 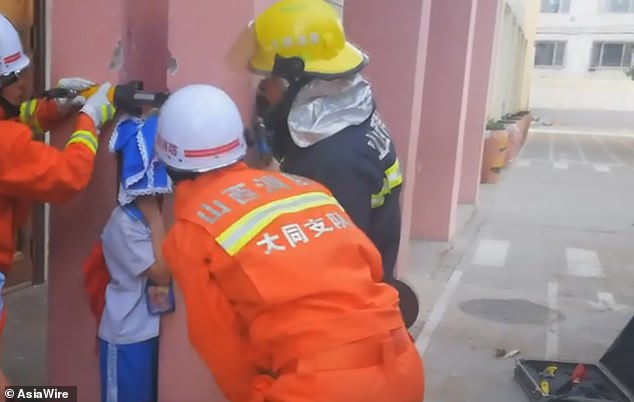 It is unknown how long his head was stuck in between the pillars.

The video, which has now gone viral in China, has more than 5 million views.