A school principal has sent a document to parents asking them to rate their ‘whiteness’ and urging them to be 'white traitors' who 'dismantle regime'.

The handout includes a ranking '8 White Identities' graphic ranging from “White Supremacist’’ to “White Abolitionist” as well as a colored meter ranging from red to green. 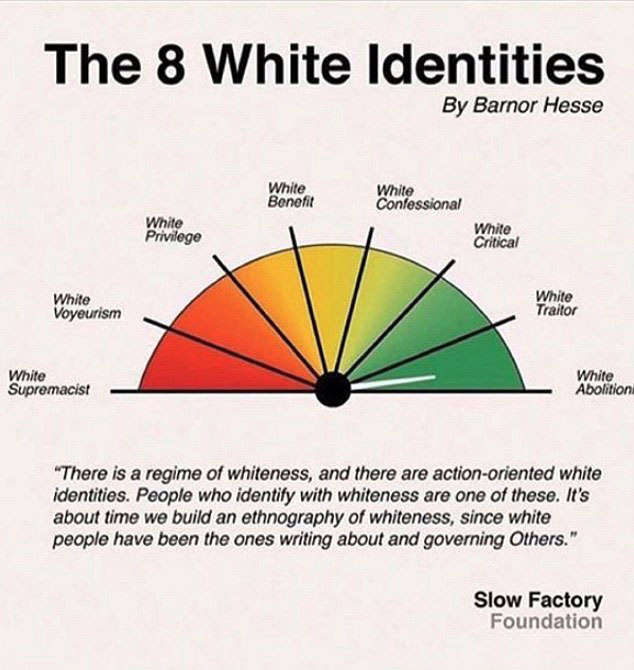 According to the New York Post, educations officials said that the principal of the East Side Community School in Manhattan, Mark Federman, shared the document with staff before sending it to parents.

The curriculum that was written by Barnor Hesse, an associate professor of African American studies at Northwestern University in Illinois, reads: “There is a regime of whiteness, and there are action-oriented white identities.

“People who identify with whiteness are one of these,’’ Hesse writes above the eight-point list.

“It’s about time we build an ethnography of whiteness, since white people have been the ones writing about and governing Others.’’

The list starts with ‘White supremacists’, who support a 'clearly marked white society that preserves, names, and values white superiority.'

Follows  'white voyeurism,' which are people who ‘wouldn't challenge a white supremacist' and desire non-whiteness because it is ‘interesting' and 'pleasurable.'

Next, 'white privilege' people may 'critique white supremacy' while ‘white benefit’ people are ‘sympathetic to a set of issues but only privately’.

The ‘white confessional’ category is for people who 'seek validation' from people of color and 'exposure of whiteness takes places, but as a way of being accountable to people of color.'

As ‘white critical’ are described those who 'take on board critiques of whiteness and invest in exposing/marking the white regime', while ‘white traitors 'actively refuse complicity,' and intend 'to subvert white authority and tell the truth at whatever the cost.'

Lastly ‘white abotionalist’ tend to 'dismantle whiteness' and to 'not allow whiteness to reassert itself,' according to the document.

A Department of Education official told the New York Post the document was sent to parents “as part of a series of materials meant for reflection” and as “food for thought.” 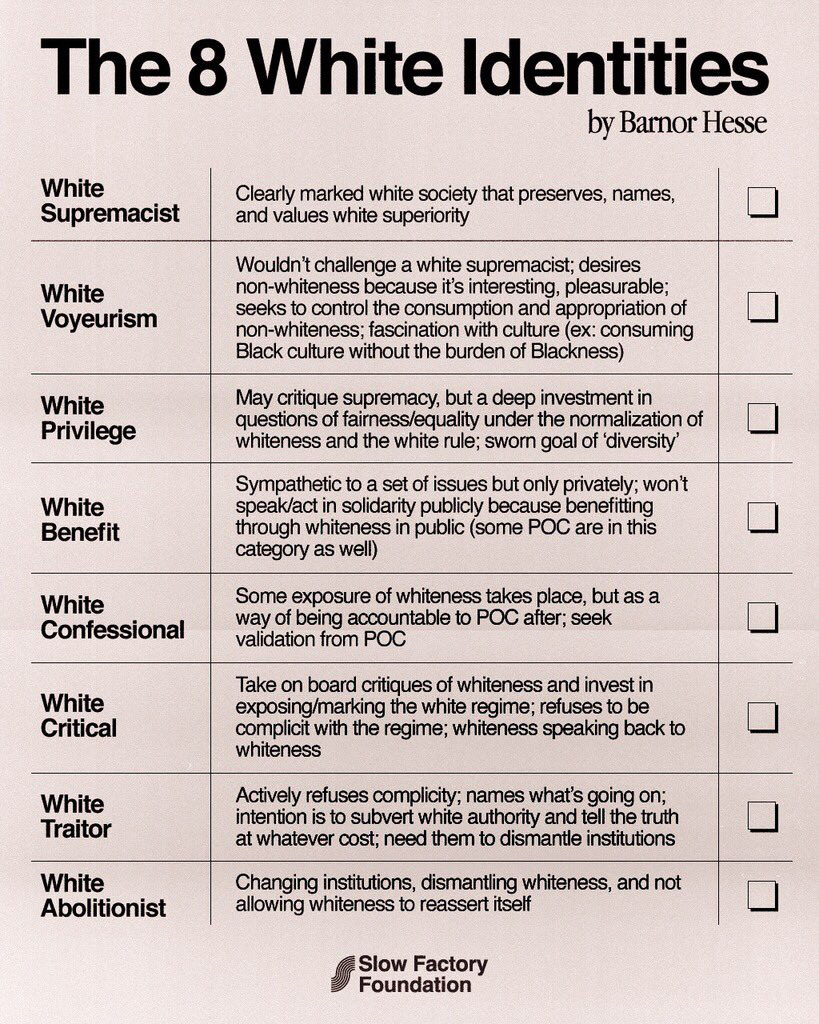 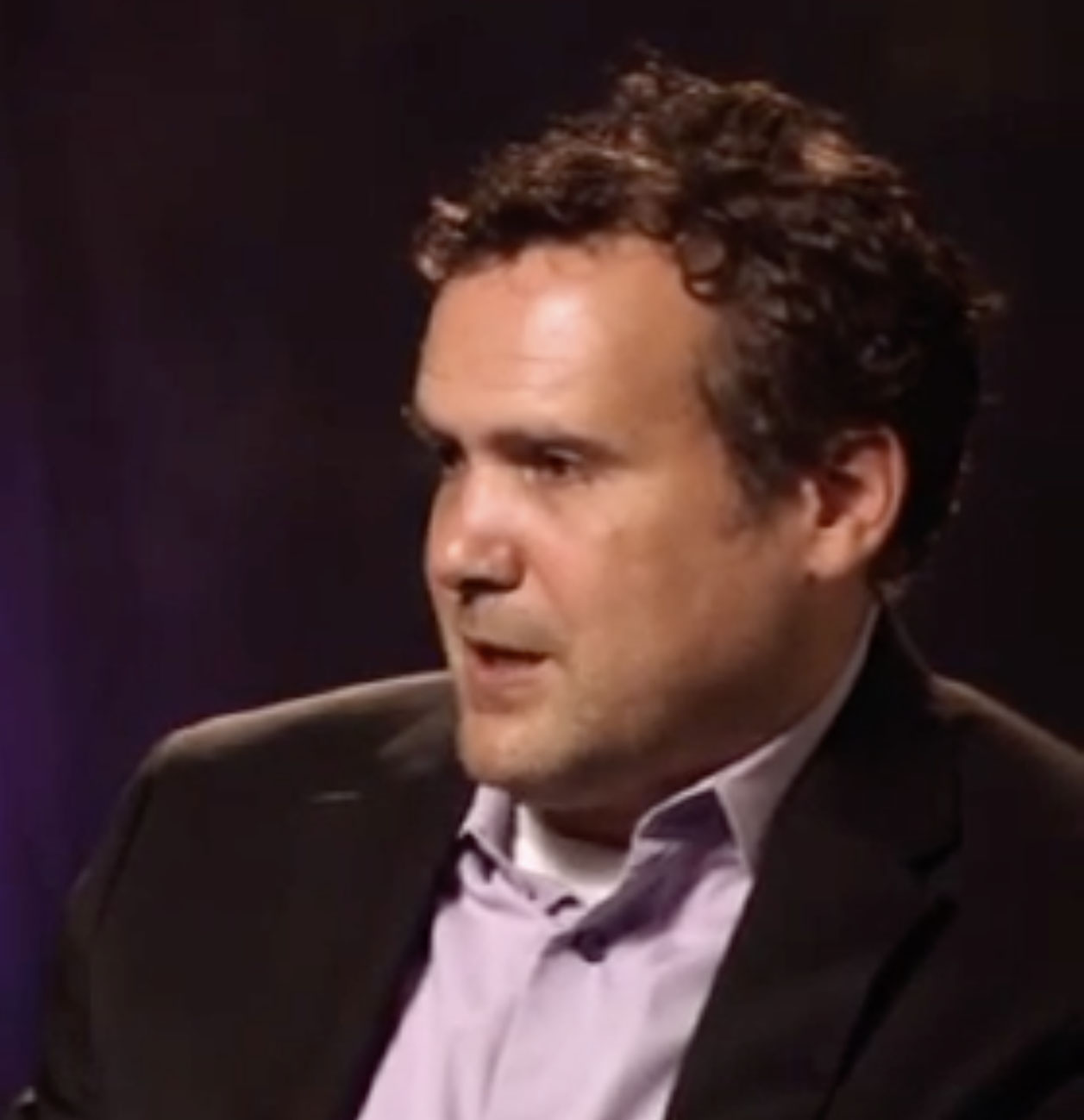 He said in a statement: “Anti-racism and the celebration of diversity is at the core of our work on behalf of the young people of New York City, and the East Side Community School’s students, parents and staff partner together to advance equity in their community.

“The document in question was shared with the school by parents as a part of ongoing anti-racist work in the school community and is one of many resources the schools utilizes.”

Currently the East Side Community School has 55 per cent Hispanic students, 18 per cent white students and 15 per cent black students.