A SCHOOL-run single mum filmed rolling her car into smug eco-protesters as they sat in a road blocking her path said: “They drove me to the edge.”

Sherilyn Speid, 34, at first got out her black Range Rover Velar to remonstrate with the Insulate Britain duo because she needed to get her 11-year-old lad to his lessons. 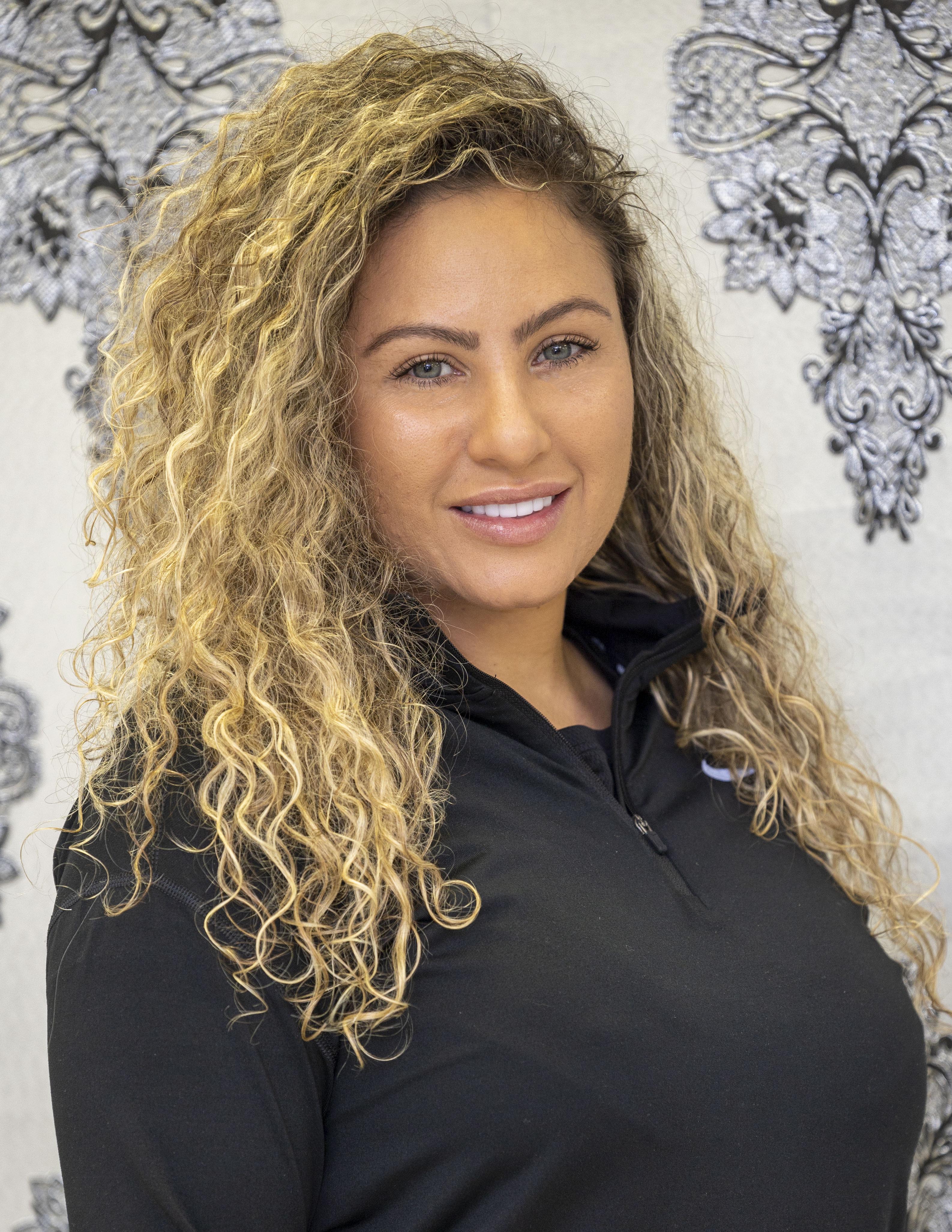 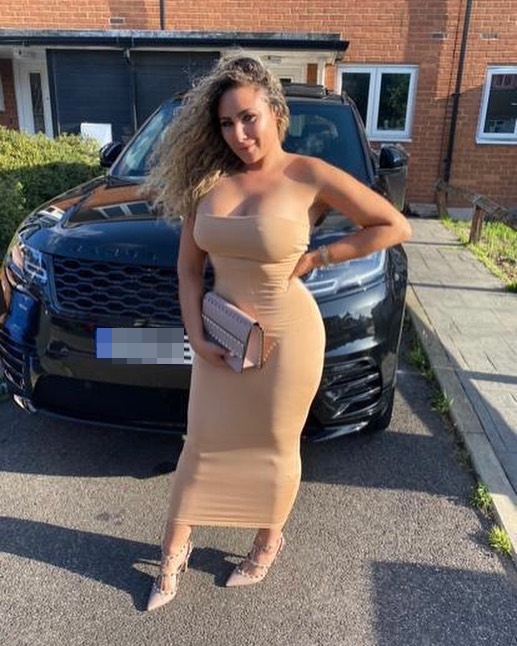 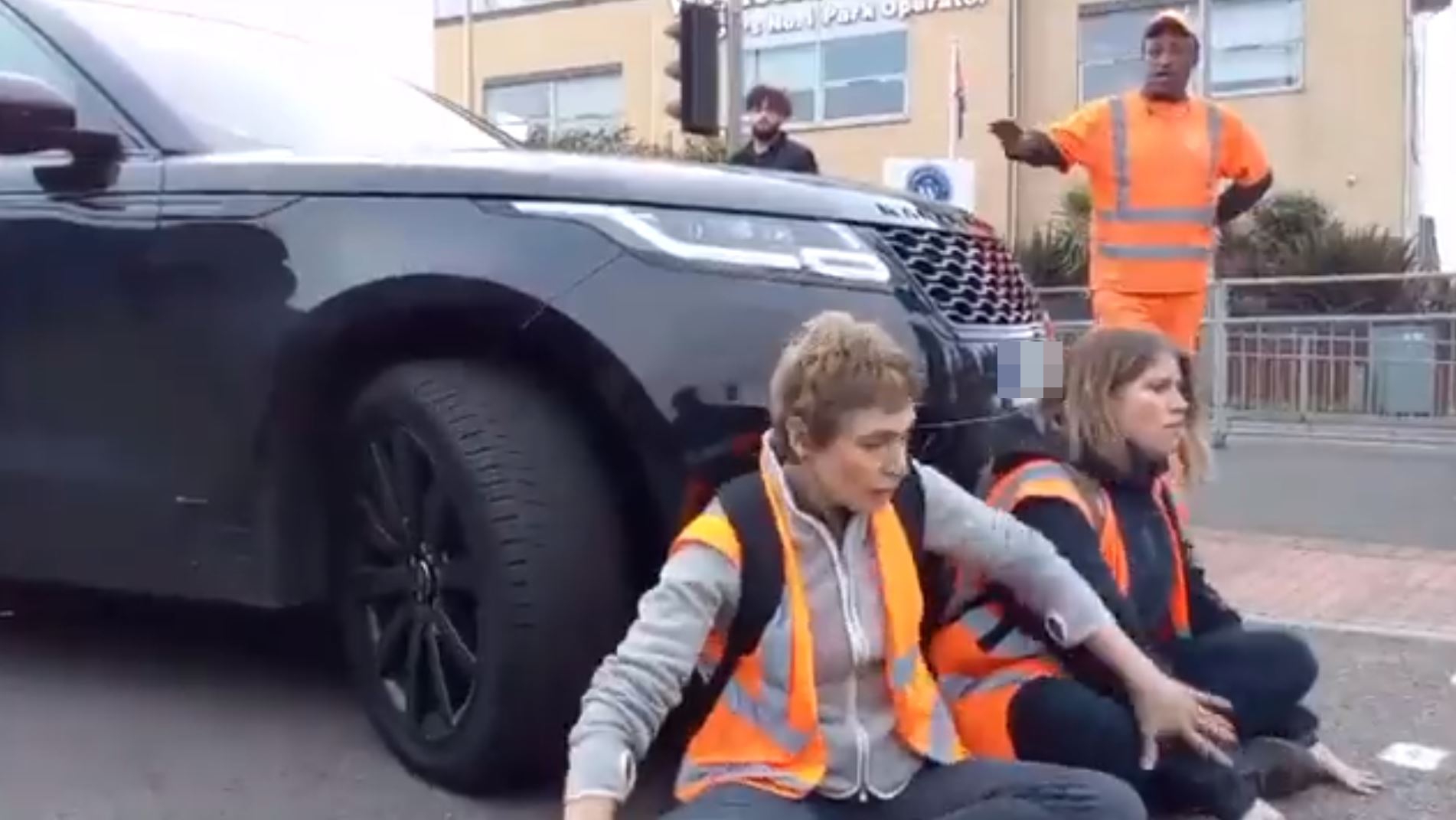 The mental health specialist, who was also on her way to work, said she lost her temper when they rudely refused and laughed at her.

Sherilyn got back in her £80,000 motor, started up and nudged it into the eco zealots to try to push them out of her way in Purfleet, Essex.

They were eventually moved on but Sherilyn’s usual ten-minute trip on October 11 took  45 minutes and she and son Terrel were both late.

Sherilyn, of Grays, Essex, told The Sun yesterday: “When I got out the car, I walked up to them and I said, really nicely and politely, ‘Can you please move out the way because I’ve got to get my son to school and I’ve got to get to work’.

“And a woman was very rude and said ‘Yeah, everyone has got to get their kids to school’.

“She then said ‘We’re not moving’ and laughed and that really really p***ed me off.

“In the end I said ‘Alright then, if you’re not going to move I’m going to drive at you’. So I got in my car and I went up to them.

“But I didn’t hit them I just nudged them slowly along the road. It was a scare tactic.  I thought they would move but they didn’t.”

Sherrilyn, who was a youth worker for seven years before setting up a counselling and mentoring business, said she would never hurt anyone and is not violent.

She added: “I shouldn’t have let the anger get the better of me but they pushed me to the edge.

“What they’re doing is wrong. They’re not peaceful, they’re obstructive and they’re rude.

"I’m upset I lost my temper and maybe I could’ve gone about it in a different way but I will always stand up for what I believe in — that people should be entitled to live their normal lives.

“And I was standing up for all the other mums who are just trying to take their kids to school.”

She went on: “Education is so important and we’ve just been through a pandemic. My son’s had loads of time off school.

“And I have an important job. I’m a single mum trying to make an honest living. I worked throughout the pandemic and  I have people in distress waiting to see me.

“People might see me as a maniac right now but I do a lot for my community.”

Sherrilyn said she has no problem with people protesting and embraces change, but she added: “They’re going the wrong way about it.

“I do get it. We want to have a nice planet for our children’s children, which I support — but they’re doing more damage than good.

“They should be protesting outside parliament and to the Government and not interrupting people’s lives."

'STANDING UP FOR MUMS'

Taking to Instagram the businesswoman insisted she simply nudged the eco-warriors, who had blocked her route as she attempted to drop her 11-year-old son to school.

She wrote: "I never run them over, I gave them a nudge, So dramatic man."

Appearing to laugh off media attention, in a follow-up post the mum added: "Someone said RAGE ROVER," with several laughing emojis.

In viral footage Sherrilyn can be seen screaming: "Let me take my son to school."

Other people at the side of the road can also be heard swearing at the Insulate Britain protesters.

"I'm not joking, my son needs to get to school,move out of the road," she said.

As a female protester explains why they're demonstrating, she blasts back: "My son is 11, he needs to get to school and I need to get to work.

"So move out of the way then. Let me get my son to school."

A man can be heard shouting "go on push 'em" as she then drives into their backs.

She then gets back out and yells: "I don't care what the f***ing issue is, my son needs to get to school."

The glamorous mum previously told her "biggest motivation" was her son.

In an interview with Urban Youth Mag about her business venture she said: "He’s such an inspiration to me because of his positive, optimistic nature and his will to keep going and never give up." 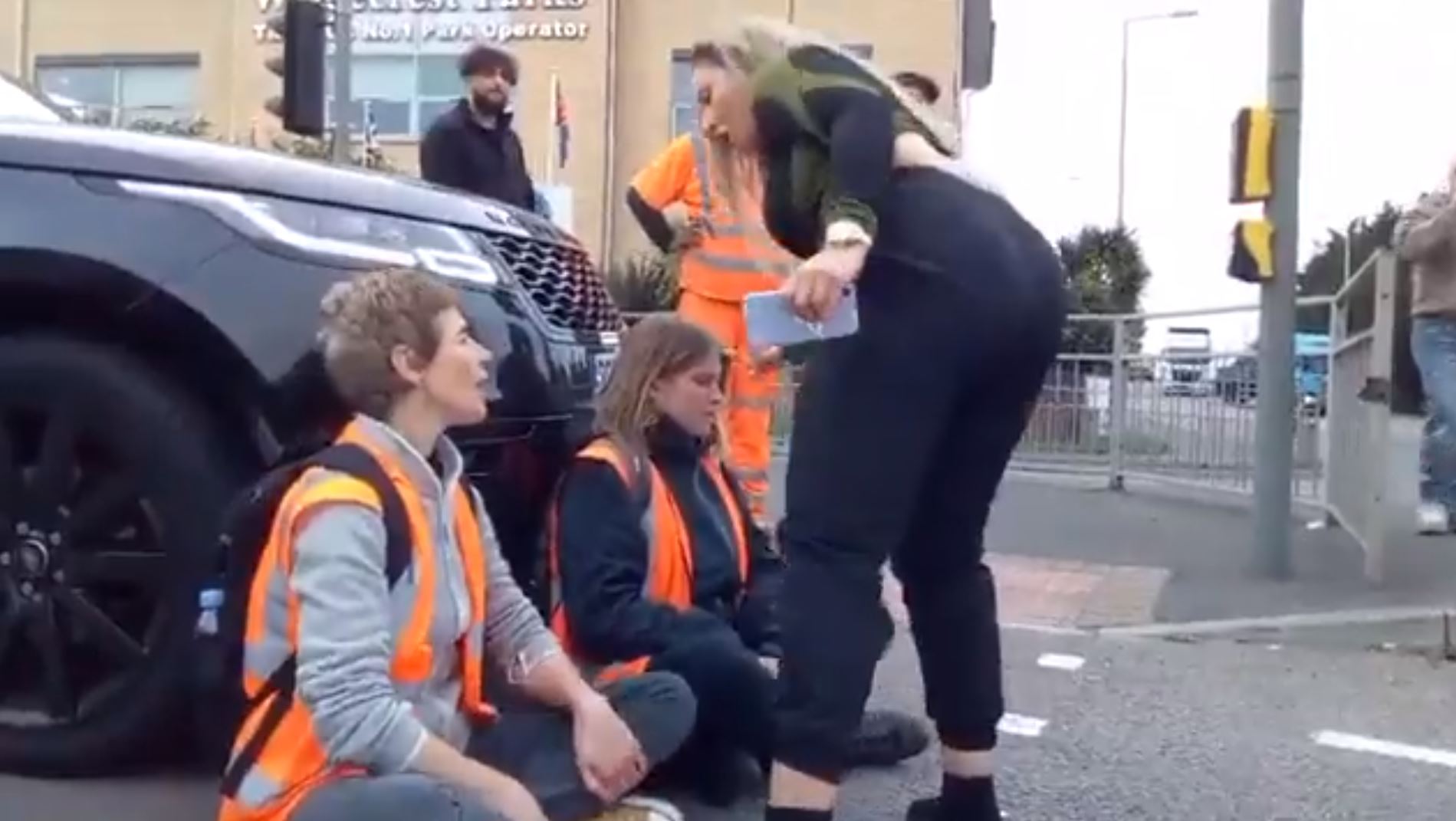 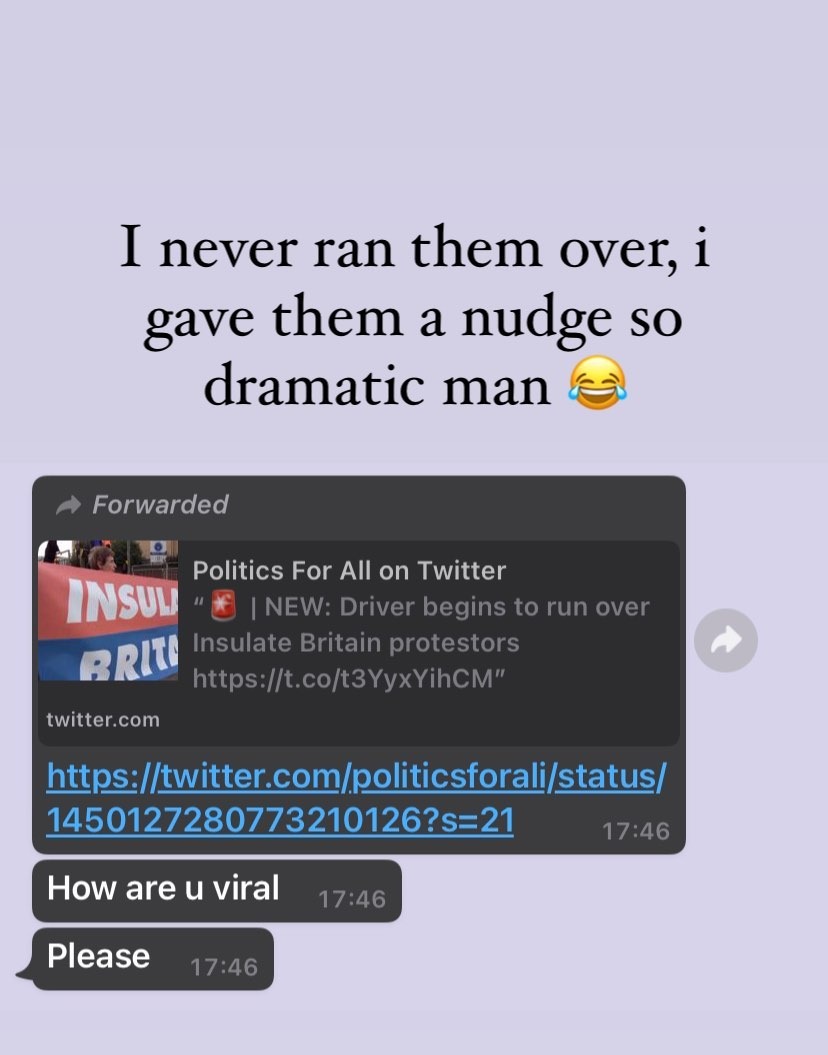 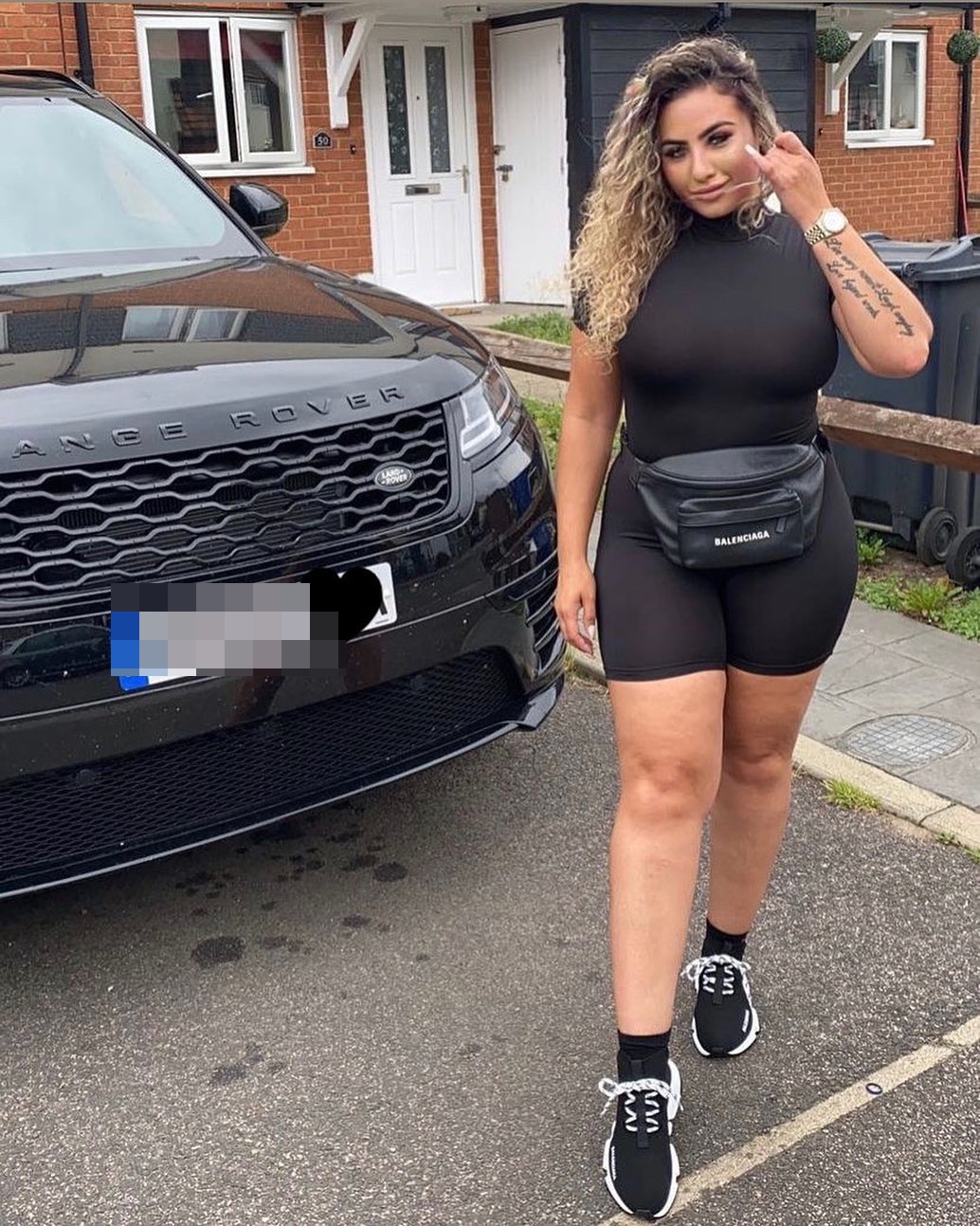 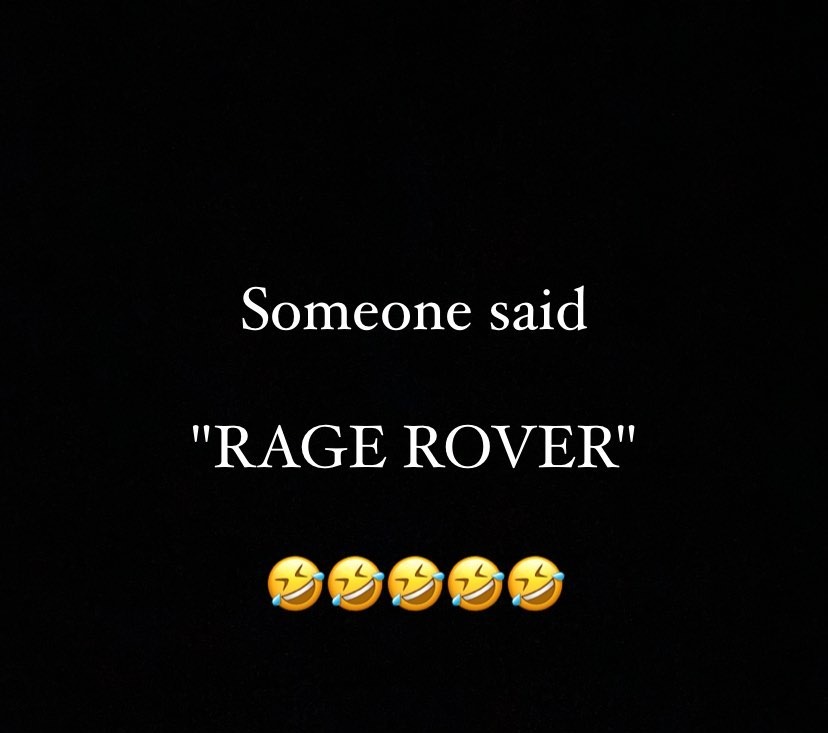