BRITAIN'S scorching heatwave will last for more than a week – before ending with a bang as thunderstorms sweep in.

The country has been warmer than parts of the Maldives in the past few days, and the mercury will soar again as the week goes on. 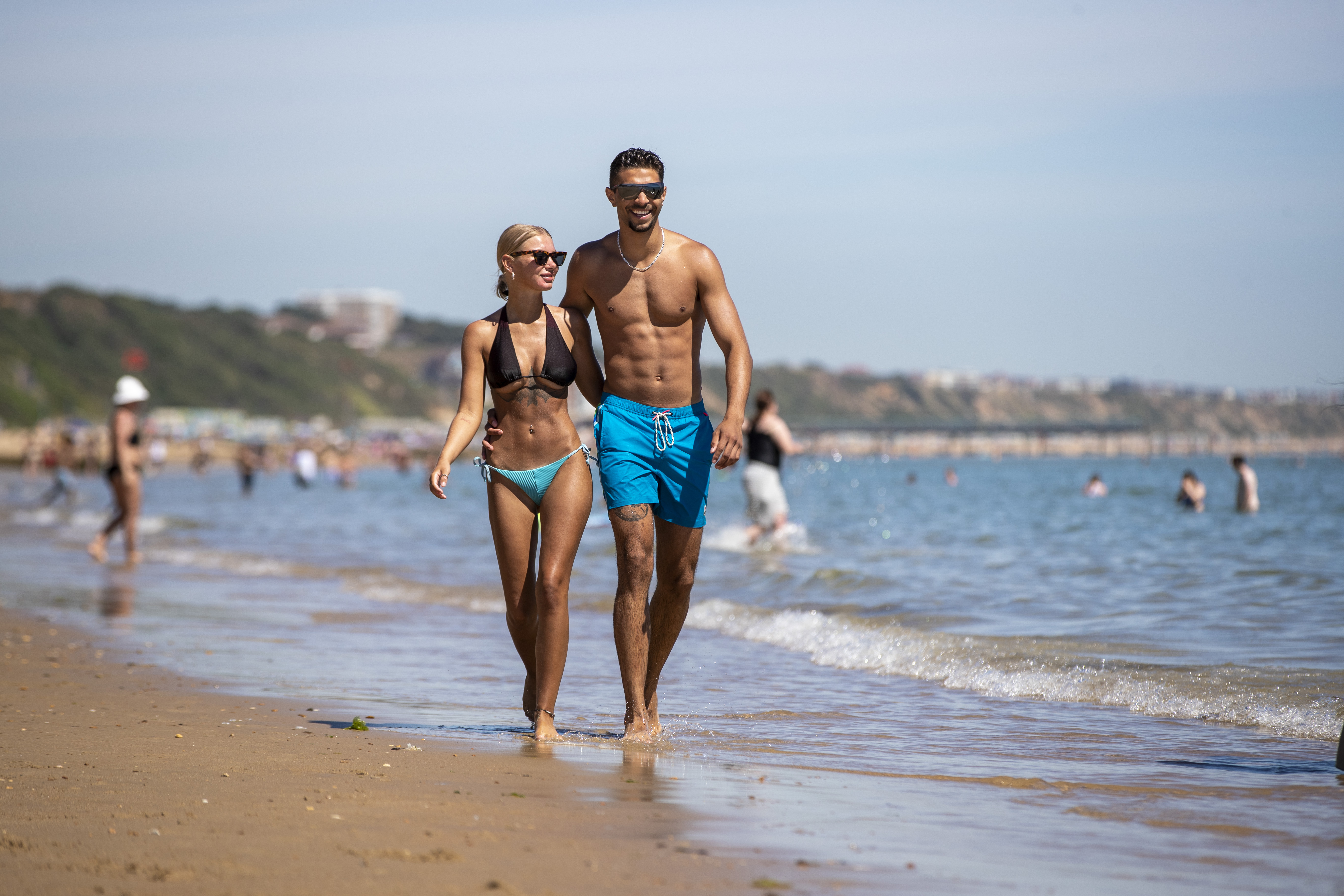 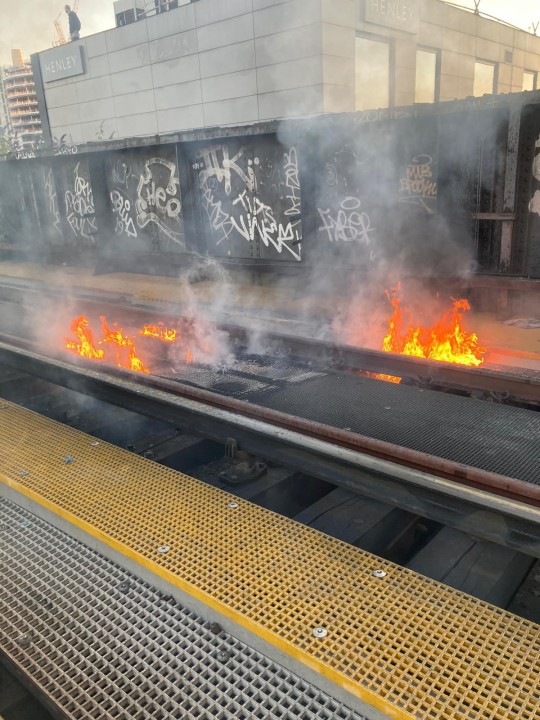 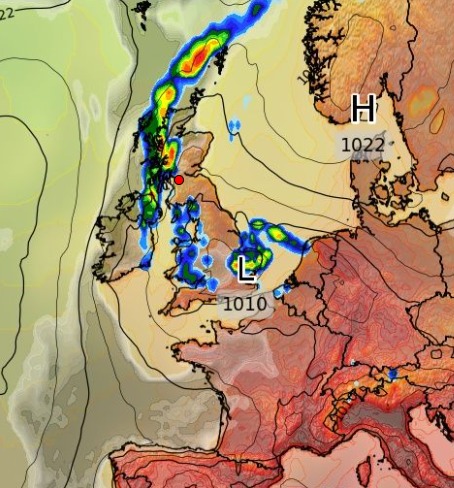 A 'danger to life' amber warning has been issued by the Met Office for Sunday, with "exceptionally high" temperatures likely.

At midnight that day, it's still expected to be a stifling 24C in London.

A Cobra meeting took place yesterday as Government ministers draw up their first-ever heatwave emergency response, and the UK Health Security Agency (UKHSA) has issued a level three heat-health alert for the south-east.

The weather will also have an impact on infrastructure, it's predicted.

Read more on the weather 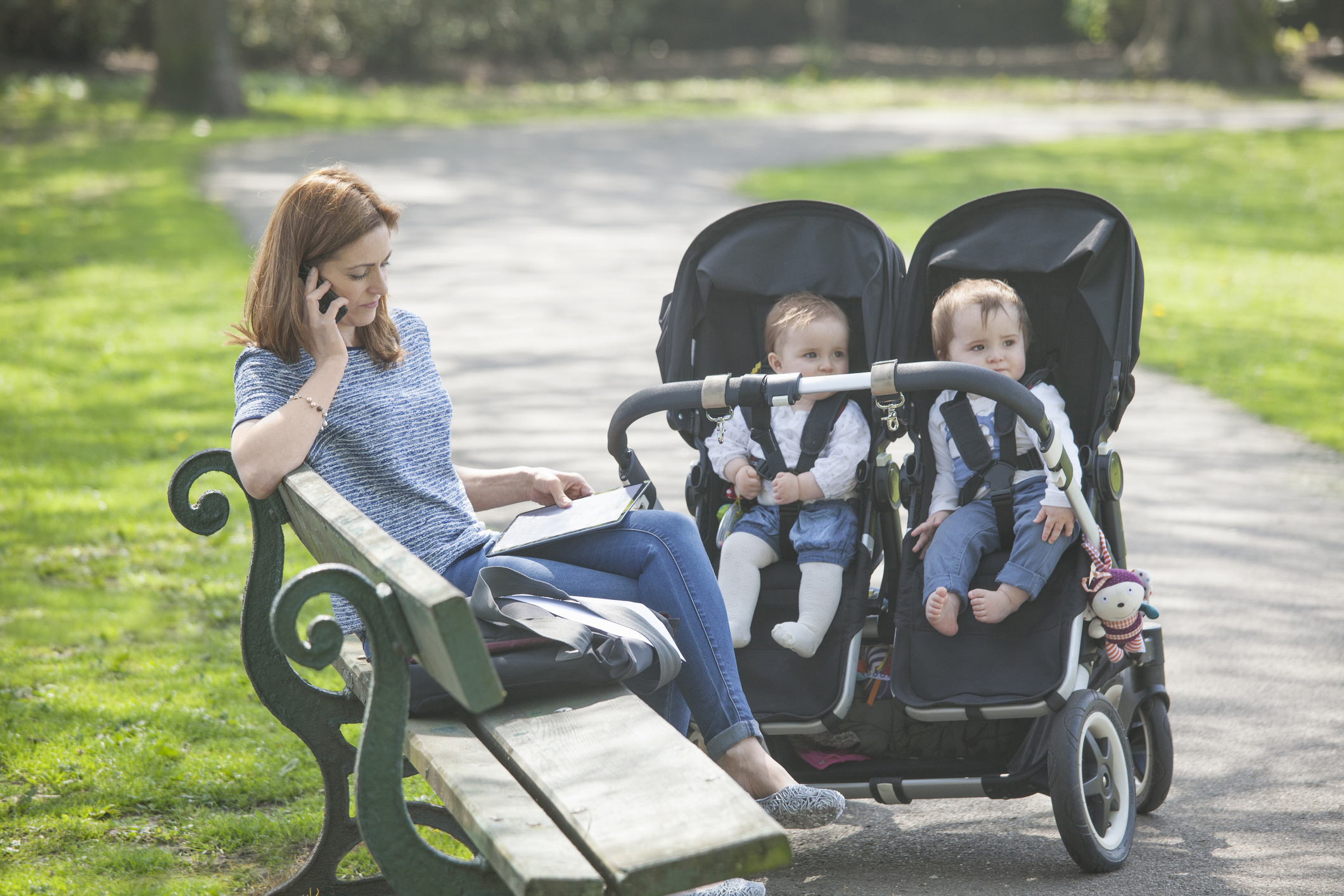 Hampshire council has gritters on stand-by in case roads melt, while a section of railway track at Battersea in London burst into flames yesterday.

Network Rail has warned any train journeys could face delays as lines warp in the heat.

A series of blazes also swept across the Army's Salisbury Plain Training Area on Monday – with firefighters unable to reach the flames because of the risk of unexploded ordnance.

Bookies have slashed the odds on a possible hosepipe ban, and water bosses have urged customers to cut down by not washing cars or sprinkling lawns.

Forecasters say that next week, thunderstorms will sweep the country as temperatures finally take a dip.

But before that, Brits are urged to take care and keep an eye out for isolated neighbours and family members.

“From Sunday and into Monday, temperatures are likely to be in excess of 35C in the southeast, although the details still remain uncertain.

"Elsewhere, temperatures could be fairly widely above 32C in England and Wales, and in the mid-to-high 20s Celsius further north.”

And Dr Agostinho Sousa, Head of Extreme Events and Health Protection at UKHSA, said people should stay out of the sun between 11am and 3pm.

“Most of us can enjoy the hot weather when it arrives, but it is important to keep yourself hydrated and to find shade where possible when UV rays are strongest," she said.

“If you have vulnerable family, friends and neighbours, make sure they are aware of how they can keep themselves protected from the warm weather.’’

Jim Dale, senior meteorologist at British Weather Services, says the heatwave may fizzle out within the next week-and-a-half.

He told Express.co.uk: “In possibly eight or nine days' time when there is a breakdown of the heat, thunderstorms will bring some temporary relief for sure.

"The jury is out on what comes next, but it’s not the end of summer.”

Heat will likely return in the first week of August.

The Met Office says in it's longer-range forecast: "After a spell of more changeable conditions for many areas, high pressure will likely bring more settled weather again to the south and southwest.

“This may extend more widely across the UK, bringing generally fine weather for most, however the northwest will continue to see the majority of any cloud and rain.

“Temperatures will likely be above average for most, especially in the south, with the potential for it to be hot across England and Wales." 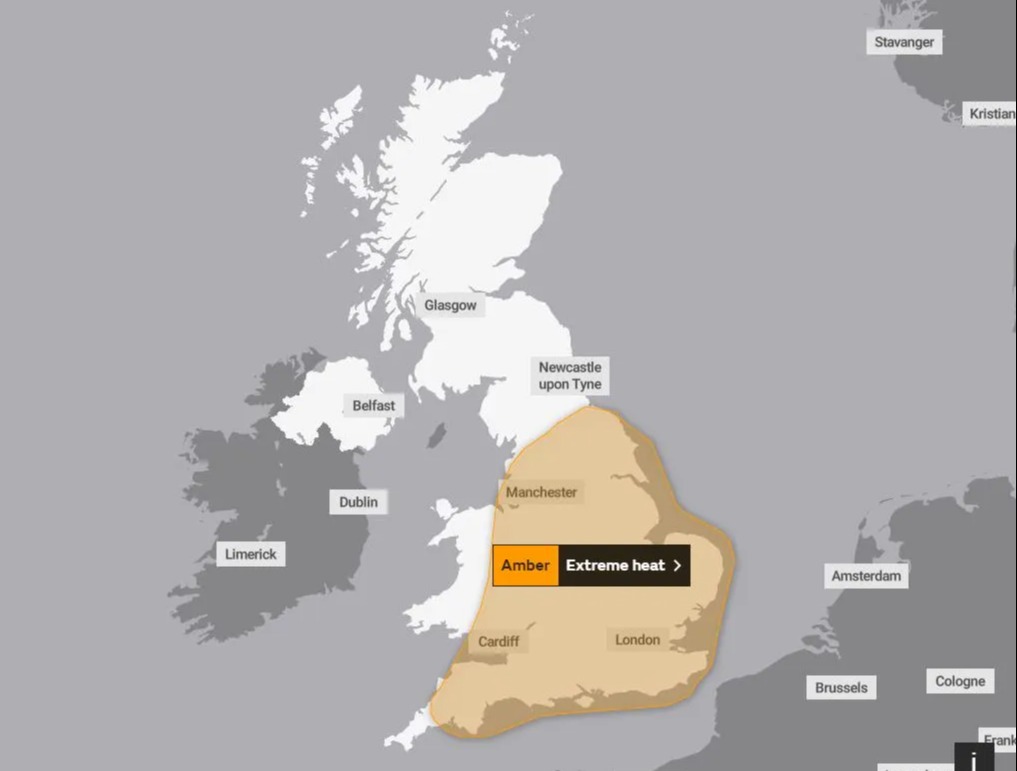 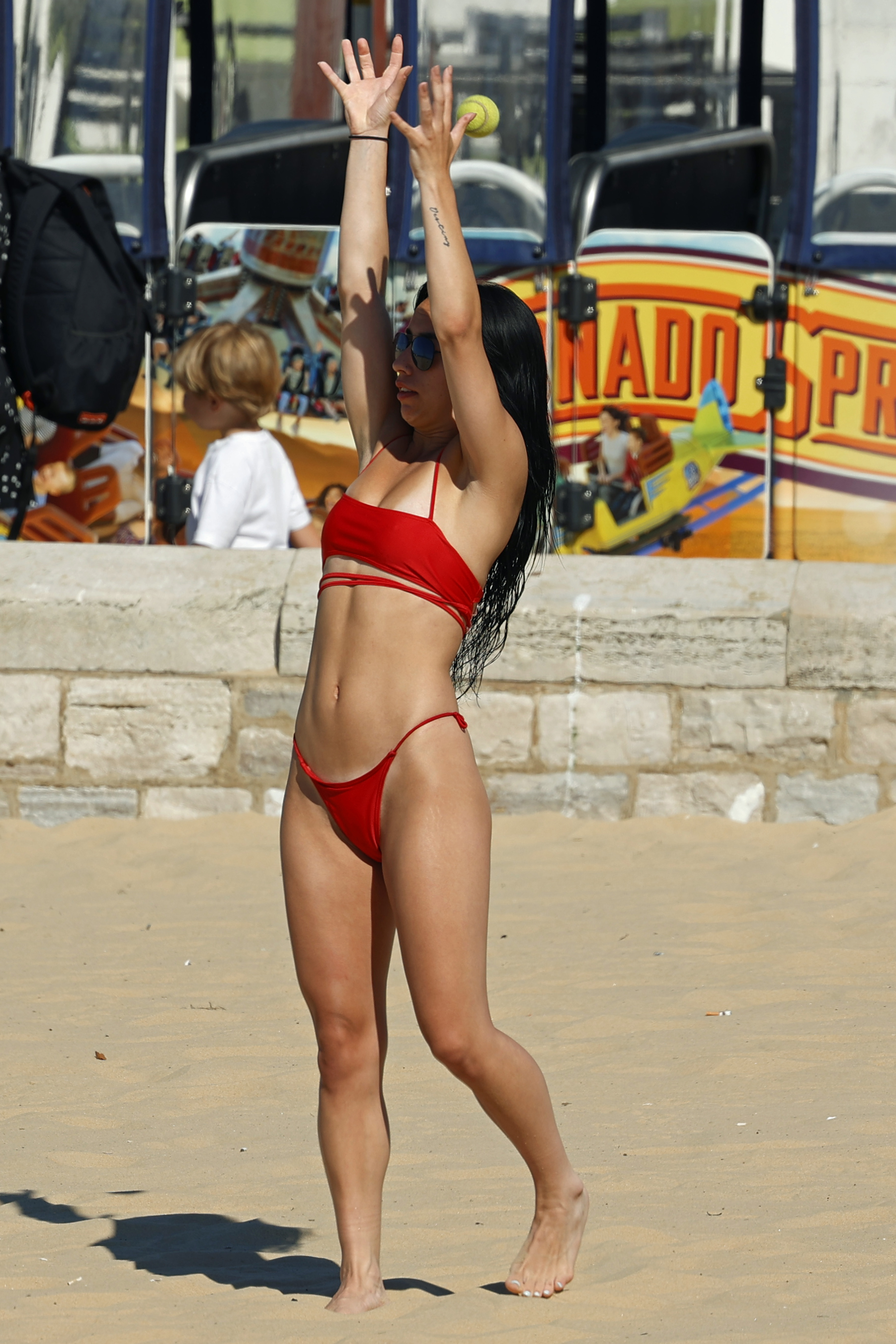 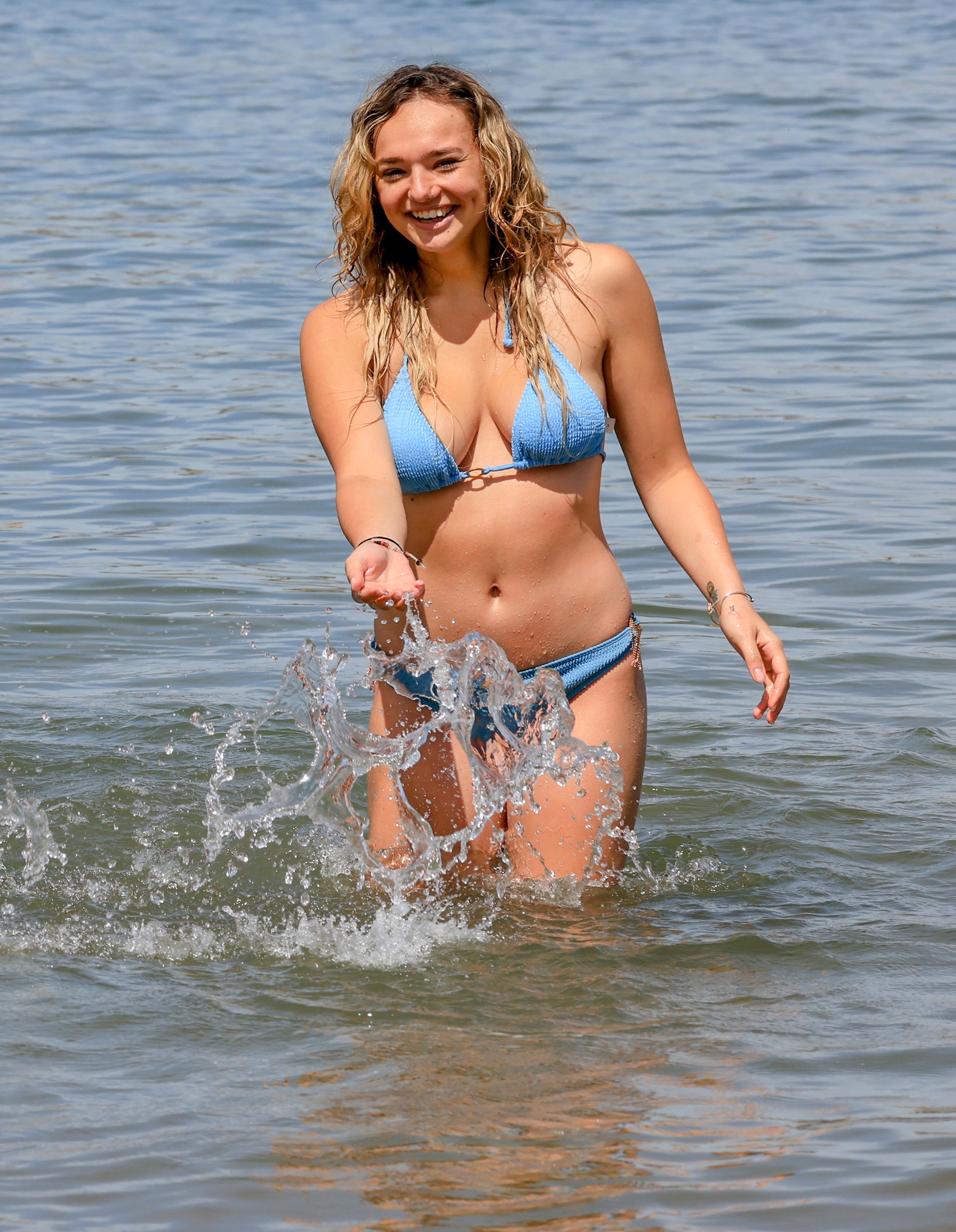