Tom Hanks and Robert Zemeckis must have wished upon a star, because their dream of a live action Pinocchio remake came true.

The duo behind Cast Away and The Polar Express have re-teamed for Walt Disney’s upcoming retelling of the 1940 animated classic that’s freaked out multiple generations of kids. The first trailer for Zemeckis’s film — which premieres Sept. 8 on Disney+ — just dropped and revealed Hanks as Pinocchio’s kindly maker, Geppetto, as well as new versions of the Blue Fairy (played by Cynthia Erivo) and Jiminy Cricket (Joseph Gordon-Levitt). (Watch the trailer above.)

Pinocchio is the latest vintage Disney cartoon to be translated into the live action realm, following hits like Jon Favreau’s The Jungle Book and Guy Ritchie’s Aladdin as well as misses like Tim Burton’s Dumbo and Niki Caro’s Mulan. Based on the trailer, Zemeckis is hewing faithfully to the story and spirit of the original film, while also smartly diversifying the cast to reflect the present day. Hanks certainly resembles his cartoon counterpart, down to the big gray mustache and spring in his step. 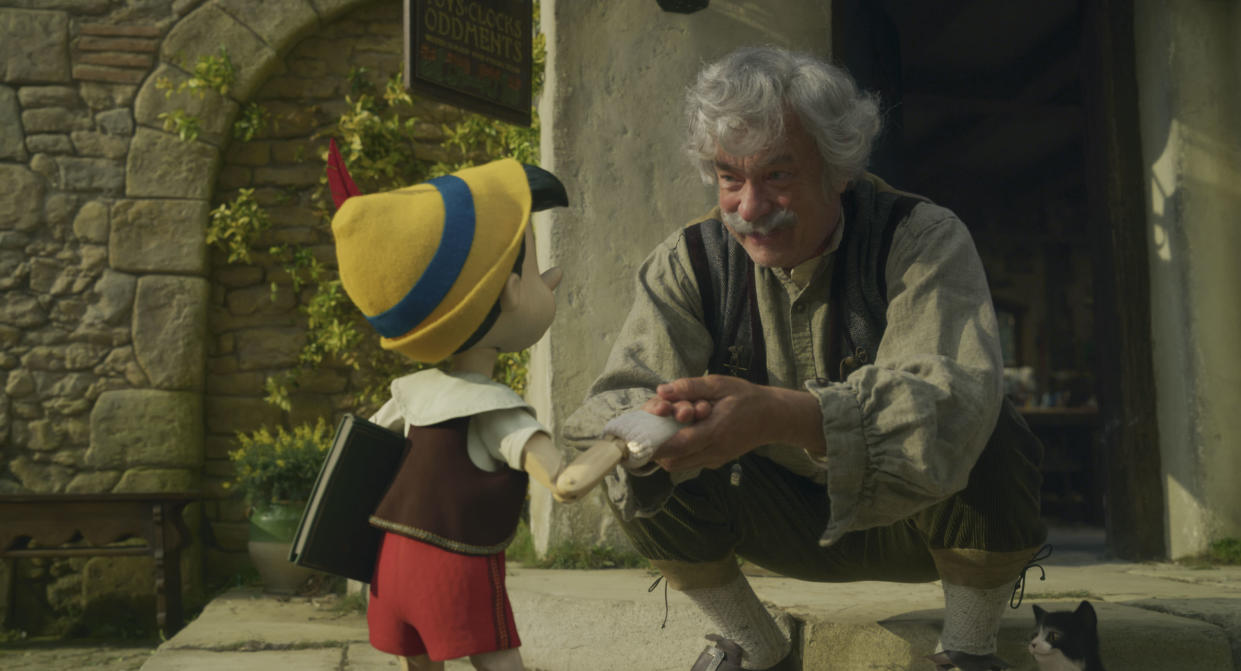 This new version of Pinocchio has been in the works at the Mouse House for some time. Originally announced in 2015, the film was previously offered to Sam Mendes, as well as Paddington helmer, Paul King. Zemeckis inherited the project in 2019 and quickly reached out to Hanks about playing the wooden puppet’s “papa.” It’s the actor’s second time re-living Disney history: he previously played Walt himself in 2013’s Saving Mr. Banks, a behind-the-scenes dramatization of the making of Mary Poppins. 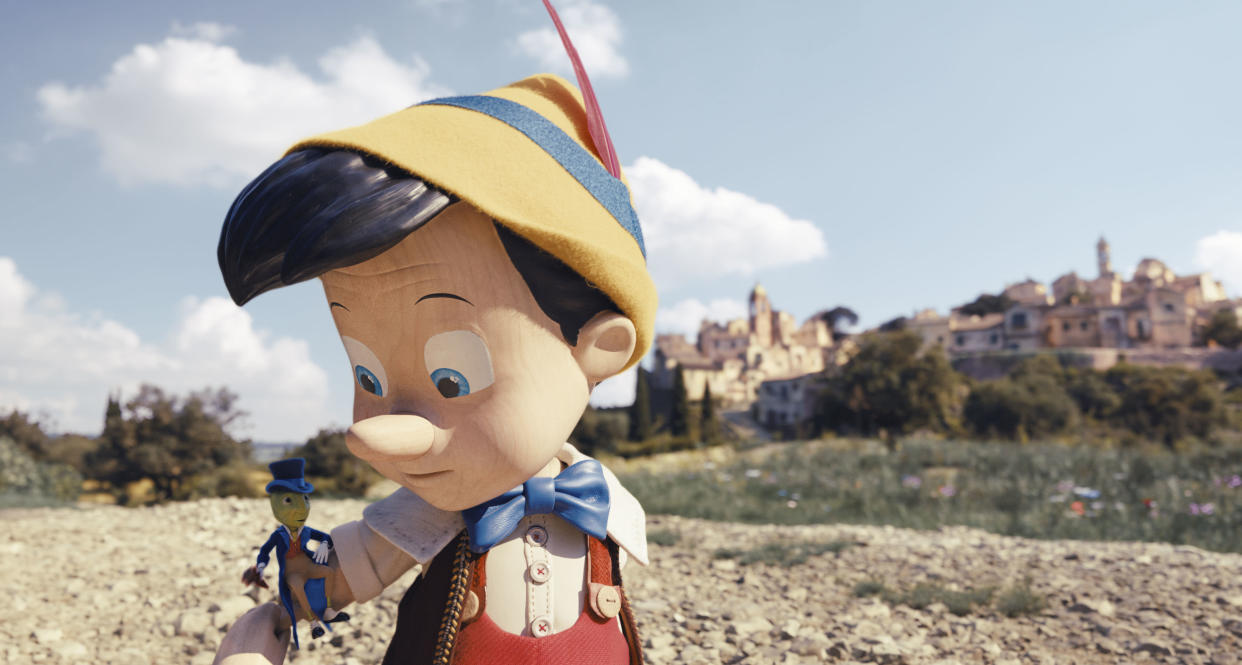 Disney’s Pinocchio is arriving on Disney+ just ahead of a very different take on the children’s character originally created by 19th century Italian author, Carlo Collodi. Guillermo Del Toro is overseeing an all-new stop-motion version set to premiere on Netflix later this fall. (Another animated version featuring Pauly Shore as Pinocchio — yes, you read that right — was released by Lionsgate earlier this year to critical derision.)

“I have been very vocal about my admiration and my great, great love for Disney all my life, but that is an impulse that actually makes me move away from that version,” the Oscar-winning Shape of Water director told Vanity Fair earlier this year about the dueling puppets. “We couldn’t be more different than any other version of Pinocchio in our spiritual or philosophical goals, or even the setting.”

On Twitter, fans are naturally pitting 2022’s multiple Pinocchios against each other, with some noting the creepy uncanny valley effect of Zemeckis’s would-be real boy.

Somehow, this Pinocchio trailer looks more like Tom Hanks and friends were dropped into a weird CGI world than a “live-action” remake.https://t.co/IPgbwqvpbR

Pinocchio looks horrible (the puppet) but that might be a good thing. The cartoon was fucked up. Make it weird! Let’s traumatise some kids! https://t.co/587cPr1bni

i told my friend “you should watch the trailer for the disney pinocchio reboot, it looks so bad” and they said “oh the weird one with the gay pinocchio? isn’t that one already out?” HELP??? THEY RLLY THOUGHT I WAS TALKING ABOUT PAULY SHORE PINOCCHIO???