A NEW YORK woman was ousted from a popular food market after she called a bagel shop worker a "b—h a– n—-r" after the employee asked them to put on a mask.

Shocking footage shows the woman scream the epithet being asked repeatedly to put on a facemask while at the famed Davidovich Bakery stand in the Essex Market food hall on Sunday morning. 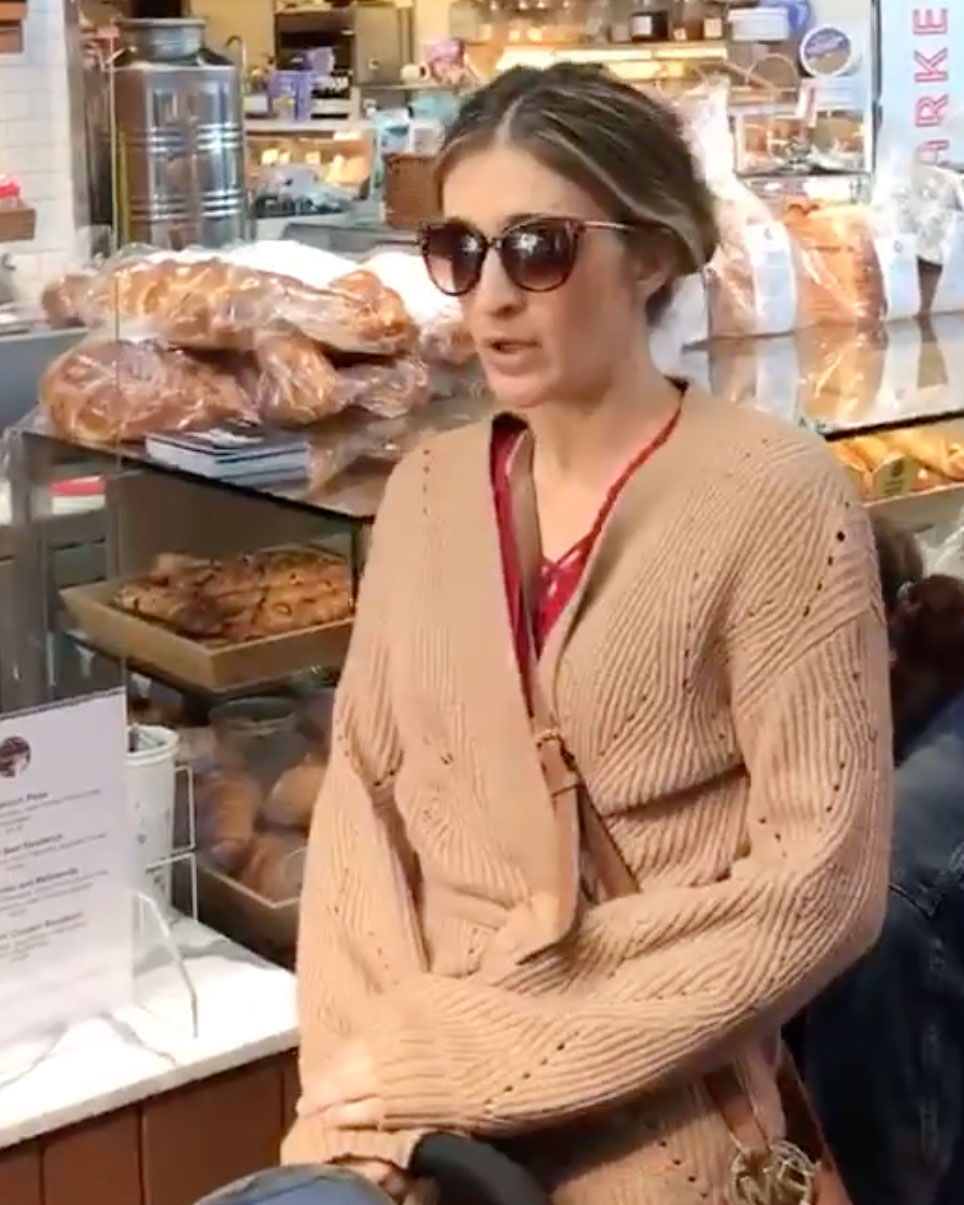 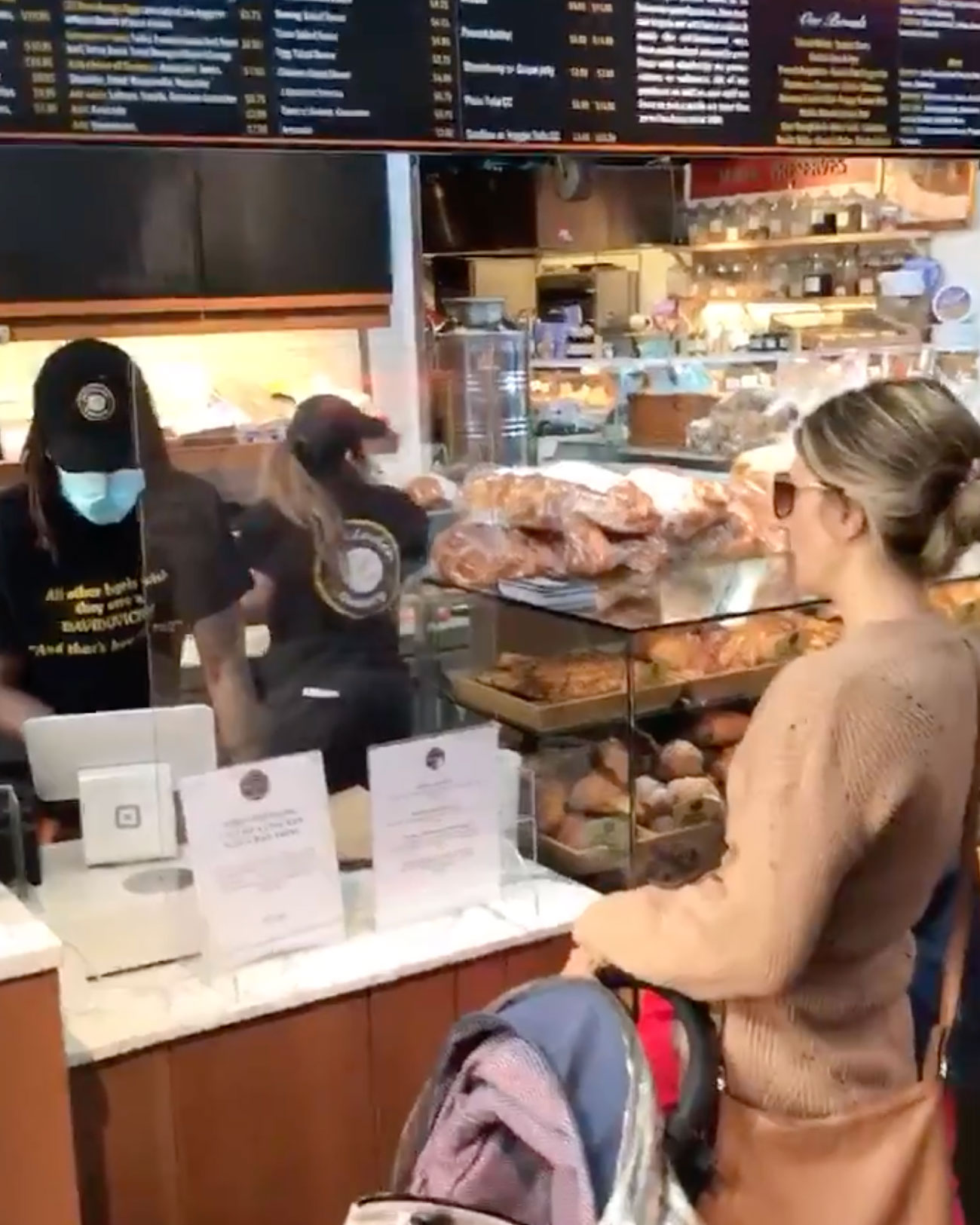 The woman, accompanied by four children including one in a stroller, is seen on the witness video telling the security guard off.

A security guard is heard on video telling the woman she would not be served by a bakery worker unless she donned a facemask.

Immediately the people surrounding the woman elicit a negative reaction to her racist remark, to which she doubles down by saying "oooh, that's what he is." 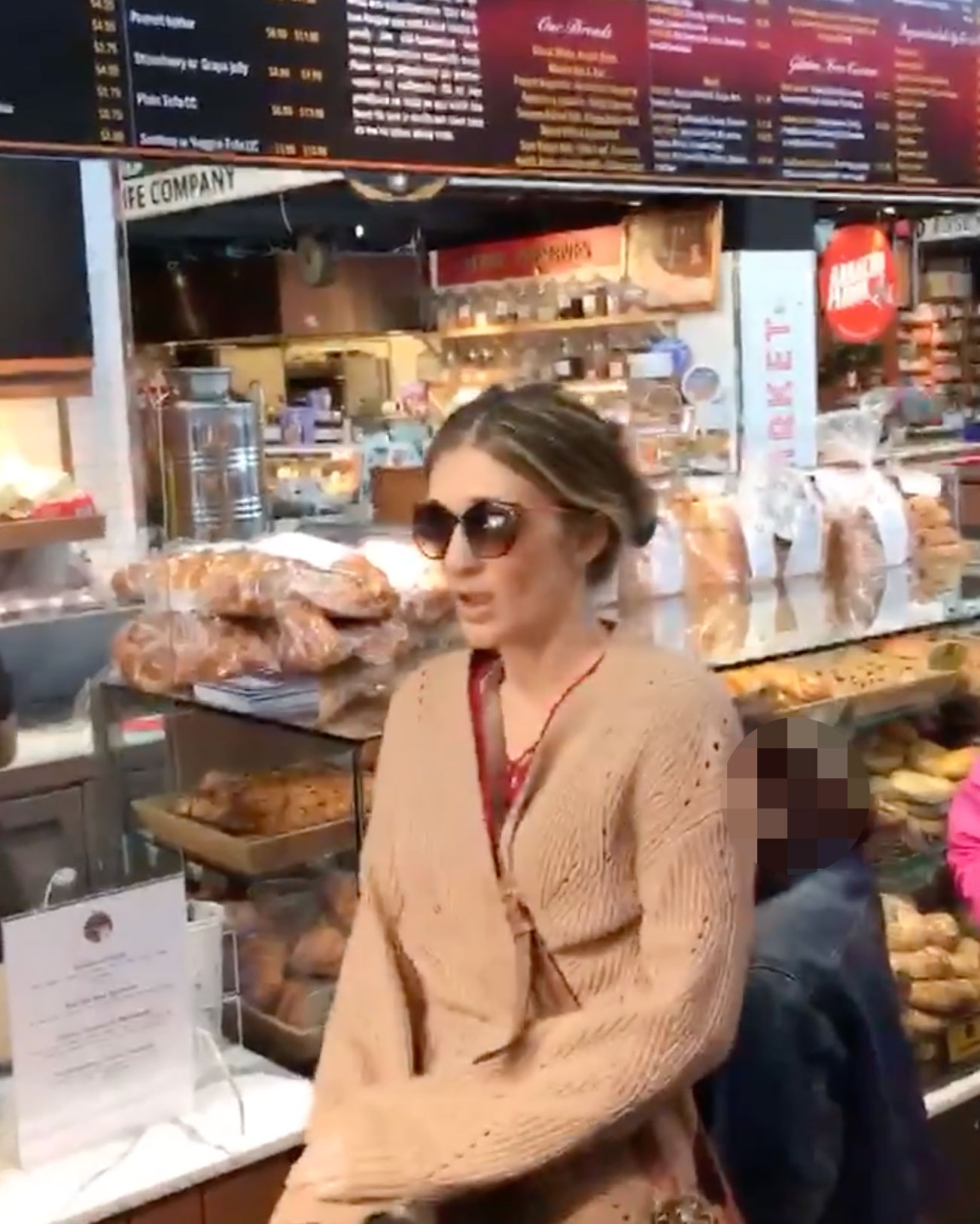 When the security guard tells the woman she needs to leave, the woman continues her rant, saying "that’s what he is. I just said it. You heard it."

"It doesn’t affect me that you’re not going to serve me cause you’re a b–h," the woman continued in her tirade.

As the surrounding customers demand she stop saying the racial slur, the anti-masker says "I can call him whatever I want."

The customers continuing getting angry with the woman, with one person saying "You’re white trash. You’re disgusting."

Instead of following the crowd's call to exit the market, the woman responds "Oh, I’m white trash because I have Black kids?" 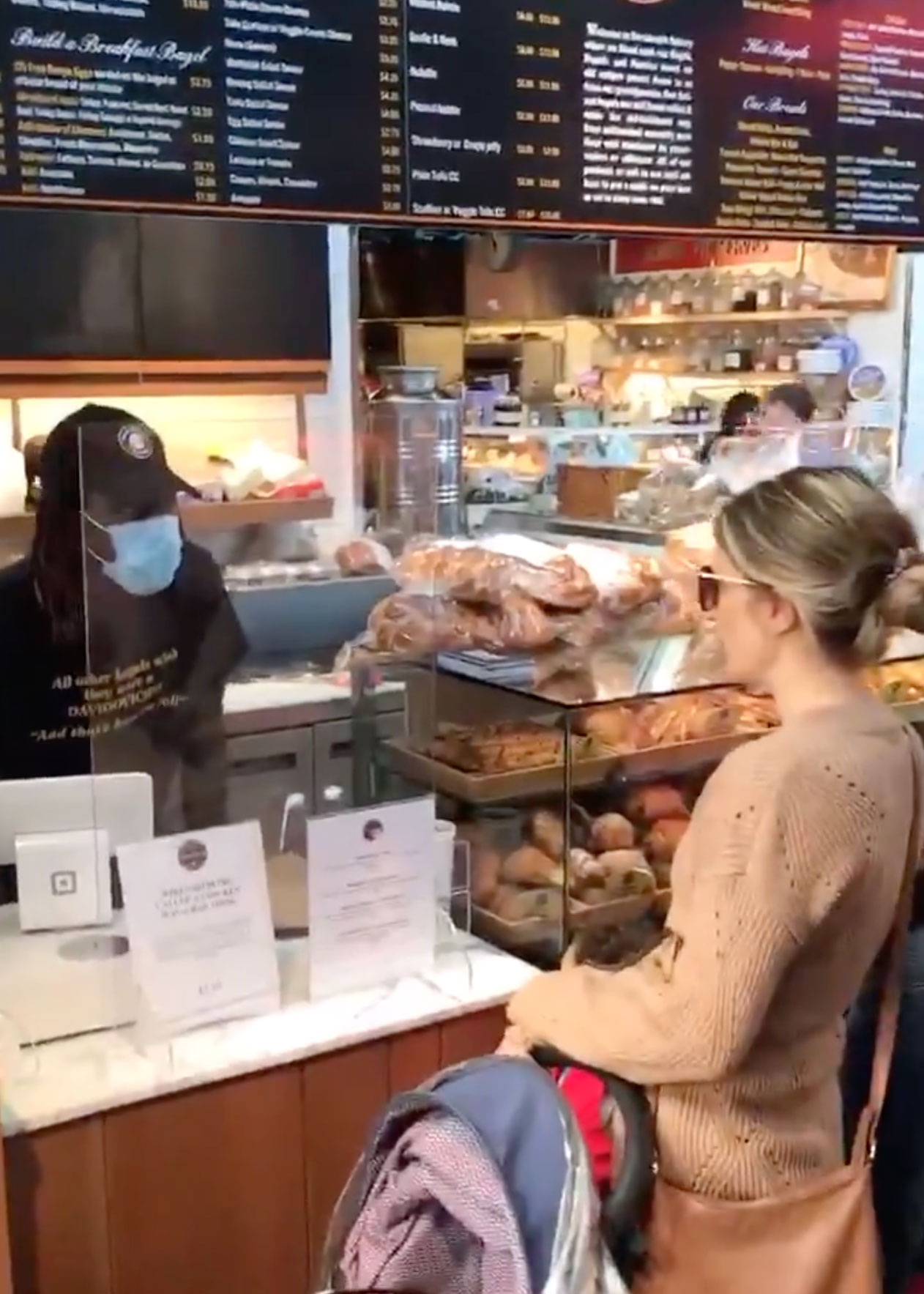 "Who the f–k does that?" asks another customer off-camera, prompting the woman to reply: "People whose rights are being violated. You think you’re tough with your mask on your face?"

Finally the woman leaves the establishment, but only after the security guard tells her multiple times "you need to leave" and "let's go."

Jack Weil, a 24-year-old tax accountant who shot the video, told the New York Post that the woman claimed to have a "medical exemption" for not wearing a mask.

"It was pretty wild," Weil said, who lives near the market. "It's not so shockingn to see someone break the mask mandate but it’s shocking to escalate things in front of your children."

"The employee really took everything in stride," he said of the guard, adding it was "the most outright racist thing I’ve ever seen."

The bakery's vice president Marc Fintz-Davidovich also commended the "brave" worker's demeanor and said the woman was banned from their shops, adding for her "to attack him in that way is really unbelievable."

"We can’t control what comes out of people’s mouth but there’s zero tolerance for racism," he added.