THIS is the shocking moment a mother’s ceiling collapses and water gushes into the room where her child plays, despite her complaining "for years."

The horrifying video shows water slowly dripping from a giant bubble before it burst and gallons of water came pouring down into the council flat. 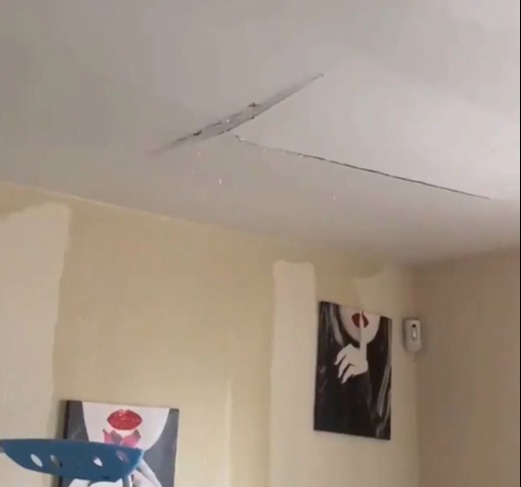 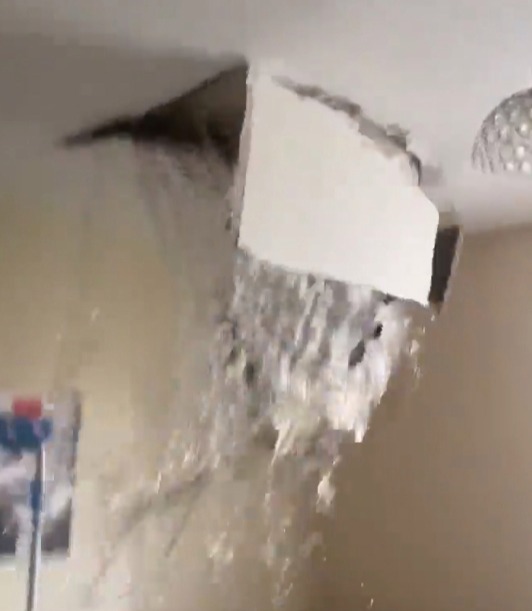 In the video the distressed mum is heard saying: "The ceiling is about to collapse… this is crazy, this is absolutely crazy. No, no, no, no.”

Then a huge section of the ceiling collapsed, and she is left screaming: “I f*cking told them” – referring to Southwark Council.

Actress and director Kelechi Okafor tweeted the video saying: "This is the flat my nephew lives in with his mum.

“The ceiling just fell through. My nephew usually sits right in that spot to watch cartoons.

“His mum has told Southwark Council for YEARS that this flat is unsafe and they kept ignoring her.

“The distress in her voice is heartbreaking!”

She added: “Southwark Council lied that they had fixed the issue.

“So this is how my seven year old nephew could’ve potentially been harmed??!

Okafor explained that her nephew’s mother runs food business and now won’t be able to earn an income. 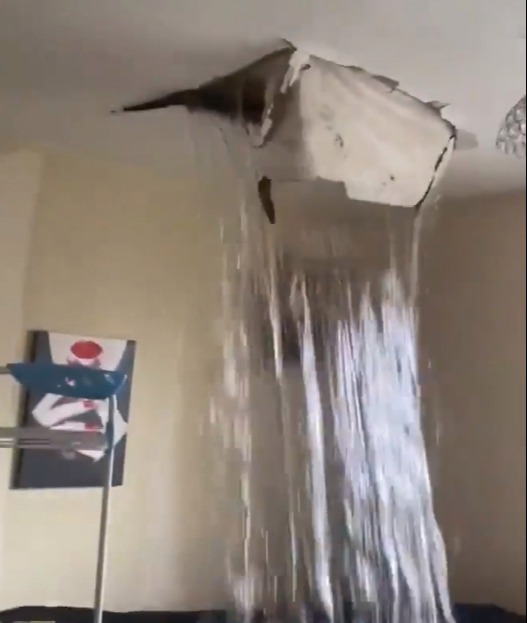 This was the second time the home has flooded.

Cllr Stephanie Cryan, Cabinet Member for Council Homes and Homelessness at Southwark Council, told The Sun: “I am really sorry for the distress and inconvenience this has caused Ms Walters and her family while we work to find a solution she is comfortable with as quickly as possible.

“We have been in contact with Ms Walters today to discuss the options available to her, including temporary accommodation and permanent re-housing.

“We will also be looking at what compensation she may be entitled to.

“Leaks from above are one of the most common issues homeowners and tenants face.

“At Southwark, we have a dedicated leaks from above team who offer specialist support to our residents as the leak is resolved and their home is repaired, from start to finish.

“As many of the buildings on our estates are very old, such as in Ms Walter’s case, they are more vulnerable to issues, such as leaks, than modern blocks.

“We have responded to multiple issues reported by Ms Walters.

“In 2017, we repaired the bedroom ceiling and in 2018, we renewed the shower tray in the flat above and re-laid waterproof flooring following leaks from the shower area.

“No other issues were reported until recently, including the shower overflow on Sunday which resulted in significant damage to Ms Walters’ ceiling.

“The property has been made safe and lighting re-instated tomorrow.”