THIS is the moment a woman SPAT on a Harrods security guard after she was thrown out of the designer store – after apparently refusing to wear a face mask.

Shocking footage shows customer locked in a tussle with bouncers as she screams "I haven't done anything wrong" as they tried to move her away from the entrance. 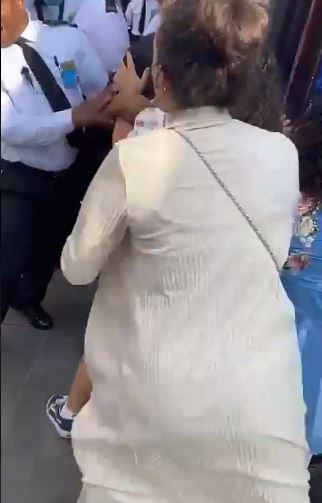 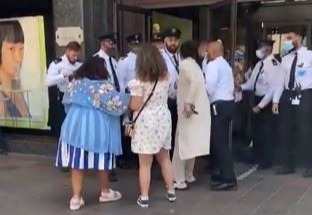 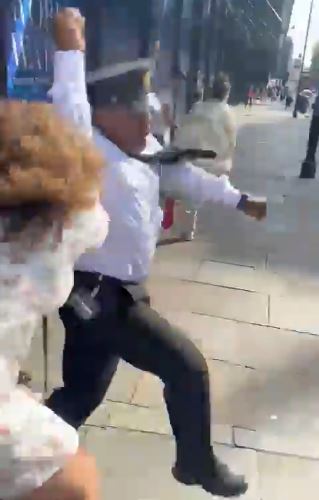 Two other women appear to be seen pushing and shoving security officers as the customer screams "what the f*** are you doing", as onlookers watched on outside the luxury Knightsbridge store in central London.

She then appears to spit at security guards before sprinting down the street, with the bouncers fending off the other two women as they tried to hold them back from giving chase.

Several of the officers can be seen running after the woman across the road, before grabbing hold of her.

She appears to then fall to the floor screaming "what the f***, what the f***" repeatedly.

People can be heard shouting in the background, with one man calling out "get off her" before she is helped to her feet by security guards.

She was then arrested by cops at the scene on Thursday afternoon and taken into custody. 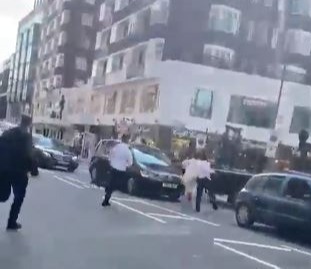 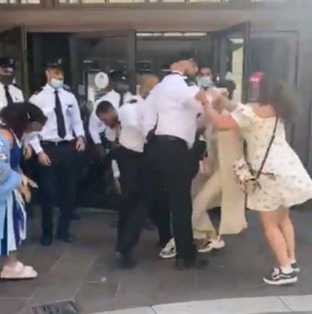 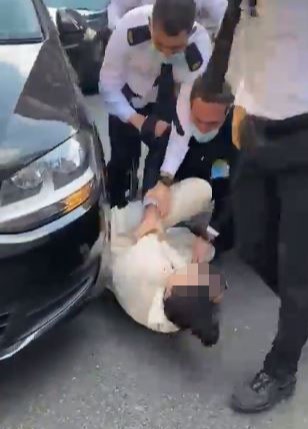 It is claimed the woman, dressed in a long beige cardigan, was thrown out of the Brompton Road department store after refusing to put on a face mask.

As the drama unfolded, a woman can be heard in the clip shouting "record it, record it. She wasn't wearing a face mask."

A Harrods spokesman told The Sun the women had been removed from the store after reports of them "behaving aggressively".

"Harrods security was called following complaints of a group behaving aggressively within the store," the spokesman said.

"Our security team is trained to protect those inside the store against any behaviour that may put our customers and employees at risk.

"When security attempted to remove the individuals, they resisted with force and reacted with extremely aggressive behaviour, which included spitting at a security officer.

"One of the individuals was later arrested and detained at the scene."

Metropolitan Police confirmed to The Sun that they have charged 20-year-old Yursa Elmzouri with common assault.

Elmzouri, of W11, was bailed to appear at Westminster Magistrates' Court on Friday, July 2.