Government told to simplify ‘confusing’ array of coronavirus lockdown tests, steps and phases by Tony Blair think tank which says it would help reduce ‘public anxiety’ about the pandemic

The Government has been urged to scrap its ‘confusing array’ of lockdown phases, steps and alert levels to deal with the coronavirus today.

Tony Blair’s think tank has recommended that it be replaced by a ‘simple’ alert system that would help ease the current ‘public anxiety’ about the pandemic and the Government’s handling of it.

It says the current system seems different measurements ‘overlap with one another substantially, are poorly defined and assessed in opaque ways’.

They include a five-tiered Covid-19 alert level system, three steps for easing lockdown measures, three recovery phases and five tests for adjusting the severity of restrictions.

In a report released today the Institute for Global Change says they should be rationalised to allay public fears and allow the economy to safely and strongly restart.

The report said: ‘Uncertainty is a major cause of public anxiety, while Government may not have all the answers it could make it easier for the public to understand where it does. 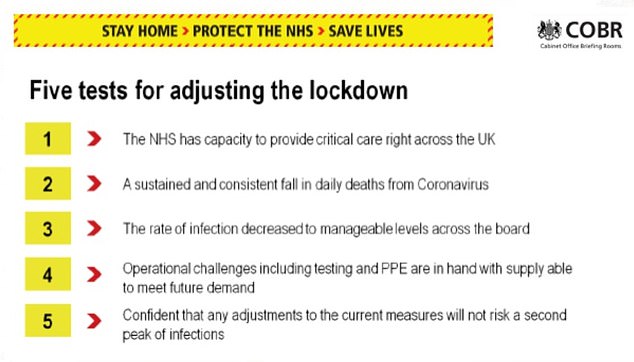 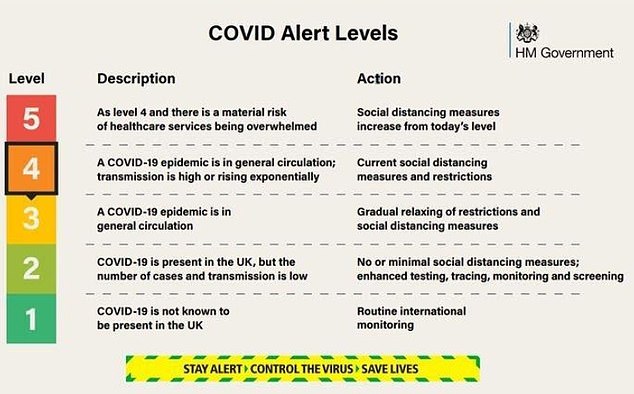 Current measures include include a five-tiered Covid-19 alert level system (above), three steps for easing lockdown measures, three recovery phases and five tests for adjusting the severity of restrictions (top) 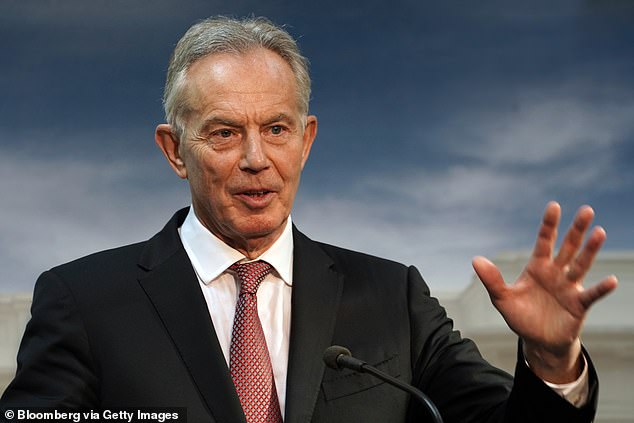 ‘With a simpler framework, businesses and individuals will at least know when and why we may see further easing or the future return of restrictions, and be able to trust that the Government’s decisions are based on a consistent and objective assessment of risks.’

It also said the Government should provide a detailed risk assessment for different jobs and activities to help people manage risk.

And the report suggested the strategy for containment should be clarified and based on ‘meaningful outcome targets’ – such as the proportion of new cases contacted by tracing operations.

An executive summary to the report said the Government had ‘courted controversy by pressing ahead with easing lockdown measures at a time when the number of daily new cases appears to be well above that for comparable countries when they took similar steps’.

And it warned that ‘any attempt to restart the economy will falter if people lack confidence that there is a clear strategy to keep them safe’.

‘To date the Government’s approach has been lacking, and as a result public confidence in its handling of the crisis was ebbing away at a rate not seen anywhere else in Europe even before the Cummings controversy broke,’ said the summary.

‘In recent days it is likely to have fallen further. This is far more than just a political problem. On the one hand polling suggests that many people may now be less likely to follow the Government’s guidelines, which risks a second wave of infections.

‘On the other, it seems as though a growing number of people lack confidence in the Government’s plan and may consequently be even more reluctant to go back to work, spend money in shops or send their children to school.

‘The dynamic of a loss of confidence fuelling distrust was on display in the recent controversy over the timing of reopening schools.

‘The economic consequences of the confidence deficit could be severe, with jobs and businesses unnecessarily lost either to fear, or further restrictions imposed to quell a resurgence of the virus, borne of strategic mismanagement.

‘But it is not too late to turn things around with a strategy reset. This should consist of overhauling the current plans to rebuild trust in three key areas: monitoring community-level risks, assessing individual-level risks, and controlling the virus.’