SIR Keir Starmer and Boris Johnson had a heated exchange after PMQs, The Sun can reveal.

The livid Labour leader confronted the PM as the pair left the Commons chamber after their weekly bout, with eyewitnesses claiming Sir Keir “had a bit of a meltdown”. 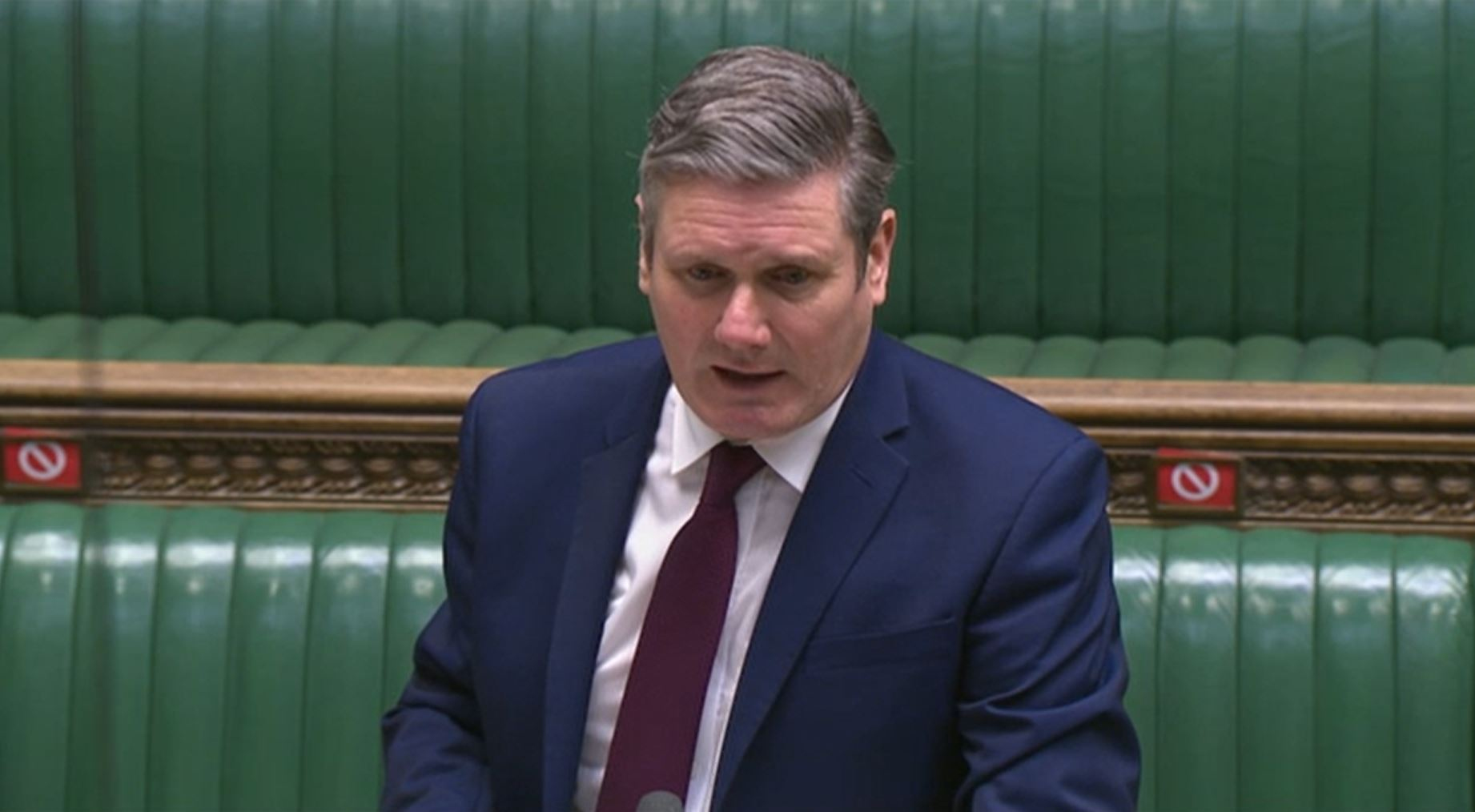 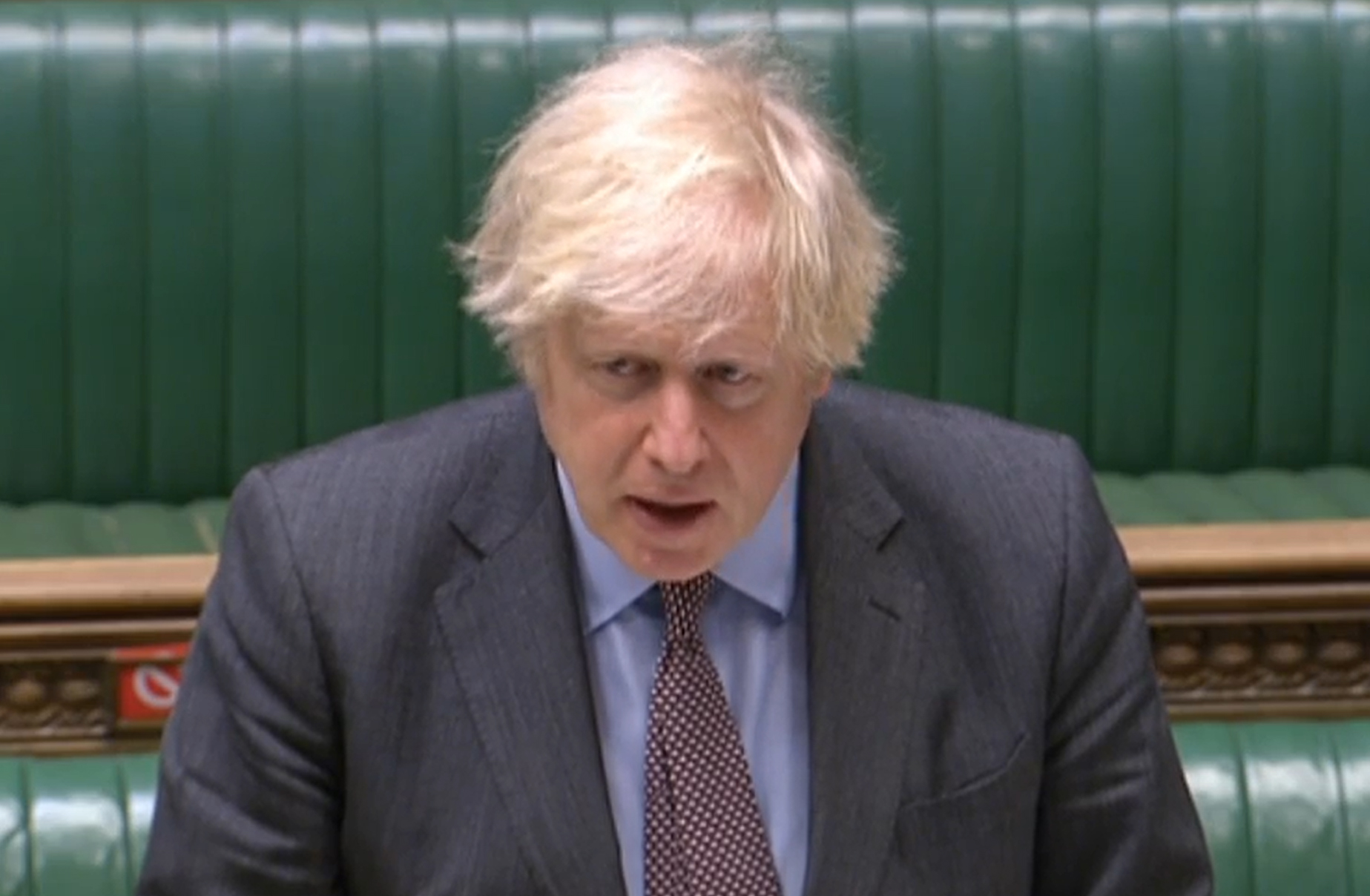 One MP who witnessed the exchange said: "He was clearly very rattled and kept saying to the PM 'it's not true, it's not true'".

It's understood Sir Keir was angry after the PM highlighted the opposition boss's previous support staying in the European Medicines Agency.

The pair had the angry exchange just by the voting lobbies at the entrance to the House of Commons earlier this afternoon.

Another MP said: "As I walked past they were in a heated discussion about what had just happened by the entrance to the Aye lobby."

Another eyewitness told The Sun: "Starmer kept claiming wanting to join the EMA was 'nothing to do with vaccine', and the PM kept saying 'check the record, you said it.'"

A third MP added: "Keir fronted up to the PM after PMQs in the entrance to the Chamber – no mask, not socially distanced either, to say that the PM was wrong about the EMA.

"The PM tried to close it down by saying it’s on the record."

They said around a dozen MPs gathered around, with one Tory wading in to prove the Labour leader had made the remarks.

An eyewitness claimed Sir Keir was so angry that he eventually had to be led away by Labour whip Christian Mathieson.

During the exchange it is claimed Sir Keir had admitted that he previously wanted to Brexit Britain to joined the EU's medical agency, but that had nothing do with the vaccine.

Moments earlier he had accused the PM of being dishonest by claiming he had wanted to joined to EMA.

Sir Keir’s spokesman said he was “not aware of the incident.”

The bust up came following a tetchy PMQs at which the pair traded barbs over the UK's jabs rollout.

Labour's leader got himself into hot water by claiming had never called for Britain to stay in the EU's medicines agency.

The PM quoted past remarks Sir Keir had made questioning why the UK was leaving the body.

He said: "If we had listened to [Sir Keir] we would still be at the starting blocks because he wanted to stay in the European Medicines Agency and said so four times from that despatch box.

But in ill-tempered scenes the Labour leader responded: "Complete nonsense. Don't let the truth get in the way of a pre-prepared gag.

"The Prime Minister knows I've never said that, from this despatch box or anywhere else, the truth escapes him."

Boris was caught pulling faces and puffed his cheeks in response to the answer.

Official parliamentary records from January 2017 show Sir Keir did say the UK should stay in the EMA.

Tory MP Mark Francois later raised a point of order in a bid to correct the record and highlight the Labour leader's previous remarks.

The row came after the pair also clashed over whether the PM had ignored advice from scientists to shut Britain's borders.

Sir Keir claimed No 10 overruled Sage by refusing to put in place a blanket hotel quarantine system for all arrivals.

But the PM shot back: "Actually, Sage did not recommend a complete ban and they say travel bans should not be relied upon to stop the importation of new variants.

"But we do have one of the toughest regimes in the world."