Some year 7, 8 and 11 students who missed out on important transition years due to last year’s lockdowns are socially delayed, anxious and tend to behave unpredictably.

Principals are reporting that, after almost two terms of remote learning last year, some students are having difficulties with readjusting to life at school. 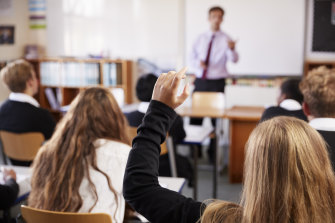 Some children are finding it hard to readjust to life in the classroom.Credit:iStock

The problems seem especially acute among children who are now in years 7, 8 and 11 who were not in the classroom for the last year of primary school, the first year of secondary and the year before VCE.

Colin Axup, president of the Victorian Association of State Secondary Principals, said principals across the state were reporting students were more unsettled and friendships were taking longer to form.

Mr Axup said this was probably because of the lack of structure during much of last year, when students worked from home and were discouraged from seeing their peers face to face.

“There is usually a degree of predictability [in students’ behaviour] but the impacts of last year have removed that predictability,” Mr Axup said. 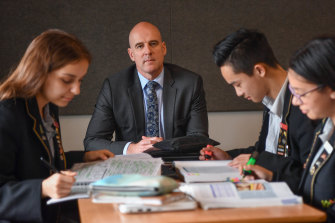 “What’s noticeable in secondary schools is year 8s seem to be the year level that’s most affected by it. That makes sense because what they’ve missed out on is that transition into the secondary school environment.”

Brendan Watson, principal of Catholic Regional College Sydenham, told the Age Schools Summit last week that lockdown had held back the development of some students.

“Certainly the year 11 students that we’ve seen this year come in – they’ve missed year 10, that work experience, that development socially,” he said.

“Having missed that development they would learn in a classroom with each other, they do not seem, as a whole, as mature as year 11s that we usually take in. Their behaviour is not where it should be in year 11.”

Education Minister James Merlino told the summit that “nothing about last year was easy” for Victoria’s schools and the state’s million or more students.

The government is spending $250 million to put tutors in all government and some non-government schools, and mental health will become a key focus in Victorian schools over the course of the next few years, Mr Merlino said.

Clinical psychologist Dr Andrew Fuller said in his experience the most vulnerable groups were year 7 students who did not get to experience the usual final year of primary school, and first-year uni students. 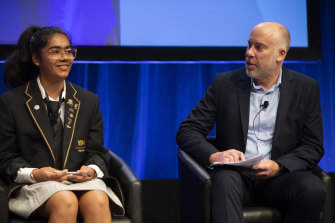 “Lockdown and remote learning brought along vastly different experiences for many of us and … a lot of these experiences were not the best of experiences.”