Home » World News » ‘Somebody who has power in China’: How Southern Meats got its export ban lifted

An internal text exchange has emerged that asserts “somebody who has power in China” secretly helped a large Australian abattoir overcome an export ban in exchange for issuing a lucrative labour hire contract to a favoured recruitment syndicate.

The 2020 text message from a senior manager at Goulburn-based Southern Meats shows the high value of the trade in Chinese people willing to work in Australian abattoirs. 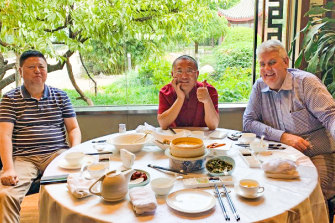 In March, The Age and The Sydney Morning Herald reported Craig Newton, general manager of the large NSW-based abattoir Southern Meats, defied federal government advice and met secretly in Beijing with a top Chinese customs official in a successful attempt to overturn a $10 million export licence ban imposed over a labelling error.

Southern Meats and the two men who helped arrange the meeting in late 2019, Eddie Zhi and David Zhu, who are involved in supplying foreign labour to Australian abattoirs, have denied any payments or inducements were offered to have the ban overturned.

But now a text message exchange has emerged between Southern Meats’ human resources manager, whom The Age and The Sydney Morning Herald have chosen not to name, and a Chinese labour hire recruiter which casts doubt on that claim.

“Hi mate, talking with Craig [Newton] today, there was a deal made with somebody who has power in China so they would get the licence back,” the text said, adding that “part of the deal among other things was that we get skilled workers from a certain person.” This refers to a labour hire contractor. 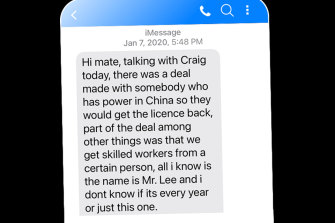 “People who have power”: The text message from a Southern Meats manager.

“All I know is the name is Mr Lee and I don’t know if it’s every year or just this one,” the HR manager wrote.

The company said earlier this year the lifting of its licence ban was not contingent on inducements paid to anybody. Asked about his manager’s text message on Thursday, Mr Newton said: “The information in the conversation you mention is incorrect.”

Only he and one other executive had the authority to act on behalf of the company. “Neither of us know of or deal with a Mr Lee. Everyone else at Southern Meats was and still is given information on a need-to-know basis only.” 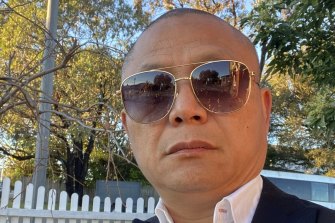 Mr Zhu previously told The Age and The Sydney Morning Herald that no inducements had been promised as a result of the Beijing meeting. He said some “very general consulting” took place at the meeting and described Dr Wang as a “friend of a friend”.

The details emerged as the assistant commissioner of Australian Border Force, James Watson, warned Australian meat processors that they could not “outsource” their responsibilities for the welfare of their foreign workers to recruitment agencies and labour hire operators who source them.

“Why would we want a lesser standard [of pay and conditions] for our overseas workers who are coming here to try and help fill the shortages, the gaps in our workforce? It’s just not fair,” Mr Watson said.

The Age and The Sydney Morning Herald have this week revealed widespread mistreatment of foreign workers in the meat industry, and how the Department of Home Affairs, which includes Border Force, is conducting a nationwide investigation into alleged visa fraud and the treatment of workers.

Mr Watson, the assistant Border Force commissioner responsible for southern Australian and enforcement, has this year sent teams of investigators to various abattoirs to audit their performance under labour agreements.

Mr Watson told The Age and The Sydney Morning Herald he would not hesitate to issue financial penalties or recommend rogue employers for prosecution if they were found to be exploiting migrant workers.

Mr Watson said the majority of Australian companies with labour agreements allowing them to employ skilled migrants did the right thing. He also encouraged overseas workers with concerns about their treatment to engage with Border Force and said they could make anonymous reports via the agency’s website.

Meanwhile, the Meat Industry Training Advisory Council, the organisation which maintains a register of assessors who are accredited to certify the skills of overseas workers, has released a statement saying it played no role in the recruitment of overseas workers.

The council, known as MINTRAC, is entrusted with maintaining the register of approved overseas worker assessors used by meat companies and recruitment syndicates to verify workers’ qualifications.

MINTRAC chief executive Mick Crouch said his organisation had no knowledge or involvement in the assessors’ dealings with meat companies and recruitment agencies. The assessors are not employees of MINTRAC.

The Age and The Sydney Morning Herald this week revealed potential conflicts of interest between some assessors on the MINTRAC register and recruitment syndicates.

Mr Crouch said he had been meeting with senior Home Affairs officials this year to improve accreditation standards of overseas worker assessors before they were added to the MINTRAC register.