Home » World News » Son of Concorde: Why is the Mach 5 airliner always 20 years away?

And you probably have.

For well over a decade, reports have popped up roughly once a year promising sub-two hour transatlantic trips. But no commercial jet has ever flown as fast as Concorde.

Introduced in 1976, Concorde was the fastest commercial jet ever: carrying up to 128 passengers at twice the speed of sound. But almost as soon as it was introduced, engineers and passengers alike started speculating about something faster.

The “Son of Concorde” idea really got going with the 1980s HOTOL project, a British-based concept for a spaceplane that used air-breathing jet engines to propel an airliner into low-earth orbit.

When development on HOTOL folded in 1989, the core concepts lived on in Skylon, a planned suborbital airliner that could carry just 24 passengers at five times the speed of sound – a dizzying 3,800 mph. 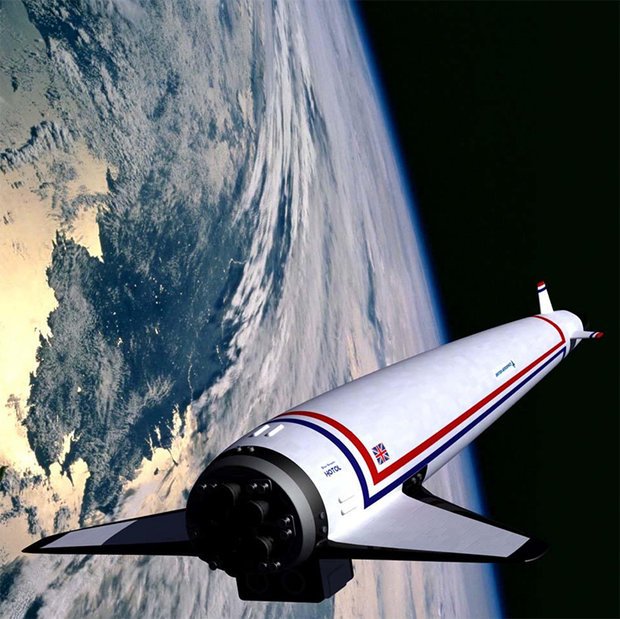 Funded by numerous grants, including one from the European Space Agency and a whopping £60 million signed off in 2013 by then Chancellor of the Exchequer George Osborne, work on the Skylon continues to this day.

In 2011, Skyline’s parent company REL were promising test flights between specially-constructed bases in Sweden and French Guiana by 2016.

Later that same year REL boss Alan Bond announced that Skylon wouldn’t be entering service in 2020 as previously planned, but could be delayed for up to two years.

At present, a ground-based test bed for Skylon’s SABRE engines is under construction. 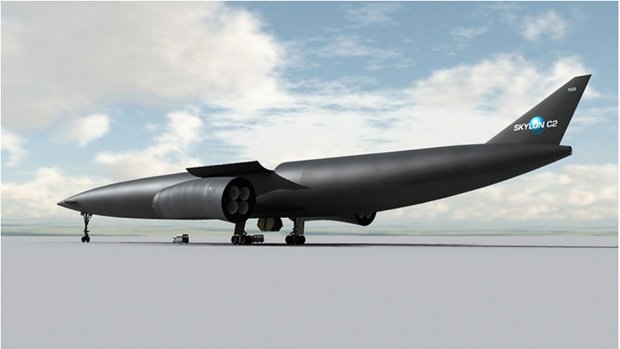 In 2008, the hot topic was the European Space Agency’s A2 LAPCAT concept – a scramjet design based on REL’s designs that promised an airliner flying at eighttimes the speed of sound – taking you from Brussels to Sydney in under five hours, as opposed to the 23 hours you can currently expect.

Unfortunately its Scimitar engines were so fuel-hungry that most of the A2’s payload would be used up by jet fuel. Like most of these blue-sky projects the idea was crippled by raw economics.

In 2009, The US-Australian joint program HIFiRE – which was always a military rather than a civilian project – led to renewed speculation about a new age of ultra-fast commercial flights.

One of the issues that has slowed development of super-fast airliners is the sonic boom – the thunderous sound created when a plane is travelling too fast for the air in front of it to get out of the way.

In 2010, Lockheed Martin were touting a new kind of engine layout that hushed the boom, and suggesting that their supersonic airliner concept would become a reality in around 2030. Nine years on, their design still hasn’t taken to the skies. 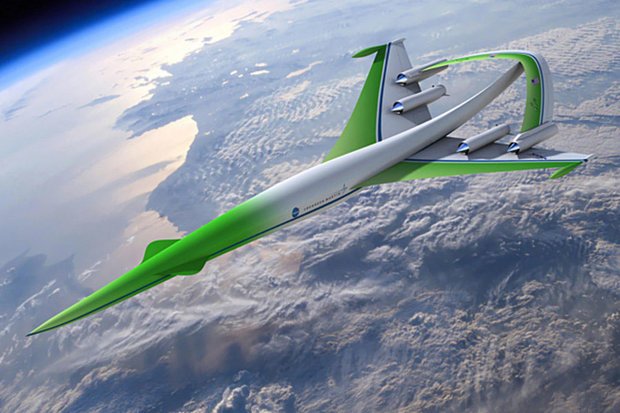 Also in 2010, we saw the first tests of DARPA’s hypersonic Falcon HTV-1. While it was an unmanned two-stage craft that was never intended as a commercial airliner the dart-shaped weapon that was designed to fly at 20 times the speed of sound was reported with headlines such as “New York to Los Angeles in 12 minutes”.

A year after its first, unsuccessful, flight a second test saw the same stories bouncing around the media again. After the 2011 test also ended with a crash into the sea designers went back to the drawing-board.

Airbus patented designs for a Concorde-like airliner in 2011, and again in 2015, but warned that an actual working aircraft was some 30 years away.

“Airbus Group and its divisions apply for hundreds of patents every year in order to protect intellectual property,” a spokesman told the Guardian at the time. “These patents are often based on R&D concepts and ideas in a very nascent stage of conceptualisation, and not every patent progresses to becoming a fully realised technology or product.” 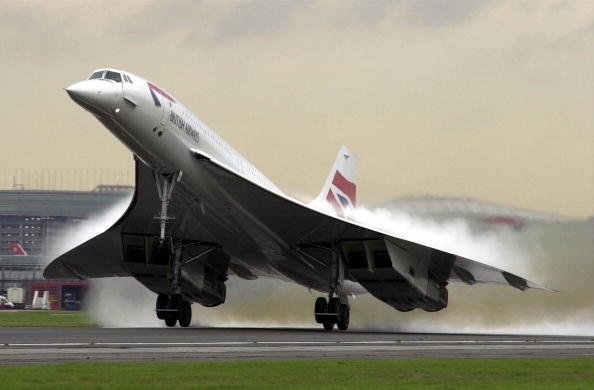 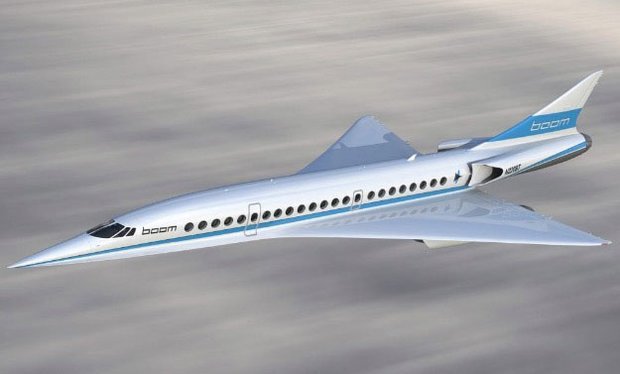 Since then, the promises of hyper-speed airliners have become a roughly annual event. In 2017 Japan Airlines sunk $10 million into Boom Technology’s 50-seat “Overture”, an airliner that looked and performed a lot like Concorde.

A year later Aerion touted a Heathrow to NYC trip in three hours and and Boeing went one better, unveiling  sleek futuristic concept that they promised would cover the all-important New York to London route in two hours, a quarter of the current flight time.

“Humankind has always wanted to go faster — always wanted to do things faster,” Kevin Bowcutt, chief scientist of hypersonics at Boeing said at the time. “People cannot make time, so there’s an inherent value in time.”

As always with these announcements, Boeing thought the plane would be entering service “about 20 or 30 years” after the first news stories. 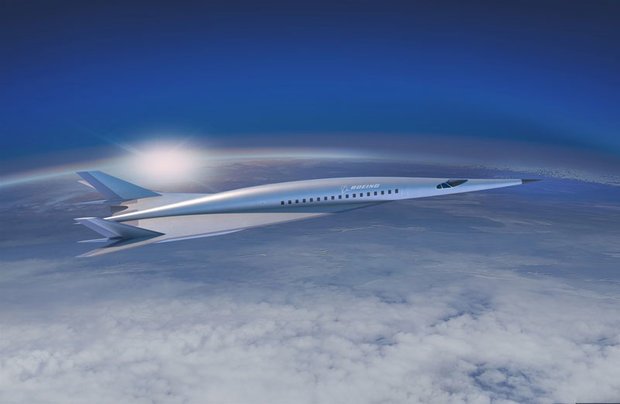 Just last month US-based company named Hermeus announced plans to develop yet another aircraft that will travel at speeds of up to Mach 5. The airliner, if it were ever built, would cut travel time from New York to Paris from more than seven hours to 1.5 hours.

Boom Supersonic has promised that its planes could be ready for commercial service by the mid-2020s, and they hinted that Virgin Group and Japan Airlines hadpre-ordered a number of aircraft.

What all these projects lack is money. All of them would carry comparatively low passenger numbers compared to most modern airliners. Every seat would have to be first-class prices, but without first-class legroom or comfort. 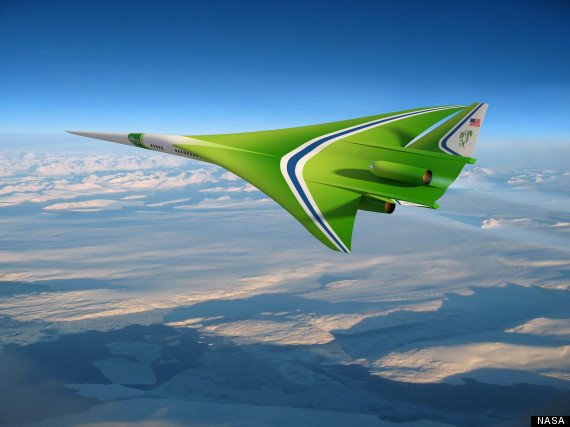 Add in the cost – and weight – of the fuel you need to power such advanced aircraft for long distances and considering also the various noise restrictions operating on any flights over populated areas and you have a complex puzzle for airline operators to solve, even after the engineers have done their part.

For the next 20 to 30 years, at least, hypersonic airliners will remain a tantalising 20 or 30 years away.