MADRID (Reuters) – Spain’s acting prime minister Pedro Sanchez signaled on Monday that his Socialist party was close to forming a government with far-left Podemos, which he said would focus on employment, women’s rights and the environment. 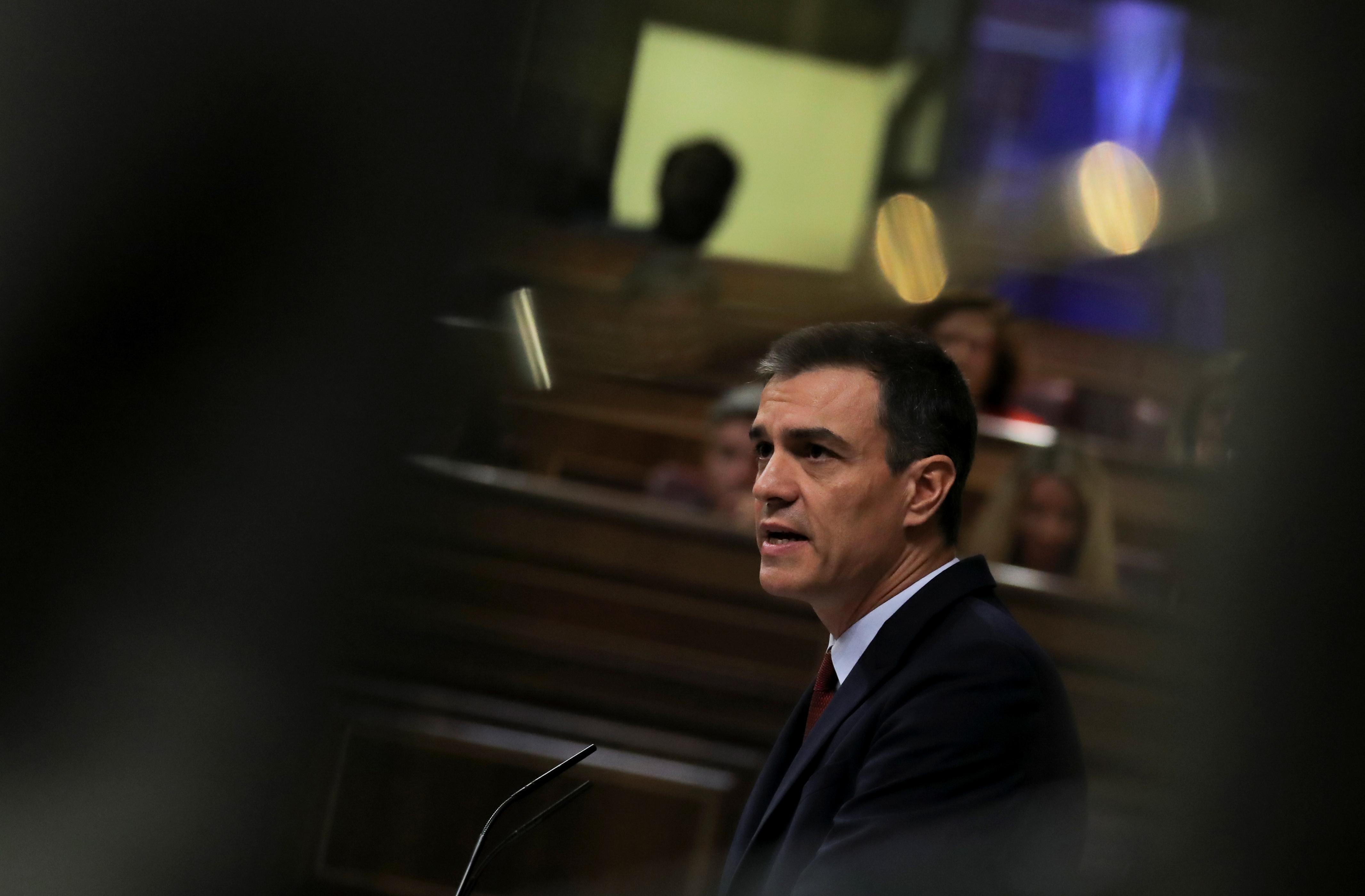 Almost three months after an inconclusive national election left the Socialists as the biggest party but short of a majority, parliament began a week of debates and voting that will determine whether Sanchez has the support he needs from lawmakers to be confirmed as Spain’s leader.

“The Spanish people have said we should move forward … and we are in condition to do so,” Sanchez told the legislature, referring to coalition talks with Podemos.

Though there was still work to do, “what unites us is the promise of the left, of environmentally sustainable progress and the fair distribution of this progress,” he said.

Spain has been in political limbo since the April 28 ballot, and until a few days ago a repeat election had seemed increasingly likely as negotiations between the Socialists and Podemos foundered.

But late concessions on both sides have left party insiders confident that a deal to form what would be the first coalition government in Spain’s recent history will be struck this week.

Left-wing lawmakers and ministers looked relaxed as they arrived in parliament, many smiling.

“There are no more excuses not to strike a deal. Voters would not understand it,” said one Podemos deputy who spoke on condition of anonymity given that coalition talks were under way.

That echoed what Socialist Party deputy secretary general Adriana Lastra told reporters at the weekend, saying she was convinced there would be an agreement.

Sanchez became prime minister of a minority government in June last year when parliament voted out a conservative administration over a corruption scandal. Since April, his margin for maneuver has shrunk further.

Last week he dropped his opposition to forming a coalition government, while Podemos leader Pablo Iglesias – who supports a referendum on Catalan independence while Sanchez does not – agreed to not to seek a role in cabinet, as the acting prime minister had demanded.

But the two parties still need to agree on a government pact and on who will be in cabinet.

Even combined, they are short of a parliamentary majority, meaning they will need the support of smaller, regional parties to govern in an increasingly fragmented political landscape. That raises questions on how much the government would be able to achieve.

Sanchez is unlikely to win a first confidence vote on Tuesday that would require an absolute majority. But a second vote on Thursday, requiring only a simple majority to pass, looks within his grasp if the Socialists and Podemos agree on a deal by then.

Sanchez told the assembly he wanted to put Spain at the forefront of the fight for women’s rights. 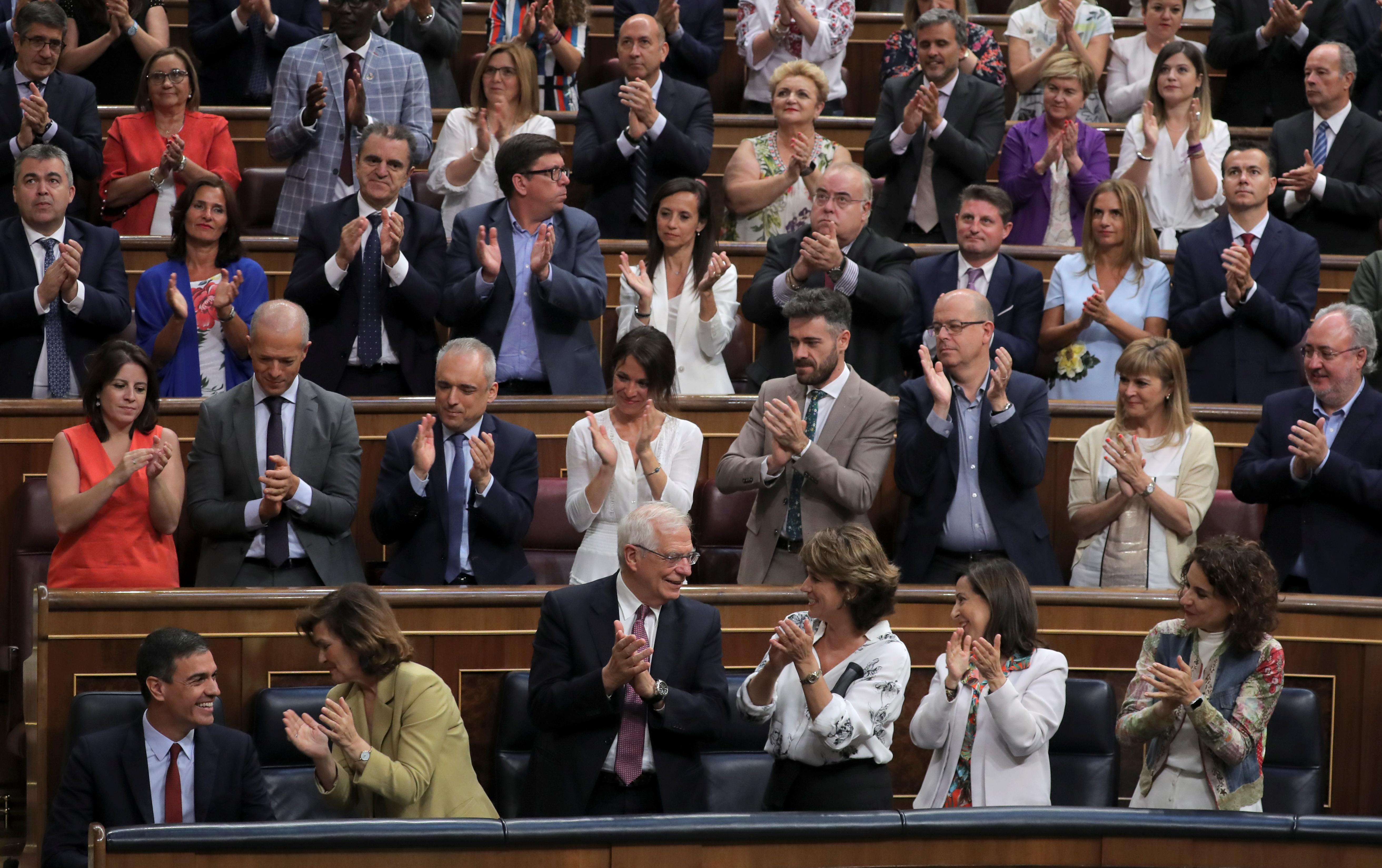 He also said jobs, the sustainability of the pension system and education – spending on which should rise to 5 percent from about 4 percent now – were priorities, and that he wanted to make sure global technology companies paid taxes in Spain.

Much of this was included in a draft 2019 budget that parliament voted down after pro-independence Catalan lawmakers withdrew their support for Sanchez, triggering the April election.

Sanchez also renewed calls to the conservative People’s Party and center-right Ciudadanos to abstain to facilitate the confirmation vote. Both parties have repeatedly refused to do so.