Don’t look down: Steeplejack working at the top of the Chrysler Building shares stomach-churning video of himself hanging 1,000ft above NYC

A steeplejack has shared stomach-churning video of himself hanging from the top of the Chrysler building, 1,000ft above New York City.

A full view of the Manhattan skyline is a highly coveted sight that draws people from all the world, and James Marksbury, 36, might have the most exclusive view in the city.

Marksbury is a steeplejack in New York. A steeplejack gets paid to climb high structures such as buildings, chimneys, towers, and church steeples to complete repairs or maintenance.

On June 24, Marksbury recorded himself performing maintenance on the spire of the Chrysler Building in midtown New York City. He was working with his Cole NYC Master Riggers co-worker Zackary Cole to complete the job. 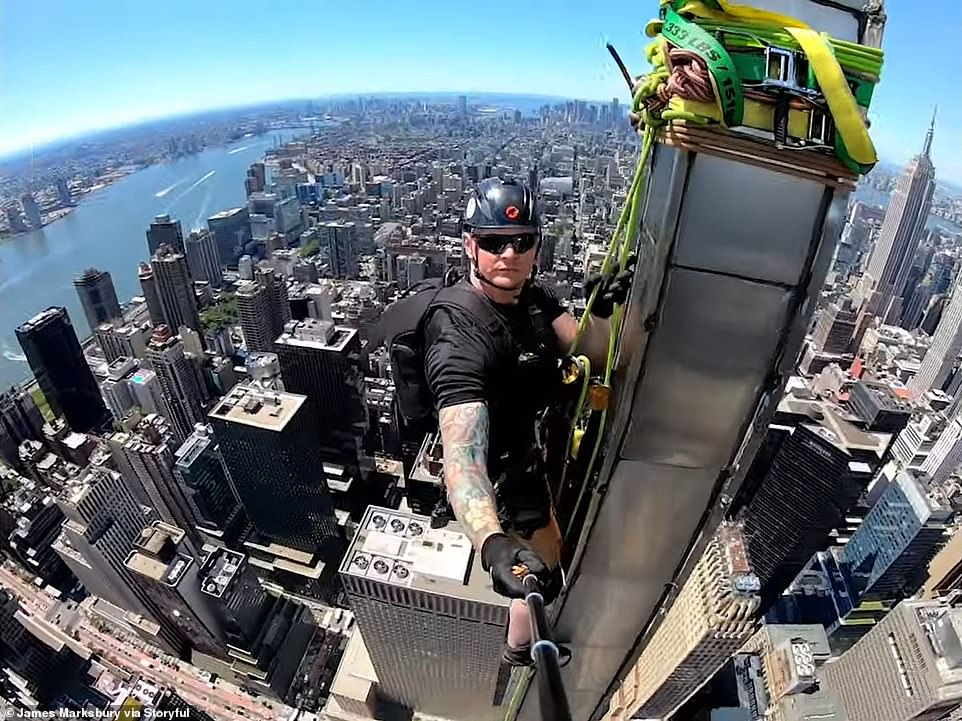 James Marksbury, 36, recorded his view after he scaled the spire of the Chrysler building 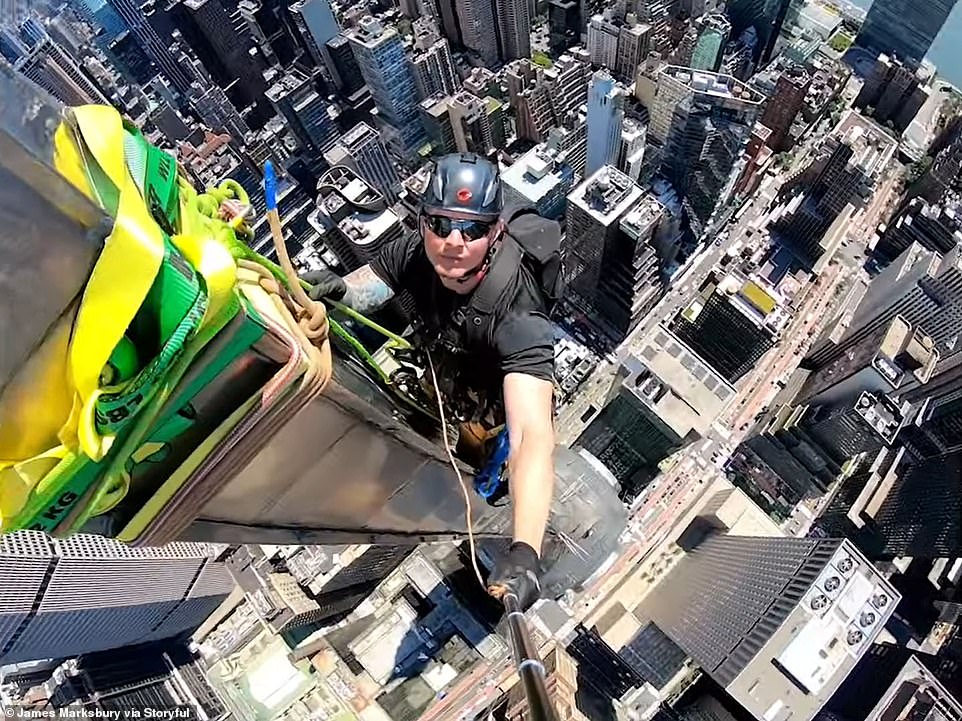 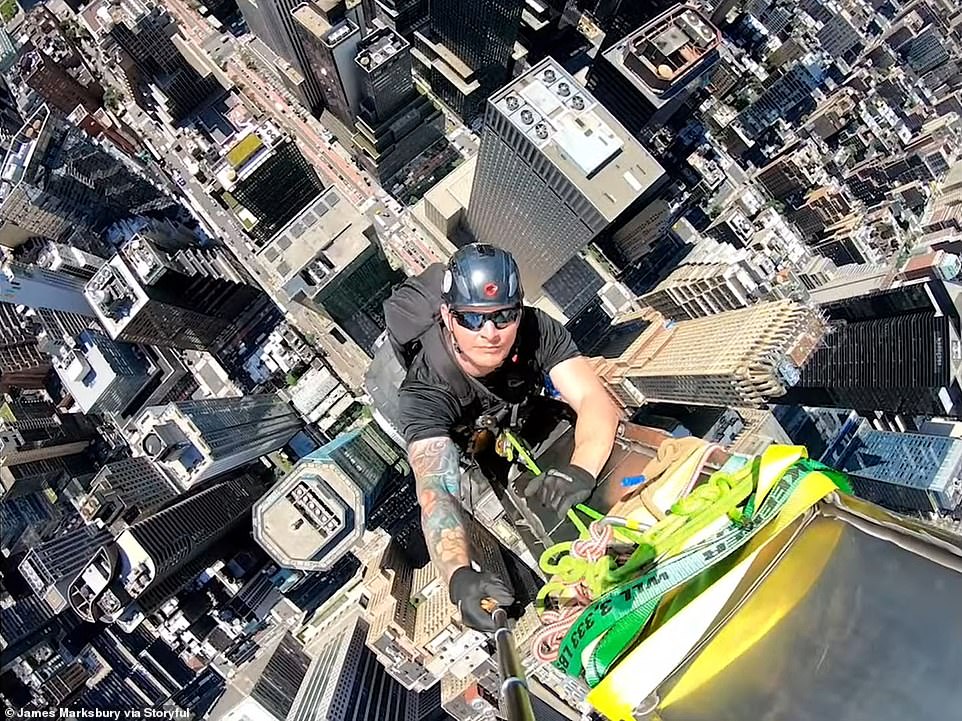 The panoramic view from about 1,000 feet in the air is dizzying as Marksbury makes sure to capture all angles of the city as he’s strapped into a harness.

The steeplejack told Storyful that he scaled the 77 story building on an assignment to inspect stainless steel panels from the top of the building down to the 72nd floor.

The  building is famous for its triangle-shaped, vaulted windows worked into the stylized crown, along with its distinctive eagle gargoyles near the top.

The skyscraper has been featured prominently in many films, including Men in Black 3, Spider-Man, Armageddon, Two Weeks Notice and Independence Day. 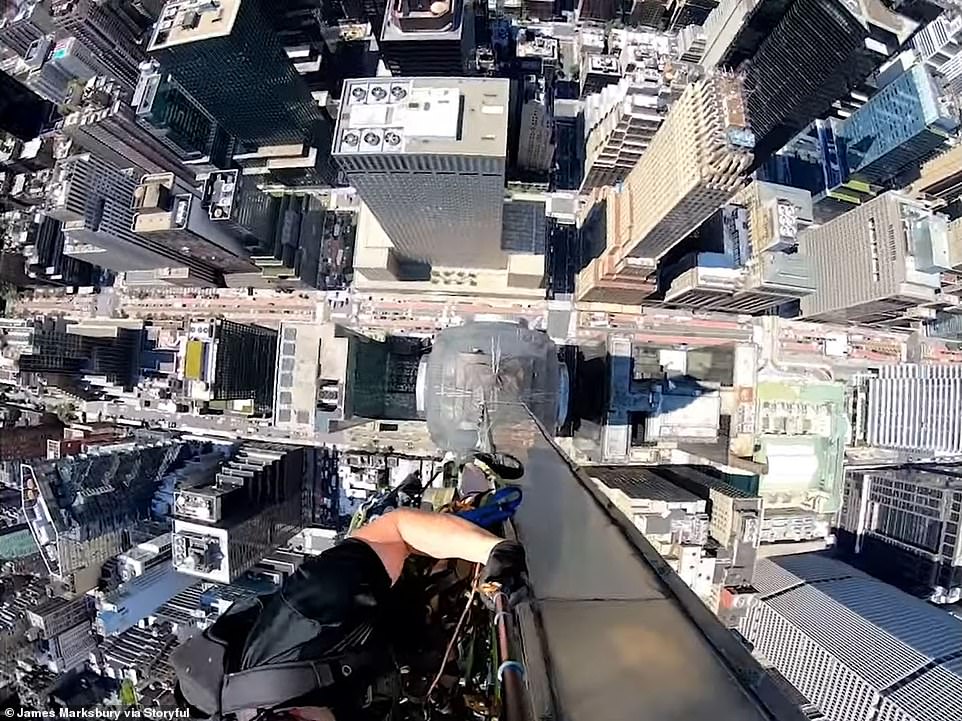 Marksbury was on a job nearly 1,000 feet in the air to repair steel paneling on the top of the Chrysler building 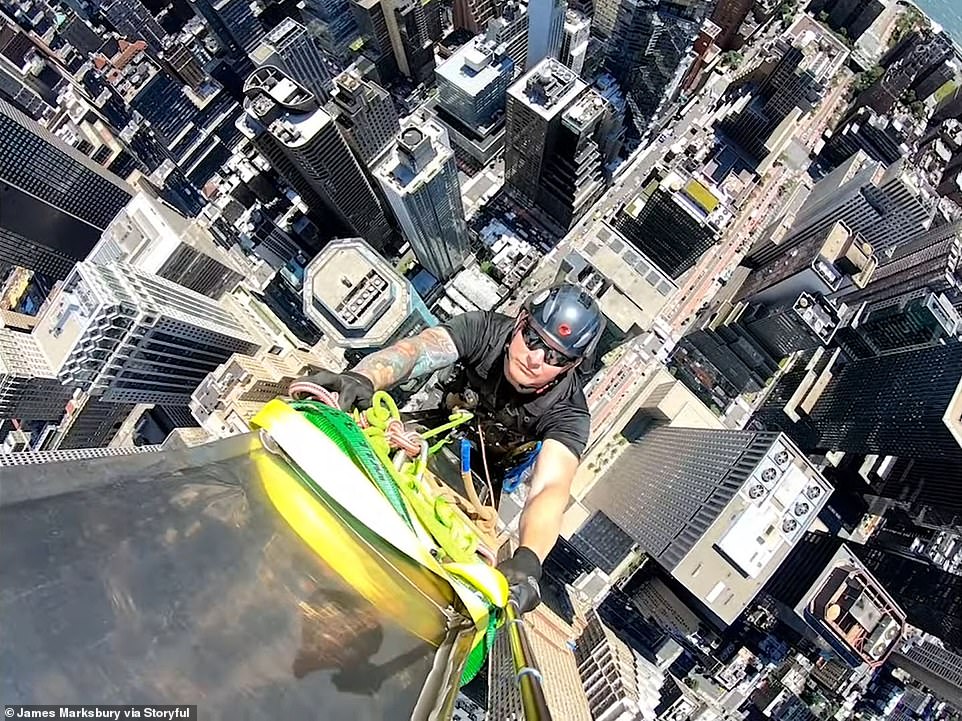 The Chrysler Building, which opened in 1930, stands 1,046 feet tall. The iconic skyscraper was constructed in less than two years at the dying end of the Roaring Twenties.

The fast-paced build of the Chrysler Building happened thanks to the 3,000 construction workers who managed to put the steel work together in just six months in the summer of 1929, moving at the rate of four floors a week.

The Chrysler company set out with the intention of making their new building the tallest in the world, Chrysler seeing the construction as a marker of his newly-established business profile having only set up his automobile company three years before.

It was the world’s tallest building, but only for 11 months, after which it was dethroned by the Empire State Building, also in Manhattan. 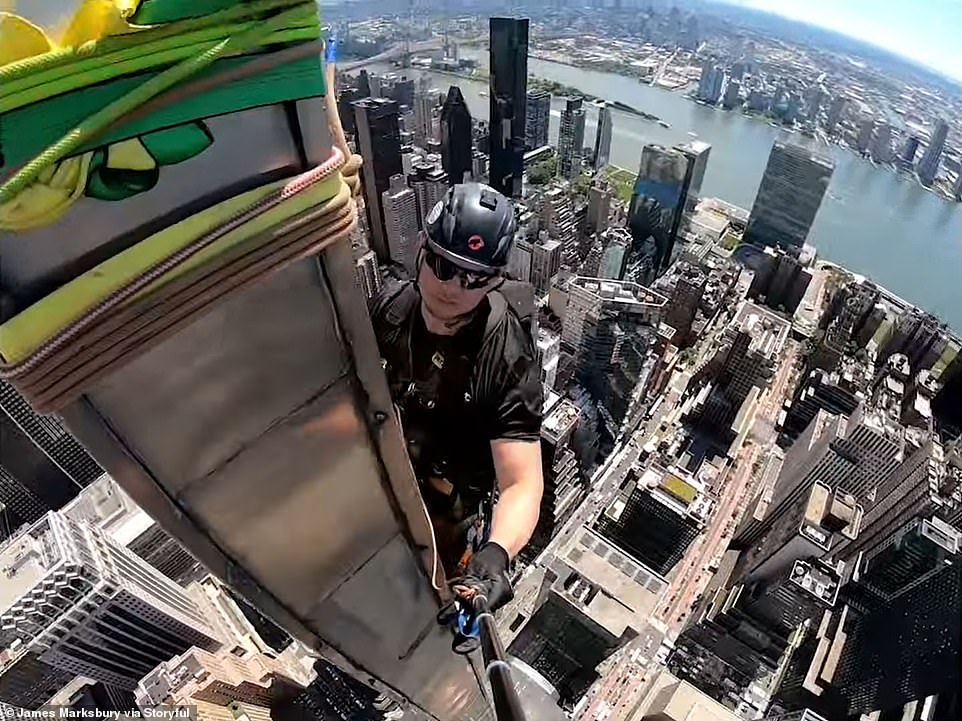 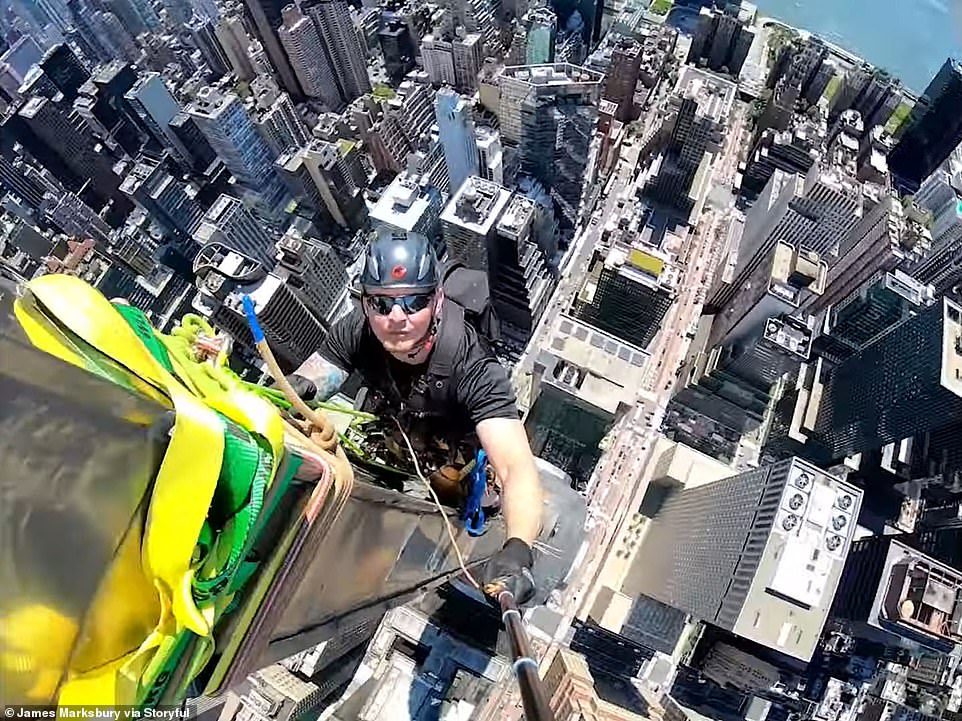 The building was a personal project for Walter Chrysler, the founder of the car manufacturer that bears his name, but remained separate from the auto business.

The Chrysler Building’s art-deco look was considered modern, urbane and luxurious, with distinctive elements such as the horizontal black and white stripes between floors and the streamlined eagle heads.

The design also pays homage to its owner Chrysler and his automobile roots, including hubcaps, mudguards and hood ornaments among the building’s decorations.