"Justice Kavanaugh made history by bringing on board an all-female law clerk crew," Ginsburg said, according to a transcript of her speech to a conference of judges in New York. "Thanks to his selections, the court has this term, for the first time ever, more women than men serving as law clerks." 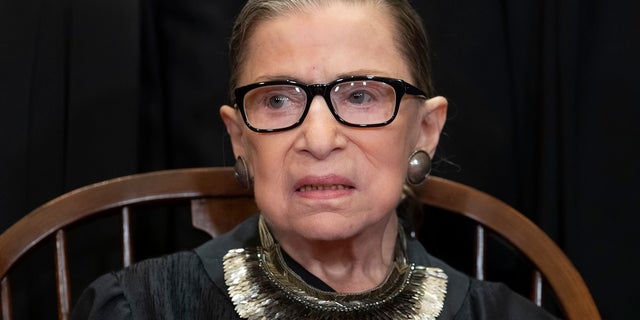 "Women did not fare nearly as well as advocates," Ginsburg added. "Only about 21 percent of the attorneys presenting oral argument this term were female; of the 34 attorneys who appeared more than once, only six were women."

Kavanaugh hired four female law clerks –  a first for the court, The New York Times reported. Only one, Kim Jackson, clerked for him before his appointment to the court.

Ginsburg's' remarks come months after Kavanaugh's contentious confirmation hearings, which were notable for allegations of sexual misconduct and bickering between Democrats and Republicans.

Christine Blasey Ford, one of three of Kavanaugh's accusers, testified before the Senate Judiciary Committee that he pinned her to a bed during a house party in Maryland in the 1980s.

Kavanaugh vociferously denied the allegations against him and said during the hearings that he had a record of treating women with respect. During the hearings, Kavanaugh promised to hire an all-female law clerk team.

"In my time on the bench, no federal judge — not a single one in the country — has sent more women law clerks to clerk on the Supreme Court than I have," Kavanaugh told the Senate Judiciary Committee.