Elon Musk’s SpaceX Falcon 9 rocket was hoisted atop the historic Florida launch pad on Friday as the rocket’s four “Crew-2” astronauts arrived at the Kennedy Space Center to begin final launch preparations. The three man, one-woman crew briefly fired up nine of the rocket’s engines in the early hours of Saturday morning in a ‘static fire’ test meant to validate pre-launch procedures.

All four members of the “Crew-2” are space veterans – Commander Shane Kimbrough, Megan McArthur, Thomas Pesquet and Akihiko Hoshide – and are expected to have a simulated launch on Sunday morning.

“In the next few days, we have a little bit of training to do,” said Commander Kimbrough.

“And then our families and guests will start showing up. So that’s an exciting time. 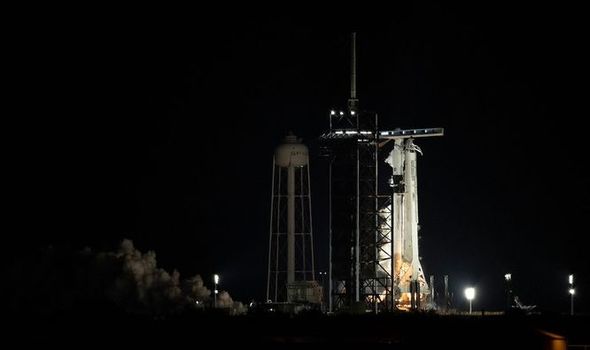 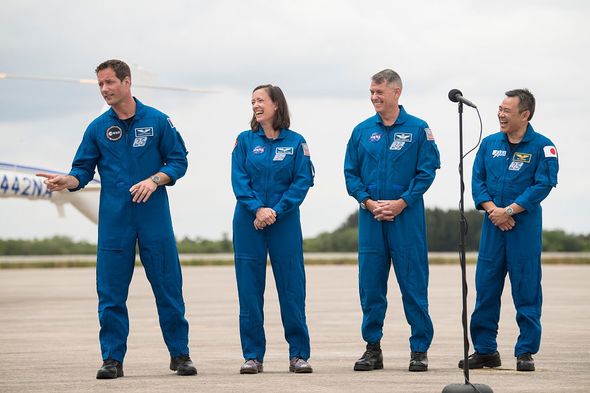 “We’ll get to spend at least parts of the last few days with them before we go.”

If all pre-flight checks are approved then the crew will strap in and blast off at 6.11am on April 22 before docking with the International Space Station after a 29 hour flight. 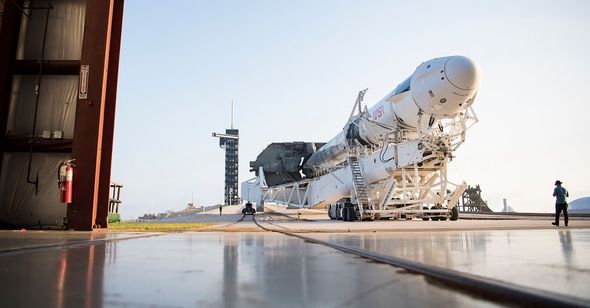 “We’re looking forward to the rumble and the sensation, all the G’s pushing on our chests. It’s going to be a lot of fun.”

“So we were lucky enough to kind of … draw our initials in this soot on the side of the booster. I don’t know if this is going to stick, but I found it really cool.” 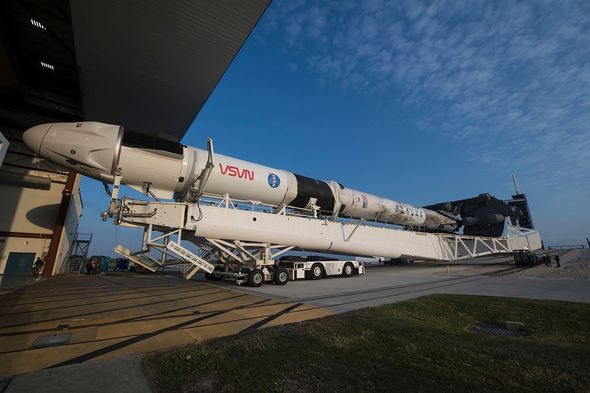 The Crew-2 will replace the Crew-1 astronauts who have been in the space station since last November and are expected to return to Earth on April 28.

The new space station residents will have an approximately 6 month stay and will depart no earlier than October 31 according to the SpaceX website.