Physics teacher at £35,000-a-year Scottish private school Merchiston Castle faces being struck off after slamming Tory MSP Ruth Davidson for having a ‘fatherless child’ in YouTube video – as he defends his right to ‘freedom of speech’

A Scottish private school teacher is facing being struck off after slamming Ruth Davidson for having a ‘fatherless child’.

Richard Lucas, a physics teacher at £35,000-per-year Merchiston Castle School in Edinburgh, made the comments on a video he posted to his YouTube channel.

Mr Lucas is now being investigated by the General Teaching Council for Scotland for his April 2018 video titled ‘Ruth Davidson and the fatherless children’.

Mr Lucas captioned the 15-minute-clip: ‘Ruth Davidson wishes to normalise the production of fatherless children, does not value marriage, and follows the ABM childcare philosophy.’

In the video, the physics teacher blasts the Conservative MSP for having a child saying: ‘They haven’t produced this baby together, this baby is the product of Ruth Davidson and a gentleman whose identity is a mystery to us.

‘The important issue here is that this is the deliberate production of a fatherless child.’ 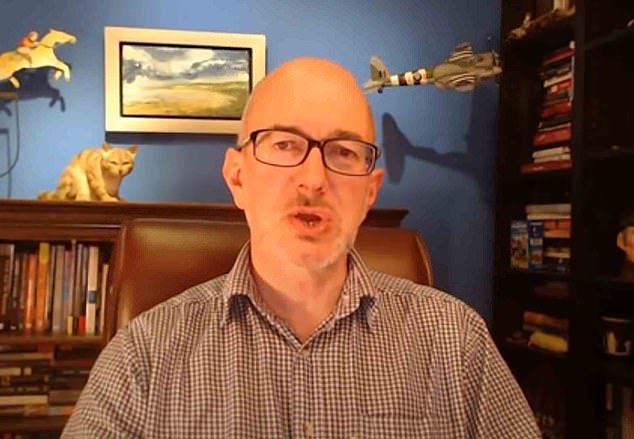 Richard Lucas (pictured), a physics teacher at £35,000-per-year Merchiston Castle School in Edinburgh, made the comments on a video he posted to his YouTube channel 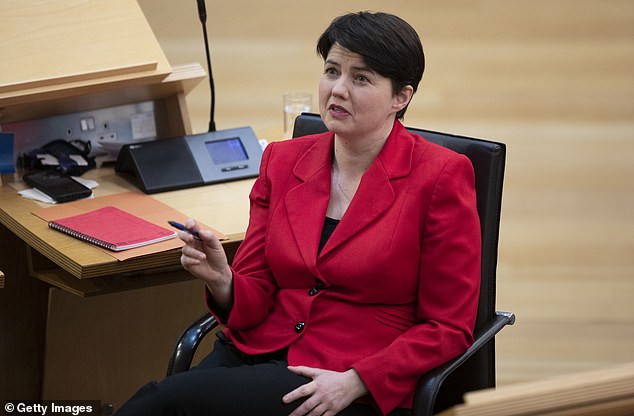 He also says: ‘There is cause to be concerned about same sex marriage.’ Mr Lucas made reference to statistics published by American sociologist

‘But then the statistical jiggery pokery kicks in and by controlling for one thing or another eventually you can make those effects disappear and claim that the children turn out just as well.

‘There’s good reason to think that there are problems associated with/correlated with same sex parenthood.’

Mr Lucas now faces being removed from the teaching register altogether following a complaint by a parent.

The GTCS charges read: ‘The meaning and effect of these statements in the 2018 video, is that homosexuality is undesirable as it causes physical and mental health problems.

‘That same sex parenting is inferior to, and is of less value, than heterosexual parenting and should be discouraged as it is harmful to children.

The charges continue: ‘Such statements are offensive and/or communicate intolerance, prejudice, discriminatory and/or, are potentially discriminatory. 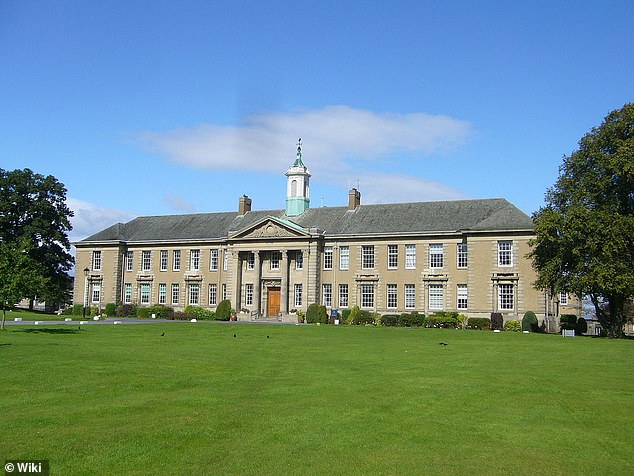 Mr Lucas is now being investigated by the General Teaching Council for Scotland for his April 2018 video titled ‘Ruth Davidson and the fatherless children’. Pictured: Merchiston Castle School

‘…as a reasonable and properly informed member of the public, having regard to the content of your statements, would conclude that you were intolerant of and prejudiced against same sex parents and would discriminate against them and their children in the course of your duties as a teacher.’

Speaking today to the panel, Mr Lucas said: ‘I admit to making the comments – I do not think that I am unfit to teach.’

Mr Lucas also took to his Facebook page on Saturday to defend his actions.

He said: ‘I still hold the views expressed in the ‘offending’ video and I will continue to articulate these views regularly and publicly as I see fit.

‘Whatever the outcome, I will immediately restate my views publicly and explicitly reject the right of GTCS to restrict my freedom of speech in this way.’

Mr Lucas, who is representing himself at the hearing, today cross examined former Headmaster of Merchiston Castle Andrew Hunter.

Mr Hunter told the panel how he had tried to talk to Mr Lucas about his views, saying: ‘I tried my hardest to nurture you to see that your views had always put you on a collision course.

‘It is in my personal view that in such a vocation we cannot adopt such a view that was expressed in the video.

‘I don’t think it’s our right to irrespective of what any religious texts may say. Whether it’s the bible or the quran.’

Mr Lucas then quoted the Catechism of the Catholic Church to which legal advisor Gareth Jones interrupted, saying: ‘The purpose of the witness is not to descend into personal attacks during cross examination.’

Mr Lucas closed his questioning by asking: ‘Is your honest belief that because I believe in mainstream christian beliefs it makes me unfit to teach?’

The former headmaster replied: ‘I tried to say to you, do not you think you have to moderate these views to context and meet people halfway. I tried to get you to acknowledge that if we have faith we can not say such things when there are people around us who have some faith or no faith at all.

‘I wanted the best for you and the students.’

In his statement, Mr Johnston said: ‘He was getting close to crossing the line, aline he hadn’t previously crossed.

‘Richard is clever, he never explicitly says the words I think. He thought the school thought he had extreme or radical views.’

Mr Lucas was adamant during the hearing that the school was monitoring his political party the Scotland Family Party.

When he questioned Mr Johnston about this, the deputy head said: ‘I think initially we thought that people have the right to an opinion – we were not monitoring your online behaviour.

Mr Johnston replied: ‘Voicing an opinion which makes anyone feel less accepted is intolerable. Our values are to be accepting.’