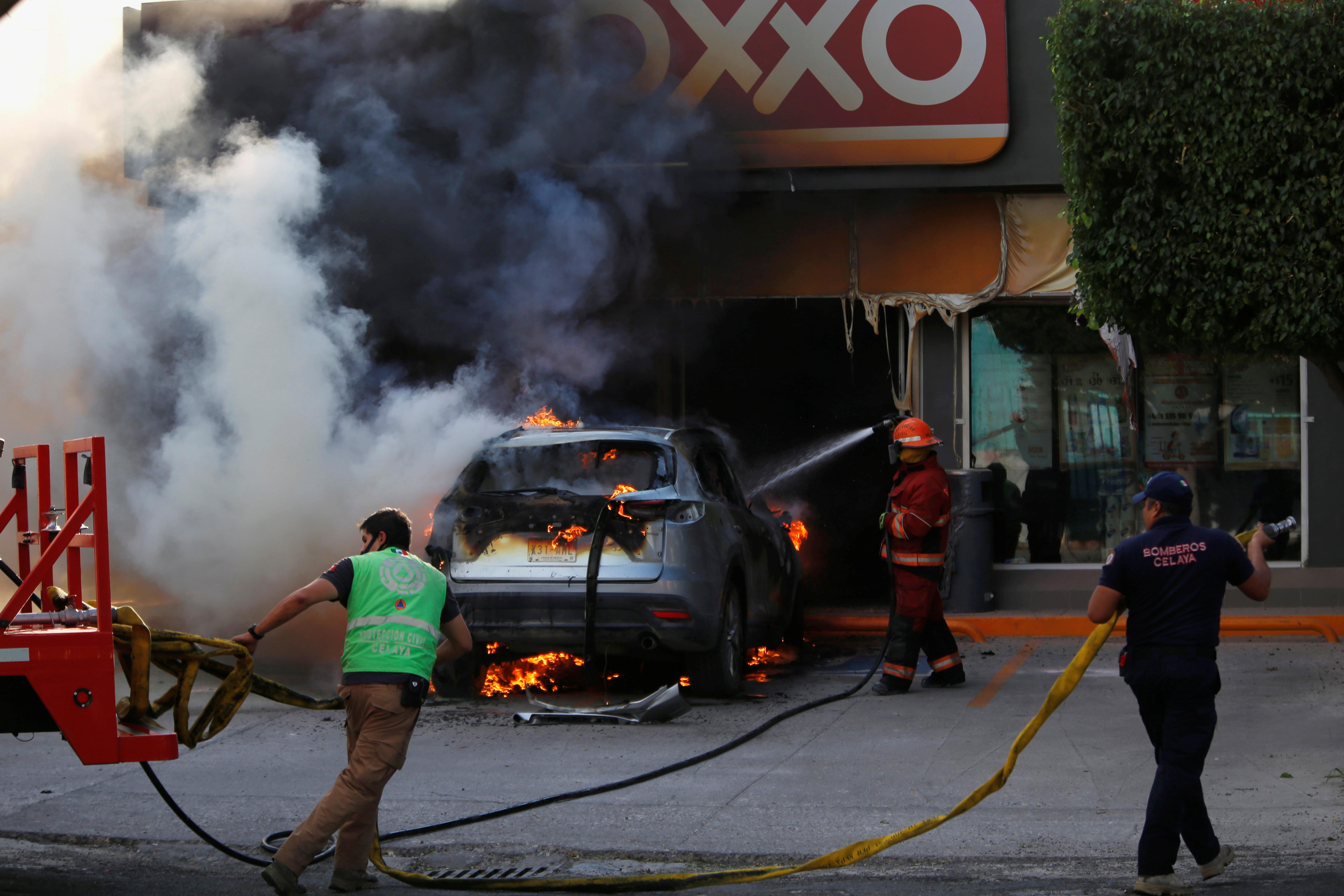 MEXICO CITY (Reuters) – One of the most wanted Mexican cartel leaders threatened the government and his arch-foes in highly unusual video messages, including one where he can be seen fighting back tears after his mother was detained over the weekend.

Jose “El Marro” Yepez, leader of the Santa Rosa de Lima Cartel, that has been a thorn in the side of the President Andres Lopez Obrador’s government due to his gang’s industrial-scale siphoning of petroleum from state-run oil company Pemex.

In one of the videos widely shared on social media, Yepez can be seen lashing out against the government after his mother was allegedly arrested in a major security operation in the city of Celeya in Mexico’s bloodiest state, Guanajuato.

“I’m going to be a stone in your shoe. I’m going to blow up, you will see,” Yepez, wearing jeans with a rifle slung over his should, said in the video. Reuters was not able to independently verify the videos.

Mexican security forces on Sunday said they arrested members of an organised crime group in a raid in Celeya, where they found a about 1 kilogram of a something resembling methamphetamine and 2 million pesos ($88,000).

“Among the detainees are Maria “N”, Juana “N” and Rosalba “N”, alleged financial operators of the criminal organization,” Mexico’s security agencies said in a joint statement, without naming the Santa Rosa cartel or its leader.

Yepez said he feared the authorities would frame his mother as one of the leaders of the cartel. “In my mother’s and my people name…I don’t fear you,” he said.

Yepez also said he could form a coalition with the Sinaloa cartel or other crime groups in the north to fight Santa Rosa’s arch-foe Jalisco New Generation cartel, which has been on a bloody expansion drive to take over rivals’ territories across the country.