Mugger stabs mother-of-three, 36, after she refused to hand over her mobile phone while walking with her sleeping three-year-old son in his pushchair

A mother of three has called for ‘incredibly drastic’ action to tackle London’s knife crime epidemic after being stabbed in the thigh by a teenager in an apparent gang initiation.

Nursery teacher Christel Stainfield-Bruce said she felt like ‘target practice’ after she was stabbed in front of her sleeping three-year-old son in broad daylight.

She and her husband Quinn believe she was attacked as part of a gang initiation and they are calling for help to find the teenager who stabbed the 34-year-old, the Camden New Journal reported.

She had been pushing her child in a buggy in Holloway when she was approached by a teenager on Friday, at around 5pm.

The boy, who she believes was between 14 and 16, asked for directions to the Emirates stadium. 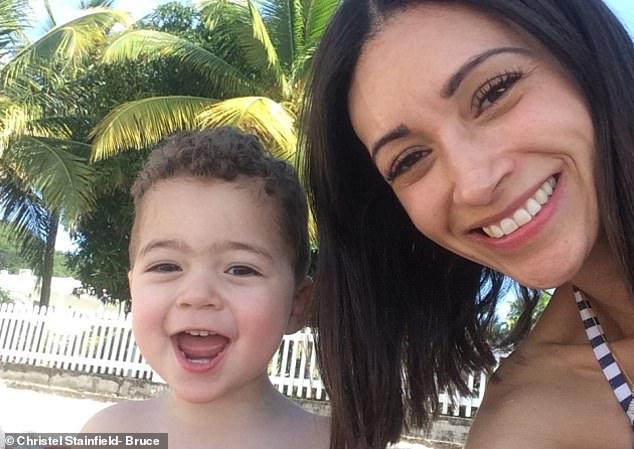 Christel Stainfield- Bruce, pictured with her son. She said the stabbing was a gang initiation 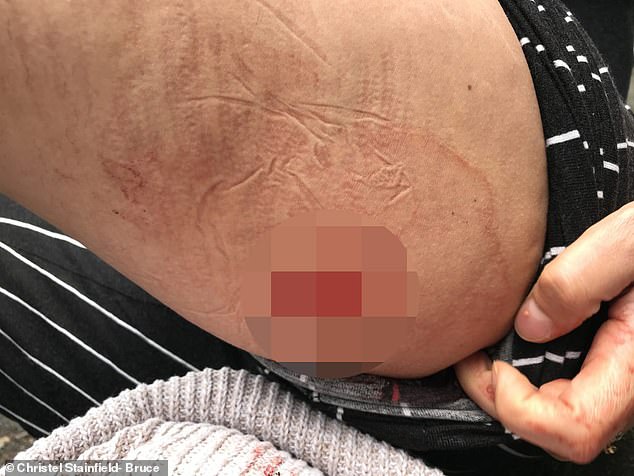 She gestured in the direction of the stadium, phone in hand, but when he asked for the device she said no.

The boy then ‘leaned forward’, she explained, and stabbed her in the back of the leg before running off.

The couple, who have three children, are convinced it was an initiation attack because the teen did not hesitate before stabbing her or try to take her phone and purse after the attack.

Mrs Stainfield-Bruce, 36, said: ‘It was really shocking to see. It’s scary. It’s disbelief. At what point do you think when you’re walking down the street that you’re at risk of being stabbed in broad daylight?

‘There was no history with this person. I was just a random target. It almost felt like target practice.’ 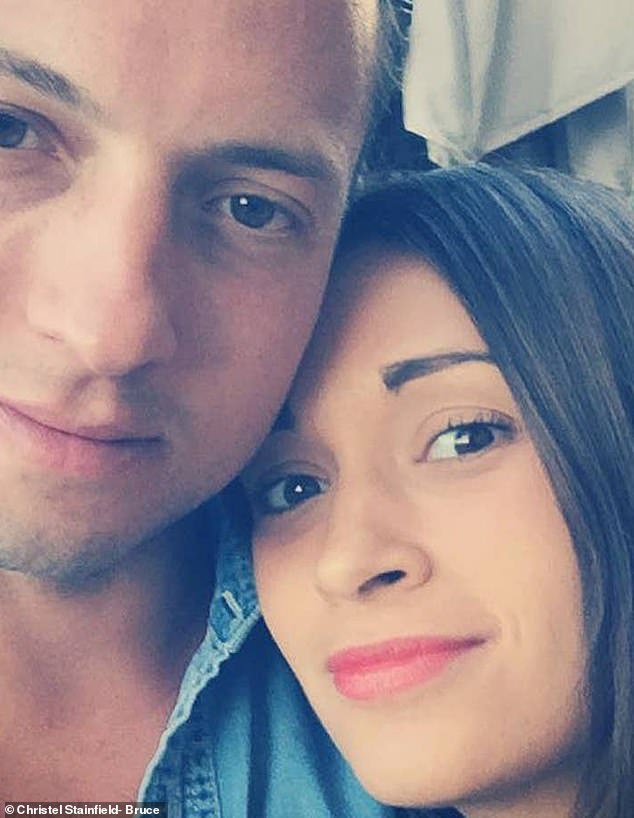 Christal and her husband Quinn, who called for drastic action after his wife ‘could have died’ 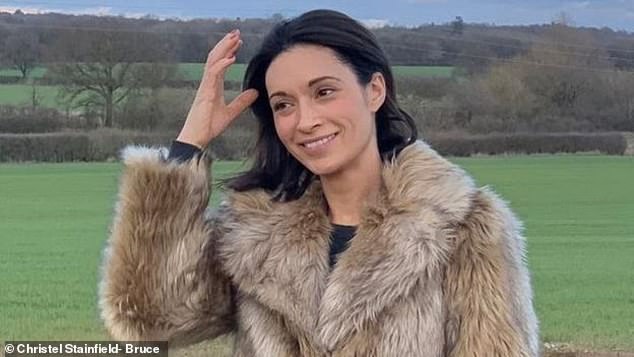 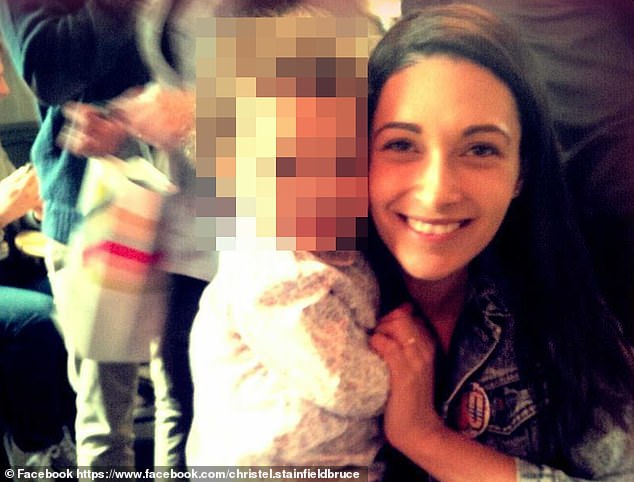 Mrs Stainfield-Bruce was stabbed at random while her three-year-oild son slept in a pushchair, in north London

She added: ‘I haven’t left the house yet, I think that is when it will really kick in.

‘When I woke up this morning, it was the first day I have felt quite anxious about leaving the house.

‘My anxiety about leaving the house stems from the fact that this person is still out there. Possibly a local person.’

After she was stabbed Mrs Stainfield-Bruce, who is trained in first aid, wrapped her jumper around the wound and sat down on the curb and called the emergency services. She was then rushed to hospital.

There they told her that she was ‘very, very lucky’ the blade had not hit any major arteries or tendons.

Her husband said: ‘As a society, as a borough, as a city, as a country, this is at crisis point. This is a status thing. Trying to fit in with gangs and targetting someone in this way. Something incredibly drastic needs to be done.’

He added that his wife ‘didn’t scream out because she didn’t want to wake our son who was asleep in the pushchair’ and tied her jumper around the wound before phoning 999.

Mr Stainfield-Bruce said his wife was ‘insanely lucky’, adding ‘she could have been paralysed or died’.

The pair were told that the incident was being treated as grievous bodily harm.

The suspect is described as black male, 5ft 3ins, of large build and was wearing dark coloured clothing, including a jacket and a ‘trucker’ style cap at the time of the attack.