TERRIFYING photos show the bone-chilling view you'll be met with if you're ever unfortunate enough to be eaten by a shark.

Photographer Euan Rannachan took the photos about 130 miles off the coast of Baja California and says he wasn't fazed by the sea creatures. 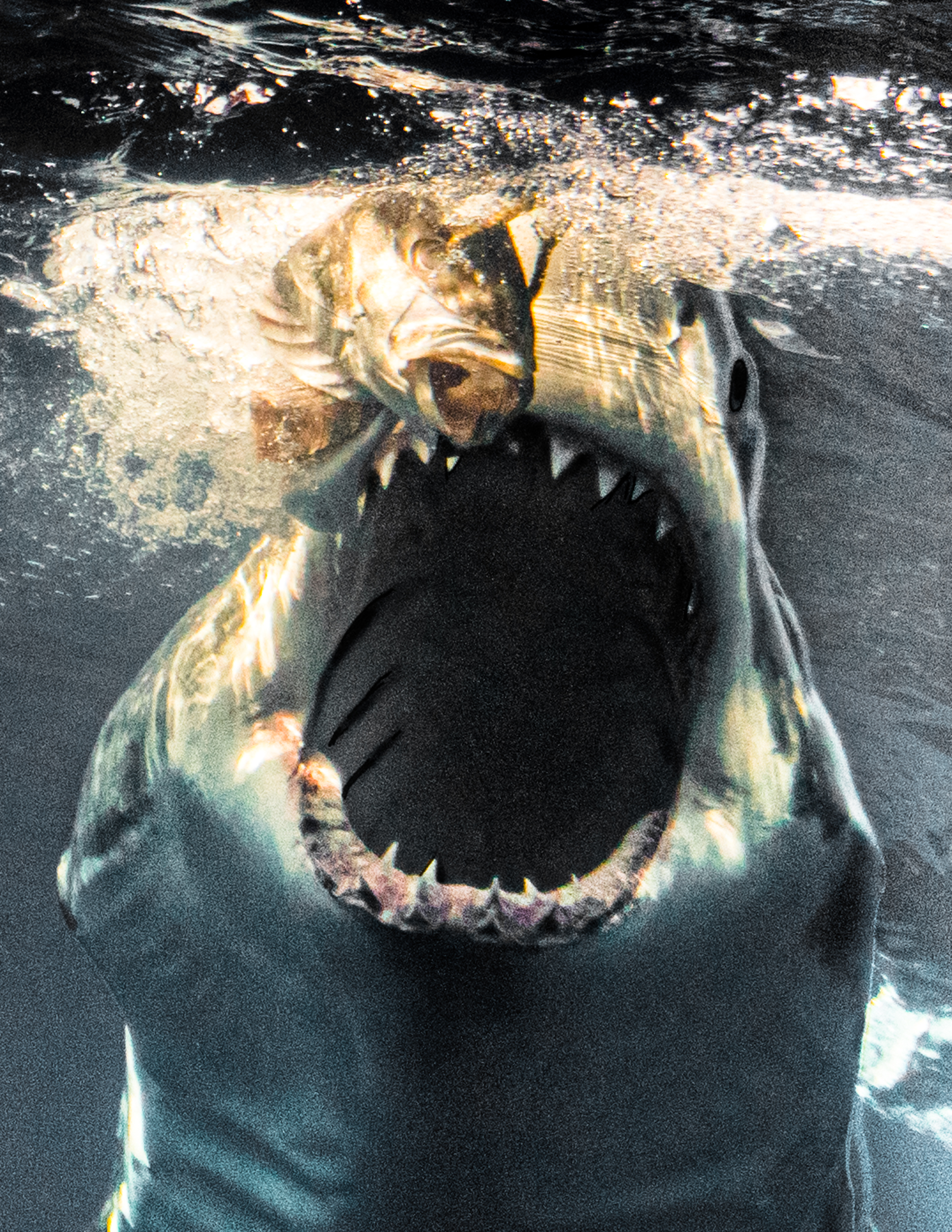 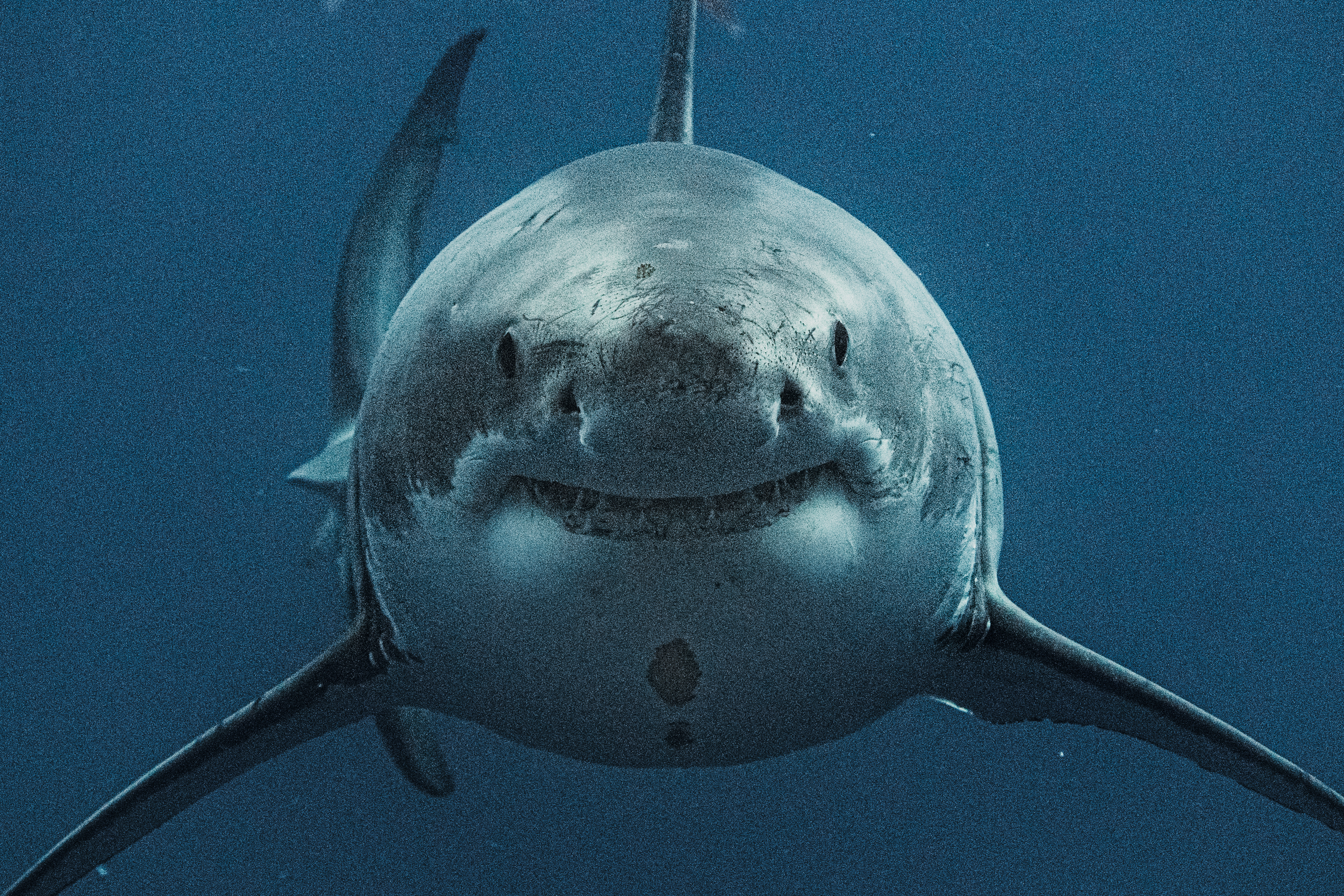 "Never once have I felt scared in the cage," he said.

"Once you are in the water with these animals, it's easy to show just how peaceful it is, and not scary at all."

Rannachan snaps the photos from a shark cage, allowing him to get up close and personal with the animals.

The 1975 film Jaws made Great White sharks the fear of most people who dared to venture out into the water and Rannachan's photos make those fears a reality. 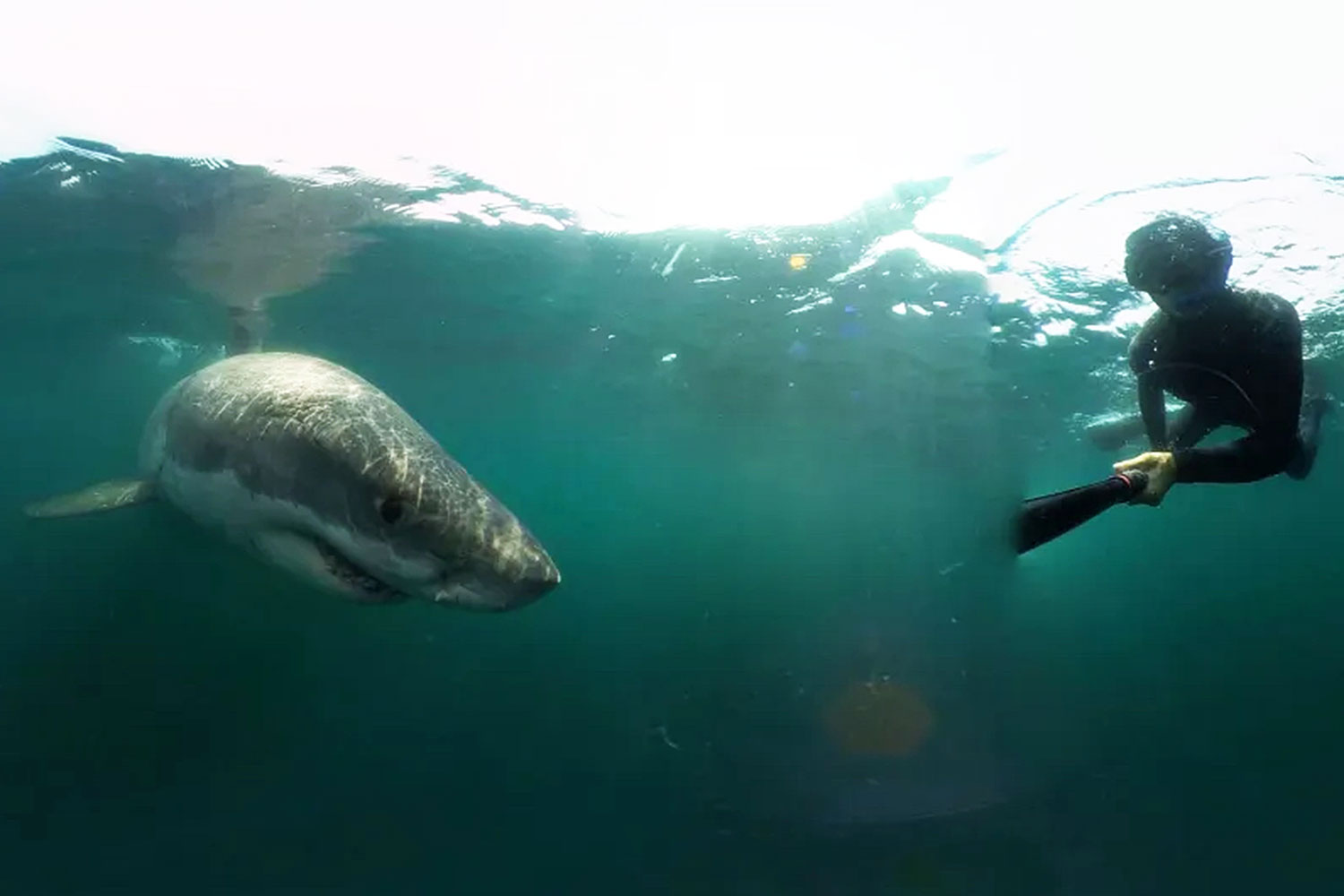 One haunting pic shows a shark's open mouth, sharp teeth in full view, as it prepares to devour a much smaller fish.

For Rannachan, they are the perfect models for his unconventional photos.

"A large male white shark had been interested in the bait and made a couple of half-heart attempts to catch it," he said of his method to lure the sharks in for a pic.

"When those failed, it went full apex predator on the line right in front of me."

Rannachan says the creatures are curious and aren't as aggressive toward humans as movies make them appear to be.

Sharks only bite about five to 10 humans per year and usually take a "sample bite" out of curiosity before swimming away.

The sharks use their noses to detect prey in the water, feeling electrical signals to "hear" the heartbeat of others around them.

Their sense of smell is so strong, they can sniff out a colony of seals from two miles away.

"They use these little holes filled with jelly to feel electrical impulses in the water, such as an animal in distress.

"They also can use these sensors to feel your heartbeat in the cage," he said. 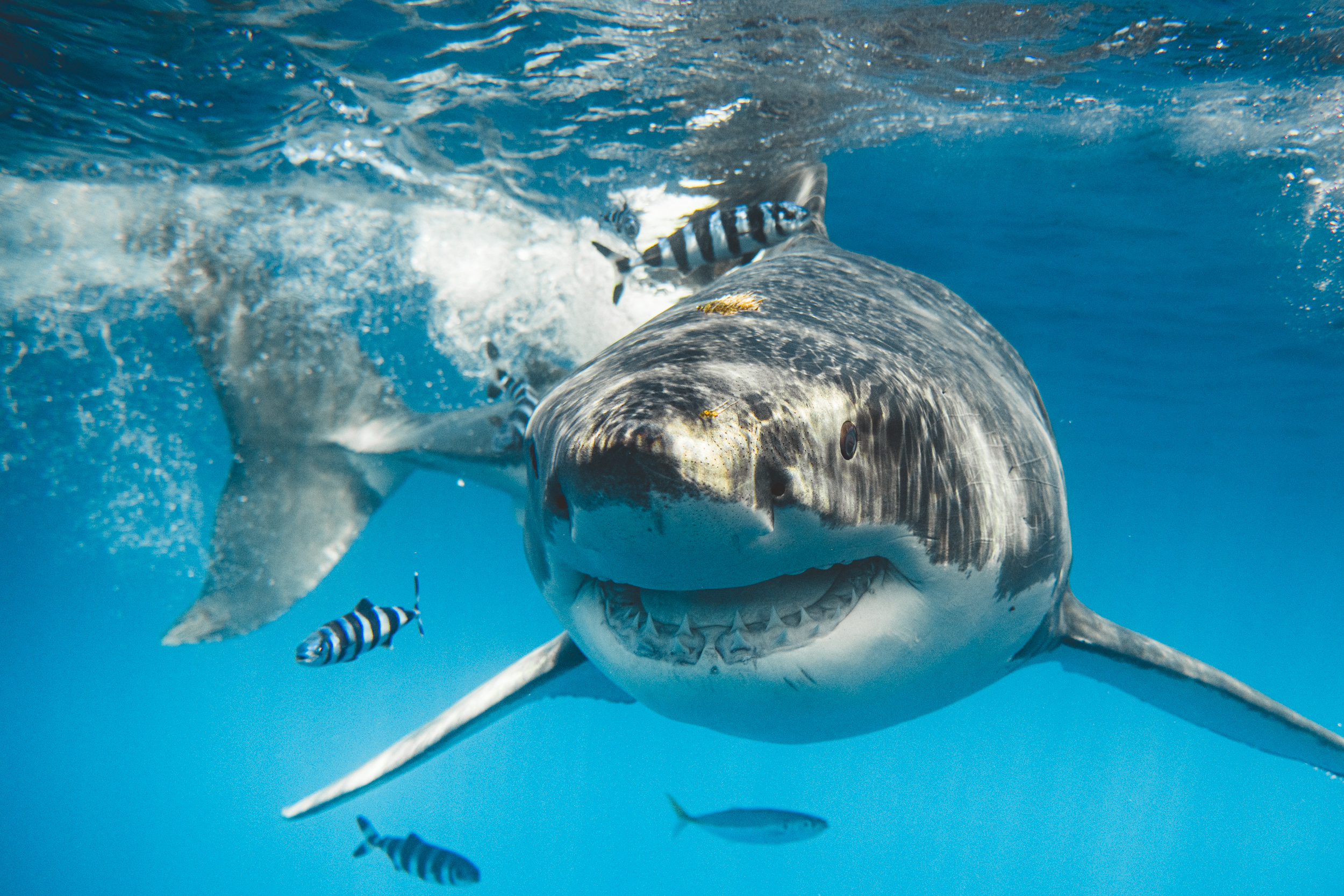 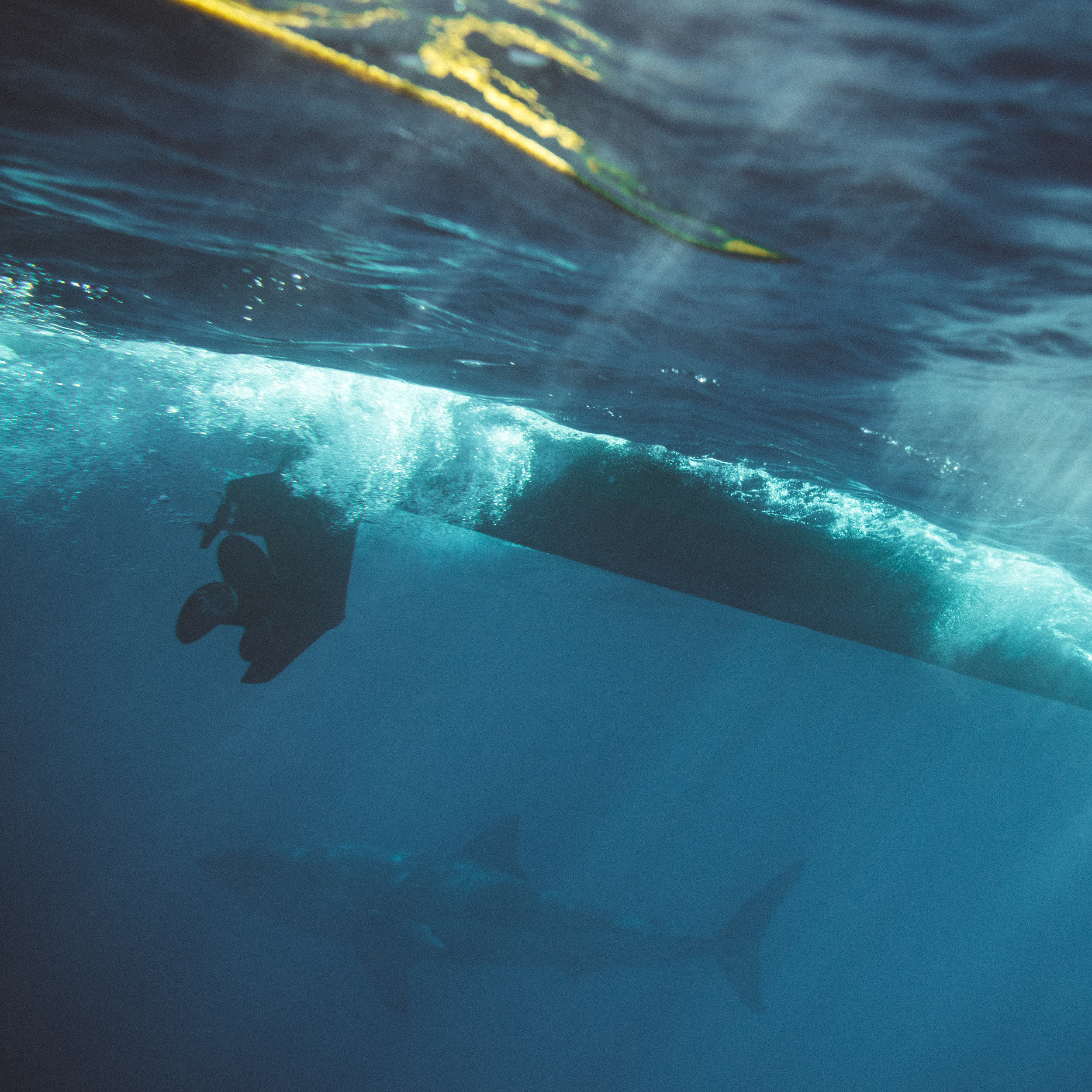