Houston Texans rookie wide receiver John Metchie III has been diagnosed with a form of leukemia and will likely miss what would have been his first season in the NFL, Metchie announced on Sunday.

Metchie said in a statement through the Texans that he was diagnosed with Acute Promyelocytic Leukemia (APL). He said he is receiving great medical care and expects to recover, but will likely miss the 2022 NFL season because of it.

“Recently I was diagnosed with APL (Acute Promyelocytic Leukemia), the most curable form of Leukemia. I am currently receiving great medical care, am in good spirits and expect to make a recovery at a later point in time. As a result of this diagnosis, I will likely not be playing football this season. My main focus will be on my health and recovery. Thank you in advance for your support and well-wishes. I cannot wait to come back stronger than ever. God bless.”

APL is an aggressive subtype of acute myeloid leukemia (AML) in which immature white blood cells called promyelocytes accumulate in the bone marrow. When they build up in the blood and bone marrow, it results in a shortage of normal white and red blood cells and platelets in the body.

It is considered the most curable form of adult leukemia because of advances in diagnosis and treatment. Centers specializing in its treatment report cure rates of 90%, according to the Leukemia & Lymphoma Society (LLS). Notably, it’s the same form of leukemia former Indianapolis Colts head coach Chuck Pagano battled.

Metchie, who turned 22 last week, was drafted No. 44 overall by the Texans in April. Houston traded up to the second round for the pick, sending three picks to the Cleveland Browns in exchange.

He had 96 catches for 1,142 yards and eight touchdowns for Alabama last season. In the SEC championship game win over Georgia, Metchie went down with a non-contact injury while running a route. He was ruled out of the Cotton Bowl and the College Football Playoff with a torn ACL. Before the leukemia diagnosis, he had said he expected to be ready for training camp. He was a participant in rookie minicamp in May.

Rookies were scheduled to report to Texans camp on Sunday, with veterans joining them Tuesday and the first full practice on Friday. 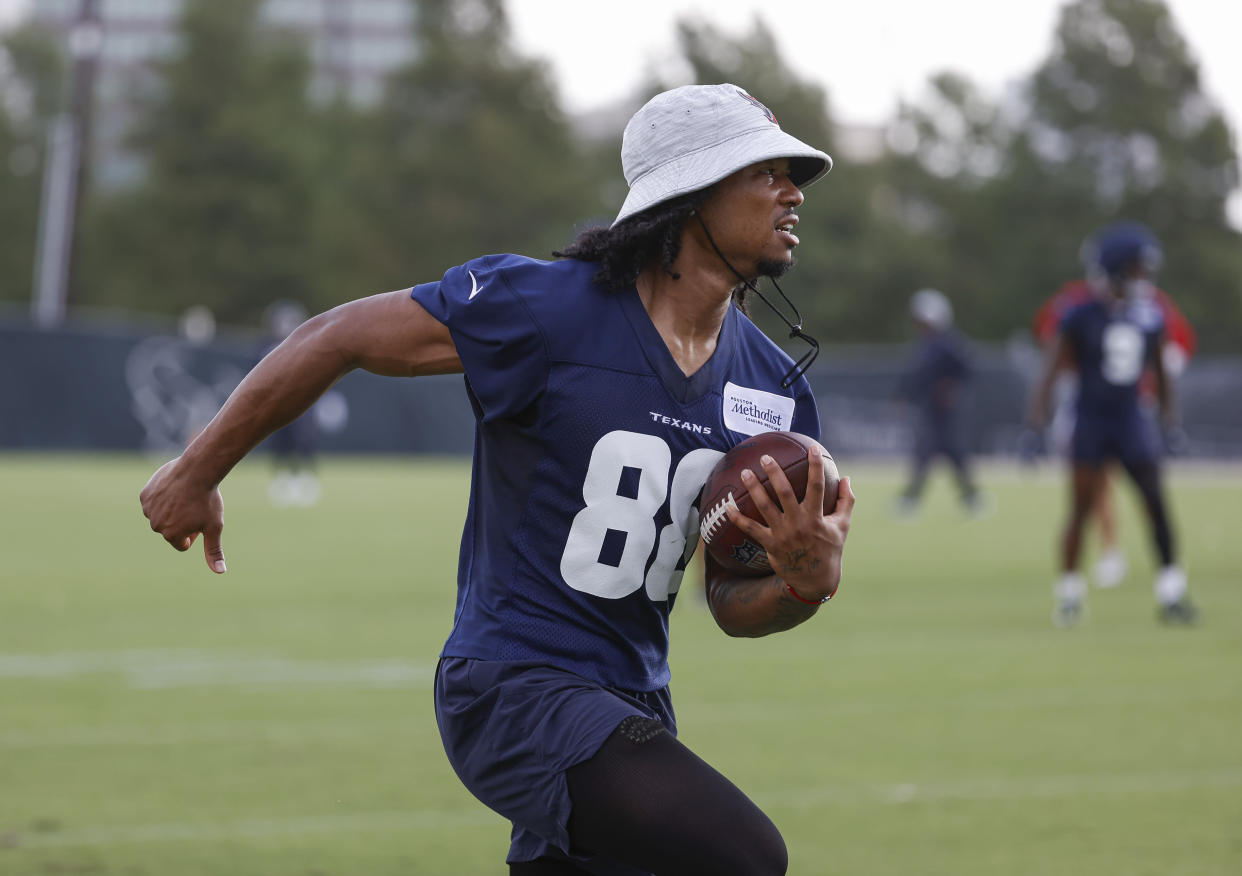