Home » World News » ‘The next Xinjiang’: Inner Mongolia’s battle to save its culture

They sign their names in a circle so that no one can be singled out.

In Hohhot, 500 kilometres north of Beijing, a group of teachers are taking a stand. At stake, the herders, workers and farmers of Inner Mongolia argue, is an 800-year-old written language and the memory of Genghis Khan.

The Chinese Communist Party has turned its attention from Xinjiang and Tibet to another semi-autonomous region, this time to the north. Long spared the heavy-handed attempts at cultural assimilation seen in other parts of China, the Chinese government in September decreed that henceforth the first language of school instruction in Inner Mongolia would be Chinese. 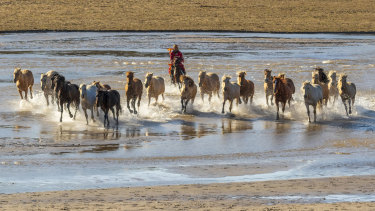 For the herders of Inner Mongolia, a school is much more than a school. The largely secular society has placed schools on a par with religious institutions. Where the Uighurs have mosques, the Mongols have classrooms; where the Tibetans have temples, the Mongols have lecture halls.

Christopher Atwood, a professor of East Asian languages at the University of Pennsylvania, says formal education in the Mongolian language has existed in some form since the creation of the Mongolian alphabet in 1206. It is closer to Turkish than Chinese, a vertical language of poetry, conquest and history.

"The crackdown is intensifying."

The developments are familiar to observers of Tibet and Xinjiang, where the elimination of local languages in schools have been followed within two decades by forced cultural assimilation and labour camps, as China sheds decades of sponsoring independent ethnicities to bring them under the One China model.

The shift is being driven by a move away from China's constitution which, modelled on the Soviet Union's, gave ethnic groups "the freedom to use and develop their own spoken and written language" in a bid to convince disparate cultural groups to embrace communism.

Now, after more than 70 years, Article 4 of the constitution is regarded by the Chinese Communist Party (CCP) as a mistake. "The second generation ethnic policy", advocated by prominent CCP academics, is herding China's myriad indigenous ethnicities under one cultural banner. 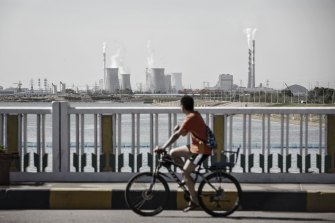 A man rides a bicycle over a bridge as power plants stand in the distance in Baotou, Inner Mongolia. Credit:Bloomberg

"China today is in the midst of closing out a ¾ of a century experiment," Atwood argued in the Made in China Journal in August.

The party academics, including Hu Angang at Tsinghua University and Ma Rong at Peking University, maintain the new system will mirror that of the United States, where there is minimal state-backed educational support in order to encourage all citizens to identify as Americans.

"They will replace the content of Genghis Khan in Mongolian language with Chairman Mao in Chinese in the new textbook," says the father of a grade three student in Inner Mongolia, who asked not to be identified because of fears of political retribution.

"It is a radical move," says another local. "Assimilation is an inevitable natural process, which may take hundreds of years. But someone is trying to accelerate it into decades." 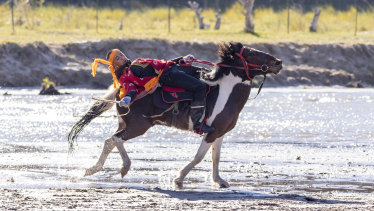 A Mongolian horseman at the Wulan Butong Grasslands. Credit:Sanghee Liu

The Chinese government believes the changes, which will see Mandarin-language teaching from the first year of school, a separate Mongolian language course, and the replacement of Mongolian history and politics textbooks with Chinese textbooks by 2023, are necessary to ensure students in the region can compete with the best in Beijing.

"Objectively speaking, in the central and western regions including our Inner Mongolia Autonomous Region, there are still many young, middle-aged [people] and herders who cannot use Mandarin for basic communication," the Chinese government's Inner Mongolian Education Department said in a note to parents explaining the changes in September.

"Xinjiang and Tibet have used nationally compiled textbooks [since] 2017 and 2018 respectively. Therefore, the use of compiled teaching materials for the three subjects is a unified national deployment of the state, not just a special requirement for Inner Mongolia."

But the swift implementation of the changes in an area once praised for its cooperation with communist leaders in Beijing and Moscow has been met with an uncommon surge of resistance in mainland China. 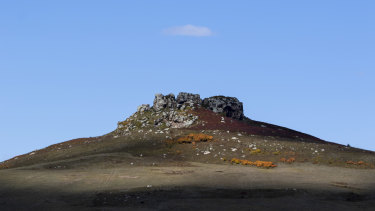 In June a high-ranking party official visited the region and surprised local authorities by verbally advising that the new central government policy was underway. By August the first official document outlining the changes was released and a high-profile historian, Chimeddorji, was fired after he posted a video critical of the proposal. Petitions were signed by teachers and protests started as parents removed their kids from the classroom.

According to Atwood, the teachers' unique petitions are a nod to Inner Mongolia’s famous pre-revolutionary ‘circles’ or duguilang resistance groups, who also signed their names in a circle so that leaders could not be singled out.

Bainu, the local social media network, was shut down at the end of August. Discussion about bilingual education was purged online, as Chinese state media labelled the detractors "separatists", a term now used to stigmatise anti-government figures from Hong Kong to Xinjiang. Wanted posters were put up on social media and protesters were arrested for causing "social panic".

"By refusing to send their children to the school, some people went out to the street, some got arrested, some got warning of unemployment and cancellation of subsidies and welfare," says a Mongolian father.

Enghebatu says Inner Mongolia is the next Xinjiang or Tibet, where families have been separated, dissidents have been detained and labour camps established. "They just want to wipe out Mongolian cultural identity once and for all." 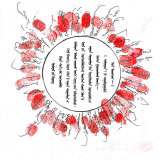 A petition printed in the Mongolian script and signed and thumbprinted round the outside by primary school parents in Hohhot, Inner Mongolia. Credit:

Atwood said it was hard to imagine a a public retreat by the Chinese government.

"If the strikes do gain traction and authorities follow through on the threat to fire striking Mongolian teachers and staff, the authorities would have the need and opportunity to transform Inner Mongolian schools in one blow," he said.

The result could see the language reduced to a "kitchen table" dialect, barely spoken outside the home, as Mongols shift away from their traditional nomadic lifestyles to urban centres in record numbers.

"This will push the already fragile Mongolian language in China to the brink of extinction, leading to a wholesale cultural loss, and very likely sow the seeds for ethnic and social divisions for decades to come," say Yun Jiang and Adam Ni from the China Policy Centre.

Dr Gegentuul Baioud, a Mongolian linguistics researcher, says the symbolism can already be found in the course names.

"Some Mongols have compared this name-swapping to the stepfather taking the place of the father," she says.

For some locals, a tough economic year has left them little choice but to send their kids back to school, no matter how hard the new curriculum is to stomach.

"I don't have another choice," says one restaurant owner.