The Taliban are willing to establish relations with all countries except Israel, a spokesman for the Islamist militant group has announced.

Suhail Shaheen told Russian state-owned news agency Sputnik: ‘In a new chapter if America wants to have a relation with us, which could be in the interest of both countries and both peoples, and if they want to participate in the reconstruction of Afghanistan, they are welcome.’

But he went on: ‘Of course, we won’t have any relation with Israel. We want to have relations with other countries, Israel is not among these countries.’

The Taliban has a history of supporting al-Qaeda, which routinely makes threats against the State of Israel and uses anti-Semitic rhetoric in its jihadist propaganda.

Last month, Shaheen caused surprise when he gave an interview to Israel’s Kan public broadcaster. Just hours after it aired, the Taliban spokesman tweeted that he had been ‘duped’ into giving it. 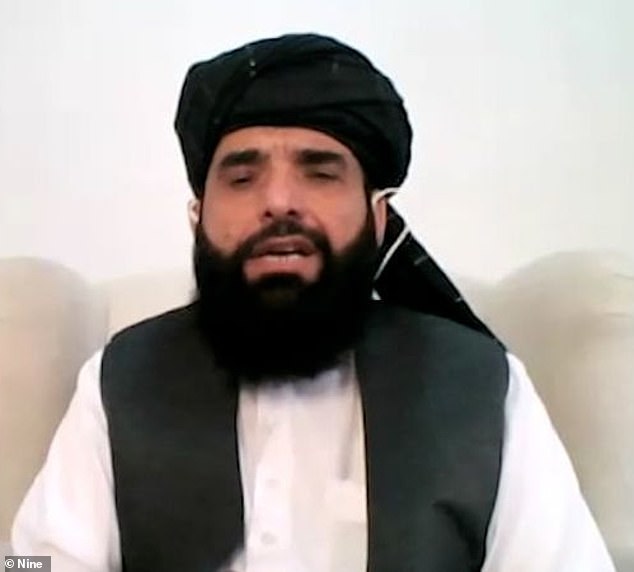 The Taliban are willing to establish relations with all countries except Israel, spokesman Suhail Shaheen has announced 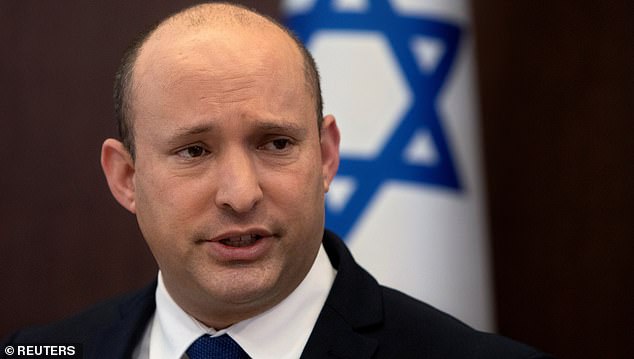 The Taliban will ban Afghan women from playing sport because ‘their face and body will not be covered,’ the terror group confirmed today.

The jihadists have ordered all women to stay at home as a ‘temporary procedure’, cracked down on female-led protests and appointed an all-male cabinet on Tuesday.

‘I don’t think women will be allowed to play cricket because it is not necessary that women should play cricket,’ Wasiq told Australian broadcaster SBS.

‘In cricket, they might face a situation where their face and body will not be covered. Islam does not allow women to be seen like this.

‘It is the media era, and there will be photos and videos, and then people watch it. Islam and the Islamic Emirate [Afghanistan] do not allow women to play cricket or play the kind of sports where they get exposed.’

‘I do many interviews with journalists every day after the falling of provincial centers of Afghanistan and the capital Kabul to the Islamic Emirate,’ he said.

‘Some journalists maybe masquerading but I haven’t done interview with any one introducing himself he is from an Israeli media.’

US withdrawal from Afghanistan was contingent on assurances that the Taliban would not harbour al-Qaeda terrorists. However, there have been reports of Amin al-Haq – Osama bin Laden’s former bodyguard who helped him flee the US invasion – arriving in Afghanistan after the Taliban takeover.

Bin Laden, now dead, masterminded the 9/11 attacks on New York and Washington which caused the US invasion of Afghanistan, the ousting of the first Taliban regime and the subsequent two-decade intervention.

Foreign countries greeted the makeup of the new Afghan government with caution and dismay on Wednesday after the Taliban appointed hardline veteran figures to top positions, including several with a US bounty on their heads.

As the newly appointed ministers and their deputies set to work after they were named late on Tuesday, acting Premier Mohammad Hasan Akhund urged former officials who fled Afghanistan to return, saying their safety would be guaranteed.

‘We have suffered heavy losses for this historic moment and the era of bloodshed in Afghanistan is over,’ he told Al Jazeera.

Tens of thousands of people left after the Taliban seized power in mid-August following a lightning military campaign, many of them professionals fearing reprisals because of their association with the Western-backed government.

In Kabul, dozens of women took to the streets again to demand representation in the new administration and for their rights to be protected.

More broadly, people urged the leadership to revive the Afghan economy, which faces steep inflation, food shortages exacerbated by drought and the prospect of international aid being slashed as countries distance themselves from the Taliban.

The United States underscored its wariness on Wednesday.

‘This is a caretaker Cabinet,’ White House spokeswoman Jen Psaki told reporters. ‘No one in this administration, not the president nor anyone on the national security team, would suggest that the Taliban are respected and valued members of the global community.’

The Islamist militant movement swept to power in a victory hastened by the withdrawal of US military support to Afghan government forces. 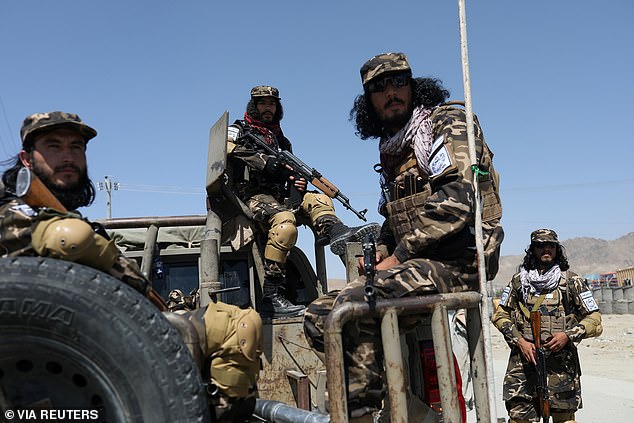 The Taliban’s announcement of a new government on Tuesday was widely seen as a signal they were not looking to broaden their base and present a more tolerant face to the world.

The group has promised to respect people’s rights and not seek vendettas, but it has been criticised for its heavy-handed response to protests and its part in a chaotic evacuation of thousands of people from Kabul airport.

US Secretary of State Antony Blinken said Washington was assessing the Cabinet announcement.

‘But despite professing that a new government would be inclusive, the announced list of names consists exclusively of individuals who are members of the Taliban or their close associates, and no women,’ he said during a visit to a US air base in Germany that has been a transit point for evacuees from Afghanistan.

The European Union voiced its disapproval at the appointments, but said it was ready to continue humanitarian assistance. Longer-term aid would depend on the Taliban upholding basic freedoms.

The new acting Cabinet includes former detainees of the U.S. military prison at Guantanamo Bay, while the interior minister, Sirajuddin Haqqani, is wanted by the United States on terrorism charges and carries a reward of $10million.

His uncle, with a bounty of $5million, is the minister for refugees and repatriation.