Thousands of Chinese people rushed to book flights out of the country as Beijing finally dropped its quarantine rules after three years.

Yesterday China said that from January 8 inbound travellers would no longer need to quarantine – the latest move by Beijing to loosen its zero-Covid regime, after it abruptly dropped mandatory testing and lockdowns earlier this month.

China is now experiencing the planet’s biggest surge in infections with some reports claiming 5,000 people dying a day in the country with a population of 1.4billion.

Still, many Chinese were joyous at learning of the end of restrictions that have kept the country largely closed off to the world since March 2020. 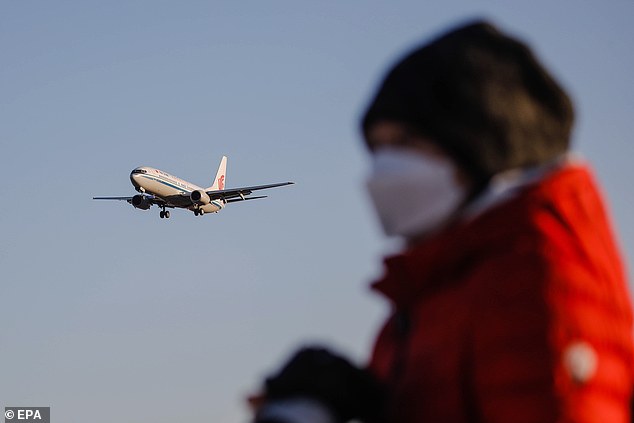 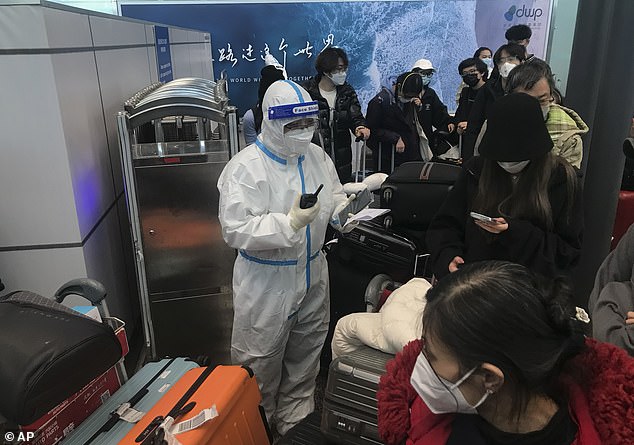 The downgraded containment measures for Covid-19 also mean that travellers would only need a PCR test taken 48 hours pre-flight to enter China.

‘I felt like the epidemic is finally over… The travel plans I made three years ago may now become a reality,’ said Beijing office worker Fan Chengcheng, 27.

A Shanghai resident surnamed Chen said it ‘felt like someone has pressed the button to end the movie’, adding that her parents in Britain would be able to visit more easily.

‘Finally, China’s going back to normal,’ she said.

Another Shanghai local, surnamed Du, said a swifter reopening may help the country reach so-called herd immunity more quickly, adding that there was ‘no way to avoid’ the virus in the eastern megacity.

Online searches for flights abroad surged as news was announced, with travel platform Tongcheng seeing an 850 percent jump in searches and a ten-fold spike in enquiries about visas, according to state media reports. 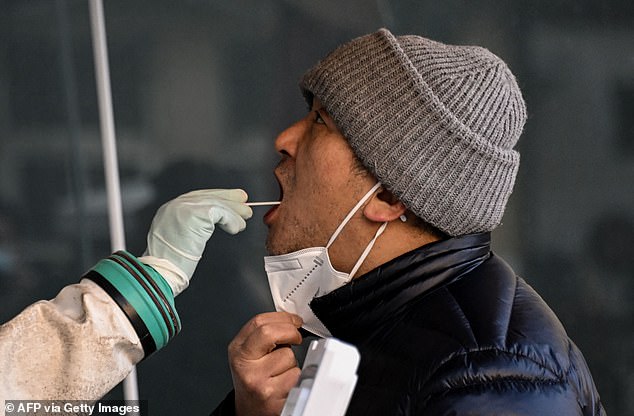 The downgraded containment measures for Covid-19 also means that travellers would only need a PCR test taken 48 hours pre-flight to enter China. Pictured: a man takes a Covid-19 test at a Beijing hospital, December 26

But some may face hurdles going abroad, with Japan saying it would require Covid tests on arrival for travellers from mainland China from Friday.

Unlike most of the rest of the world where people have transitioned to living with the pandemic, China had until recently maintained harsh restrictions and largely sealed itself off.

Infections have surged since the measures were relaxed and authorities acknowledged the outbreak is ‘impossible’ to track and discontinued much-maligned daily case tallies.

The Chinese announcement effectively brought the curtain down on a zero-Covid regime of mass testing, lockdowns and long quarantines that has roiled supply chains and buffeted business engagement with the world’s second-largest economy.

‘It brings an end to three years of very significant disruption.’

Since March 2020, all passengers arriving in the country had to undergo at least two weeks of mandatory centralised quarantine, later increased to three weeks.

That decreased to one week in June, and to five days last month. 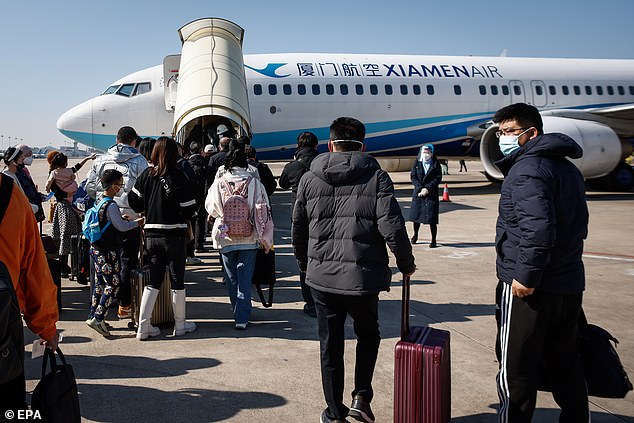 Incoming travellers to China will no longer have to undergo weeks of quarantine. Pictured: passengers wait to board a flight to Beijing from Xiamen Gaoqi International Airport, December 26 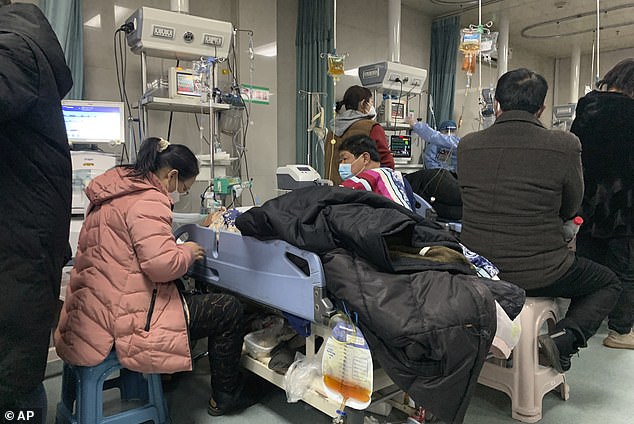 Having mostly cut itself off from the rest of the world during the pandemic, China is now experiencing the planet’s biggest surge in infections after abruptly lifting restrictions. Pictured: family members gather at the bedside of sick patients at a hospital in Bazhou, China, December 22

An uptick in international trade missions is now expected for next year, Mr Simpson said, although full resumption of business operations is likely to be ‘gradual’ as airlines slowly bring more flights online and companies tweak their China strategies for 2023.

The EU Chamber of Commerce in China also welcomed a move that would ‘potentially boost business confidence’ and let executives and workers travel more freely.

The end of the quarantine rule in January will also see Covid-19 downgraded to a Class B infectious disease from Class A, allowing authorities to adopt looser controls.

On Tuesday, Chinese immigration authorities announced the gradual resumption starting January 8 of passport issuance for ‘tourism’ or ‘overseas visits of friends’ – suspended due to the pandemic.

Some entry restrictions will remain however, with China still largely suspending the issuance of visas for overseas tourists and students.

Beijing said Tuesday it would ‘continue to adjust its visa policy for foreigners visiting China in a scientific and dynamic manner in accordance with… the epidemic situation’.

China’s government and state media have sought to project an image of measured calm as Covid washes across the country.

But officials in several cities have said hundreds of thousands of people are estimated to have been infected in recent weeks.

The government announced last week that it would effectively stop recording the number of people dying of Covid, while the National Health Commission said Saturday it would no longer publish daily case figures – widely criticised as inaccurate.

The winter surge comes ahead of major public holidays next month in which hundreds of millions are expected to travel to reunite with relatives.

Many in the population are now grappling with shortages of medicine, while emergency medical facilities are strained by an influx of under-vaccinated elderly patients.

Hospitals and crematoriums across the country have been overflowing with Covid patients and victims, while the National Health Commission yesterday announced it would stop publishing daily nationwide infection and death statistics.