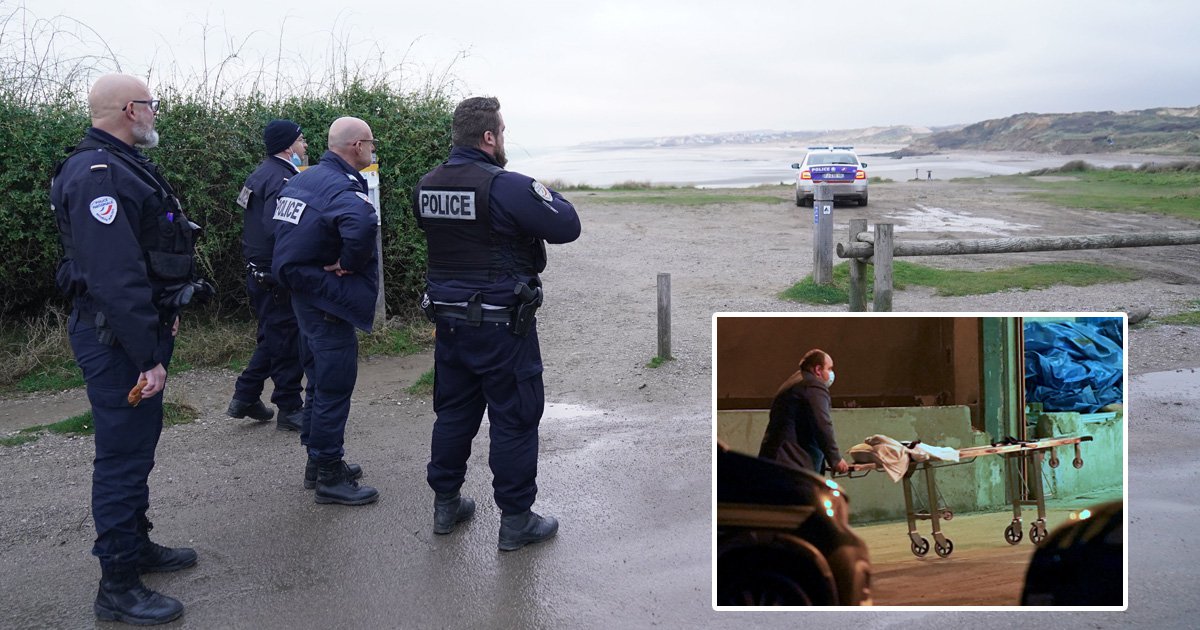 Three children, seven women and 17 men died trying to cross the English Channel on Wednesday, it has been confirmed.

It is the biggest single loss of life in the Channel since The International Organization for Migration began collecting data in 2014.

It’s feared the tragedy could have occurred as a container ship collided with a boat described as a ‘floating death trap’ by the head of the rescue operation.

Bernard Barron, president of the SNSM rescue service in Calais, said the vessel was meant to carry 10 people at most and ‘was completely deflated when we found it’.

Only two people survived the disaster off the coast of France – an Iraqi Kurd and a Somalian.

Both were found in a state of hypothermia and have received treatment, Mr Darmanin told RTL radio station today.

A fifth person has been arrested in connection with the incident, French authorities said this morning.

The regional prosecutor has opened an investigation into aggravated manslaughter.

Autopsies will take place in Lille ‘over the next few days’, Carole Etienne, the public prosecutor who is leading a criminal enquiry, has said.

Boris Johnson claimed smugglers are ‘getting away with murder’ after he chaired an emergency Cobra meeting last night.

The Tory leader said: ‘This disaster underscores how dangerous it is to cross the Channel in this way, and it also shows how vital it is that we now step up our efforts to break the business model of the gangsters who are sending people to sea in this way.’

He added: ‘The operation being conducted by our friends on the beaches, supported as you know with £54 million from the UK, the technical support we’ve been giving, hasn’t been enough.

‘Our offer is to increase our support but also to work together with our partners on the beaches concerned, on the launching grounds for these boats.

‘That’s something I hope will be acceptable now in view of what has happened because there is no doubt the gangs concerned will continue to deceive people, to put people’s lives at risk and to get away with murder.’