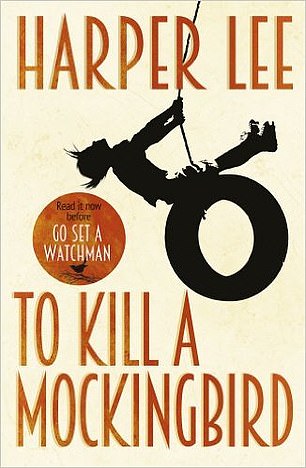 Pictured: To Kill A Mockingbird is voted the most inspirational book of all time by British readers

To Kill a Mockingbird has been hailed the most inspirational book of all time, according a new study by British readers.

Researchers polled the nation’s literature lovers to discover the books which have inspired, awed and influenced us most.

And Pulitzer Prize winner and American classic, To Kill a Mockingbird, by Harper Lee came first in the survey of Britons of all ages.

Originally banned in some schools due to its themes of racism and sexual violence, the book continues to captivate younger generations of readers and feels as relevant now as it was when first published in 1960.

The plot and characters are loosely based on Lee’s observations of her family, her neighbours and an event that occurred near her hometown of Monroeville, Alabama when she was 10.

Scout Finch and her older brother, Jem spend much of their time with their friend Dill and spying on their reclusive and mysterious neighbour, Boo Radley.

When Atticus, their widowed father and a respected lawyer, defends a black man named Tom Robinson against fabricated rape charges, the trial and tangent events expose the children to evils of racism and stereotyping. 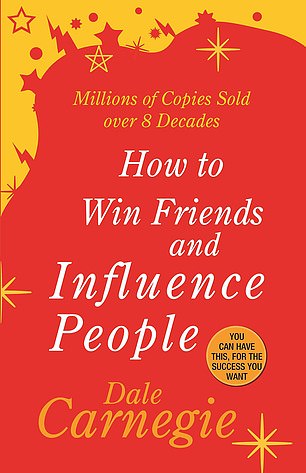 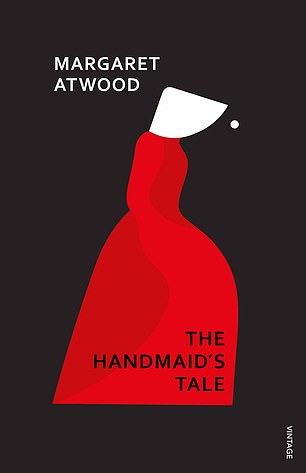 She was known to family and friends as Nelle.

Lee’s older sister Alice once described her sister as ‘Atticus in a skirt’, referring to her beloved Mockingbird character Atticus Finch, who was believed to have been inspired by their father.

After moving to New York in the spring of 1957, Lee worked on the manuscript for what would eventually be To Kill a Mockingbird for a number of years.

Meanwhile, interest in racial relations in the South had increased nationally as the U.S. Supreme Court had issued its school desegregation decisions in 1954.

When the novel was finally ready, the author opted to use the name ‘Harper Lee’, rather than risk having her first name Nelle be misidentified as ‘Nellie’.

The manuscript, according to the publishing house, arrived under the title Atticus. The title later became ‘To Kill a Mockingbird,’ referring to an old saying that it was all right to kill a blue jay but a sin to kill a mockingbird, which gives the world its music.

Published July 11, 1960, the book was an immediate bestseller and won great critical acclaim.

It remains a bestseller, with more than 30 million copies in print. In 1999, it was voted ‘Best Novel of the Century’ in a poll by the Library Journal.

The Female Eunuch, written by Germain Greer in 1970, I Know Why the Caged Bird Sings by Maya Angelou and Tinker Tailor Soldier Spy by the master of espionage John Le Carre also featured in the top 25, according to the 1,500 book lovers, surveyed by the Amazon Literary Partnership.

Of Mice and Men by John Steinbeck, The Great Gatsby by F Scott Fitzgerald and J D Salinger’s Catcher in the Rye, also made the final cut.

Dale Carnegies self-help book How to Win Friends and Influence People first published in 1936 also made the list of most influential books of all time.

So important is literature to the nation, almost a quarter (22 per cent) of those surveyed, claim they have read at least one novel that has changed their lives.

According to the survey, over a quarter of the nation (27 per cent) think they have a best selling book inside them waiting to be written, although 54 per cent admit they simply would not know where to start.

Darren Hardy from Amazon.co.uk said: ‘With such a diverse range of literature out there, it is no surprise that as a nation we feel inspired by so many different genres of books.

‘We know from working with incredible literary organisations supported by the Amazon Literary Partnership, that there is still so much untapped writing talent waiting to be discovered in the UK.’

Through programmes such as the Amazon Literary Partnership, Amazon provides grants to a whole range of literary organisations across the UK who empower writers of all ages and stages.

Now in its second year in the UK, the Amazon Literary Partnership has awarded grants to non-profit literary organisations whose mission it is to champion emerging writers and diversity in storytelling.

One in five Brits (20 per cent) reckon their writing skills have deteriorated greatly since they left school, while half say that constantly texting and using instant messaging have not helped their writing ability either.

In fact, 42 per cent admit they have become completely reliant on automatic spelling and grammar checks, while 38 percent say an increased use of social media has affected their ability to write well. 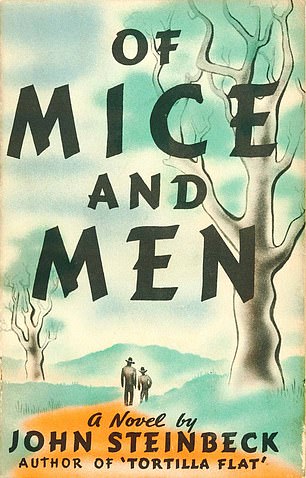 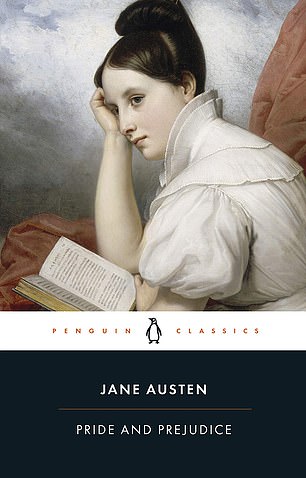 But 37 per cent believe that technology means it’s now easier and more accessible than before to write a book.

When it comes to getting creative with words, while not writing poetry or prose themselves, 37 per cent of Britons enjoy composing social media posts, almost a quarter (24 per cent) write a daily journal, and 24 per cent love writing letters to their friends and family.

THE 25 MOST INSPIRATIONAL BOOKS OF ALL TIME, ACCORDING TO LATEST SURVEY BY BRITONS

2. How to Win Friends and Influence People by Dale Carnegie – 10%

16. My Sister the Serial Killer by Oyinkan Braithwait – 3%