The two-year-old Hindu girl went missing form the family home in Aligarh district, northern India, on May 30, sparking a huge manhunt for the tot. Her decomposed body was found hurled on a rubbish heap at a dump on June 2. Local reports said she had been strangled and had her eyes removed in a disturbing act of violence.

Stray dogs had been eating her remains when her body was found.

Two men have confessed to the sickening act, police have confirmed.

Officers also said two other relatives of the men were also arrested after confessing to helping dispose of the child’s body.

The murder has now caused tensions to spike between the two prominent religions in the nation. 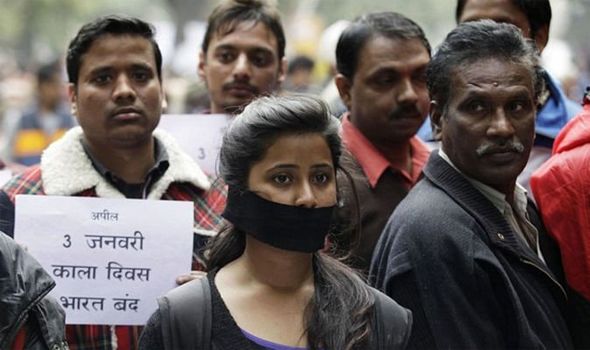 Protests have been carried out by anti-Muslim demonstrators, resulting in riot police being deployed in an attempt to keep the peace.

Groups have also tried to organise a “grand assembly”, but this was stopped by police.

A leader of the far-right Vishwa Hindu was stopped by police from visiting the little girl’s family.

Another group demanded the accused get the death penalty.

District magistrate Chandra Bhushan Singh said: “We have clamped section 144 (prohibiting unlawful assembly) and internet has been suspended in Tappal.

“Additional police forces have been deployed as a precautionary measure. The situation is normal as of now.”

The Times of India reported an innocent Muslim family unrelated to the crime were attacked in a minibus in the area on Sunday by men on motorbikes.

The family were only said to have escaped the men as they had a Hindu woman traveling with them. 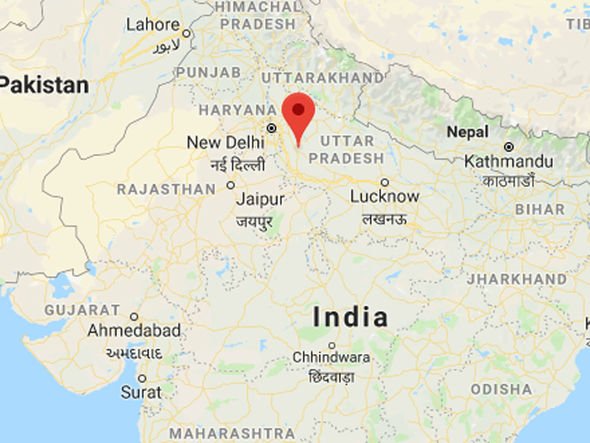 Shafi Mohammad Abbasi, one of the seven members of the Muslim family, said: “They beat me, my daughter who wore a veil and our driver.

“Pooja (the Hindu woman) stepped out and boldly confronted the attackers.”

Reports initially surfaced that the child had been raped.

Though this was dismissed by police, who said there was no evidence of sexual violence against the girl. She and her family have not been named to protect their identities.