‘It was a stupid mistake’: Tory leadership hopeful Rory Stewart admits he smoked OPIUM at a wedding in Iran as his bizarre ‘walking tour of Britain’ and video selfies see him propelled to fifth favourite with members in the leadership race

The International Development Secretary said he was wrong to accept a pipe that was being passed around at a wedding he attended in Iran while travelling 15 years ago.

He admitted smoking the narcotic – from which heroin is made – during an interview with the Daily Telegraph, saying it ‘had no effect’ on him ‘because I was walking 25-30 miles a day’.

He told the paper: ‘I was invited into the house, the opium pipe was passed around at a wedding. I thought – this is going be a very strange afternoon to walk – but it may be that the family was so poor they put very little opium in the pipe.’

Speaking to Sky News today the 46-year-old Remainer MP said he ‘went on in Iran to see the damage that opium was doing to communities’.

He said: ‘I’ve seen it as a prisons minister – it is something that was very wrong.

‘I made a stupid mistake. I was at a wedding in a large community meeting.

‘Somebody passed this pipe around the room and I smoked it.

‘I shouldn’t have done it, I was wrong.’ 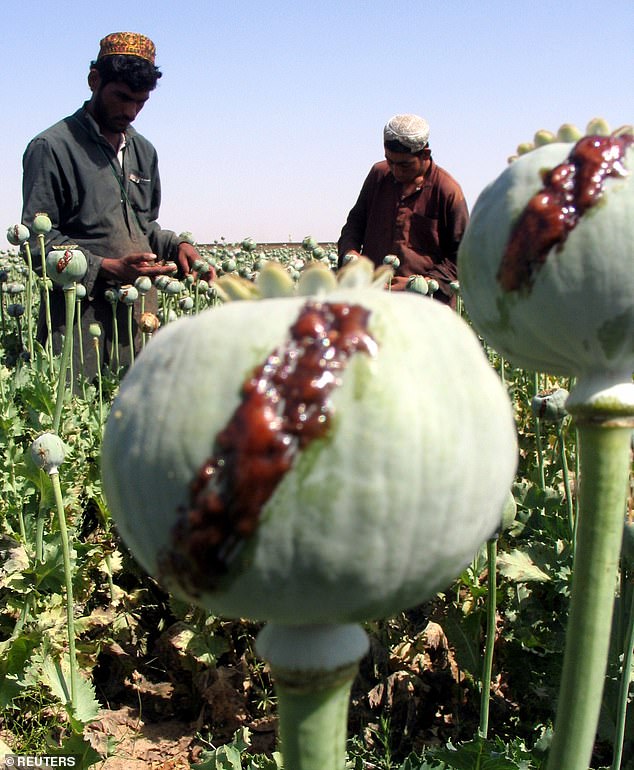 Opium comes from several species of poppy, with the main growth areas in Afghanistan and the Golden Triangle in south East Asia

Opium comes from several species of poppy, with the main growth areas in Afghanistan and the Golden Triangle in south East Asia.

Mr Stewart, the MP for Penrith and the Borders in Cumbria, has leapt from relative obscurity to become one of the early high profile candidates to replace Theresa May as Tory leader.

He has conducted a social media-heavy campaign during his #RoryWalks tour of various parts of the UK, including east London, Warrington and Wigan, to talk to normal people.

The former diplomat, who worked for the Foreign Office in Iraq and Afghanistan, has used his language skills,  posting videos of him speaking in languages including Dari, an Afghan dialect of Farsi.

He has also taken a host of ‘selfies’ – but admitted he faked holding the camera.

As a Remainer he is unlikely to win a race with 11 confirmed runners so far.

He ranked fifth among members in a poll of Conservative members by the Con Home website. But on 6.14 per cen the was well behind favorite Boris Johnson who the choice of a third (33 per cent) of the membership.

He attracted controversy last week when he ruled out serving under Mr Johnson if he decided to go for a No Deal Brexit.