Trevor Noah has come under fire for posting a video of Florida being destroyed by the Death Star after the state voted for Donald Trump in the presidential election.

His Daily Show’s Twitter account posted an edited clip of the Star Wars space station blowing up the state and captioned it: ‘Do we have this technology yet?’

The post split public opinion, with some attacking the comedian while others found it funny. 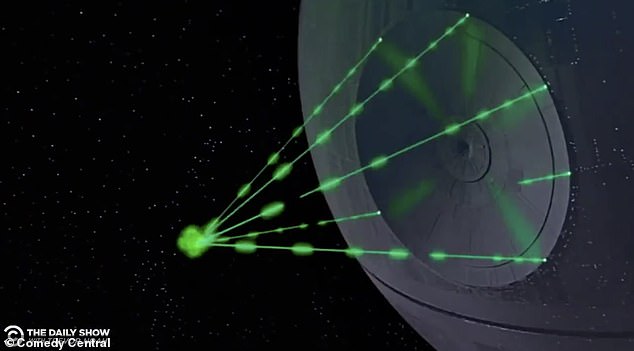 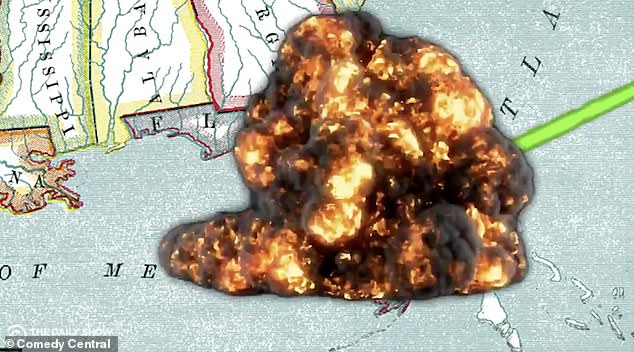 The post immediately attracted criticism on social media, though the comedian did not take it down

One Twitter user replied to the South African: ‘Because mass murder is funny if it’s other people.’

Another said: ‘Poor choice while we sit and ponder our future. Showing Florida being blown up lands right up there with Trump’s stunts Trevor.’

One more put: ‘That’s puny compared to the arsenal Florida’s packing. You’re talking about a people that can survive Cat-5 Hurricanes! Those are multiple times more powerful than atomic bombs.’ 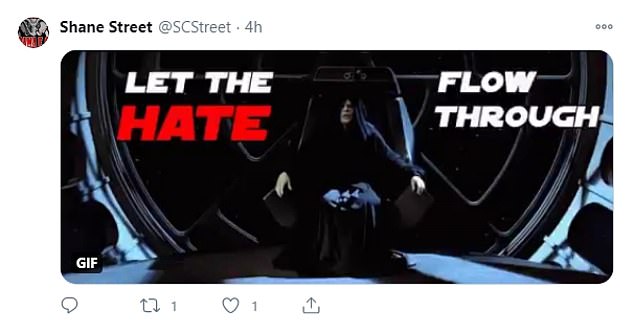 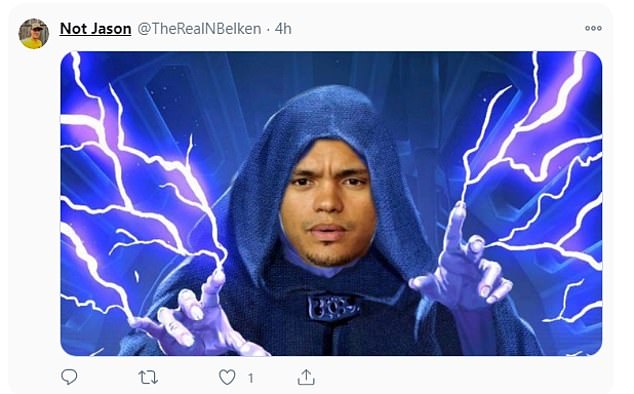 Trump snatched the biggest electoral prizes of the night in the closing minutes of Tuesday as he took Ohio and Fox News declared him the winner in Florida and Texas.

Keeping them suggested polls had underestimated Trump’s support in the key battlegrounds – with some giving Biden double-digit leads with days to go, only for it to evaporate.

Biden also eyed Florida as a prime electoral prize, but it was only a part of several electoral vote scenarios his team prepared to execute.

Noah was one of several Democrat-supporting celebrities to express their dismay at Trump’s better than expected performance.

Model Chrissy Teigen posted a video on Instagram of herself watching the election while ‘stress cooking’ and took to Twitter to decry the effect of the President winning the election.

She wrote: ‘It’s insane what *our* fears are if we lose, compared to their fears if Biden wins. like we will prob all die or be handmaids and they’re worried about bathroom safety.’ 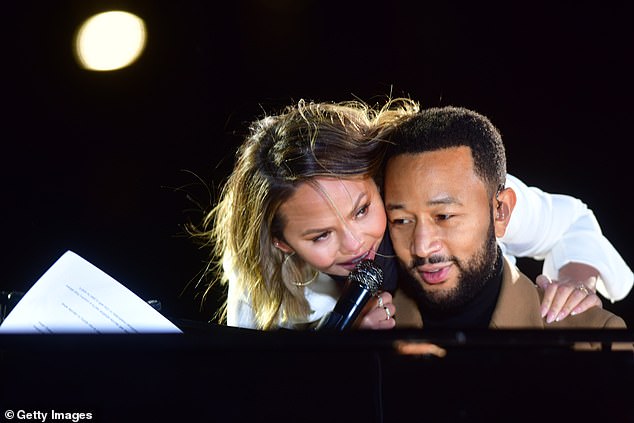 Teigen joined singer husband John Legend on stage during a political rally in Philadelphia, Pennsylvania on the night before the election (pictured)

The president has faced fierce opposition from celebrities in the run up to the election.

Teigen has gotten into tangles with the president on Twitter on multiple occasions.

Teigen joined singer husband John Legend on stage during a political rally in Philadelphia, Pennsylvania on the night before the election.

Legend took the opportunity to take aim at rappers who’ve chosen to endorse Donald Trump, such as Ice Cube and Lil Wayne.

‘Some people see the meanness, the bullying, the selfishness of Donald Trump and they mistake it for strength, a kind of twisted masculinity,’ the father-of-two said.

‘Some people see his greed and they mistake it for being good at business. Some of your, former, favorite rappers have been taken in by these lies,’ he continued.

‘I think they’ve even founded a new super group. It’s called the Sunken Place’, he added.

‘But Trump’s Platinum Plan for Black folks is nothing but fool’s gold!’

Legend was one of the featured speakers and performers at the Joe Biden rally in Philadelphia on Monday night, in an effort to generate more support for the Democratic nominee in Pennsylvania – a major swing state.

Lady Gaga also showed her support for Joe Biden, appearing in a controversial video dressed as a ‘redneck’.

In it, she urged people to back the Democrat candidate but came under fire for holding a can of beer and rocking a camouflage get-up in an apparent mocking of Trump supporters.