Zeta is the 27th named storm of the Atlantic Hurricane season, following on the heels of several disastrous storms and one of the most active hurricane seasons witnessed for years. Zeta, if it continues to strengthen, could bring storm surge, rainfall and heavy winds to areas like Louisiana, Florida and Mexico.

If Zeta does make landfall in Louisiana, it will be the 5th storm this season to do so.

The previous landfalls were Cristobal, Laura, Marco, and Delta.

Louisiana is still recovering from the effects of Hurricane Laura, which made landfall as a Category 4 hurricane in August, killing 77 people.

Currently, Zeta is around 300 miles south of Cozumel and is approaching Yucatan state in Mexico, expected to arrive by late Monday morning US time. 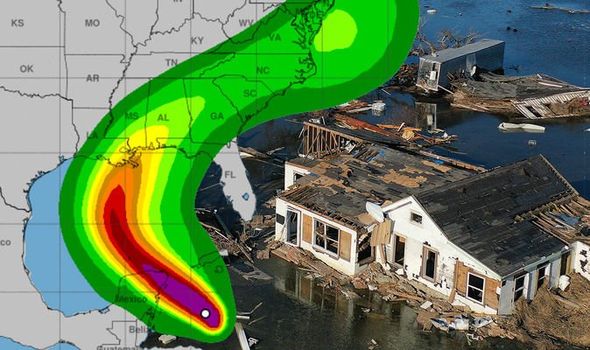 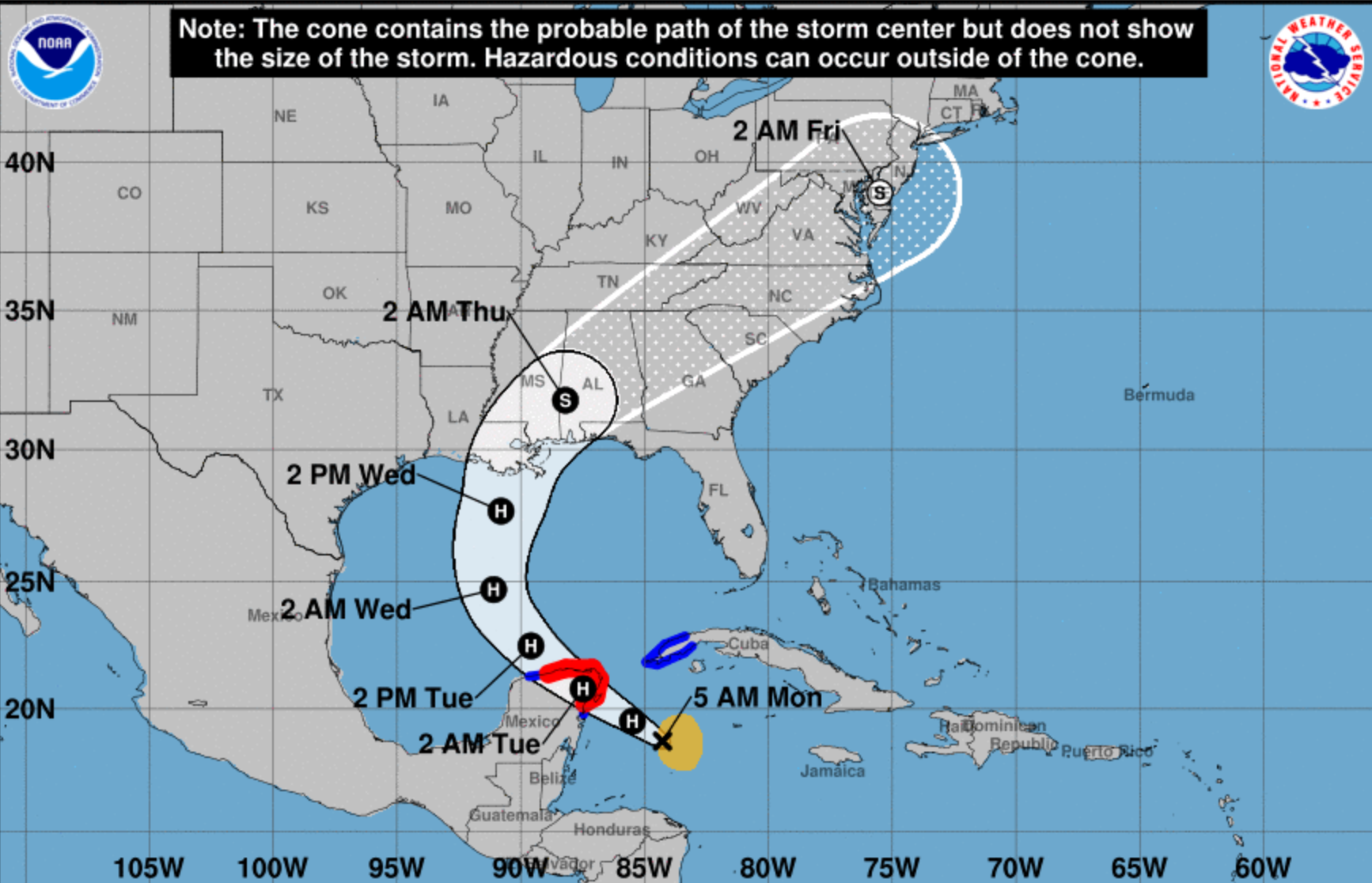 Storm surge could raise water levels by as much as one to three feet above normal levels – prompting a storm warning.

A Tropical Storm Warning is in effect for Pinar del Rio, Cuba, as well as from Tulum to Rio Lagartos and Cozumel, Mexico.

Meanwhile, if Zeta continues its trajectory, it is forecast to strengthen into a hurricane by Tuesday morning, in time for potentially making landfall in Louisiana.

Forecasters have said intensification is likely because the system is located over the warmest pool of water in the hemisphere, and upper-level winds are becoming more favourable for development. 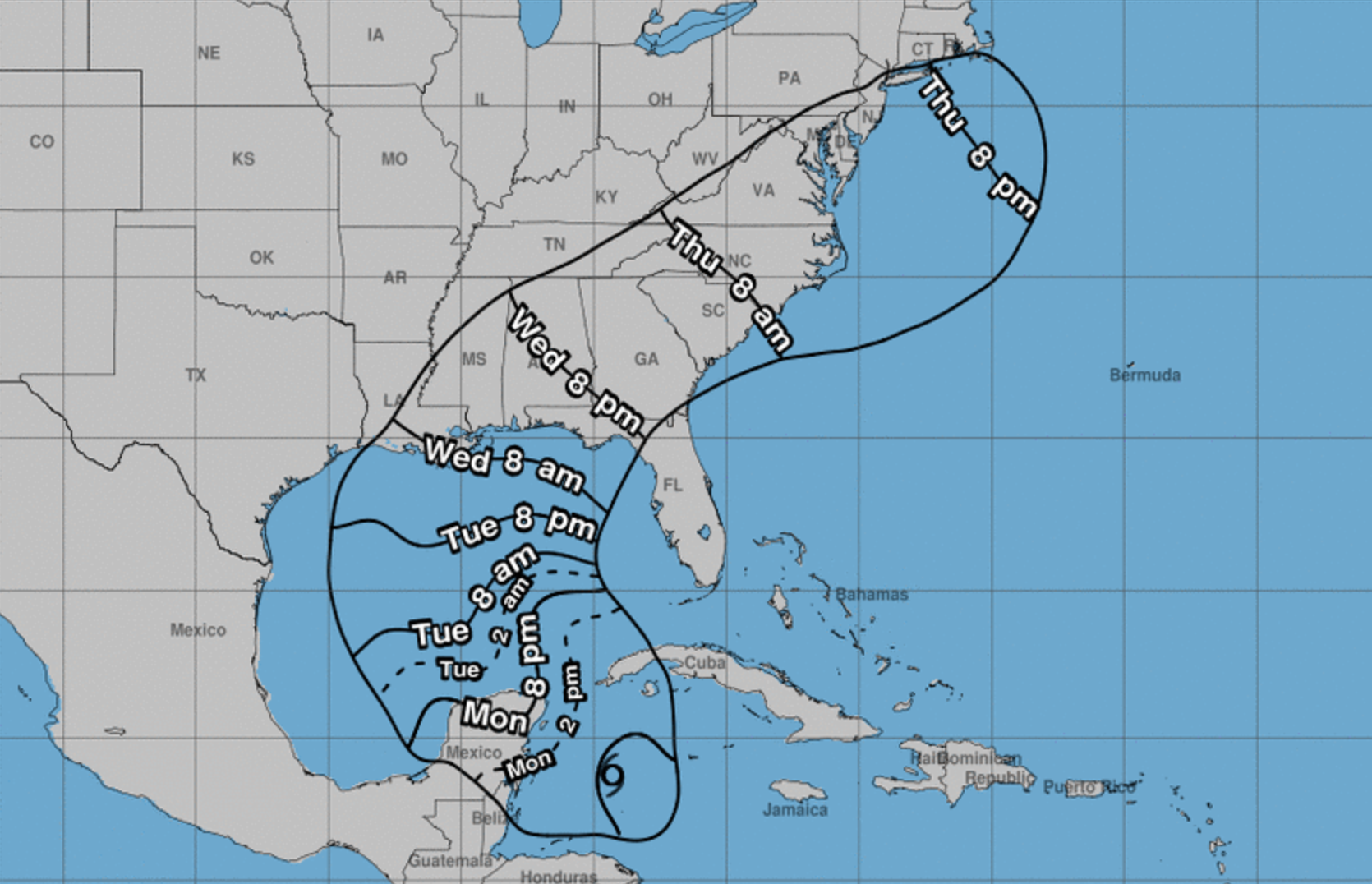 The National Hurricane Center said on Sunday: ”While the current NHC forecast indicates that the system should weaken below hurricane strength before landfall, users are reminded that strong tropical storms can still produce significant storm surge, rainfall, and wind impacts along the northern Gulf Coast”

This year’s Atlantic hurricane season is one of the most active on record, meteorologists said.

So far, there have been 27 named storms, of which 10 were hurricanes.

The total is near the record set in 2005 when 28 storms grew strong enough to have names.

Of these, 14 were hurricanes, according to the National Oceanic and Atmospheric Administration.

This year’s season has had so many storms the NHC has turned to the Greek alphabet after running out of official names.

Zeta is the furthest the Greek alphabet has ever gone in an Atlantic season.

Hurricanes are the most powerful weather systems on Earth – during its life cycle, one hurricane can release as much energy as 10,000 nuclear bombs. 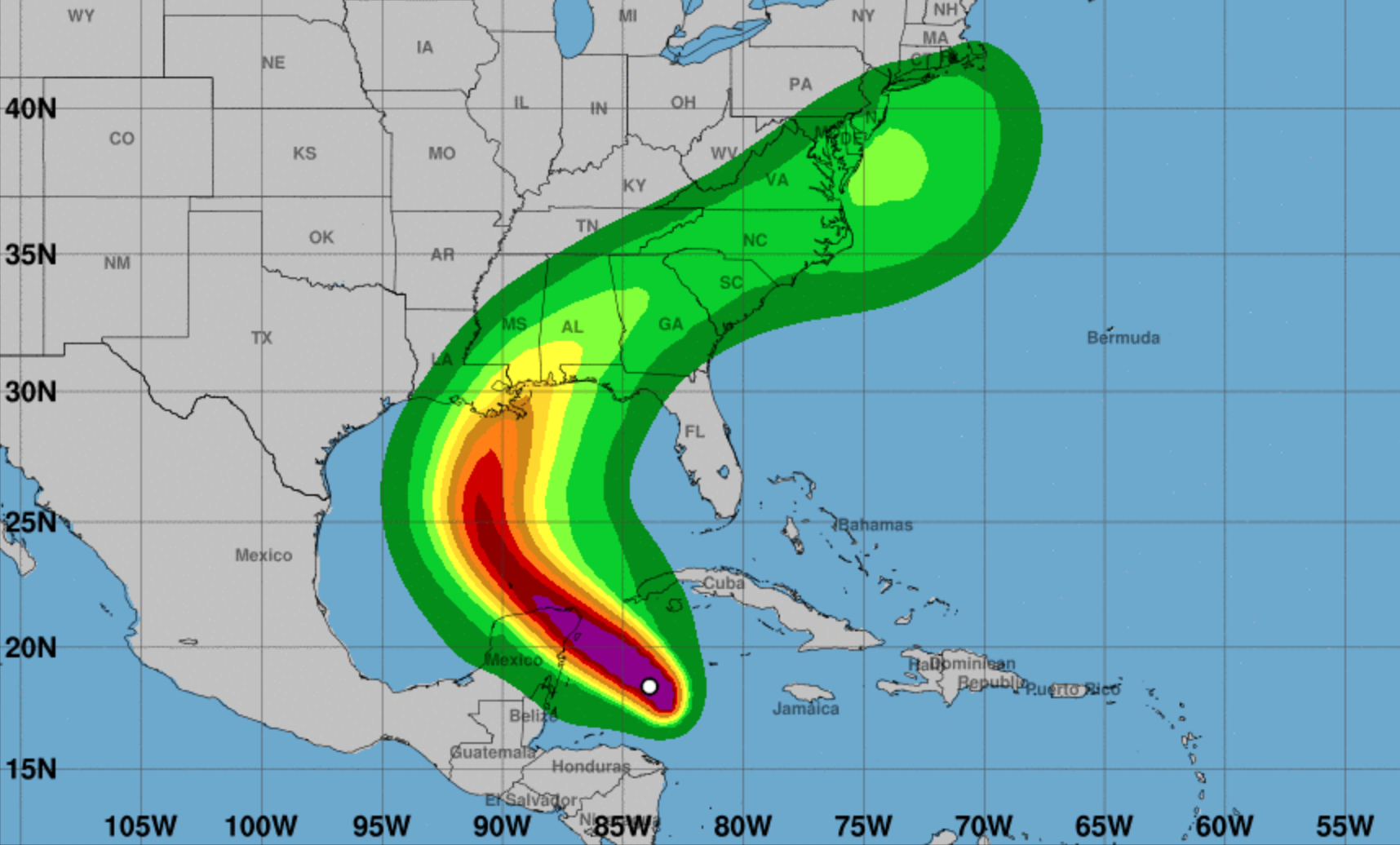 This year, forecasters from the NOAA predicted that anywhere from 13 to 19 major storms will occur by the end of the season – a prediction that has been blown well out of the water.

Hurricane season lasts from June 1 until the end of November.