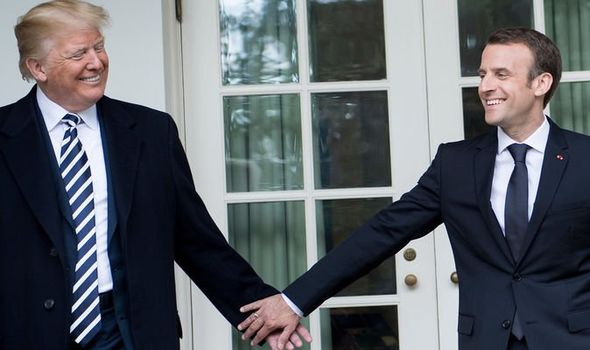 It was a symbolic gift – the tree came from Belleau Wood, a forest in northern France where nearly 2,000 US Marines died in a World War One battle. The tree, however, was dug up not long after it was planted and put into quarantine amid fears parasites on the tree could spread to others on the White House property, and where it has since died, a diplomatic source confirmed on Saturday. Images showed a yellow patch of grass in the spot where the tree had been planted. The then French ambassador to Washington Gérard Araud said it would be replanted later, saying: “It is a quarantine which is mandatory for any living organism imported into the US.” 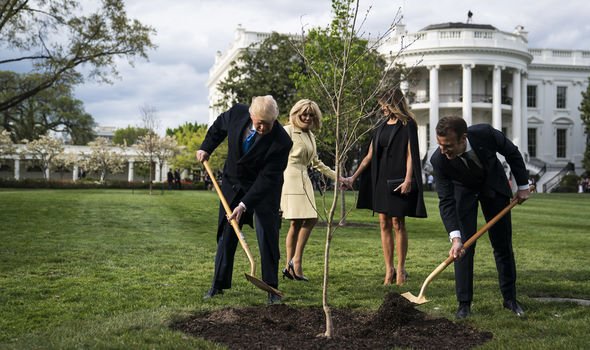 A French official told reporters at the time planting the tree on the day of Mr Macron’s US visit had been a “special favour from Mr Trump to France”.

But relations between the two men have since deteriorated over issues ranging from the Iran nuclear accord to climate change and trade, with the gap between their visions of the world order turning into a chasm.

Mr Trump’s trip to Paris in November last year for the 100-year anniversary of the end of World War One, for example, ended in a Twitter storm triggered by the US president’s wounded ego.

During a ceremony at the Arc de Triomphe, Mr Macron delivered a cutting speech that included an open condemnation of Trump-style nationalism, saying that “nationalism is a betrayal of patriotism” and slamming protectionist governments that say “their interests come first and others don’t matter”.

Mr Trump was inflamed by the remarks, mocking days later Mr Macron’s “very low approval ratings” and saying that the French “were starting to learn German in Paris before the US came along” in the first world war. 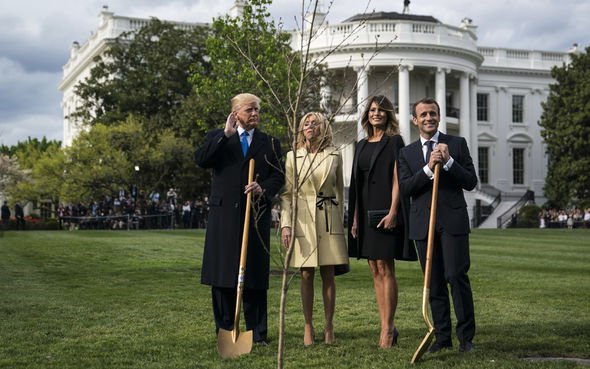 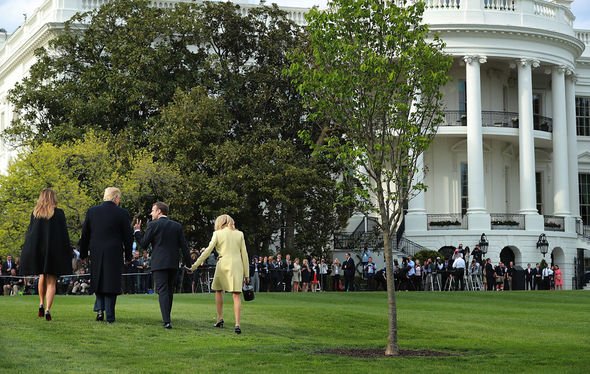 Mr Trump’s former political strategist Steve Bannon said in a recent interview: “Mr Macron is not shy about saying the problem in the world is the populist nationalist movement.”

The French centrist is “always looking to take a shot at the nationalists and I think sometimes he’s done it in inappropriate situations”, Mr Bannon added.

The two men put their differences aside last week as they met in the northern French town of Normandy to mark the 75th anniversary of the D-Day landings in World War Two.

Admitting that their ‘bromance’ had cooled over the past year, Mr Trump said that his relationship with Mr Macron was once again “outstanding”.

Mr Trump told reporters ahead of a working lunch with Mr Macron: “It’s been good sometimes and sometimes it hasn’t been, but right now it’s outstanding.

“So the relationship that we’ve had together has been really terrific and I appreciate it very much… We’ve had great success working together too.”