DONALD Trump could keep battling his defeat for months until Joe Biden is sworn into office if he loses the 2020 presidential election.

A new president will be sworn into office on January 20th at noon despite Trump's election fraud claims. 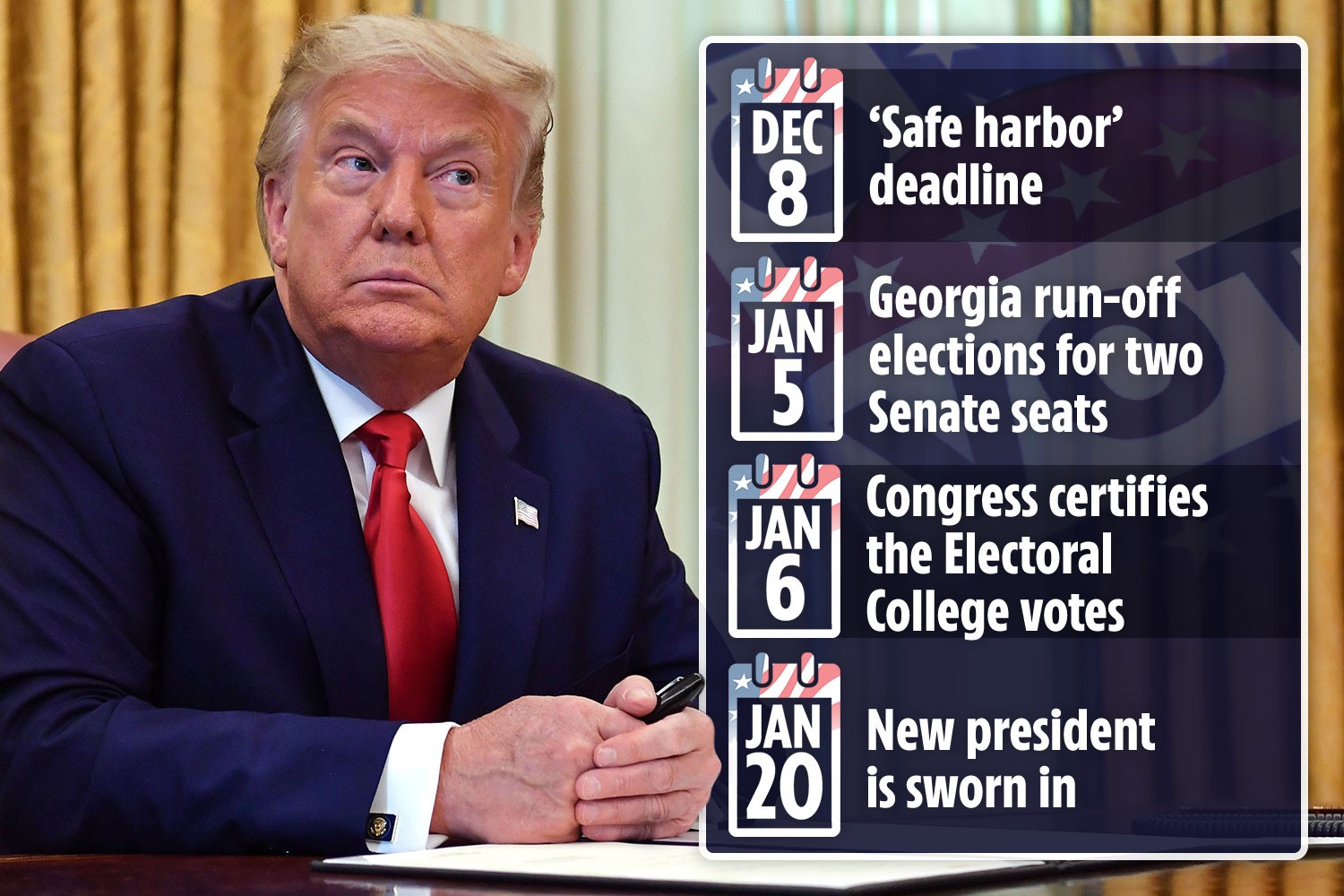 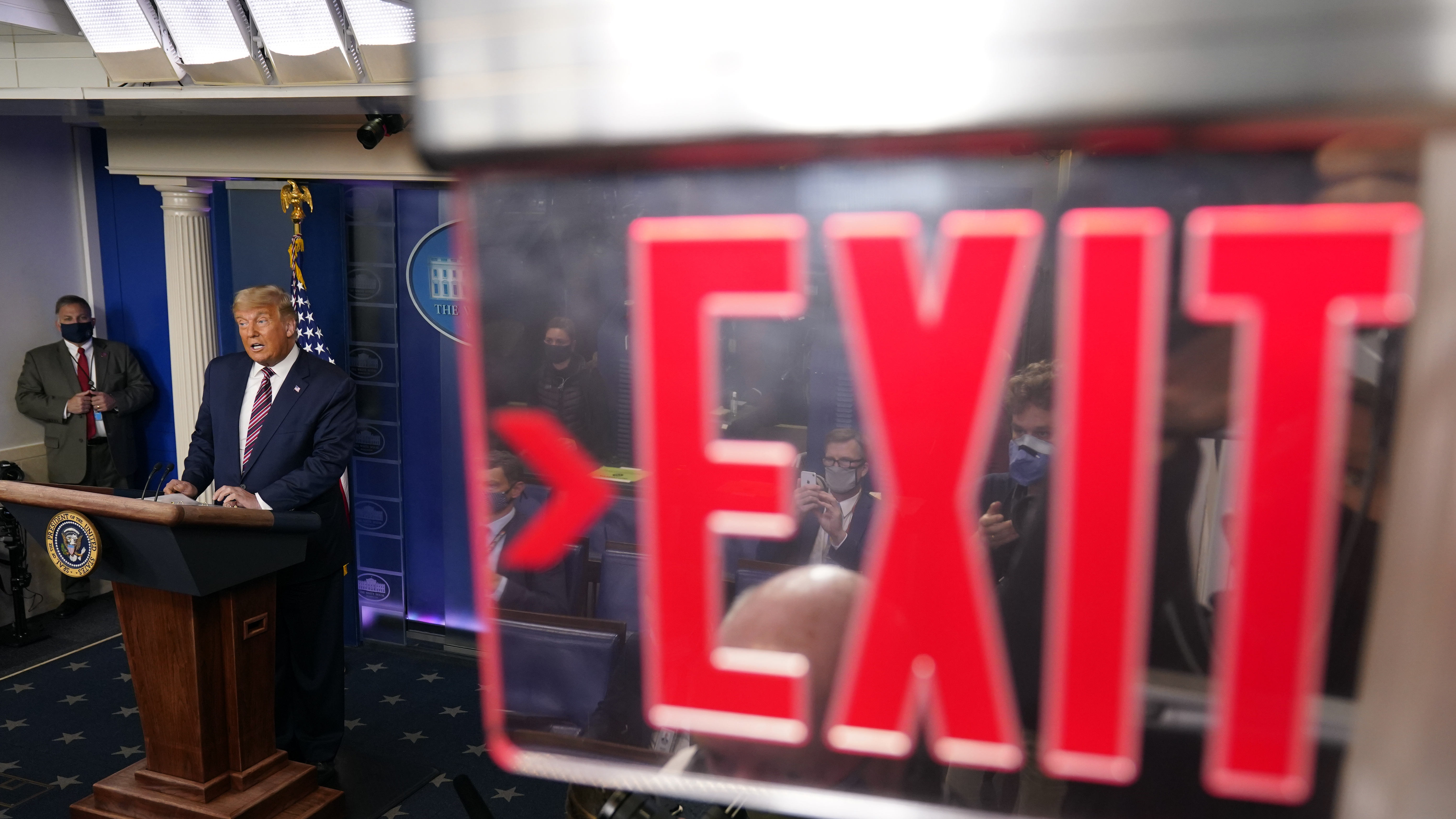 The US President claimed this week he “easily won” the “fraudulent" election if only “legal votes” had been counted.

However, former vice president Biden is on the cusp of being declared the president-elect after a tight election across several battleground states.

Although widespread controversy has surrounded the presidential election, a specific calendar of events remains in effect.

On November 23, the swing states election results will be verified.

On December 14, Electoral college delegations will vote by paper ballot – for president and vice president.

As 2021 makes way, two Georgia Senate seats will be chosen on January 5 – ultimately deciding which party will control the Senate in the case Biden becomes president. 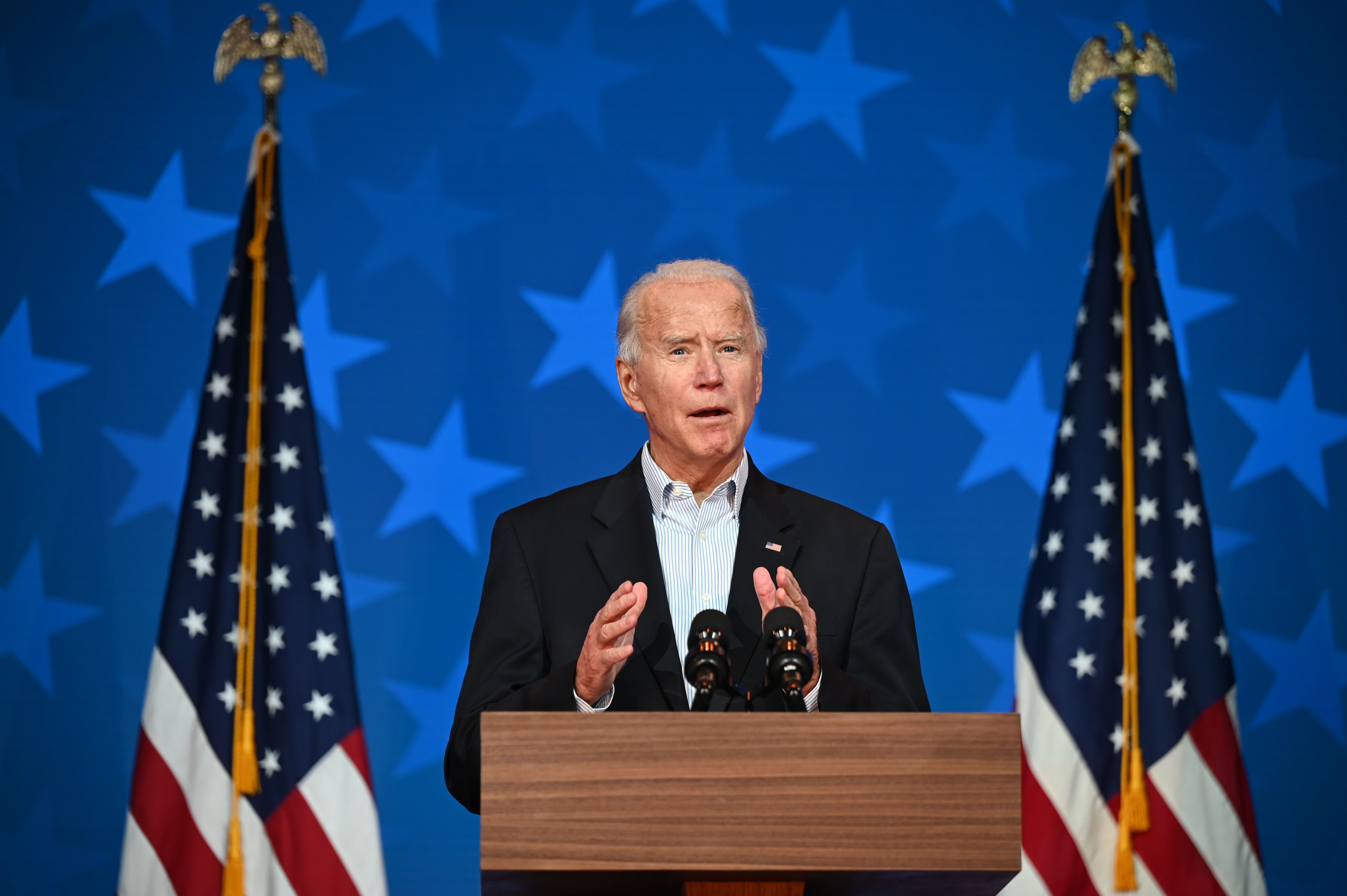 One day later, on January 6, Congress will assemble at the Capital to count electoral votes and proclaim the election results.

Nearly three months after the November 3 election, the president and vice president will be inaugurated on January 20.

The date for presidential inaugurations has been held on the same date since 1937 – as The Twentieth Amendment states.

As Inauguration Day is approximately 75 days away, 77-year-old Biden is reportedly drafting up his victory speech with his team, according to reports.

Biden took the lead in Georgia and Pennsylvania on Friday as counting mail-in ballots has come down to the wire.

If Biden wins the crucial 20 electoral votes from Pennsylvania it be enough for to carry him over the 270 needed to secure the keys to the White House.

Meanwhile, Trump tweeted: "I WON THIS ELECTION, BY A LOT!" on Saturday morning.

In response to Trump insisting he has won, Biden's campaign team said: "American people will decide this election."

"And the United States government is perfectly capable of escorting trespassers out of the White House,” Andrew Bates said.

The president has also maintained his combative rhetoric in a series of angry tweets. 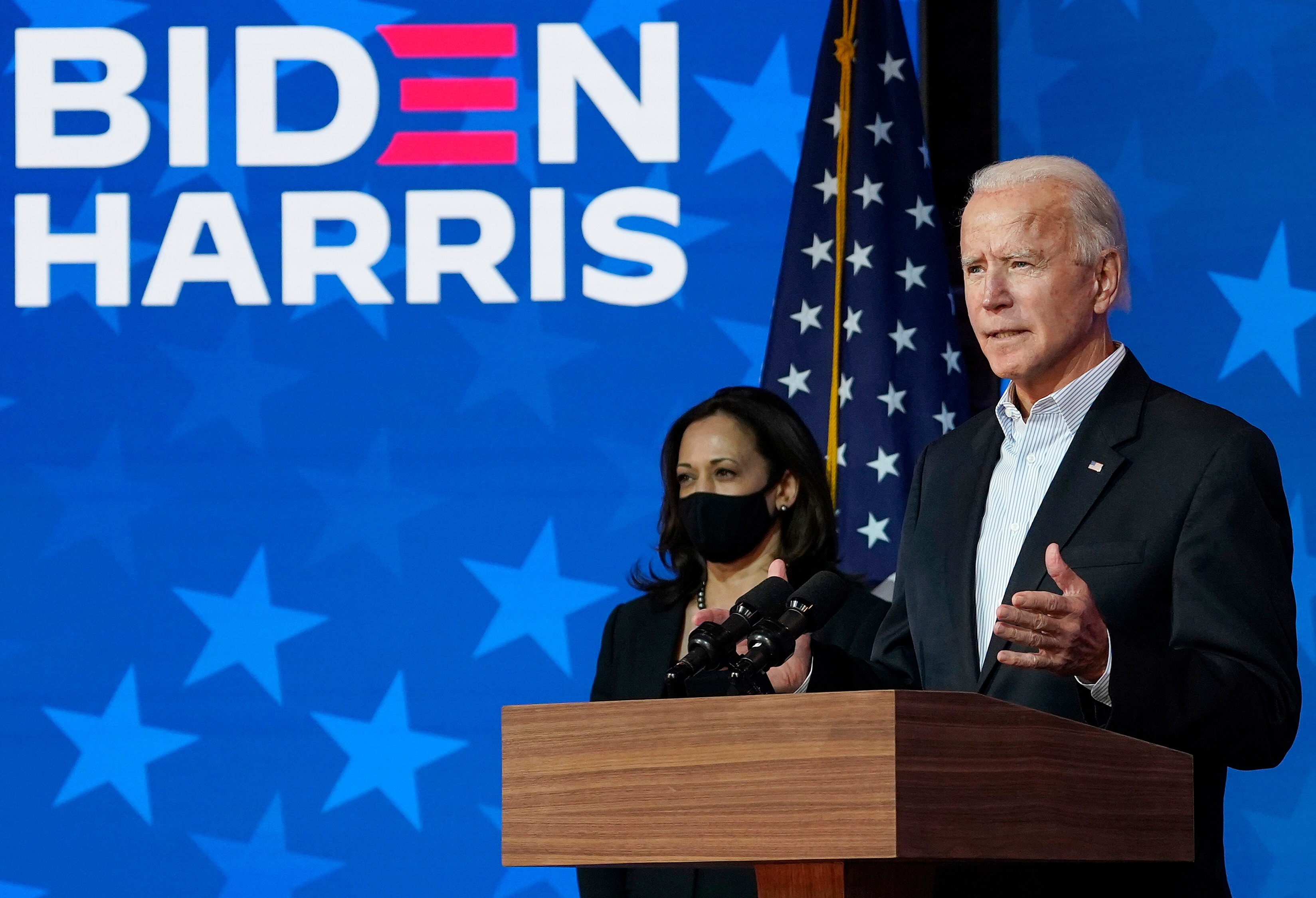 In an earlier tweet on Saturday morning: "Tens of thousands of votes were illegally received after 8 P.M. on Tuesday, Election Day, totally and easily changing the results in Pennsylvania and certain other razor thin states.

"As a separate matter, hundreds of thousands of Votes were illegally not allowed to be OBSERVED…

"..This would ALSO change the Election result in numerous States, including Pennsylvania, which everyone thought was easily won on Election Night, only to see a massive lead disappear, without anyone being allowed to OBSERVE, for long intervals of time, what the happened…"

He then claimed that vote counts were blocked by "tractors" despite the centers reportedly having independent observers inside during the process.

One attorney said: "We're going to play until the whistle blows."

Another source said of Trump: "He's in fighting mode. He thinks it's in his benefit to fight."

His campaign said yesterday morning that they will refuse to concede the election, calling projections of a Biden win "false" and the race "far from final."

Trump campaign chief Matt Morgan said: "This election is not over."