MEXICO CITY (Reuters) – U.S. President Donald Trump brandished a document on Tuesday confirming details of a regional asylum project agreed with Mexico to stave off threatened tariffs, saying the plan was “secret” even though Mexican officials had revealed much of it. 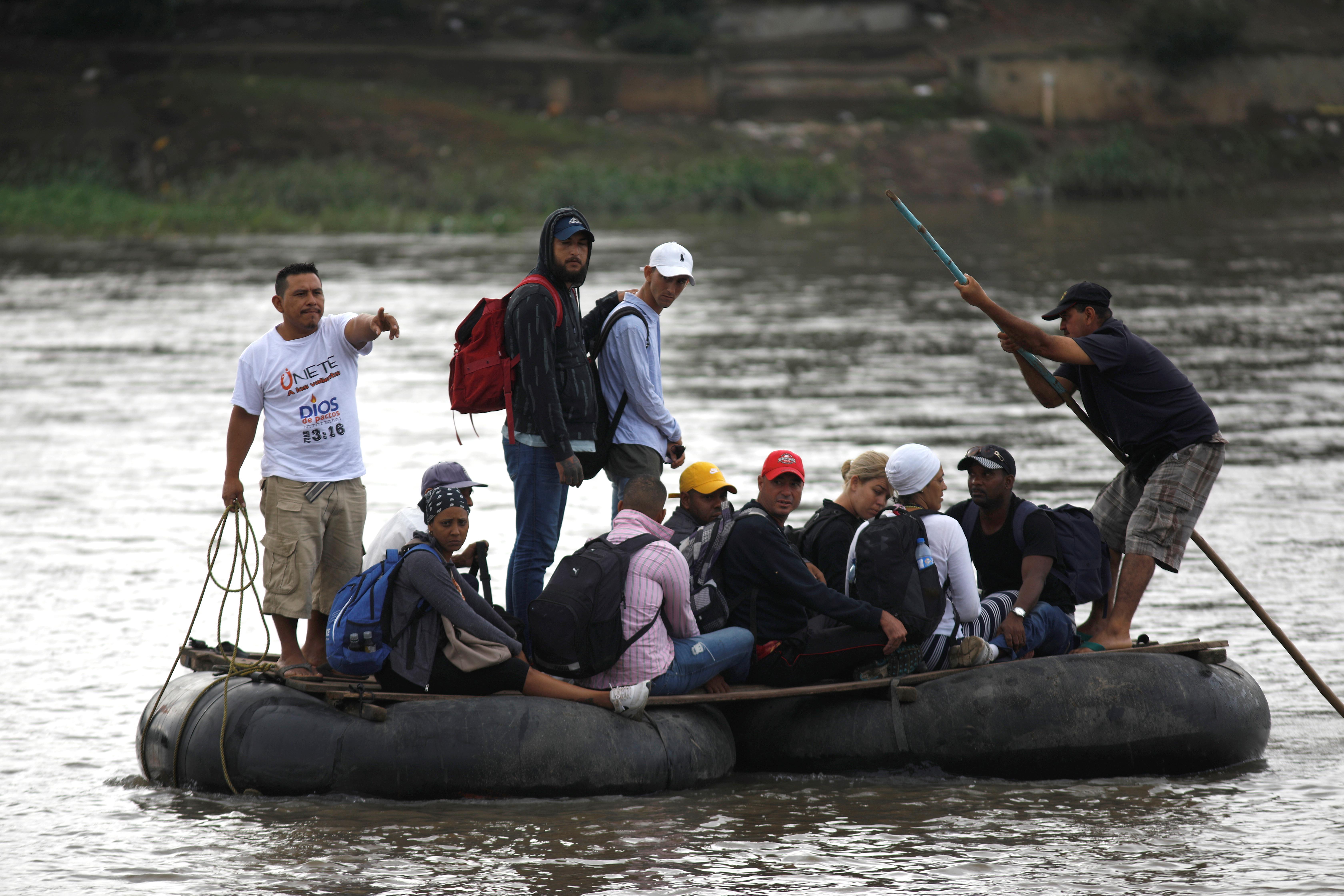 Trump, who has made tightening immigration a cornerstone issue and has blamed Mexico since running for office in 2016, did not show the text of any document or give any details, but a Reuters photograph of the sheet of paper allowed reporters to read parts of it.

Under duress because of Trump’s threat to impose tariffs unless Mexico acted to stem the surge in migrants that has overwhelmed U.S. detention facilities and its immigration court system, Mexico signed a pact last week agreeing to control the flow of people from Central America, including deploying 6,000 members of a new national guard along its border with Guatemala.

Mexico’s foreign minister, Marcelo Ebrard, has admitted that Mexico also agreed to a 45-day timeline to show increased enforcement efforts were effective in reducing flows of migrants. If not, Mexico agrees to consider a long-standing U.S. demand that Central American asylum seekers crossing through Mexico apply for refuge there, not the United States, Ebrard said on Monday, dropping his previous opposition to that idea.

However, he said other Latin American countries should share the burden, something that the United States appeared to have agreed to.

The document that Trump waved at reporters laid out “a regional approach to burden-sharing in relation to the processing of refugee status claims to migrants”; talked of “45 days”; and said Mexico had committed to immediately examine its laws and rules to enable it to implement such an agreement.

Ebrard said this week that Mexico’s Senate would need to be consulted about any such changes.

Asylum is at the core of Trump’s concerns about a surge in undocumented immigration because a large proportion of the people apprehended at the U.S.-Mexican border say they are fleeing violence and repression. Since many travel with children – who cannot be held in detention longterm – they are released into the United States to await the resolution of their asylum cases, something the president calls “ catch and release.”

Expressions by migrants of a fear of returning to their home countries triggers a U.S. immigration court process, which can take months or years to resolve due to backlogs in the system. In January, the Trump administration began sending thousands of migrants back to Mexico to wait there instead.

The vast majority of undocumented migrants arriving in the United States are from Central America, but significant numbers have also been arriving in recent months from Cuban and Haiti, via Panama, and from African countries, often via Brazil.

“We also reached an agreement with Guatemala to reform our laws to essentially say that if people are looking for asylum they ought to be willing to apply for asylum in the first safe country in which they arrive. We’ll only move on to that if it’s necessary,” Pence told the Fox News Channel’s “Special Report with Bret Baier” on Monday.

Revealing more details of Mexico’s strategy for rapidly putting the brakes on immigration, Ebrard said on Tuesday that border infrastructure on its southern frontier would be improved significantly. To meet its commitments to Washington, Mexican migration facilities in the south need to be revamped, he said.

“You go to the south and the first thing you ask yourself is ‘Right, where’s the border?’ There’s nothing. The idea is to make the south like the north as far as possible,” he said. 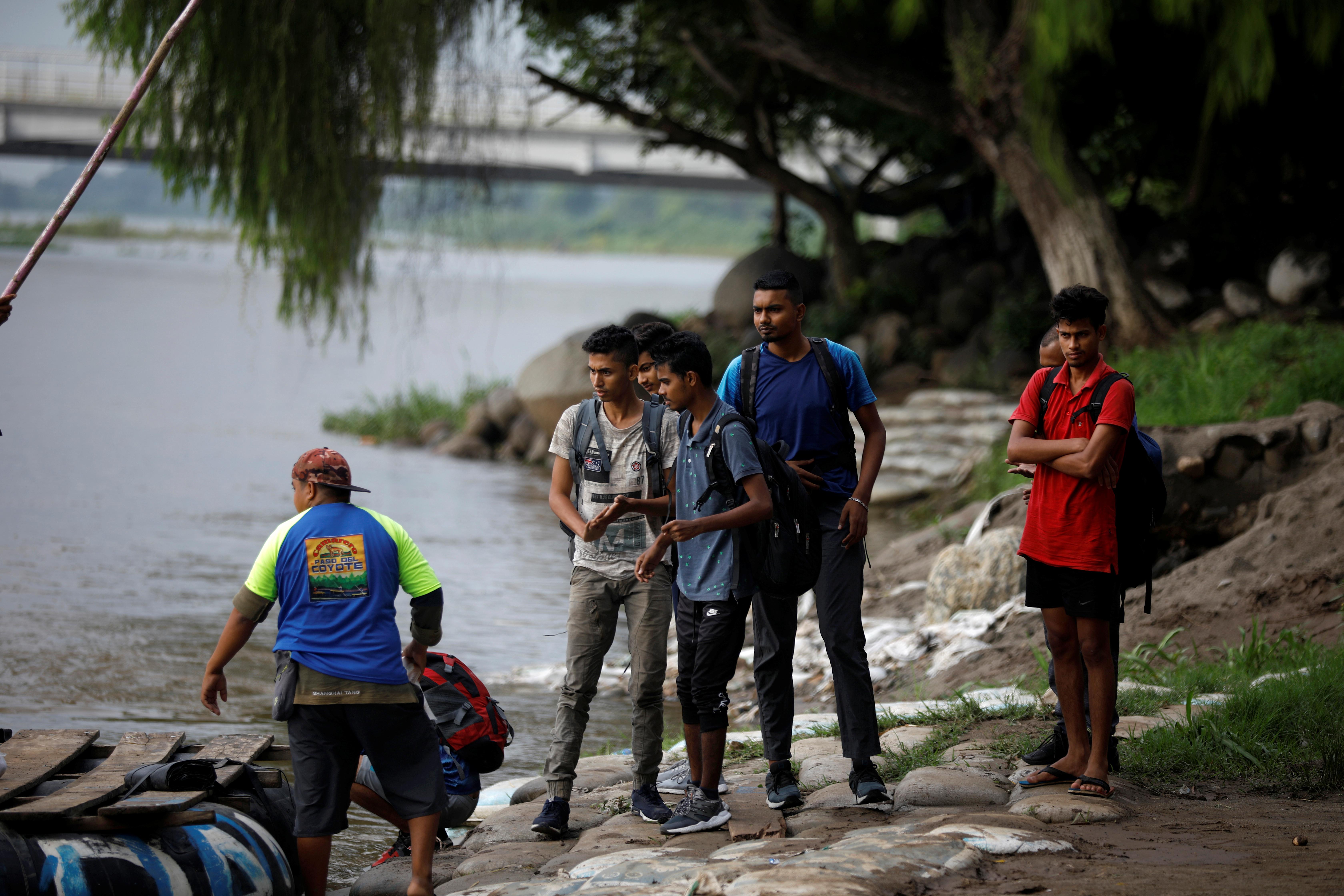 Over the weekend there was no sign that Mexico had started to harden the border, with migrants and locals crossing a river on rafts in sight of a busy official port of entry.

Taking questions alongside President Andres Manuel Lopez Obrador at a news conference, Ebrard said Mexico was accelerating deployment of its National Guard, a militarized police force, along the border with Guatemala and that migrants entering Mexico would have to register with authorities.