PRESIDENT Donald Trump has credited McDonald’s french fries as the reason for not going bald in his lifetime.

Trump responded on Wednesday to a 2018 study in which scientists in Japan found that a certain chemical in the famous fries could be a cure for baldness. 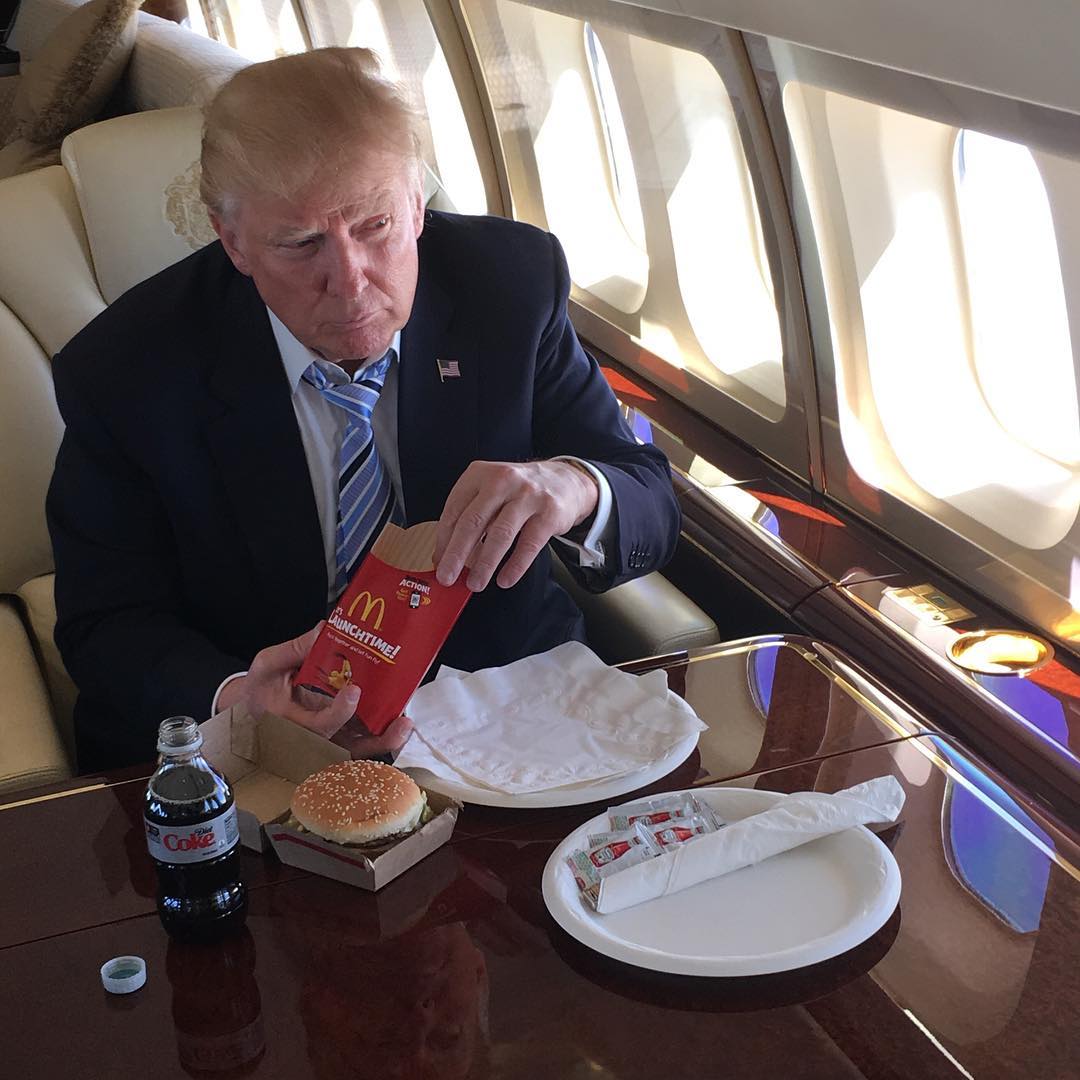 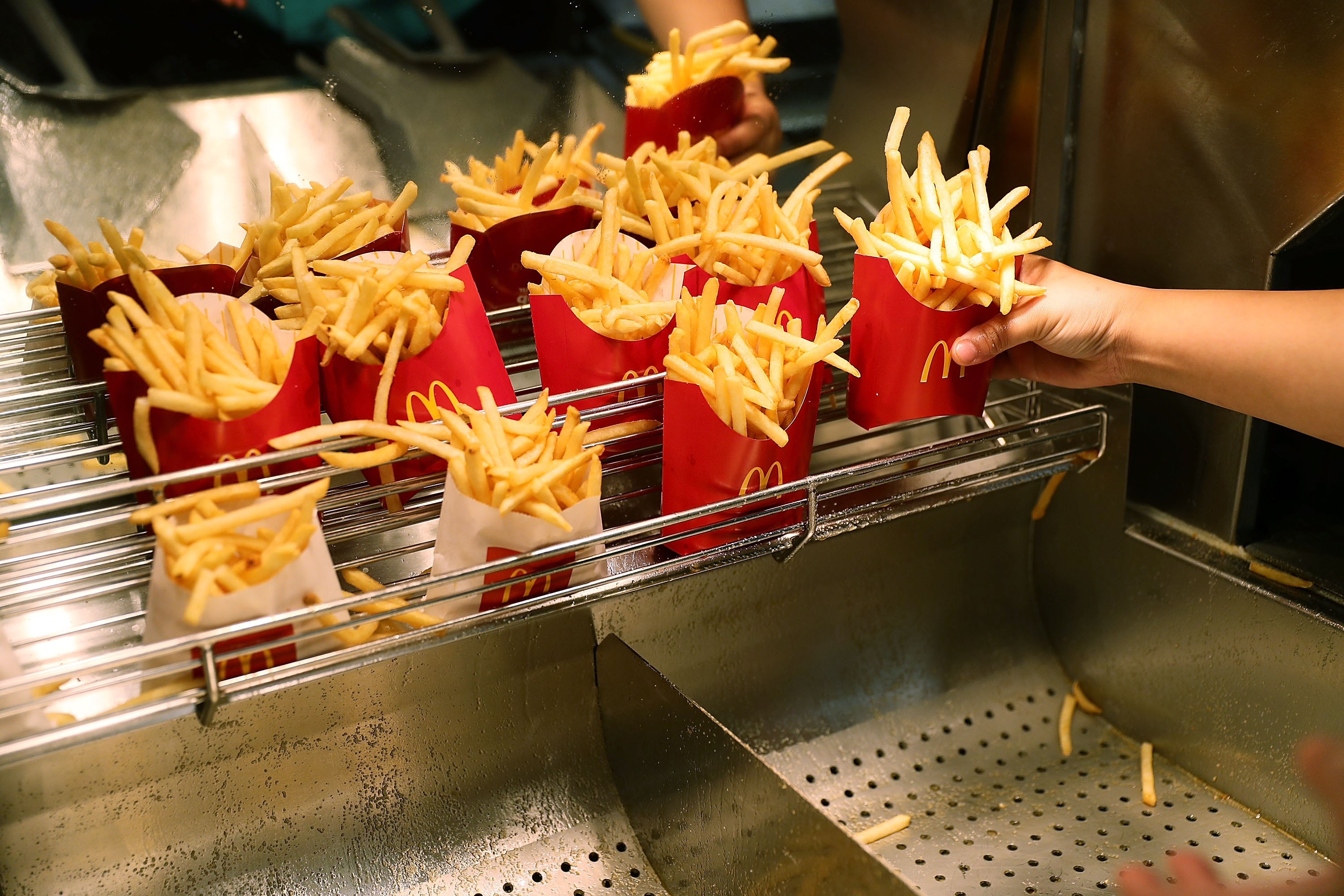 “No wonder I didn’t lose my hair!” the president tweeted in response to an older tweet from former President George W Bush’s press secretary, Ari Fleischer.

Fleischer is a bald man who joked the apparent chemical in the fries “doesn’t work.”

Per the study, scientists said the chemical in question is added to McDonald’s french fries to stop the cooking oil from frothing.

Researchers said when they tested the chemical on mice, the critters regrew hair.

Trump is an avid lover of fast food – especially McDonalds.

According to Michael Wolff’s 2018 book Fire and Fury: Inside the Trump White House, Trump prefers to eat fast food because he’s scared of being poisoned. 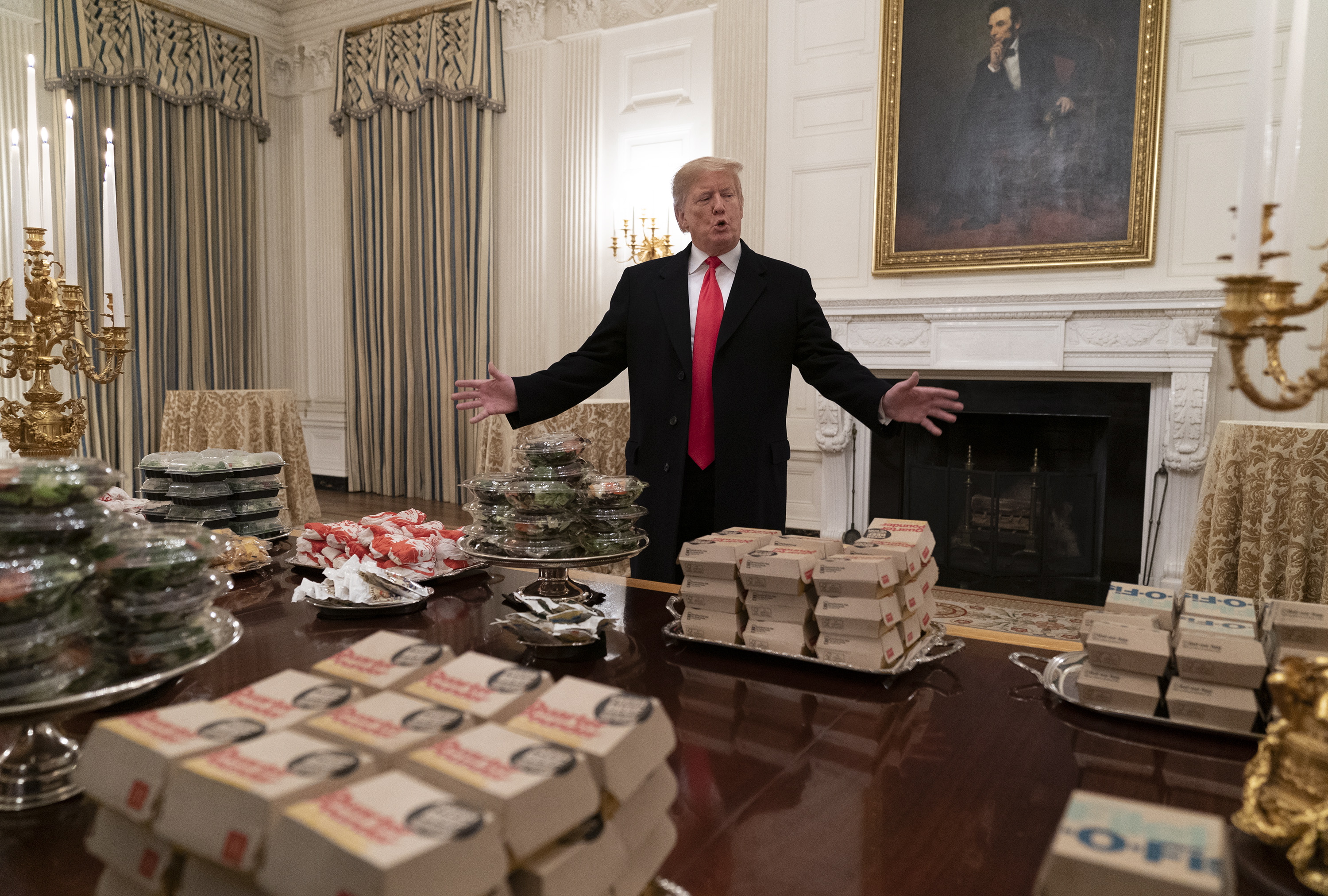 “He had a longtime fear of being poisoned, one reason why he liked to eat at McDonald’s – nobody knew he was coming and the food was safely premade,” Wolff wrote.

In January 2019, shortly after the Clemson Tigers football team won the national college championship, Trump welcomed them at the White House with a massive fast-food feast. 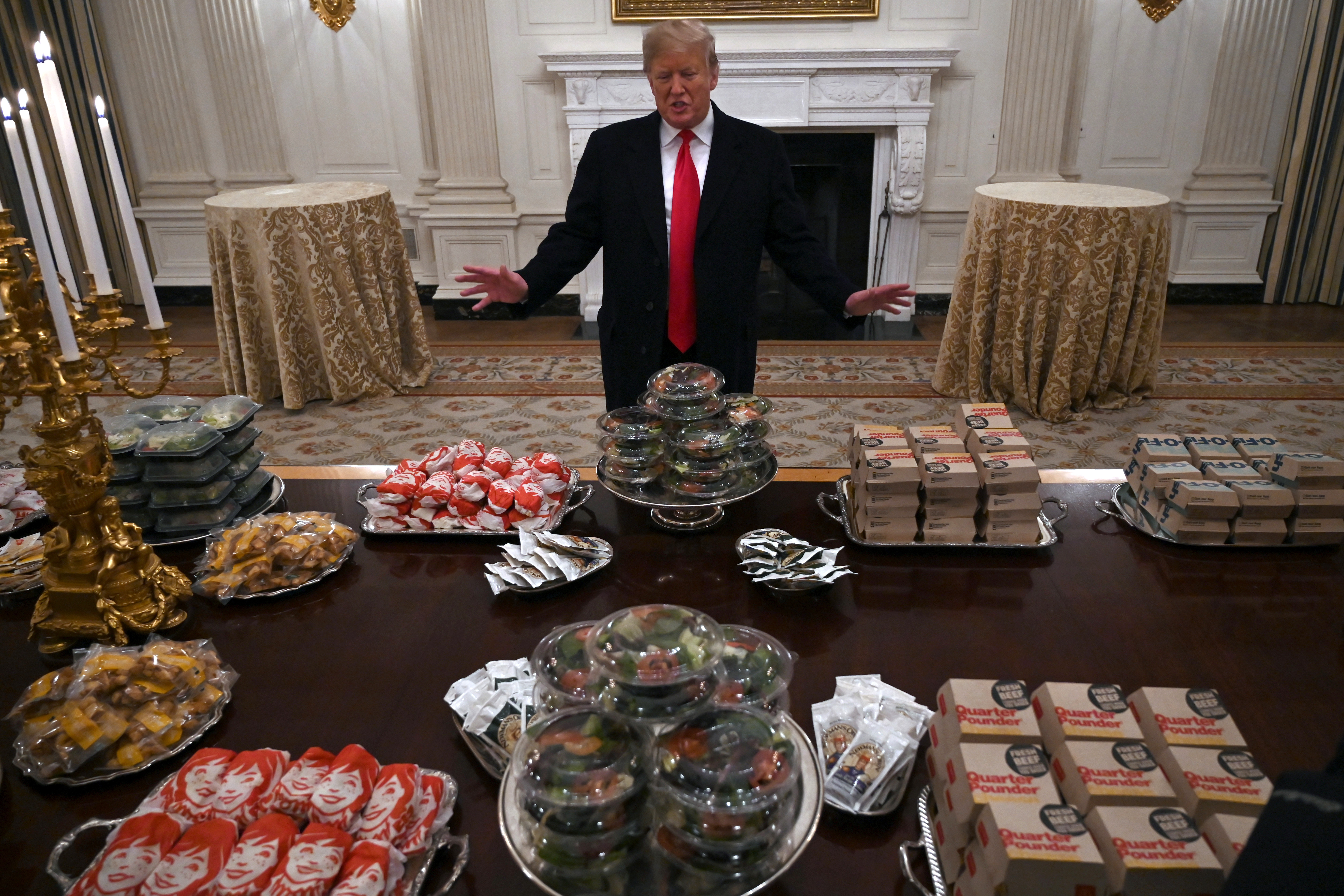 The celebratory meal included pizza, burgers from Wendy’s and McDonald’s – and french fries.

White House cups with the presidential seal on them held the fries. 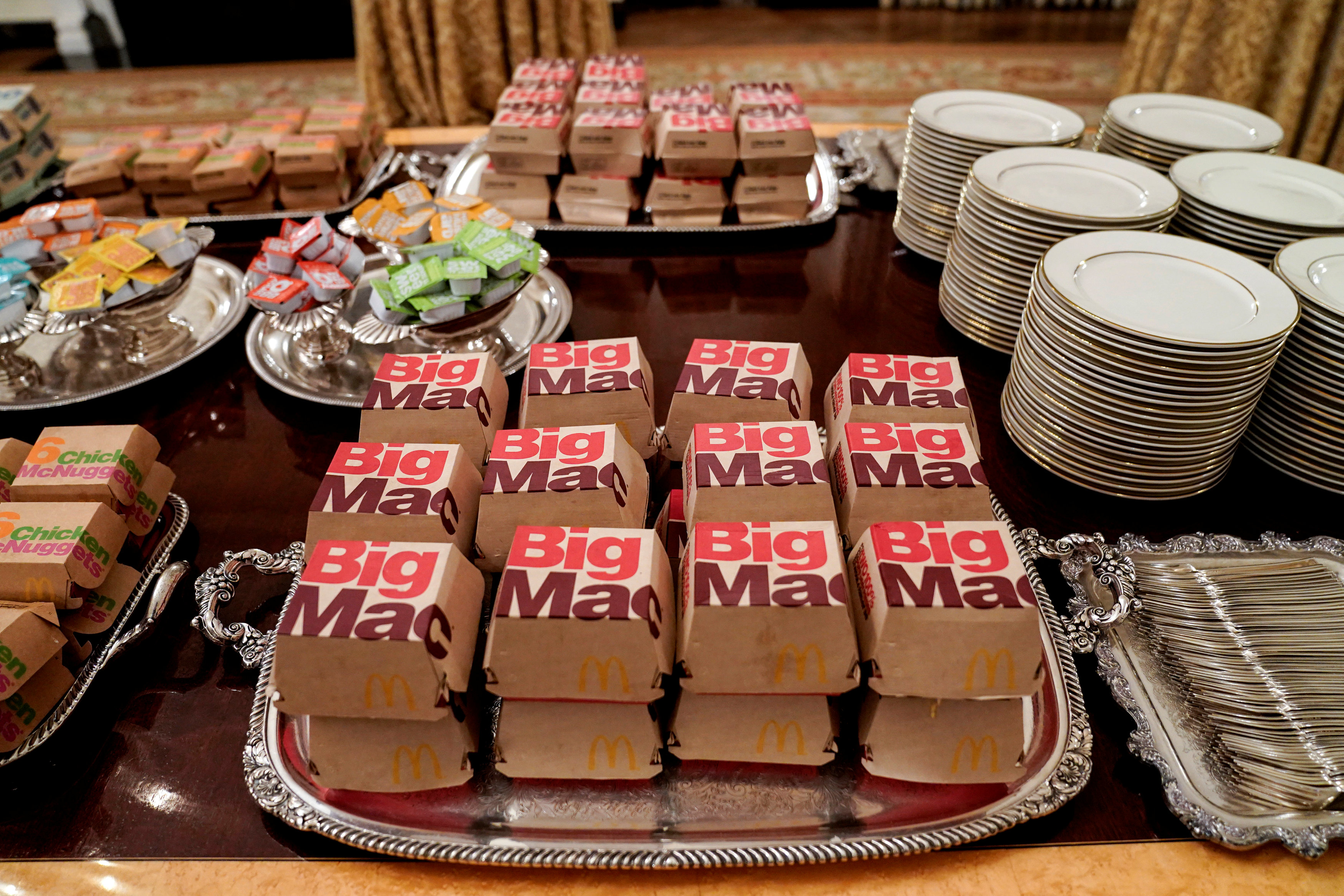 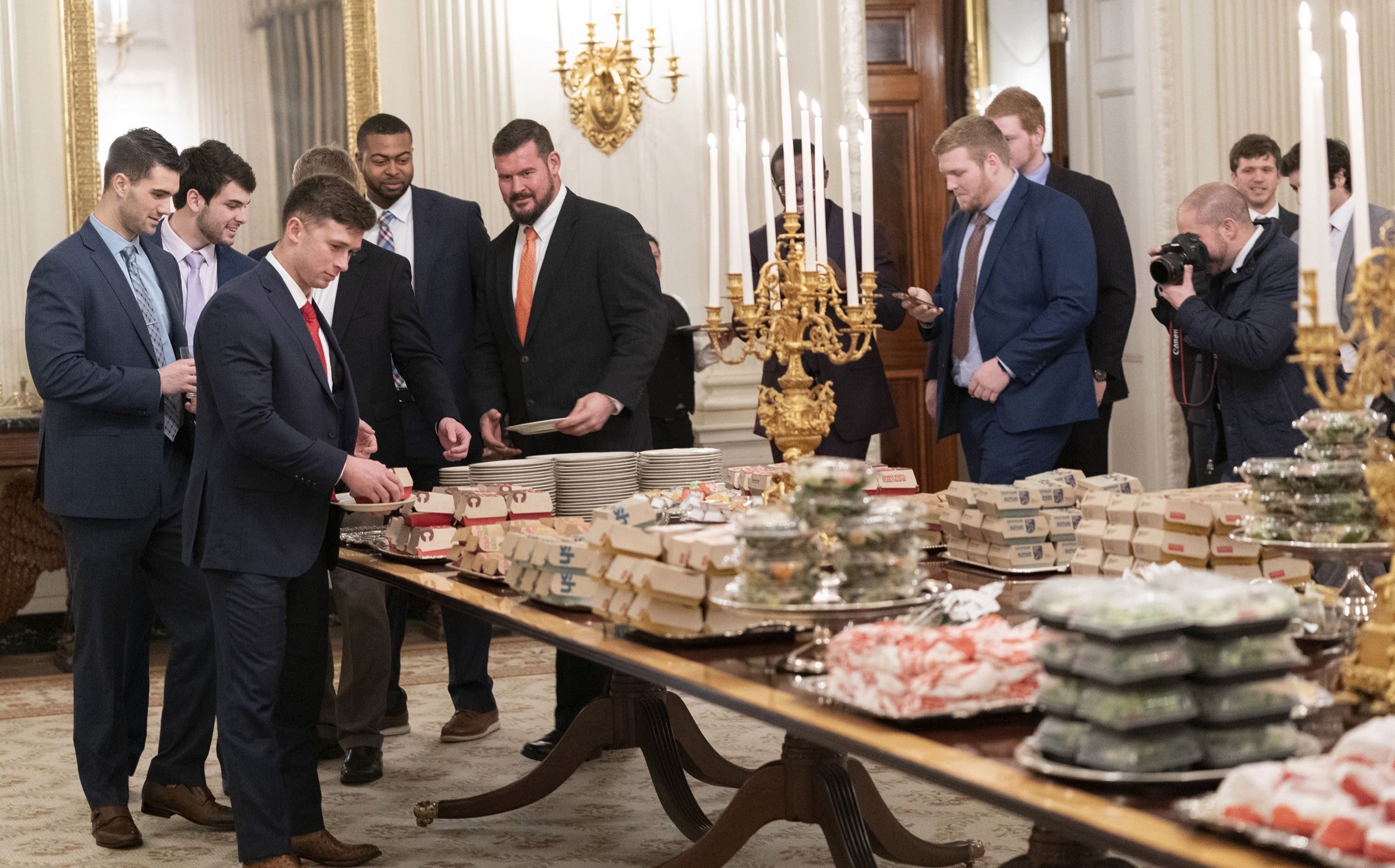 “We ordered American fast food, paid for by me. Lots of hamburgers, lots of pizza,” Trump said.

“We have some very large people that like eating, so I think we’re going to have a little fun.”

Trump claimed he paid for the meal himself because of the government shutdown at the time that furloughed federal workers, including White House staff.

“I had a choice. Do we have no food for you, because we have a shutdown?” Trump told the football players. 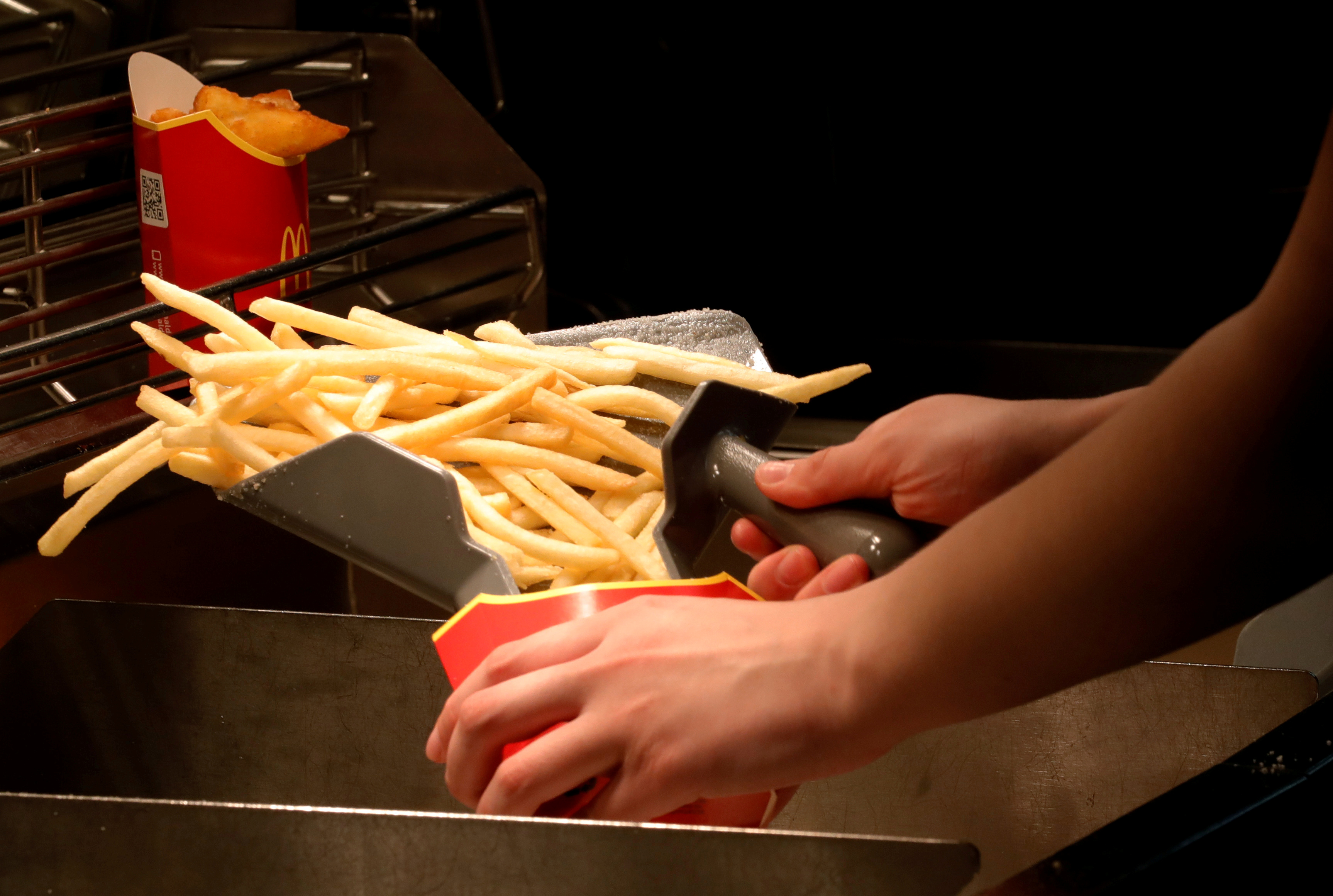 “Or do we give you some little quick salads that the first lady [Melania Trump] will make, along with, along with the second lady [Karen Pence].

“They’ll make some salads. And I said, ‘You guys aren’t into salads.’”