FORMER President Donald Trump is more popular than President Joe Biden according to the approval ratings among American voters – just eight months since the he left the Oval Office. 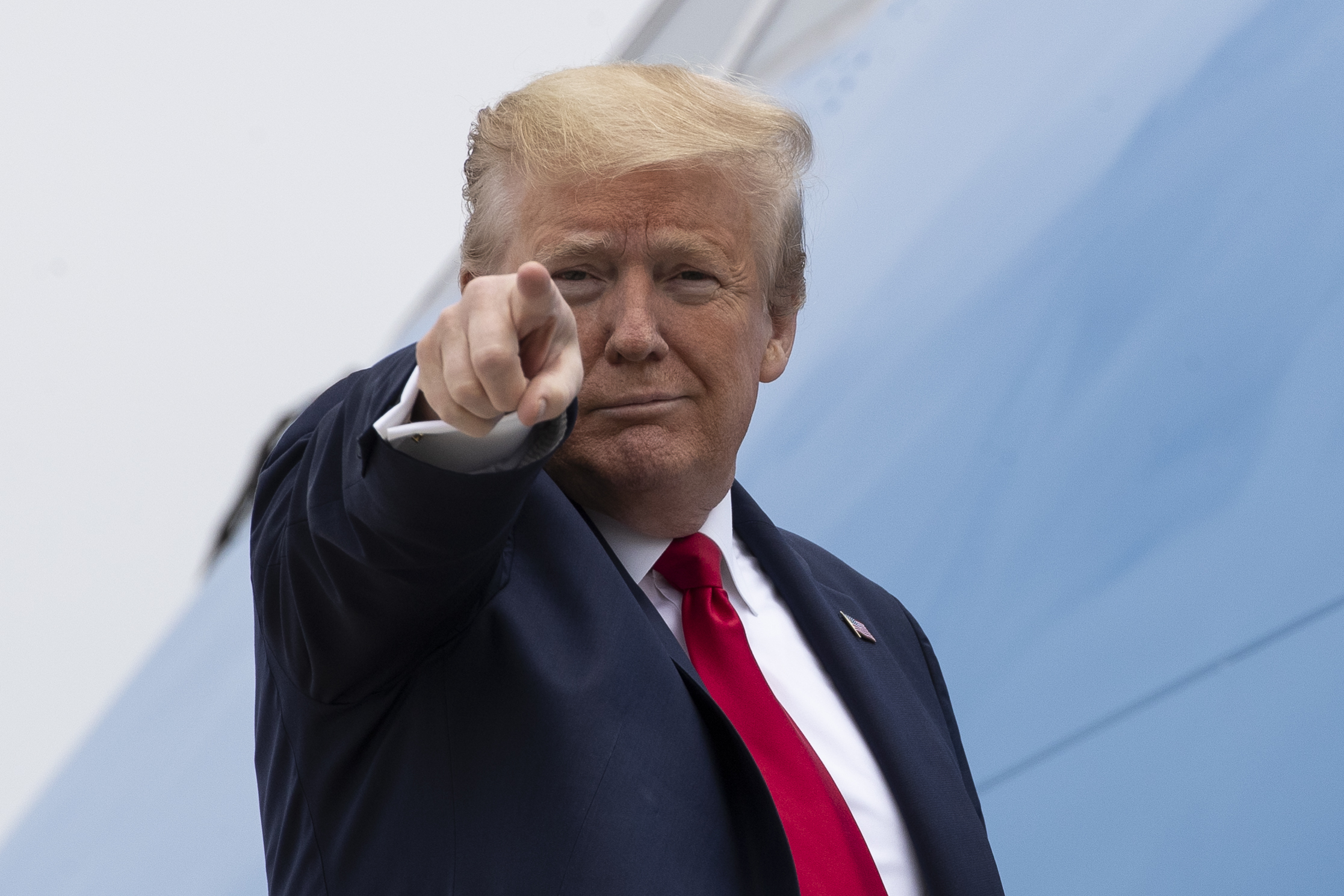 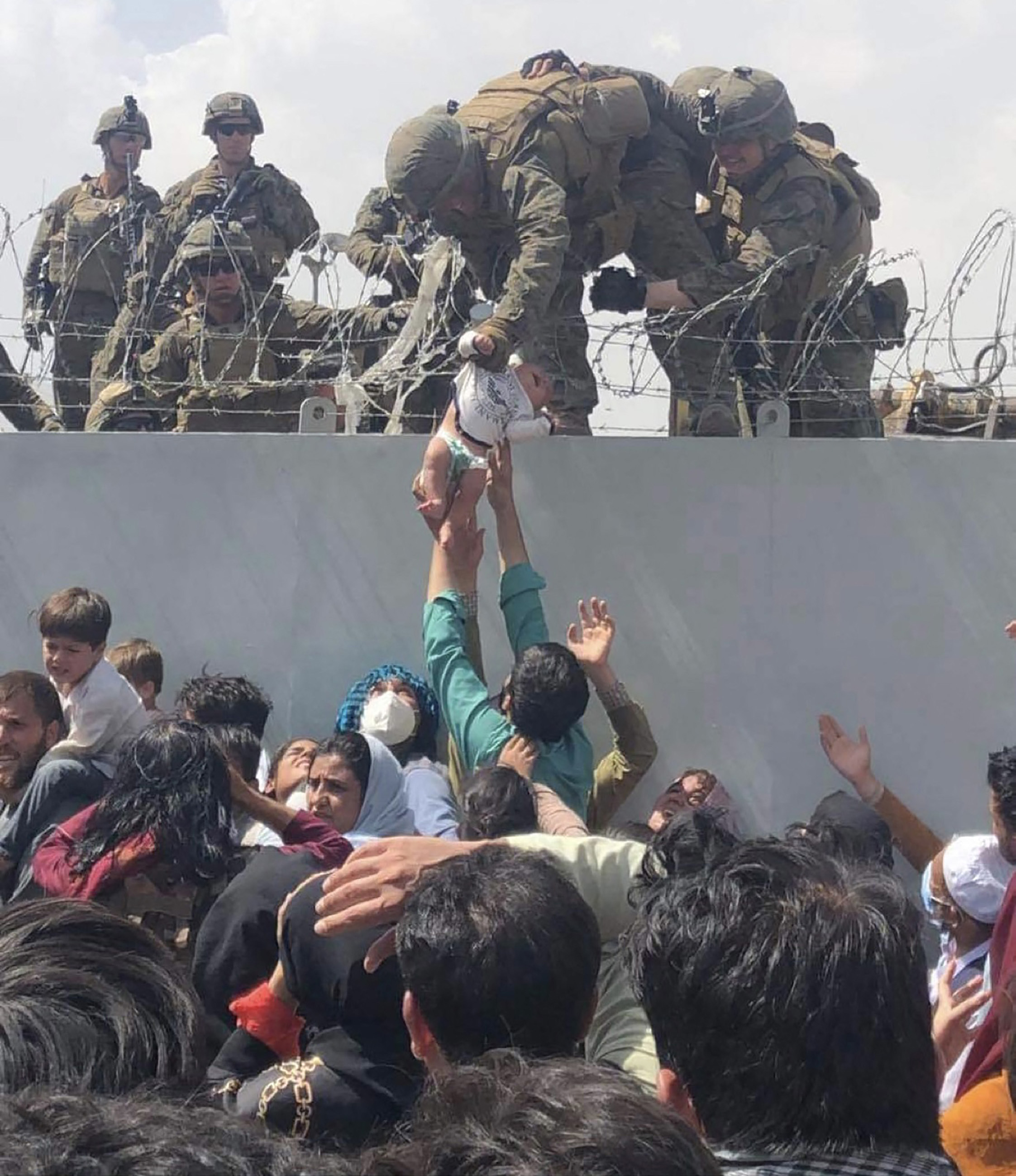 Only 63 per cent say Harris is a better veep than Pence.

Biden’s anemic polling numbers show a dramatic slip from May when Biden was flourishing at 57 per cent.

Mark Penn, co-director of the Harvard/Harris survey, told The Times suggested the domestic and foreign troubles have led to Trump’s rise in American opinion.

“The mounting issues on all fronts have led to the surprise conclusion that Trump is now seen as being as good a president as Biden, suggesting the honeymoon is being replaced with buyer's remorse,” he said.

The cooling on Biden since taking over the White House is reflective of the country’s overall dissatisfaction in government.

The survey found that 69 per cent of voters disapprove of how the country is being governed.

The 78-year-old Commander-in-Chief is currently trying to convince members of his own majority party of moderate and progressive Democrats to come together.

But infighting over the $1.1 trillion infrastructure deal to modernize US roads, bridges, airports and waterways and push a $3.5 trillion climate and social safety net bill is hindering their progress.

It also comes after it's been days since thousands of mostly Haitian migrants have amassed in Del Rio, Texas to cross the Rio Grande and settle in camps underneath The International Bridge.

The camp has dwindled down to about 8,600 desperate migrants composed of many families with young children living in squalor with stick-weaved huts or cardboard box beds and a limited number of portable bathrooms.

Piles of refuse have begun to accumulate as well, according to the Daily Mail.

Biden’s credibility with the American electorate took a major hit after he ordered a retaliatory drone strike in Afghanistan that killed 10 innocent people, including an aid worker and seven children, that was publicly declared to have taken out an ISIS-K planner.

The strike came after 13 US service members at Kabul’s airport were killed in a suicide bombing. It marked the US military's deadliest day in the region since 2011.

Captain Bill Urban of the Central Command described the drone attack, which took place in the Nangahar province of east Afghanistan, as a success.

"Initial indications are that we killed the target" – a "planner" of the suicide bombing, Cpt Urban said, adding: "We know of no civilian casualties."

In a major about-face, Head of US Central Command, General Frank McKenzie, admitted the strike was a "mistake."

He added that it was "unlikely that the vehicle and those that died were associated with ISIS-K or a direct threat to US forces."

"It was a mistake and I offer my sincere apology," he said.

The pandemic as well as Biden’s uphill battle to convince Congress to get on board his “Build Back Better” agenda has caused his popularity to plummet from his height at 61 per cent approval.

Lawmakers are trying to ward off a looming government shutdown on Sept. 30 and trying to figure out how to pass government funding legislation.

The Treasury Department is warning that the US will reach its borrowing limit by October, warning of "serious harm" to the economy if Congress doesn't act to extend it or raise the debt ceiling.

Biden’s approach to curbing Covid-19 has also back.

The survey’s 17-day period took place while Biden thunderously declared a more mandating vaccines that would involve two-thirds of the US workforce.

The rules mandate that all employers with more than 100 workers require them to be vaccinated or test for the virus weekly, affecting about 80 million Americans.

"We’ve been patient but our patience is wearing thin and your refusal has cost all of us,” Biden said during a speech to the country. <<>>

“So please, do the right thing."

Governors from a slew of GOP states are planning to take legal action against Biden’s vaccine policy.