Two gay men begged for mercy as they were caned 77 times each in Indonesia today for breaking Islamic law.

Dozens of people witnessed the men, aged 27 and 29, wince in pain and plead for mercy as a team of five enforcers wearing robes and hoods took turns, relieving one another after 40 strokes.

The men were arrested in November after residents became suspicious and broke into their rented room where they were caught having sex, said Heru Triwijanarko, Aceh’s acting Sharia police chief. 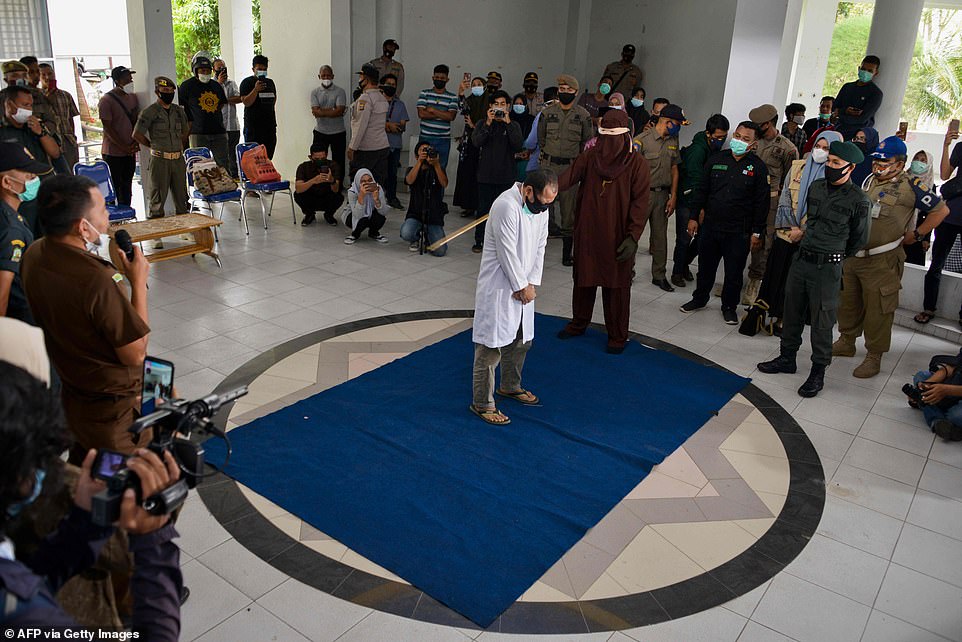 A man accused of engaging in homosexual sex composes himself as he prepares to be lashed by a member of the Sharia police in Aceh today. The man is part of a gay couple sentenced to be lashed 80 times for breaking Sharia law 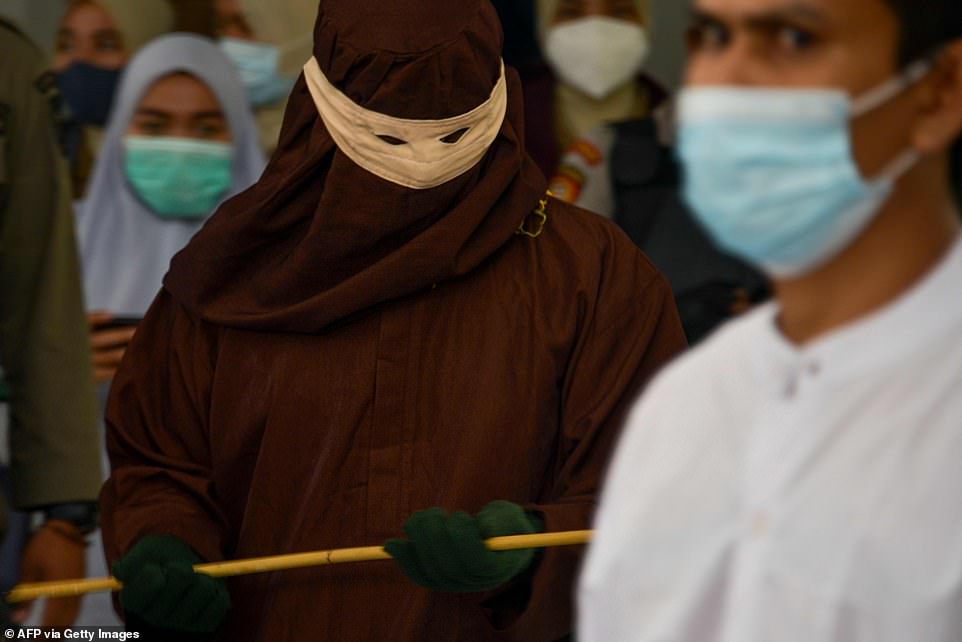 A member of the Sharia police (left) flexes his cane before he whips a man accused of having gay sex, in Aceh today

The officer’s stick shattered as he struck it across one of the men. It was immediately replaced, local media reported.

The punishment was briefly halted and the men, both in their twenties, were allowed a drink of water before it continued.

The mother of one man fainted at the sight of her son being whipped.

Each man was flogged 77 times, three lashes less than their original sentence, because they had already served three months in prison.

Four others were lashed between 17 and 40 times on the same day, for either drinking alcohol or meeting members of the opposite sex. 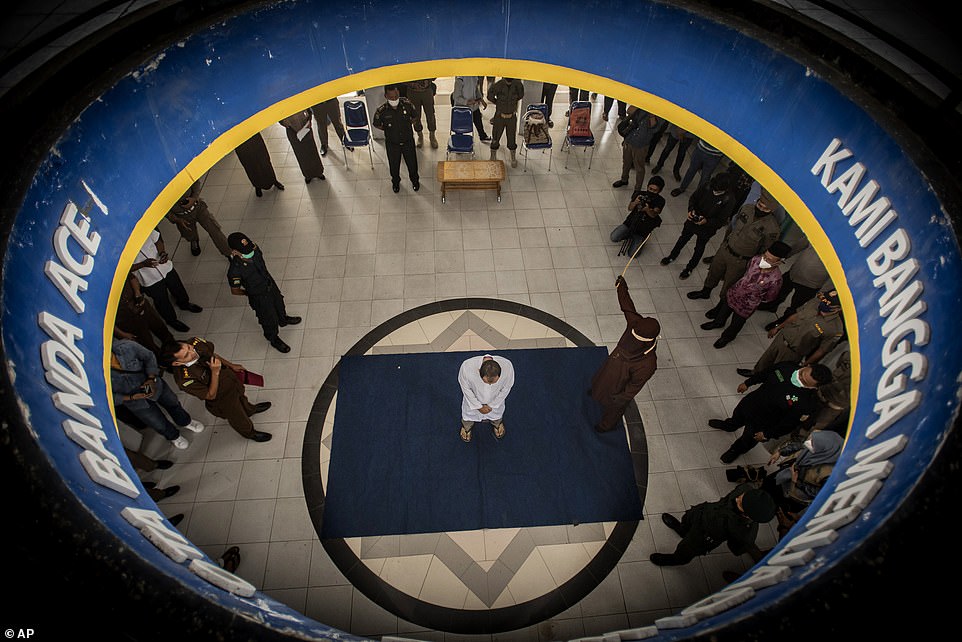 A Sharia officer pulls his cane back before whipping a man accused of having gay sex, in Banda Aceh, Aceh province in Indonesia today 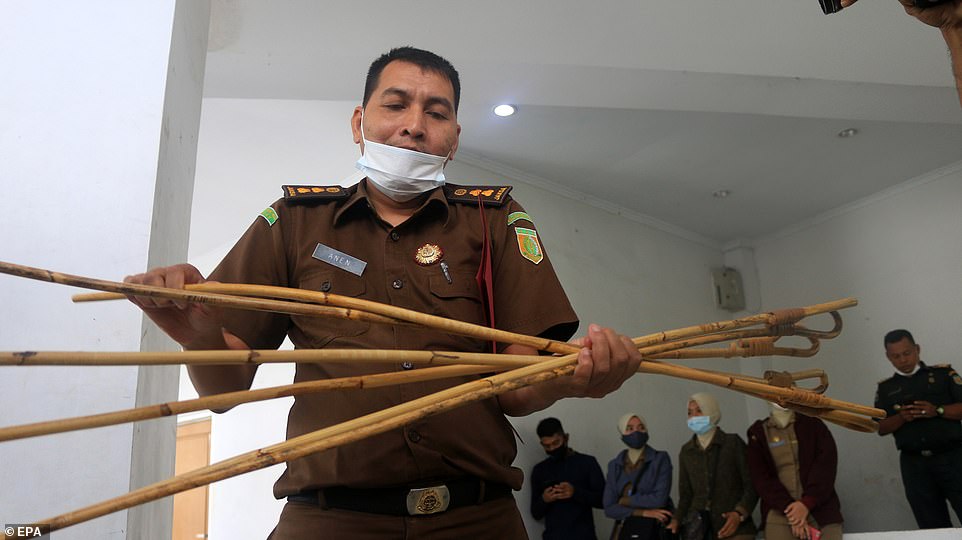 One woman was caned 17 times after being found with her boyfriend.

‘Islamic sharia enforcement is final, no matter who it is, and even visitors must respect local norms,’ public order official Heru Triwijanarko told AFP.

The official said he suspected ‘several locations for homosexual practice’ in the region which are ‘difficult to reveal’. He called on the public to report their suspicions of behaviour which breaks sharia. 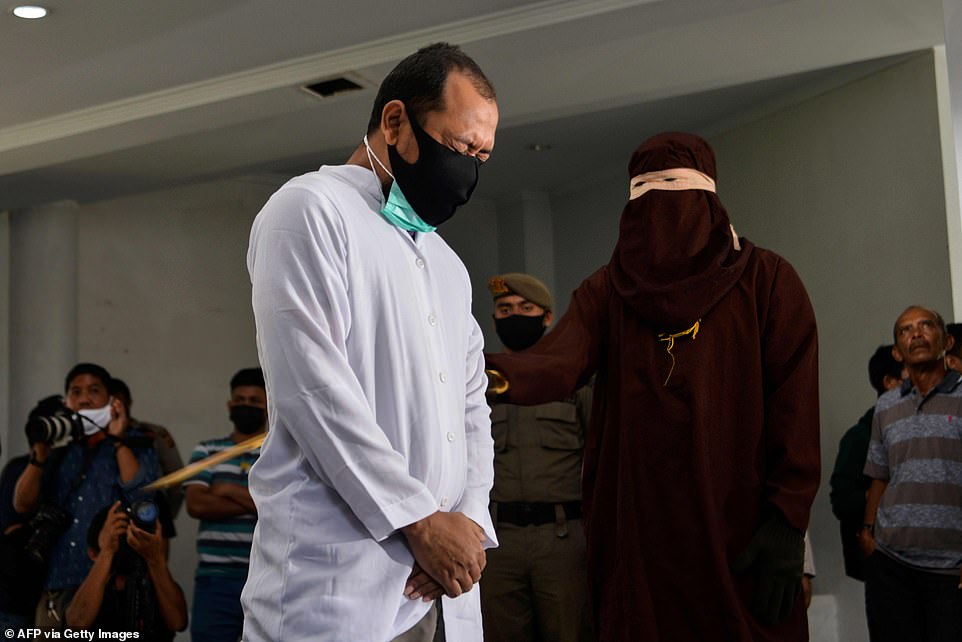 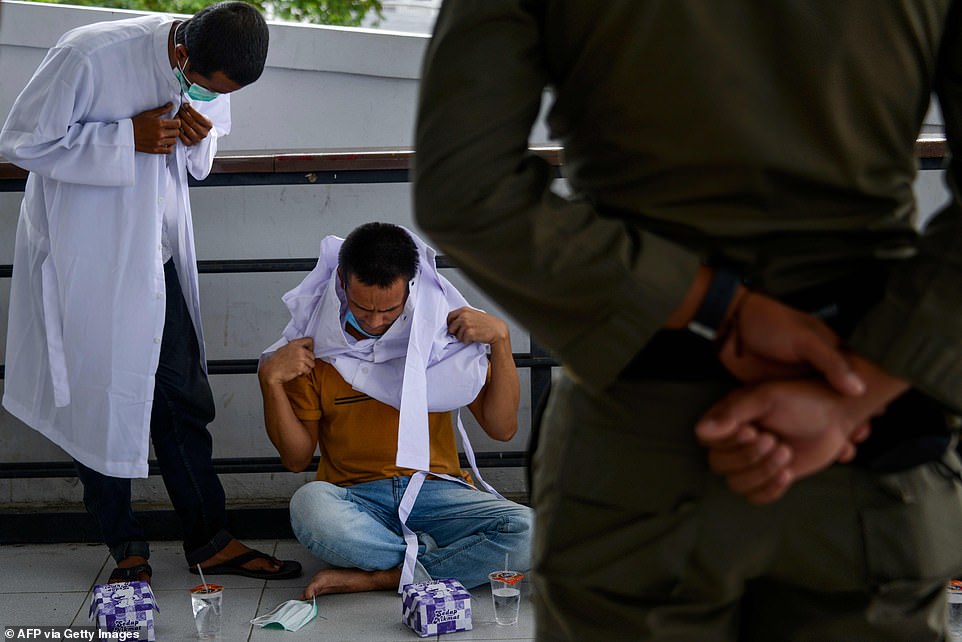 A municipal officer watches a man, who is accused of having gay sex in Aceh, before he is publicly caned today 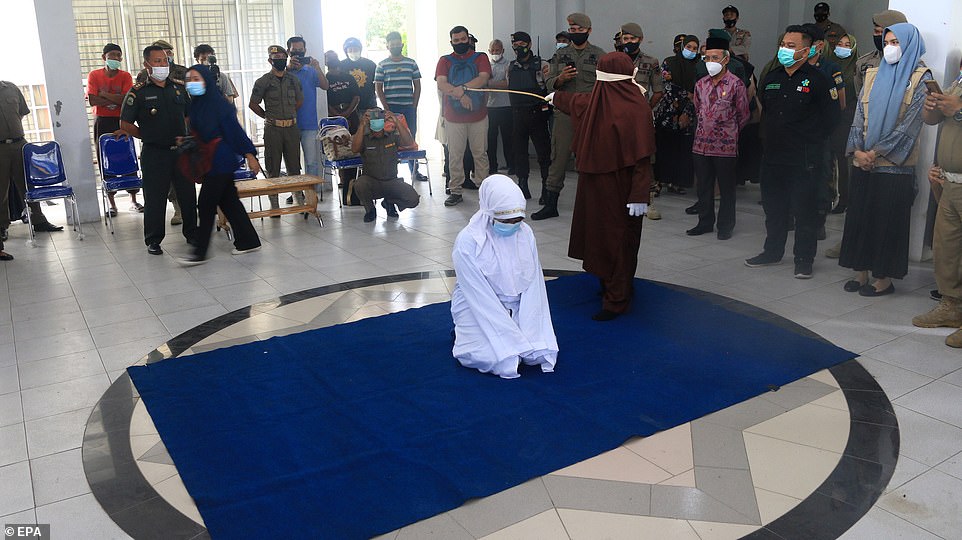 A woman kneels as a Sharia officer poises to cane her during a public punishment for breaking Sharia law. The woman was sentenced to lashes for meeting with her boyfriend 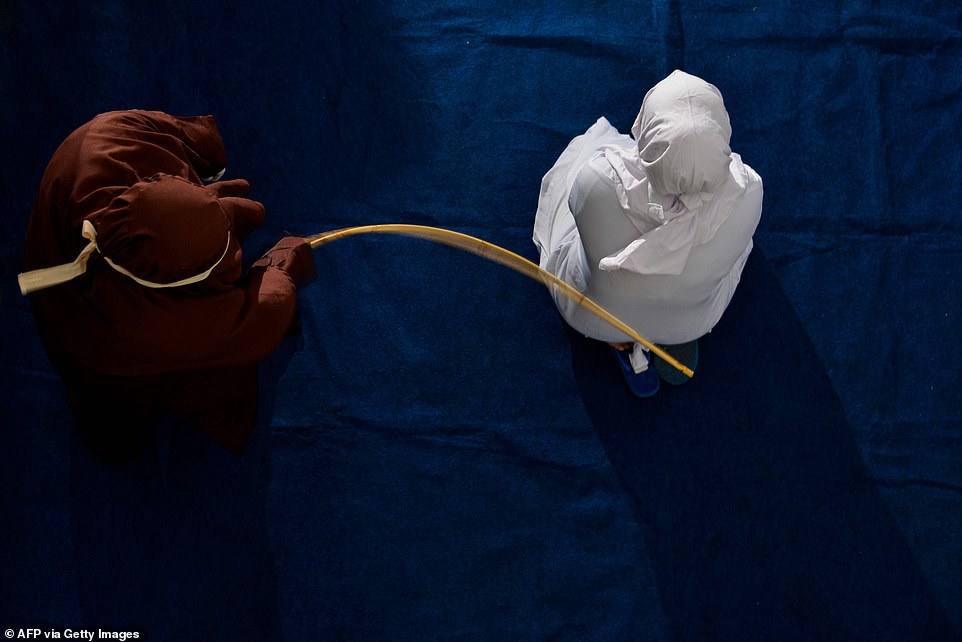 A woman is publicly caned by a member of the Sharia police in Banda Aceh today. She was caught in close proximity to her boyfriend, which is considered to break Sharia law

Gay sex is not illegal elsewhere in Indonesia and Aceh is the only region in the world’s biggest Muslim nation that imposes the Sharia law.

In Aceh, on the northern tip of Sumatra island, public flogging is a common punishment for a range of offences that include gambling, drinking alcohol and adultery.

Human rights groups slam public caning as cruel, and Indonesia’s President Joko Widodo has called for it to end.

But it has strong support among Aceh’s population.

The region started using religious law after it was granted special autonomy in 2001, an attempt by the central government to quell a long-running separatist insurgency.